Generally, I get along well with children and animals. Something about my disposition, personality, or perhaps my general vibe, helps us “click.” This was not the case, though, when I recently met the three-month old daughter of friends here in Bangkok. 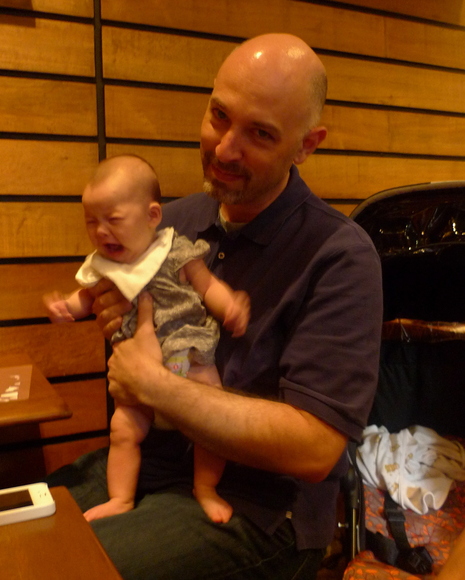 This little pumpkin was fussy from the get-go, giving me only a few tear-free minutes. I tried rocking, standing, sitting, cooing, singing… anything to soothe her. Eventually, giving her back to mom was the answer.

The extent to which a population cycles depends on what infrastructure is available to them. Striped bike lanes? That will encourage some people to venture out on bicycles. Dedicated lanes that are physically separate from traffic? That move makes bicycling even more appealing, especially to new cyclists. The Netherlands takes the proverbial cake for bicycle friendly infrastructure, though, especially with the recent opening of a dedicated bicycle roundabout that “floats” above a busy vehicular intersection. 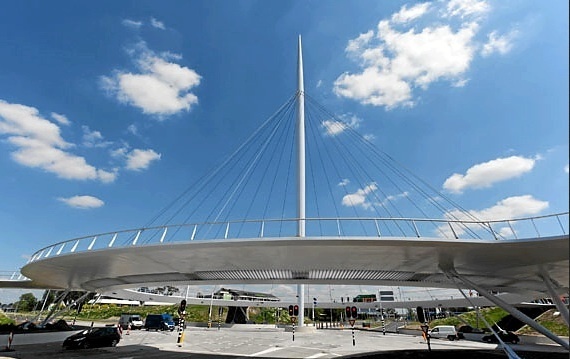 The roundabout is located in Eindhoven, a suburban setting that would look familiar in many parts of the United States. Large streets carrying lots of fast moving vehicles meet at a traffic circle (okay, not so typical in the US!), something that could be tricky for cyclists to safely navigate. 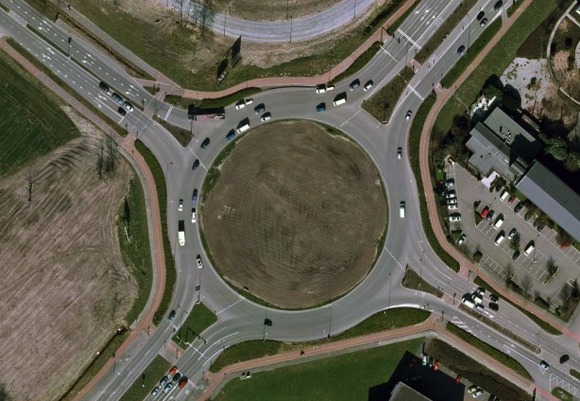 The original design of the roundabout already had bicycle paths that were physically separate from the road, although cyclists still had to cross the roads at traffic signals. This design vastly improves on standard practice in most countries, but for the Dutch, it was not safe enough. 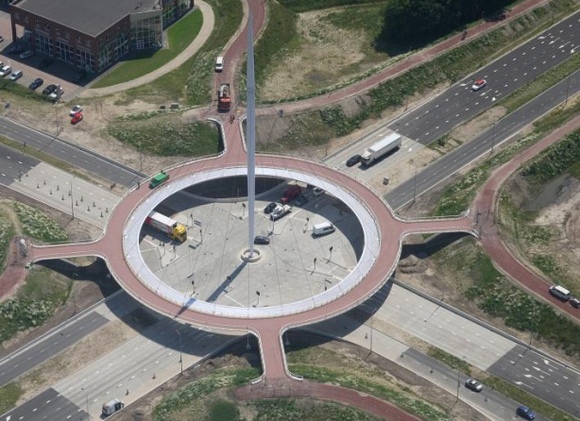 It seems to me that these type of infrastructure investments are very beneficial to society. They encourage more people to travel under their own power and increase transportation safety at the same time. This reduces traffic congestion and energy consumption, both worthy results. Plus, the roundabout’s design is elegant.

Recently had brunch at Gastro 1/6, a small cafe at the RMA Institute deep in Sukhumvit Soi 22. When I ordered the following, they asked if I wanted a scoop of ice cream with it. 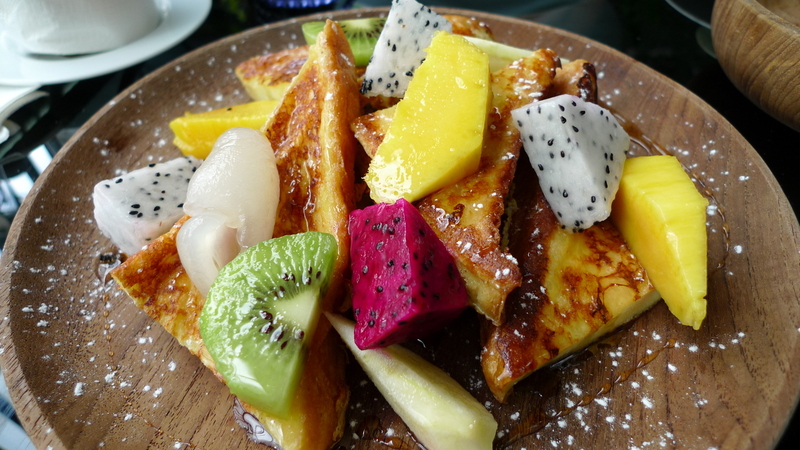 I guess I thought of French toast with fresh fruit as more of a breakfast dish than a dessert, but when the fruit is this sweet and it is drizzled with maple syrup, I guess it isn’t that far from a dessert, is it?

Thought I would conclude the week with a pair of beautiful nighttime shots showing two different bridges here in Bangkok. 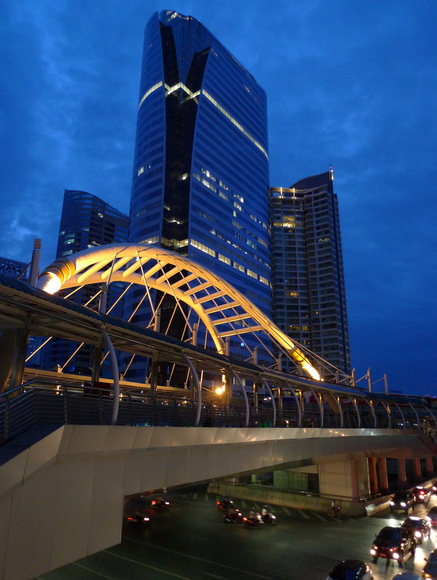 This is the pedestrian bridge at the intersection of Narathiwat and Sathorn roads. The tall building is the Sathorn Square Office Tower, which opened just recently. The shorter building on the left is the soon-to-open W Hotel Bangkok. 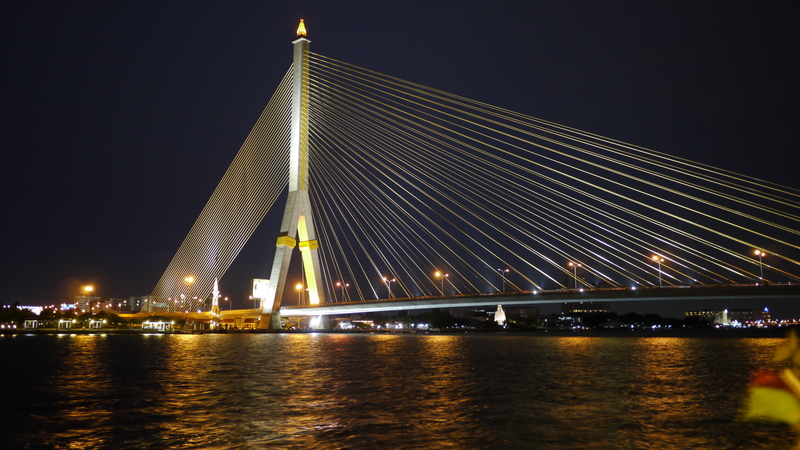 This is the Rama VIII Bridge across the Chao Phraya River. This single pylon, cable-stayed bridge is two and a half kilometers long and will be celebrating its tenth anniversary next month. It is a beautiful bridge.

It was at a pretty nice riverside seafood restaurant here in Bangkok that I saw the following. It wasn’t until I read the sign that I knew what it was. What do you think it is for? 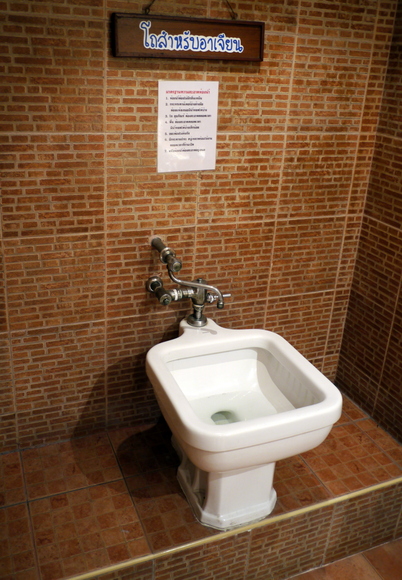 That’s right, it is a special sink/toilet just for throwing up. Why they would need this at a nice restaurant is completely beyond me. Maybe at a bar it would make sense, but here?

In case you are curious, it is in the same area as the urinals – not partitioned off like the regular toilets. 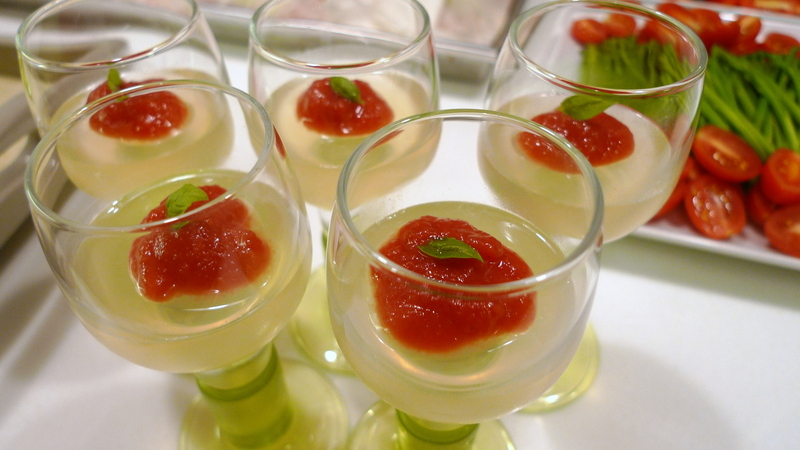 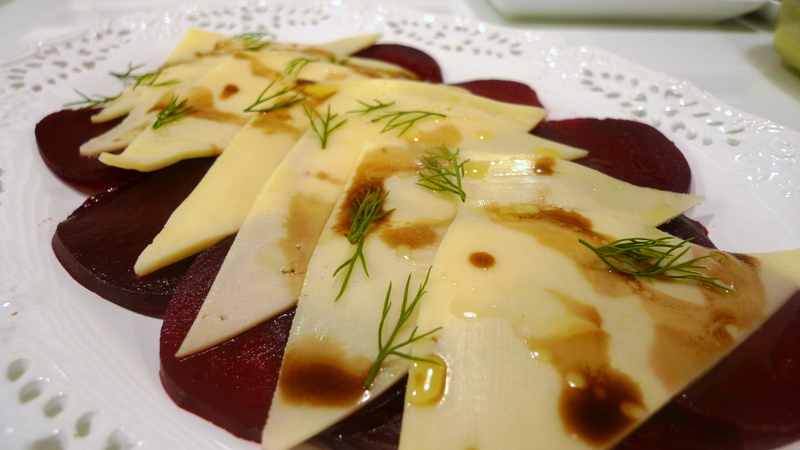 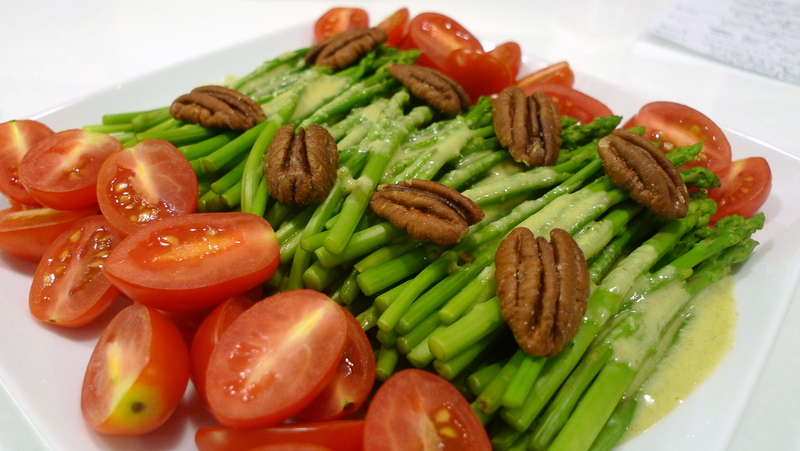 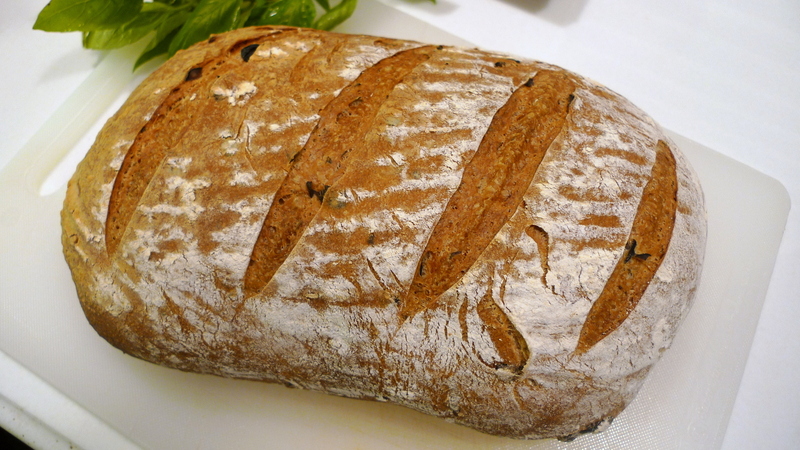 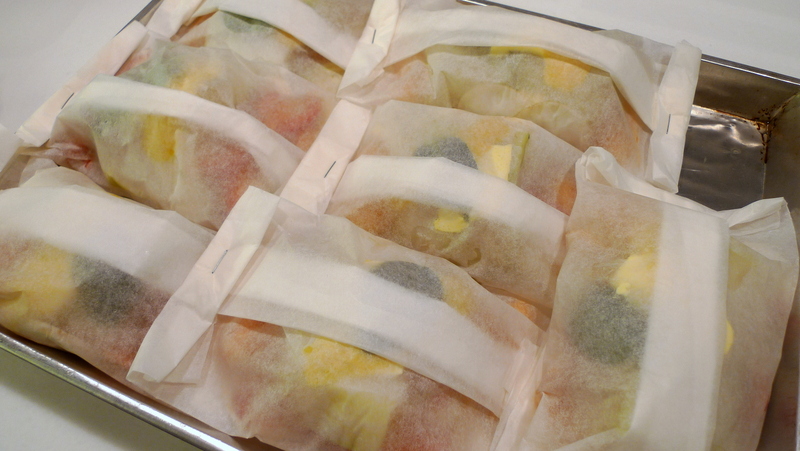 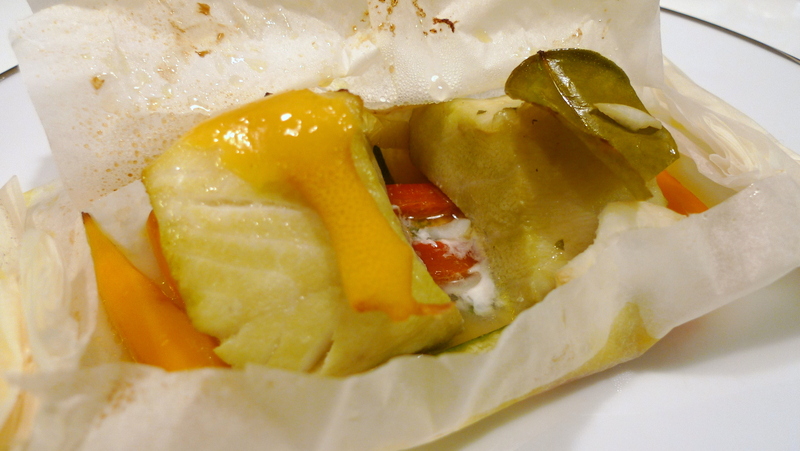 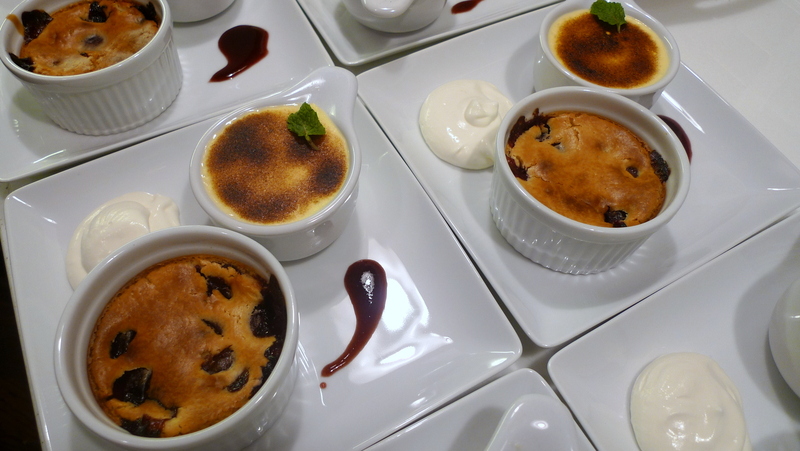 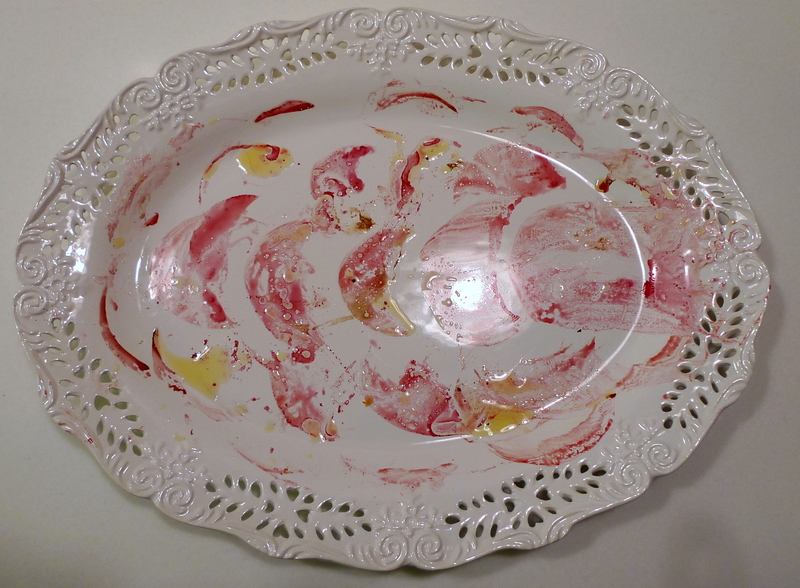 Sometimes the universe throws things your way that can be attributed only to remarkable serendipity. As I had just exchanged of comments with another Xangan about how technology has rapidly changed in the past few decades (in this case, in the context of how to meet people – you remember when people placed personal ads in a newspaper and would receive responses to their post office box?), I came across this funny smartphone accessory: 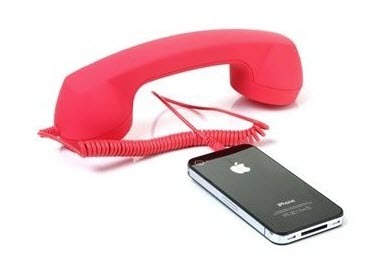 The Broconi Retro iPhone Handset. Using a form that will be familiar to anyone over the age of about 30 (or who has watched Mad Men), the handset plugs into the audio jack or 30-pin connector on your smart phone. Sure, it is wildly impractical, but with all the concern over smart phone radiation frying your brain each time you make a call, maybe it’s a forward-thinking idea to keep your phone away from your ear. I can’t think of a more stylish way to accomplish that.