Interesting conversation recently. It began with the subject of the fast food workers who were striking to earn $15 an hour. It continued with a discussion of how the middle class in the United States has been hollowed out, with meaningful, well-paying jobs going overseas as consumers search for the least-expensive items without regards to the impacts of those purchasing decisions.

From there, we talked about the high cost of Starbucks coffee versus the coffee at McDonald’s. I pointed out that, while there may be many reasons to explain the price difference between Starbucks and McDonald’s, one main reason has to be that Starbuck’s provides a relatively generous set of benefits to front-line employees, compared with McDonald’s. Kind of illustrates the point about the impacts of our purchasing decisions. 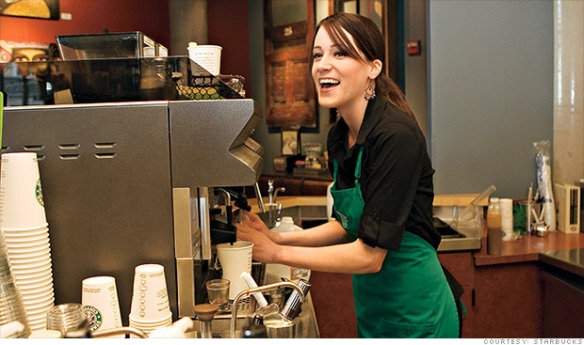 What do children really need to get a good start in life?  If what I’ve read from many sources is correct, there are three key factors that set a child on a path of future success, both in terms of being employable as well as in terms of having a generally healthy life:

All three of these should be the case regardless of the neighborhood, city, state or country in which you live.  That’s an awful lot to bite off and chew, I know.

Recently, though, I’ve been thinking about the education aspect of how we raise our children.  (While broadly applicable to all nations, part of my following comments are based on my perspective as an American.  My apologies and I hope the rest of the entry will be thought-provoking for non-American readers, too.)

American children are well behind their international counterparts in reading, writing, maths and science.  They go to school for fewer hours a day and fewer days a year than their peers in the academically leading countries.  The quality of schools and the availability of texts, equipment and teachers varies widely even within a single metropolitan region or state. 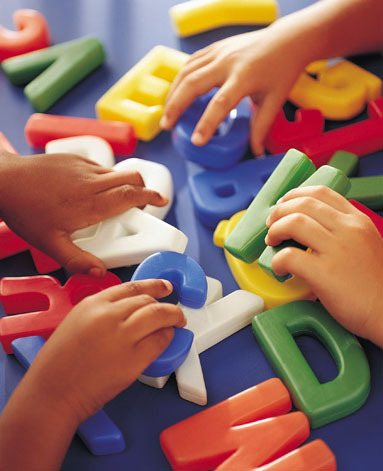 This leads me to wonder whether we are doing enough to prepare our children for future success, considering that future employment success relies increasingly in knowledge economies, a market which America no longer has cornered.  There are many definitions of success, but surely one of them is being equipped to earn a meaningful living.

At the same time, America has the highest incarceration rate in the world and states with tough but senseless sentencing mandates like California’s “Three Strikes” law see ever-increasing prison populations (and an ever-increasing average age of prisoners), adding unbearable costs to a bankrupt budget.

Could it be that there is any correlation between these two?  Could our lack of a quality education, especially in demographic areas that are traditionally challenged in an socioeconomic sense, be the cause (or, at least, a cause) of the crime?

This is one of those issues that, when I think about it, the answers seem really obvious.  The connection between the ills that we do not want plaguing our society and the things we do (or fail to do) that would help, stare me in the face.  Maybe I’m the only one who sees this and what I’m seeing is incorrect?

Doesn’t it make sense that we as members of society would benefit greatly if the quality and quantity of education received by our children was increased?  Here are some things, in no particular order, that might contribute to a solution.  Let me know your thoughts.

Year-round school.  Right now, American students get a summer break of about three months.  This was useful in agricultural times when the students were needed at their parents’ farm to help with the crops, but in this day and age, it seems unnecessary.  The average student loses about one month’s worth of learning during the long summer break.  Let’s follow the lead of many other nations (and even some school districts within the US) and move to a more year-round schedule.

More days in the school year.  American students spend about 180 days in school each year, about 15 less than the average in other developed countries.  Some countries, notably those in East Asia, have students in school more than 200 days a year.  Over the course of 12 years, that is the equivalent of an entire year’s worth of lost education.  (Data from an article in the Economist.)

Longer school hours.  American children spend less time in school than their peers and have less homework.  More hours doesn’t necessarily equal a better education, but considering that after school most students are going home and turning on the television or playing video games, I suspect we could do something more beneficial with that time.  Maybe that’s where the following idea comes in:

Restore arts, music and the social sciences (including civics) to the curriculum.  In the past decades, we’ve seen an increasing emphasis on “teaching to the test”.  Largely, though, this hasn’t resulted in improved performance of American students.  Instead, their knowledge is more and more lopsided, focusing only on the silos of information in which they will be tested.  Other subjects such as the arts and music tie into success in maths, sciences, reading and writing.  Social sciences also work to produce educated, engaged citizens.  Ones who know how many states there are and how laws are enacted, for example.

Guaranteed equality in resources.  Schools within a given state should all meet a certain minimum standard of resources, including teaching materials and teachers.  It doesn’t make sense that because of accident of birth, a child growing up in a wealthy suburban neighborhood will get a better public education than a child born in a poverty-stricken urban or rural area.  If we are going to tackle larger societal issues such as public health and crime reduction, those children growing up amidst poverty are the most in need of educational resource minimums.

More parent and community involvement.  Parents seem less involved in their children’s education than they used to be.  Teachers report a lack of discipline and reinforcement in the homes, making their teaching jobs more about policing behavior than about educating.  On the flip side, though, security and liability fears make it so difficult for adults (parents, let alone other members of the community) to get involved in their local schools.  Once-a-year safety classes, registration and background check requirements, etc. make it extraordinarily difficult for people such as retirees, who might have the time and inclination to volunteer, to get involved.

More compensation for teachers but also an expectation of higher performance.  A lot of these proposals will mean more work for teachers, a professional group who Americans pay little respect and little salary.  From my time spent in Asia, I’ve observed that teachers here are respected second only to parents and clergy.  If we want our teachers to work harder, we need to start compensating them for the important role they play: shaping the future of our citizenry.  At the same time, there are teachers out there who don’t love what they do and aren’t very good at it.  Just as with any other profession, there need to be performance standards that are rewarded and those who don’t achieve the standards should not be in the profession.

These are just some ideas and aren’t going to change the world, I know.  But it seems that these types of ongoing, intractable problems have some pretty pragmatic solutions.  Why is it so hard to put them into place?