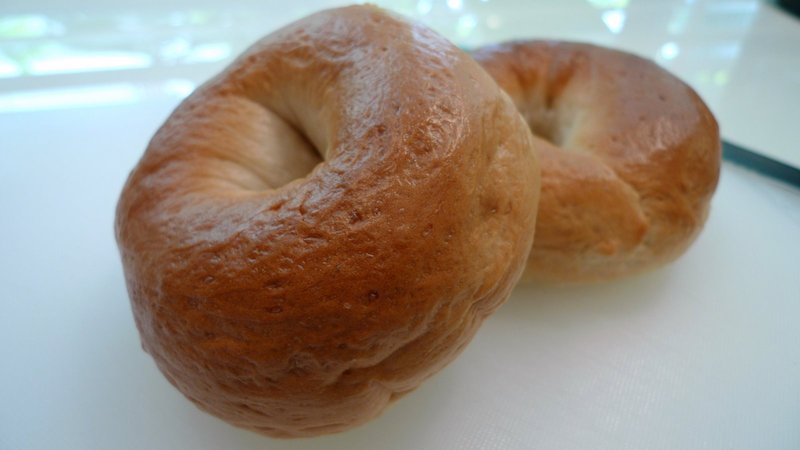 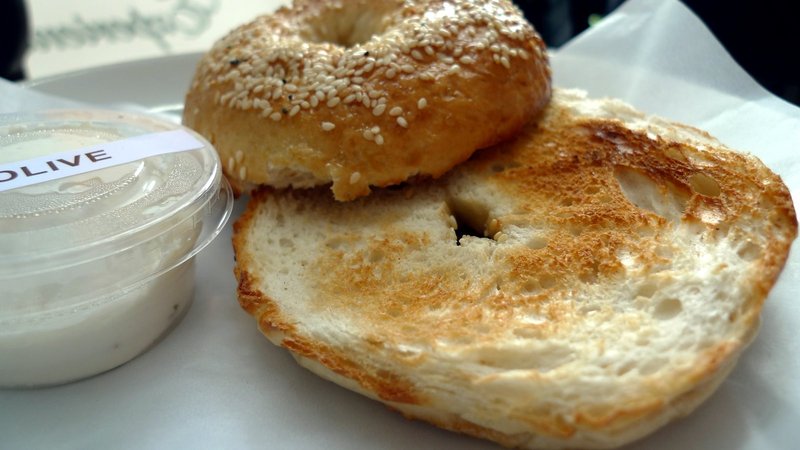 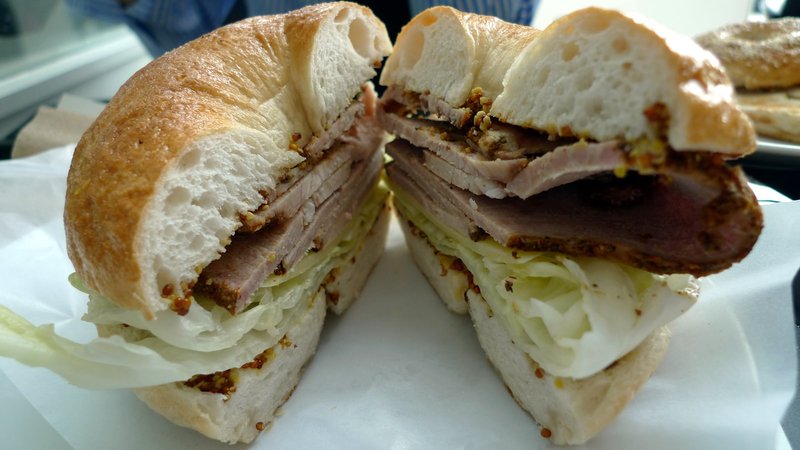 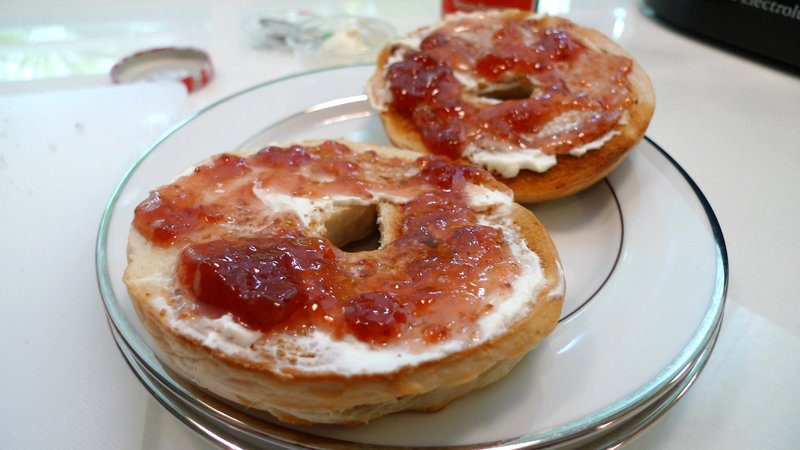 Is it perhaps some sort of sibling rivalry?  Listening to the leaders of Bangkok, one could be forgiven for thinking that they were feeling a little bit of envy of their better manicured regional sibling, Singapore.  Like listening to a youngster who both admires and despises his older brother, I chuckle each time an idea is mooted that seems to be chasing after Singapore: Let’s build a giant Ferris wheel by the Chao Phraya River!  Let’s relocate street vendors into clean, well lighted facilities!  Let’s build an endless chain of malls from Siam Square to Sukhumvit!

Not that there is anything wrong with these ideas – well, except the Ferris wheel – but it seems that our civic leaders should find the confidence to just say what we all know to be true: We’re not Singapore, we never will be, and that’s perfectly fine.  After all, if we were so much like Singapore, we would lose a large chunk of our tourists: the Singaporeans on holiday from their overly-staid city state. 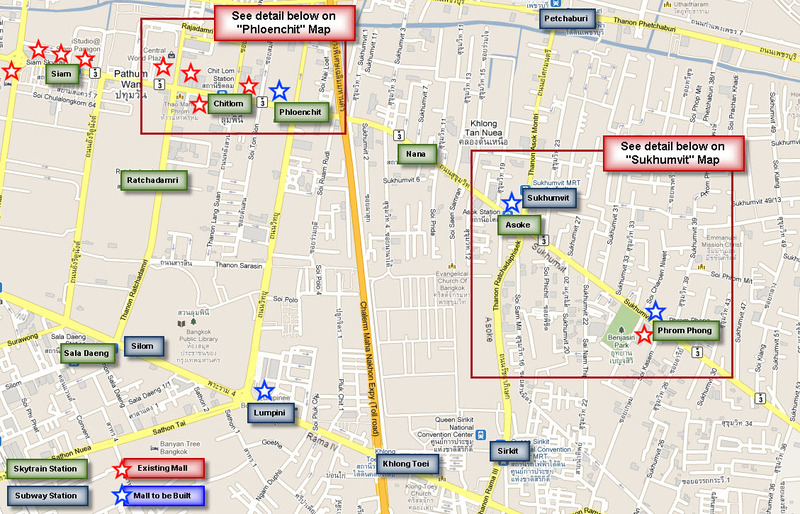 One area of the sibling rivalry in which we are making progress is the building of malls.  Singapore may well have its Orchard Road, but we have our (admittedly difficult for visitors to pronounce and often taken over by protesters) Ratchaprasong Shopping District, stretching roughly from MBK and Siam Square on the west to Central Childlom on the east.

You could logically extend the shopping district along the same street (which confusingly changes names from Rama I to Phloenchit to Sukhumvit along the way), bypassing the rather frightening Nana district and ending up at Asoke and Phrom Phong, which are seeing the development of their own new malls.

Let’s take a look at some of that development. 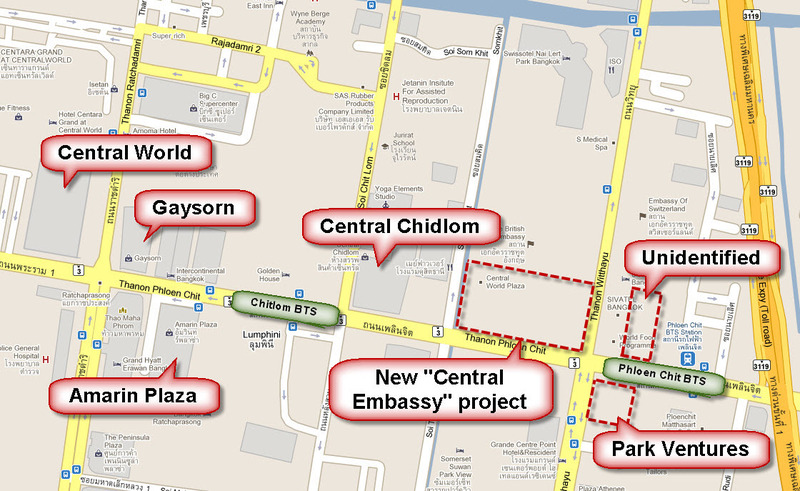 In the Phloenchit area, which stretches from the Chitlom to Phloen Chit Skytrain stations, there are three new developments.  In addition to these new developments, the reconstruction of Central World Plaza, which suffered severe fire damage in the wake of protests that were broken up on May 19 of last year, looks to be proceeding on pace for reopening by year’s end.

The largest new project, long discussed but finally announced this week, is Central Embassy, built by Central Retail Corporation, owners of the Central World Plaza and Central Chidlom properties, among others. 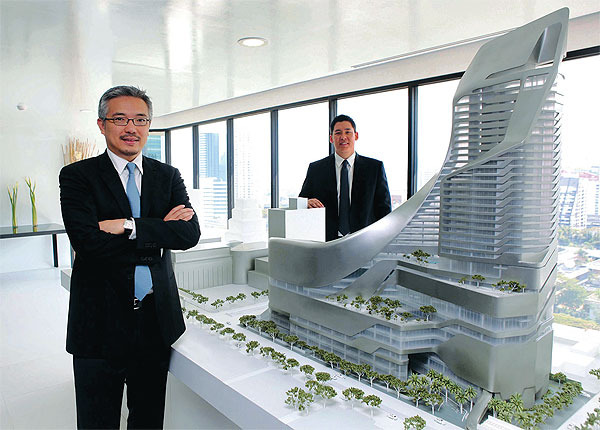 Built between Chidlom and Phloen Chit stations on nine rai (14,400 square meters) of land bought from the British Embassy, this 37-story multi-use development will contain 70,000 square meters of retail on eight floors along with a 222-room luxury Park Hyatt hotel.  Its design will feature a unique “twisting ribbon” that should add another landmark to the city’s skyline. 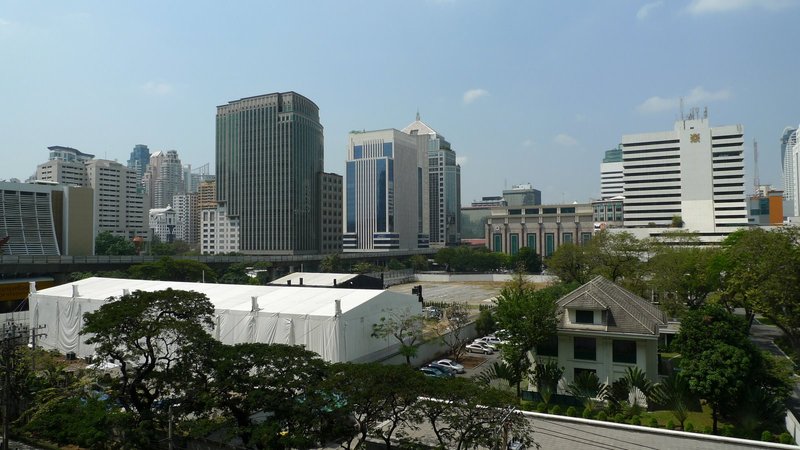 A view of the Central Embassy project property looking west towards Central Chidlom (white tower on the right and the shorter brown and green building to its left).  Buildings on the British Embassy grounds are in the lower right of the picture.  The angle showed here is equivalent to looking at the model in the previous picture from the far right side of that picture.

When it is complete in late 2013, the Central Embassy project will have an integrated facade with Central Chidlom, including a bridge connecting the two.  Central Chidlom will reportedly be renovated so the two properties have a consistent look, giving Central Retail Corporation a second large mall (along with Central World Plaza) in less than a one-kilometer stretch of Phloenchit Road.

Also in this neighborhood, not 100 meters to the east, is a large stretch of empty land next to Phloen Chit station.  (Pardon the poor job stitching two photos together.)  This property has undergone fitful attempts at development over the years, with constructions workers coming in from time to time to clear the land of vegetation and put up construction fencing, only to do no further work.

This week the process started again with the clearing of an old building at the front of the property which had served as the sales office for whatever project had initially been started before the Asian economic crisis more than a decade ago.  No signage has been posted yet indicating what the development will contain, but based on the neighborhood and size of the property, it seems likely that a mixed-use building with retail, office, and possibly condominiums or hotel rooms will be built. 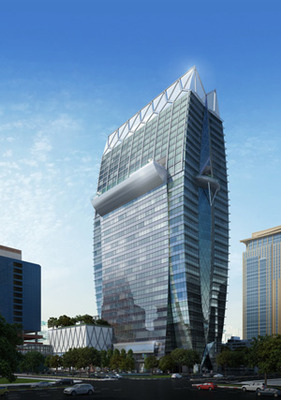 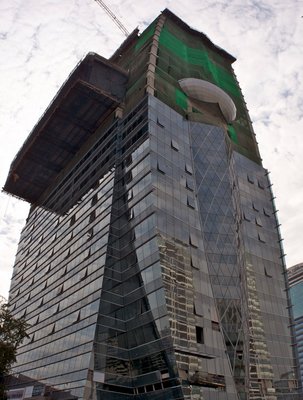 Directly across the Skytrain tracks from this property is the Park Ventures Ecoplex, a combination office building and 33-story hotel that will be finished this year.  Once all these properties are complete, all the free land at the Ploenchit-Witthayu (Wireless Road) junction will be developed, baring the demolition of any older properties. 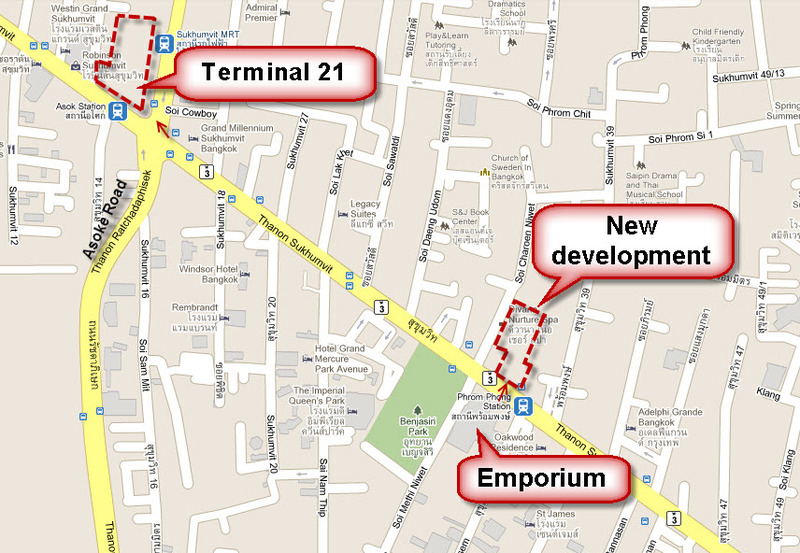 Follow Ploenchit Road east a few Skytrain stops and you get to the middle  of Sukhumvit Road, an area populated with expats and well-heeled Thais.  Since 1997, The Emporium, owned by the Mall Group (part-owners of Siam Paragon), has been the main shopping center for this area.  In fact, it was the first mall to have a direct connection to a Skytrain station, something that has helped it continue to be popular even in the wake of the explosion of malls around Siam and Ratchaprasong. 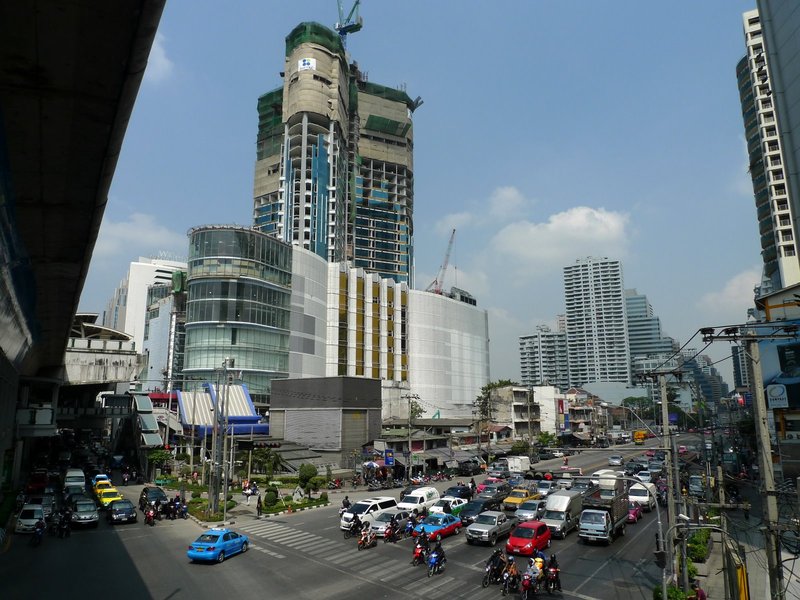 The Emporium’s retail monopoly of the mid-Sukhumvit neighborhood is set to end this year as the new Terminal 21 project (previous entry about it) finishes construction at the junction of Sukhumvit and Asoke Roads.  Featuring a nine-story mall including a cinema and 40,000 square meters of retail space, the project will also have 145,000 square meters of office space and a 20-story serviced apartment. 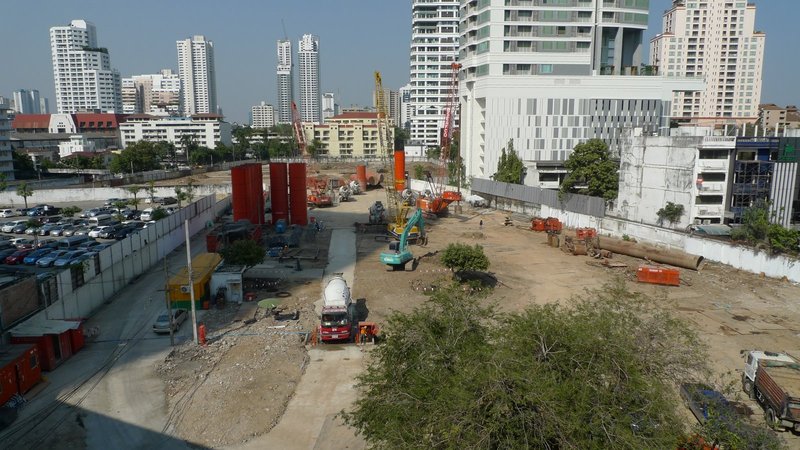 In the last few weeks, another challenger to Emporium (and the Ratchaprasong-centrism of Bangkok’s retail scene) has appeared.  Directly across the Skytrain tracks from Emporium, construction has started on an extremely large property.  No signage has been posted indicating what will be built there, but given the location it is hard to imagine that it won’t include a large amount of retail along with either a hotel or condo, or both.  (Edit: I just heard today from two reputable sources that this will officially by an expansion of Emporium’s footprint, colloquially called “Emporium 2”.)

There is also another large project two stations to the east at Ekkamai.  Edit: this will reportedly be an IT mall. 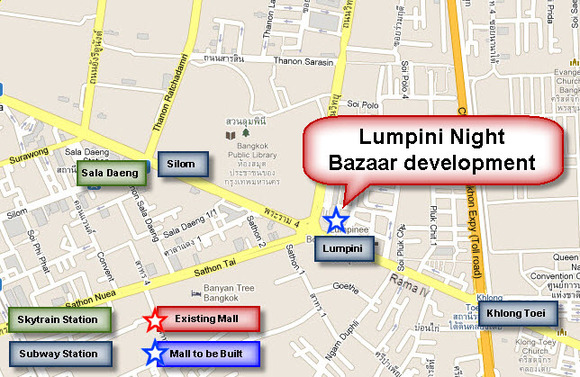 The final development, retail-wise, is that the Lumpini Night Bazaar, a popular nighttime shopping area located across from Lumpini Park, has finally closed.  This property, owned by the Crown Property Bureau, is slated for a multi-use development by the Central Retail Corporation.  If you look on the first map in this entry, you will see that the Lumpini development is just down the street from the new Central Embassy project.

The closure and development of the Night Bazaar was tied up in legal action for the past two years, but after the calendar turned to 2011 its doors were finally shut and the bulldozers have moved in.  Look for another large mall project to appear along this stretch of Rama IV Road in the next two years or so.

What do all these developments mean?  It seems safe to say that the dominance of the Siam-Ratchaprasong area in the shopping scene will be challenged as development moves eastward on the Sukhumvit Skytrain line.  If anything, this should help ease congestion, both in terms of the number of people as well as the number of vehicles, that crowd that already crowded area.

The real, and as yet unanswered, question is whether Bangkok needs so much retail space.  Tourism growth has slowed over the last few years thanks to political instability and other concerns.  It would seem that the local population’s buying power has limited ability to grow, too.  If that is the case, one can only imagine that we will be awash in a glut of malls and in that, we will be able to proudly hold our own against Singapore.