Updates below. In about an hour, Tawn and I will drive to Central Chidlom, one of the most prestigious department stores in Thailand. We will arrive just as the store is closing for the night and in less than eight hours, with the help of a contractor and his crew, will install his first boutique. The previous occupant of the space will be moved out and their decorations demolished in less than two hours. 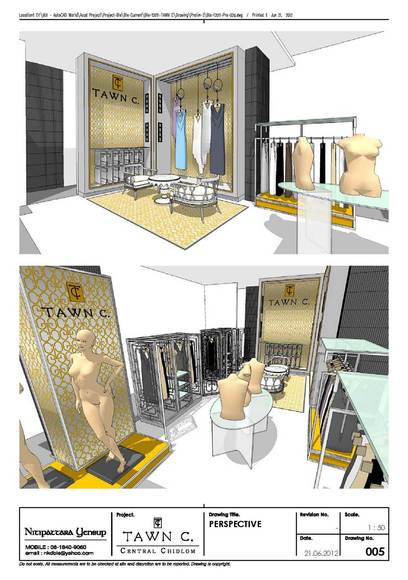 The remainder of the night will be spent installing the decorative items, shelves, display cases, lighting fixtures, and all the other pieces needed to create the retail space and project the Tawn C brand image. Our friend Ble, a well-known interior designer here in Bangkok (he also designed our condo’s remodel) did the shop design and will arrive at 6:00 am to help with the final styling before the 10:00 am opening.

It will be a long night, but it is exciting to see two years of hard work finally turn into something real. Now, let’s hope we can turn it into something profitable, too!

Am back at home for a little bit after a night at the department store. Some moving people are supposed to show up in ten minutes to pick up some chairs from our living room. The chairs will be used in the store until the correct chairs that our designer ordered, arrive. 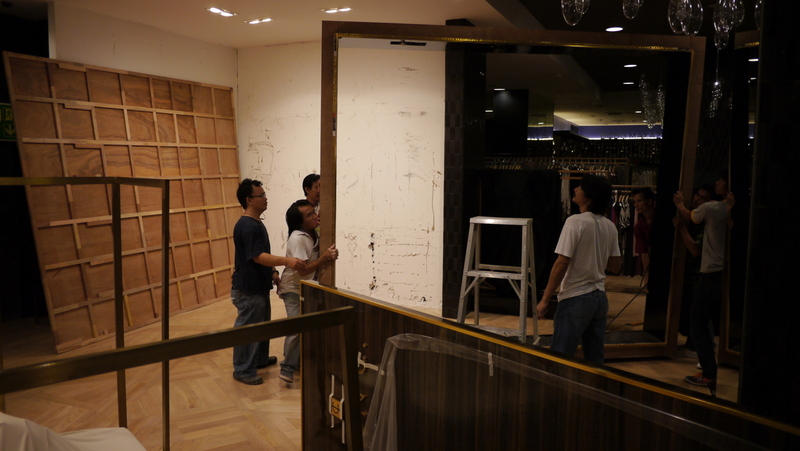 The deinstall of the previous tenant’s decorations ran late because of some stone tiles adhered to one wall. We insisted that they needed to be removed because the dimensions of our cabinetwork would not allow for that extra two centimeters of thickness on the wall. By 12:30, our workers started carrying cabinetwork into the space and assembling it. 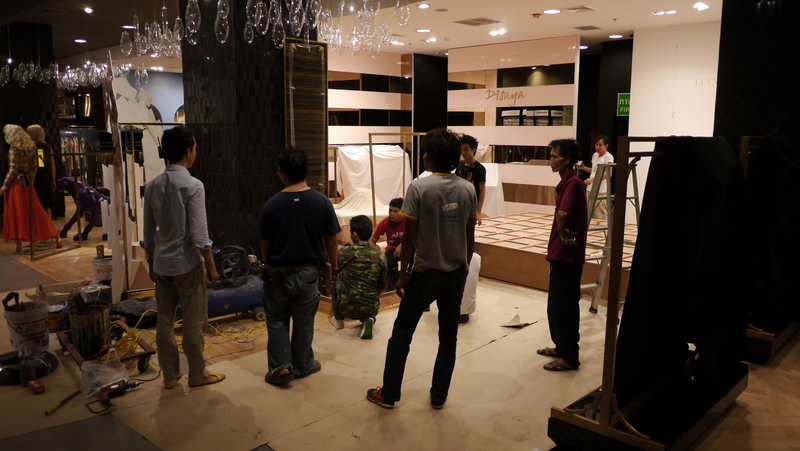 After taking pictures of the crew installing the paneling on the front column, it occurred to me that it was facing the wrong way: it should be turned 90 degrees clockwise so the short panel that is visible in this shot faces the left of the picture. Tawn brought this to the workers’ attention and they eventually moved it. Then they discovered that due to incorrect measurements, the front riser on which mannequins will stand is five centimeters too long and intrudes into the aisle. 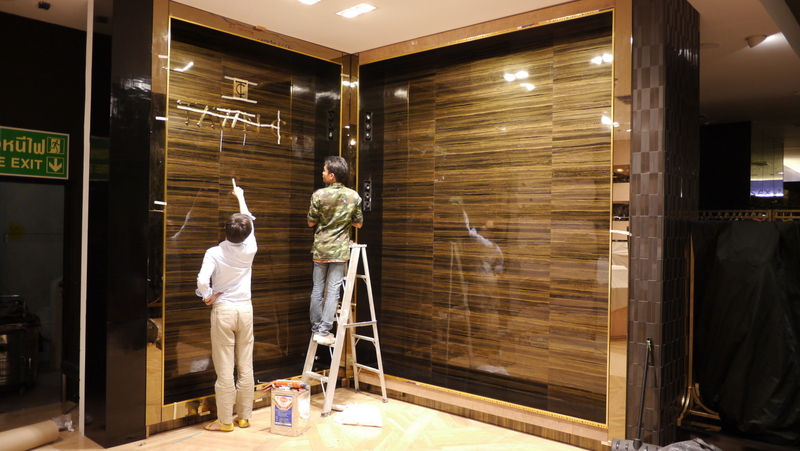 The workers focused first on installing the rear cabinetwork and, once complete, turned their attention to resizing the riser. The mirrored borders were installed last and the worker was polishing them and peeling off the protective layer of plastic on the laminate. 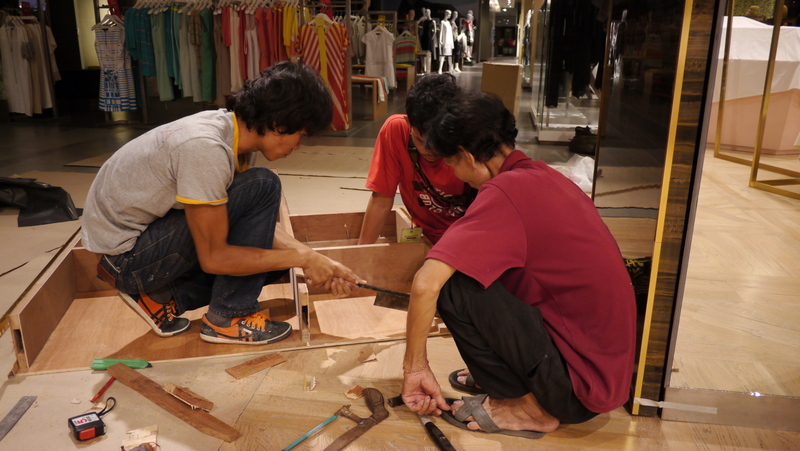 Just before leaving the store – about 4:30 am at that point – the workers had disassembled the riser and were manually cutting it (and the metallic edging) to size with a hacksaw. Tawn warned them that the quality of work had to be perfect. We’ll see how that turns out!

After the movers take the chairs, I’ll drive back to the store with some items that the designer and Tawn can use to dress the store. What time do the coffee shops open?

The first IKEA store in Thailand, and the largest in Asia, opened this past week in Bang Na – the eastern suburbs of the city.  I went with some friends to check it out.  Here’s the video: