The most peaceful time to see any city is the hour before sunrise, when it is just beginning to wake. On my final morning in Paris, I woke up early and headed to the River Seine to catch these views of the city. 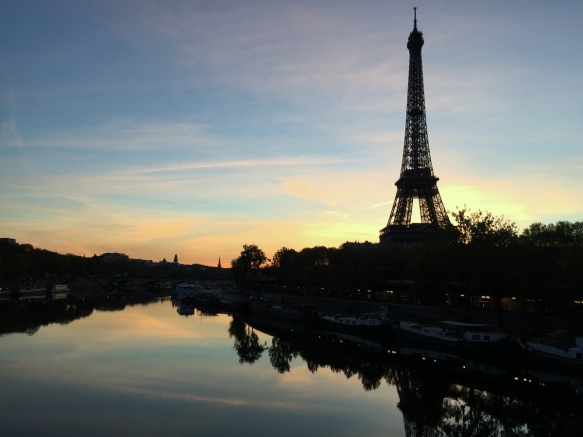 With the help of the internet, I was able to determine not only what time the sun would rise but also from what direction. Comparing that against a map of Paris, it was not difficult to figure out that I would need to be somewhere between the Jardins du Trocadero and the Pont de Bir-Hakeim to see the sun rise somewhere behind the Eiffel Tower. It was easy enough to flag down a taxi at 5:30 on a Saturday morning and within ten minutes I was walking down the terraced Trocadero gardens towards the river.

The most beautiful colors are actually in the hour before sunrise, I find. So as the sun neared the nearly clear horizon, I started walking east along the river, down on the footpath that lines the Right Bank.

There are numerous houseboats moored along the river, beautifully maintained and many available to hire for river cruises. In the distance you can see the bridge (Pont de Bir-Hakeim) from which I shot the previous picture.

The tower is so large that it dominates your view. It looks different from various perspectives and I enjoyed watching how this changes as I walked along the river. Eventually as the river curved, I crossed to the other bank to keep the sun across from me.

About a kilometer along the river, just past the Pont de l’Alma, is Promenade des Berges de la Seine, a public park and promenade that includes five interesting floating gardens, barges that have been turned into public parks similar to the High Line in New York City.

Nearby was La Boudeuse, a 100-year old three-mast ship built originally in Hollande but now moored in the River Seine after a renovation a few years ago. This photo appeared in Instagram and has been tampered with a bit for effect.

Looking back at the Pond des Invalides, the lowest bridge crossing the River Seine.

Another kilometer or so and I arrived at Musée d’Orsay, the beautiful former train station that is now a fine museum. The Beaux-Arts exterior was glowing in the morning sun.

Another half-kilometer along the river there is another turn at the Île de la Cité comes into view, sitting smartly in the middle of the river. It is one of only two remaining islands in the river and is the site of the medieval city was.

Finally, I reached the end of my nearly five-kilometer walk along the river, crossing over to snap this picture of the Cathedral of Notre Dame. This beautiful walk gave me the chance to contemplate Paris on my own, watching as it went from a sleepy sunrise to a gradually awakening city. 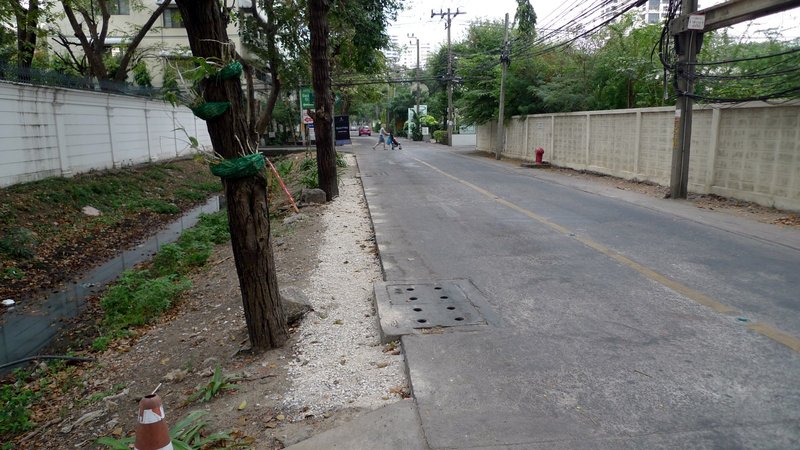 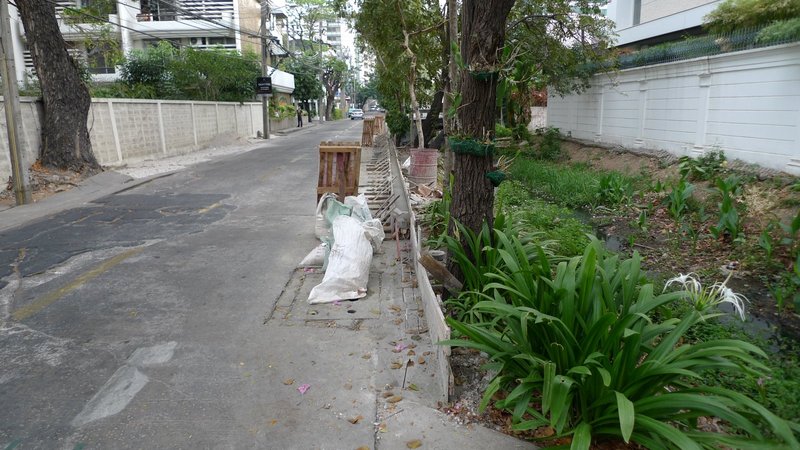 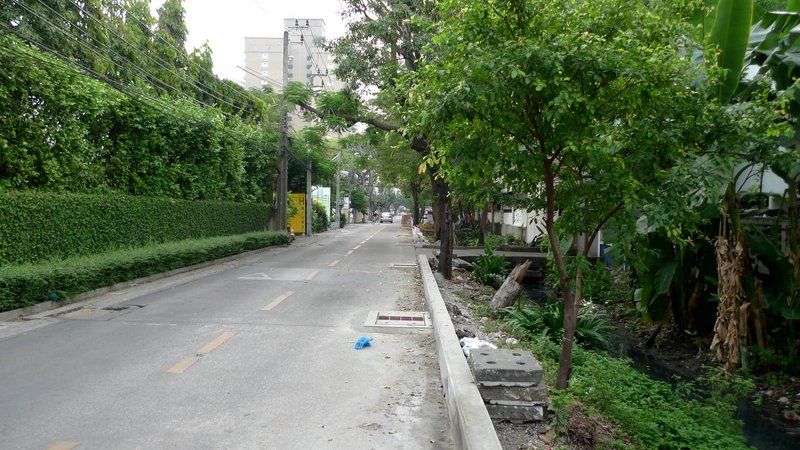 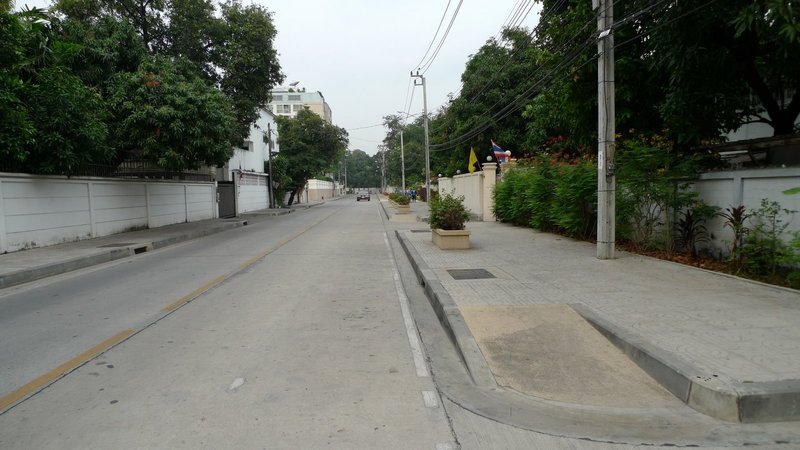 Sunday afternoon my host Chris and I went for a hike up to Victoria Peak.  It was a pretty good workout, two hours to cover more than seven kilometers and an elevation gain of, I think, about 300 meters (more than 900 feet).  It was also a chance to get a different point of view on a city that many consider to be a veritable urban jungle.

This is how most people view Hong Kong – tremendously dense and tremendously vertical.  But just a short distance from where I took this picture of an urban landscape, I also shot the picture below. 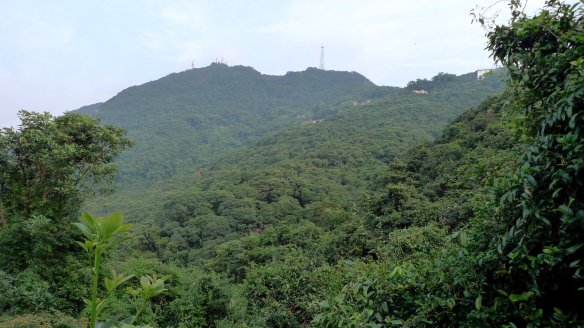 It could hardly be more different, right?  This hike was a pleasant break from a few days of being surrounded by concrete.  There were so many people hiking on a beautiful Sunday afternoon, enjoying the overcast weather and the temperature that dropped several degrees as we gained elevation. 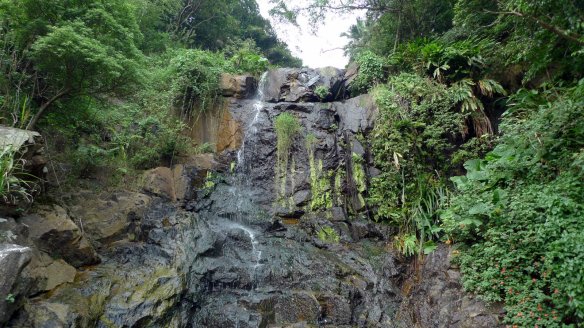 A lovely waterfall on the back side of Victoria Peak, facing the south side of Hong Kong island.  Amazing, too, how much cooler the weather gets just by getting away from the pavement and concrete.  What a heat sink “civilization” is!

Here’s a map of the route we followed.  If you don’t want to gain quite so much elevation, you can walk the approximately 2-km circuit starting and ending at the Peak visitor center.  It is mostly flat and offers a view from several different angles.

All this hiking not only helped break in a new pair of cross-trainers, it also whetted my appetite for some Shanghainese food, which I’ll write about on Friday!