While visiting family in suburban Johnson County, Kansas, I decided to put my jet lag caused early awakening to good use and go buy some donuts. A few minutes of internet research later, I settled on John’s Space Age Donuts. Located in downtown Overland Park, John’s looks exactly as you would expect for a shop that’s been in business since 1967.

The dining room has a U-shaped counter with seating on the two legs and display cases across the front. With a large door between the kitchen and dining areas, the place reeks (in a good way) of oil and deep-fried dough. Service is brisk but friendly and the selection is broad, although they didn’t have the blueberry donuts that niece number two requested, so we settled for raspberry.

The donuts were still a warm and very surprisingly tasty. They are dense donuts, but neither soggy with oil nor undercooked and doughy. The apple fritter, pictured above, is a masterpiece with a crispy exterior, moist interior, and plenty of apples.

The cake donuts are nice, too, and the dough itself was flavorful. Even unglazed, these donuts would be a pleasure to eat. Unlike some donuts (think Krispy Kreme) that seem to expire within a few hours of baking, these were still fresh when we finished the remaining ones the next day. Must be some of that space age technology!

While I am not the biggest donut fan in the world, it is a sure bet that I will be back to John’s Space Age Donuts next time I am in Kansas City. 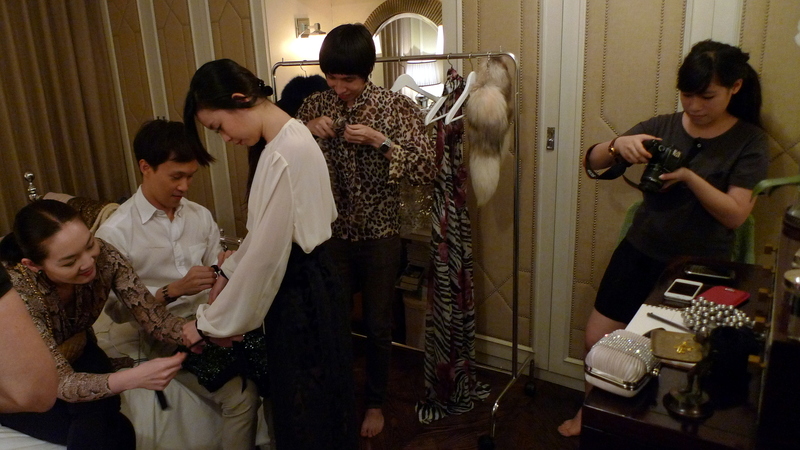 Saturday evening, Tawn officially launched his Tawn C label of women’s clothing.  About two dozen friends and former fashion school classmates came to our house to view and try on his collection, see the website, and click “like” on his label’s facebook page.

All that was asked of me was to prepare the food and drink for the guests.  Tawn wanted only easy-to-eat finger food and appetizers, so I scoured my recipes and cookbooks and spent the day making several dishes.  There are two or three more I would have made had time not run out.  Here’s a closer look at them: 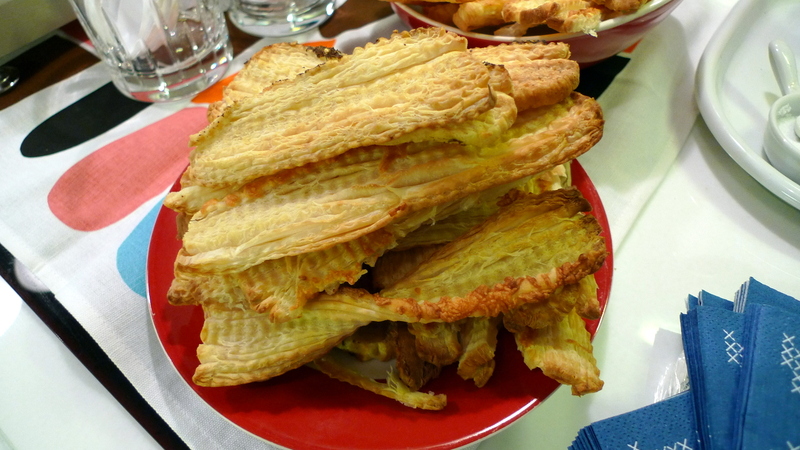 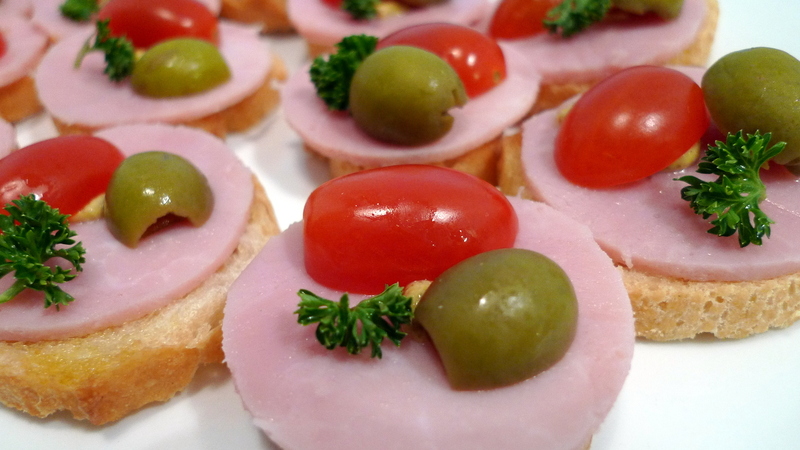 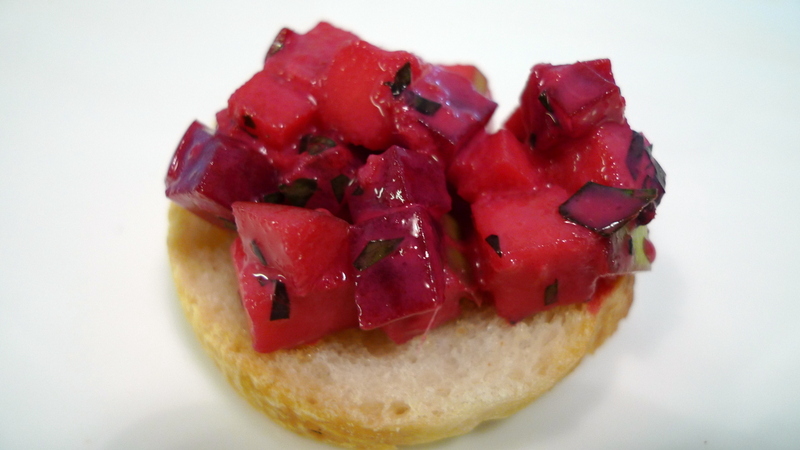 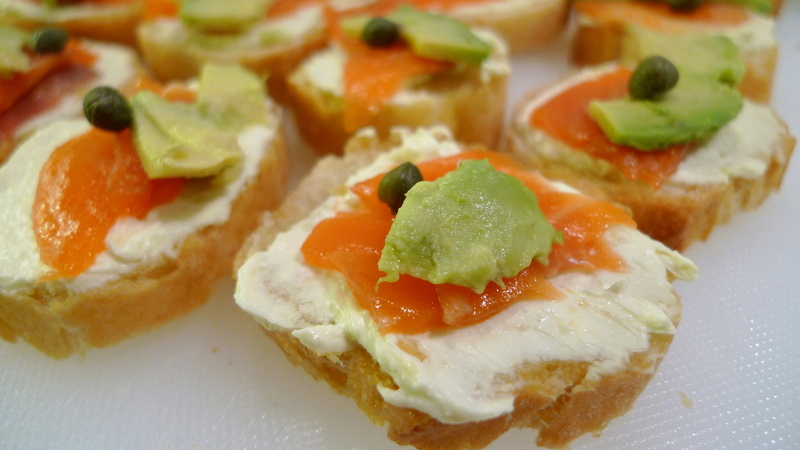 Toasted baguette rounds (I toasted a lot of those!) topped with wasabi cream cheese spread, smoked Norwegian salmon, avocado, and capers.  I had purchased shiso leaves that I was going to include on this but forgot them! 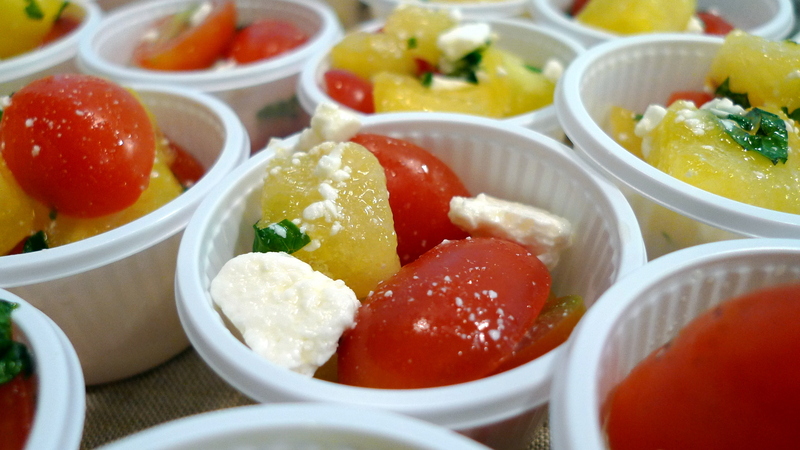 Repeat of my watermelon, cherry tomato, feta cheese, and mint salad from a few weeks ago, except this time I used a yellow watermelon which made it so much more colorful. 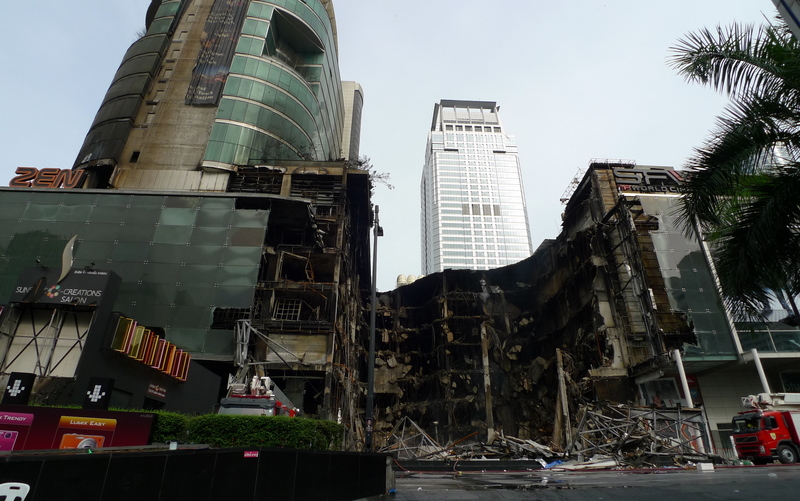 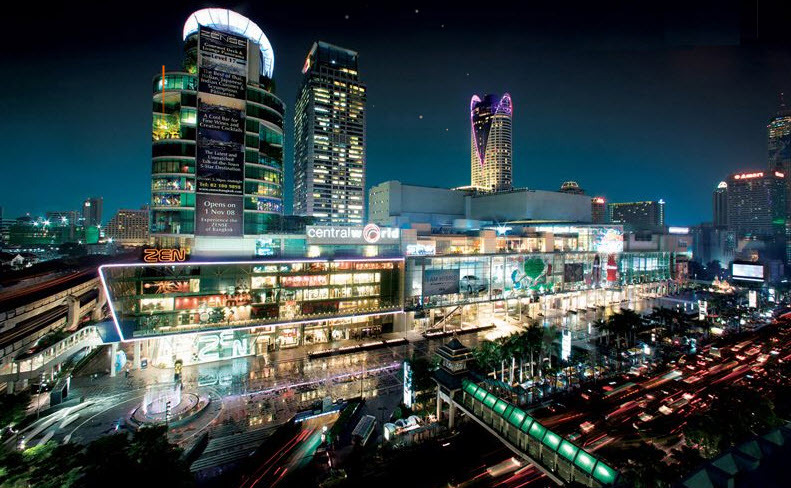 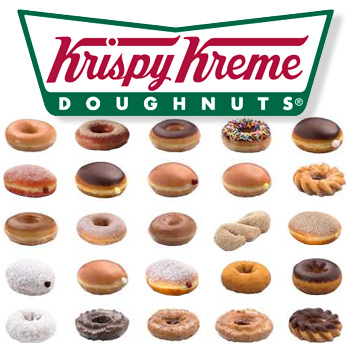 Krungthep is a city that eats on its feet.  Thais have this snacking habit, unintentionally following the “five small meals a day” advice that so many weight-watchers hear.  Whether a mid-morning snack of khanom krok, little salty-sweet rice flour and coconut milk pancakes, an afternoon snack of freshly sliced tropical fruit, or a quick bowl of guaytiaw – rice noodles – to stave off hunger, there is always plenty to choose from along a Thai sidewalk. 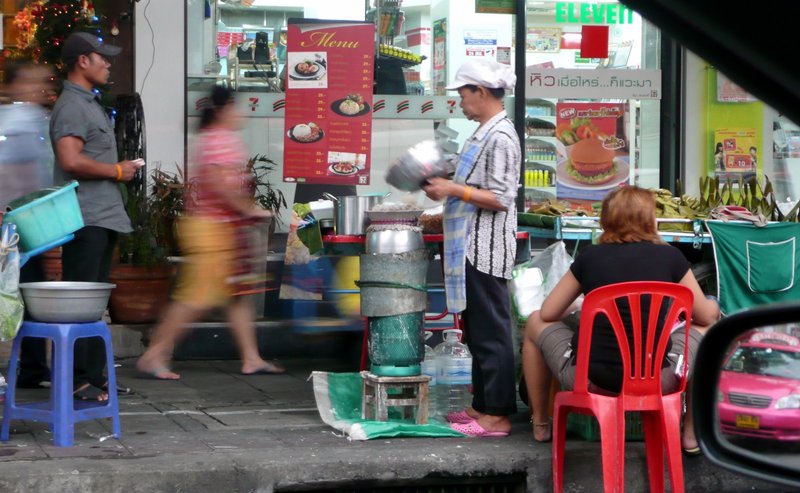 This picture accurately captures a dilemma that is increasingly common here in Thailand.  Alongside the plethora of street vendors is an equally-abundant number of convenience stores.  The difference between the two is not price – neither the 7-11 snacks nor the ones from street vendors will bust your budget – but quality.

“Fast food” when it comes from street vendors is made from fresh ingredients, is very rarely more than a few minutes (or at most a few hours) old, has no preservatives, and generally is more nutrient-dense than calorie-dense.  “Fast food” when it comes from the convenience stores and Western fast food chains that are increasingly common is quite the opposite, offering few redeeming values other than a quick way to expand your waistline.

And, sadly, that expanding waistline is just what we’re seeing.  Childhood obesity is growing rapidly in Thailand and especially here in Krungthep you see more and more children who are wearing X-Large size school uniforms.

In the months to come, I’d like to write more about Thai street vendors and snacks.  They are often a bit self conscious when it comes to taking pictures, but I’ll look for some opportunities to share with you more about the foods we eat here.