Lego, the maker of plastic bricks that fuel hours of imaginative play and pierce bare soles of parental feet around the globe, launched Everyone is Awesome, a set designed to celebrate the diversity of Lego fans. It intentionally features the colors of the rainbow flag associated with the LGBTQI+ community*

I learned of this from a post on LinkedIn, where a Singaporean-based business coach is writing a series of “constructive arguments” posts in which she to provoke thoughtful discussion. It was interesting, although I found she seemed to quickly tire of being challenged, despite claiming she wanted to be engaged.

One commenter raised concern that in Lego’s press release, they seemed to equate “diverse and inclusive” with LGBTQI+ while not acknowledging that there is much more to diversity thank sexual orientation and gender identity. The author responded, “True indeed. Why would a product meant for diversity exclude the largest group of all – heterosexuals? Is it hypocritical of them to do so?”

My response was to ask how Lego is excluding heterosexuals by offering a set that celebrates diversity and highlights groups who are traditionally not represented.

She responded by acknowledging that “exclude” was the wrong word to use. “How about make them feel less important? One could argue that it would be a good thing for them to feel the boot on the other foot. But I wonder if making anyone feel less is the right first step to creating a more inclusive world?”

I remained confused. “I still don’t understand why heterosexuals would feel less important. The messaging of this set is well summed up by the headline: Everyone is Awesome. Would heterosexuals not feel included in ‘Everyone’?”

She responded: “Frankly, I won’t know. But there’s a lot of vitriol here [Singapore] over the rainbow flag and its use. The cause I presume is that by highlighting alternative sexual orientations, heterosexuals are made to feel less in some way. Just like women causes (which I’m passionate about) are never forwarded by making men feel less. I don’t think this debate is helped by making heterosexuals feel less.”

Which confused me further. She kept pushing the idea that this would make heterosexuals feel less, without providing any rationale of what, exactly, would make them feel “less than”. Then it occurred to me – her use of the word “alternative” to describe sexual orientations. That word implies that heterosexual is the “norm” and she is defining other sexual orientations in relation to that perceived norm. And, she had previously described heterosexuals as “the largest group” – which seems to imply that size is what defines normalcy.

(Of course, I want to acknowledge that I don’t know this person other than a few comments on her post, so I am projecting what I think she might be thinking without knowing what her thoughts really are. In reality, I’m sure she is a thoughtful and enlightened individual – otherwise, she wouldn’t have started this series of posts.)

The image that comes to mind is of someone standing beneath a spotlight. In her way of framing this discussion, to shine the spotlight on someone else implies that the spotlight can no longer be on her and thus she will feel left out. What seems to be missing is an awareness that all of us were standing on the stage the whole time. Just because other people get a chance to be seen instead of the spotlight always being on you, doesn’t mean you are “less” – it just means you have to learn not to expect to be the center of the universe all the time.

A related topic came up today in a conversation with a senior leader, a white man, who was feeling bruised by a graphic in a blog entry by Boston Consulting Group titled “Redefining Diversity, Equity, and Inclusion“.

He was not happy with the thumbs-down graphic just above the 90% figure indicating that most Fortune 500 CEOs are straight, white, cisgender men. It sounded like he felt like this was an attack. And I can appreciate why he may have felt that way. And two thoughts occur to me:

First, the efforts to make the world a more diverse, equitable and inclusive place will require us to think and communicate carefully because messages can be misunderstood and people can be easily triggered. Ultimately, I would just as soon have more people on the journey than make people feel unwelcome. We need allies in the march to progress.

And, at the very same time, I don’t feel it is any out group’s responsibility to pamper the feelings of people in the in group. Learning and growth only happen outside of the comfort zone – and being in the comfort zone is the very definition of privilege.

As a man, I have work to do to understand women and the challenges they face. As a white person, I have work to do to understand how people of color are discriminated against. And along the way, I am going to feel uncomfortable, say and do the wrong things, and have to learn many lessons in how to create a world where the light shines on all of us.

As someone who is gay, I continue to be in the position where I face challenges and where I am discriminated against because of my sexual orientation. And this is where the best way I can work for equity and inclusion is to push back when people who are in the numerical majority define me as an “alternative” or want me to protect their feelings lest they perceive that they are, for once, “excluded”.

This is an interesting topic for me, as I’ve been charged with creating and implementing my organization’s diversity program. With 35,000 employees across 36 countries, there are plenty of things we do well and plenty of areas where we can do better. And I’d like to figure out how to bring everyone along on this journey to greater equity and inclusion – while also helping people get comfortable with being uncomfortable.

*what we used to call the “gay and lesbian community” but which now reflects a broader diversity of the sexual orientation and gender identity. It stands for “Lesbian, Gay, Bisexual, Transgender, Queer, Intersex and others”. 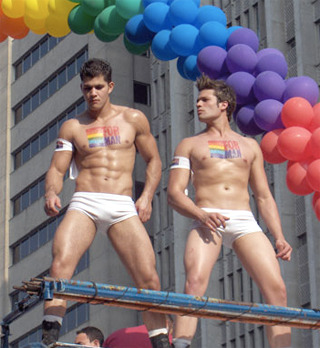 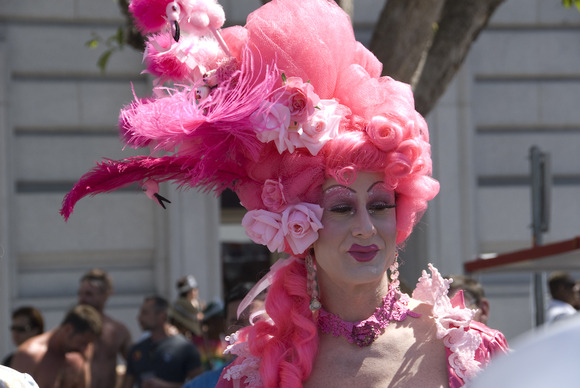 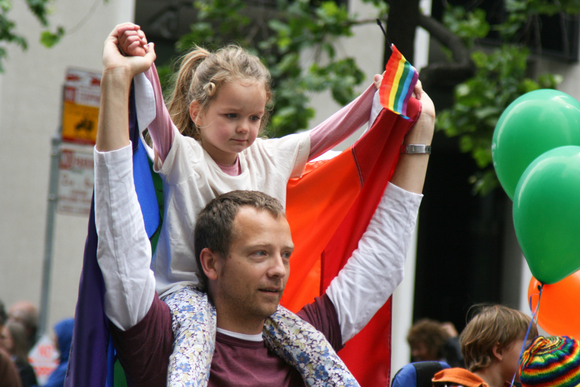