There is a small Japanese curry stand located on the basement level of the UBC II Building at the mouth of Soi Sukhumvit 33. Outdoors, directly across from the entrance to the Londoner Pub, the J Curry shop is impossible to see when you pass by on the street level. Nonetheless, its excellent homemade curry is worth seeking out. 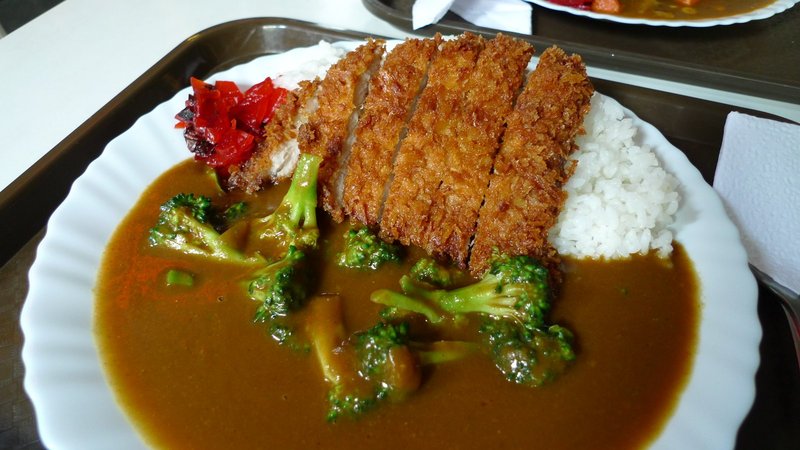 Made from ground spices, apples, and other fresh ingredients, the curry is tangy and sweet and loaded with antioxidants and vitamins. Combined with your favorite vegetables, some protein (I love their breaded lean pork cutlet, or katsu), a scoop of Japanese rice, and a small portion of pickles, the curry makes for a healthy and satisfying lunch. How they manage to stay in business with such lack of visibility is a mystery, but I’m glad they do!

Okay, since I did a long, thoughtful, political analysis as yesterday’s post, I just need to write about something fun and easy: lunch.  Have I ever mentioned how much I enjoy Japanese food?  It’s healthy, balanced, attentively prepared, and artfully presented.

Japanese make up our largest group of foreigners living here in Thailand, which isn’t so surprising when you trace history back to Japan’s invasion (note: they didn’t colonize, it was just an invasion!*) of Siam in World War II.  They have had a close relationship ever since.

Because of the large presence of Japanese, we enjoy an abundance of good and affordable Japanese restaurants.  The other day I stopped at one for this set lunch: 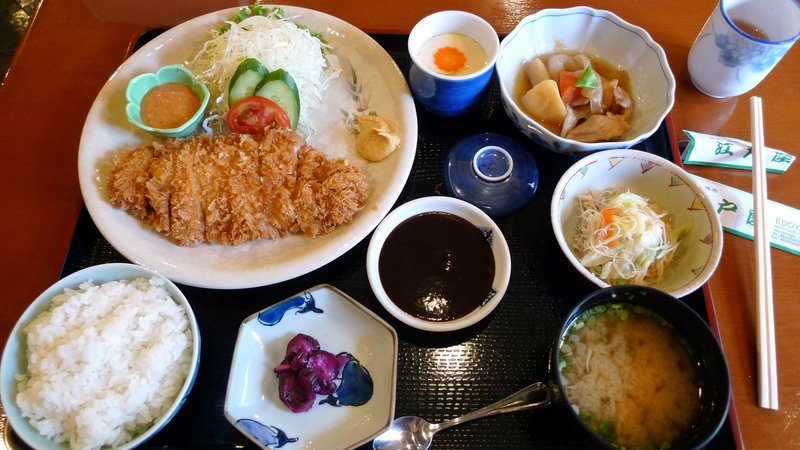 All this for 230 baht, about US$7.00.  For Bangkok, that’s a relatively pricey lunch but it was still a very good value in my eyes.

*As for the asterisk, the Thais are very proud that their country has never been colonized by a foreign power and this is drilled into young Thais’ heads from the earliest age.  Is it true?  Well, you have to add some caveats: Significant portions of the Kingdom of Siam (as Thailand was formerly known) were ceded to foreign powers to avoid a war or potential colonization.  Also, Japan occupied Siam during World War II, ostensibly at the “invitation” of its government.  An invitation at the point of a sword, if you will.  So if you set aside those exceptions, then Siam/Thailand has indeed never been colonized.