Today is the 100th anniversary of International Women’s Day.  It is a wonderful opportunity to celebrate women worldwide and to remind ourselves of the work yet to be done to fight gender inequality.  But it is sad that we need a special day for this.  With two young nieces growing up, my hope is that by the time they become adults, they will know no hint of inequality or discrimination. 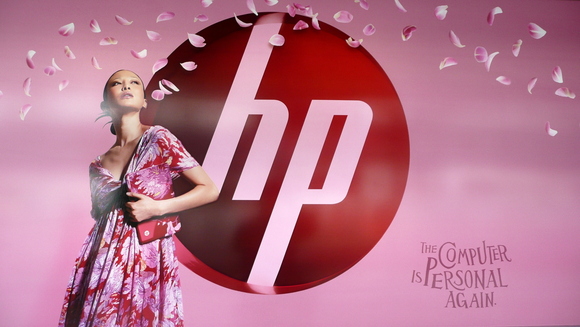 File this under “Strange But True”.  There is a debate going on in Thailand between health authorities, teenage transsexuals, gay rights groups, mental health professionals, and anyone else with an opinion on the issue, about whether or not teenage boys who identify as women should be allowed to undergo surgical castration.

What’s interesting about this story, apart from the novelty of it, is that it really offers a lot of insight into Thai culture and the condition of gays and transsexuals in this country.  Without getting into too much detail, let me see if I can give you some meaningful insight: 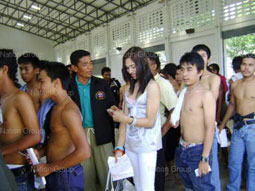 In the past few weeks it has come to light that some clinics are performing surgical castrations on teenage boys who say they identify as women.  The rationale for performing the surgery is that by removing the testicles before puberty or before puberty is complete, the more masculine characteristics such as deep voice, pronounced Adam’s apple, broad shoulders, muscular development, facial/body hair growth, and eventual male-pattern baldness will be avoided.

Right: A ladyboy shows up at a Thai army conscription center, trying to defy the government’s ban on transwomen participating in military service.

The Public Health Ministry intervened and announced a ban on the surgery, apparently for patients of any age, while the issue is sorted out.  Additionally, the Ministry reiterated that the penalty for performing this surgery without parental consent could include revocation of medical licenses, a year imprisonment, and a fine of up to 20,000 baht.

The outing of this subject has provoked debate among disparate groups.  Questions that have been raised include:

Are teenage boys emotionally mature enough to make the decision to be castrated?  What risk of damage is there physically – e.g. hormones, bone development, etc.?  Do young gays feel like they have to do this in order to be accepted – i.e. better to be a transsexual rather than a gay man?  Is withholding the surgery making the transition into the correct gender more difficult later on and if so, do we have a right to deny people that choice? 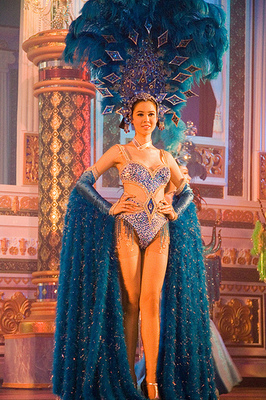 Sorting Through the Issues

Unlike in many other countries, young men in Thailand often seem to become aware of their non-heterosexuality at an early age.  This may be for a variety of reasons, including the general tolerance of gays and transvestites in Thai culture, as well as their greater visibility than in some other countries.

Left: A Thai “ladyboy” performing in one of the cabaret shows for which Bangkok is famous.

Saying that Thailand is more accepting of gays and transsexuals is actually a broad generalization and really ignores some important complexities to the issue, but I’m not going to get into that right now other than to say that – broadly speaking – Thais are more accepting of transwomen (people biologically born as men who identify as women) than they are of gay men.

The committee that recommended the ban suggested that there are potential physical health issues that can occur because of prepubescent castration.  While I’m no doctor, a poke about the internet didn’t turn up any especially notable issues.  Castrated boys are likely to grow taller because testosterone slows long bone growth, and they will likely have less body strengths and overall muscle mass, but it doesn’t appear that there are major health risks associated with the surgery.

From a mental health standpoint, there may be more serious concerns.  The biggest is around whether or not a teenage boy who may opt for the surgery does so because he actually identifies as a woman.  In many western countries, extensive psychological evaluation is undergone before permission is given for gender reassignment surgery.  That may not be the case in Thailand and is certainly not the case for teenage castration, which is seen as giving similar results as a sex-change operation.

Something I’ve learned is that for young men who identify as not being heterosexual, there is a lot of – not quite an accurate term but I’ll call it “peer pressure” – to identify as a transsexual.  There are many reasons contributing to this, but in general there is a lack of viable role models for gay men.  The ones that we see very prominently on TV and in movies are almost always extremely effeminate and are usually the butt of jokes.  They’re either “bitchy queens” (pardon my language, Grandpa) or sissies.  But what we don’t see are examples of gay men who conform to more masculine standards of appearance and behavior.

(Side note: I realize that by making these generalizations there is the potential to open up a huge debate about gender and sexual identity and what “masculine” and “feminine” really mean and how those identities are constructed.  For the purpose of this blog, I’m going to just stick with the traditionally constructed definitions and apologize in advance to anyone I offend.)

“Someone would choose to identify as a transsexual even if that wasn’t how they really felt, rather than identify as a gay man?”  This may sound unbelievable to you.  It sounded unbelievable to me, too, when I first heard this theory put forth.  But a friend shared this observation made by a ladyboy friend of his:

“I figured it would be easier for me to be with a man by being a woman, than if I remained as a man.”

Gay Thai men I know have confirmed that when they were younger and defining their identity, there was a lot of pressure from some of the other boys to identify as ladyboys and transsexuals.  As Tawn explained it, there was a conflict there because he knew he wasn’t a woman, and yet there weren’t any clear role models of masculine gay men.  Because of this, I’d say there is a reasonable doubt to be had when it comes to the question of whether teenage boys are ready psychologically to go under the knife.

That leaves us with the final question, of whether or not we have the right to withhold this procedure from a young man who does accurately identify as a woman, forcing him to develop into a masculine body that will make it more difficult for him to claim his correct gender identity as he later transitions towards being a woman.

This is a difficult question, I think.  If the medical questions can be put to rest, and there is a way to legitimately determine that the young man does indeed suffer from gender dysphoria, a condition brought on by a “mismatch” of the body’s sex and the person’s gender identify, then maybe we should allow the surgery to go ahead, easing the transition from man to woman.

If those questions cannot be adequately answered, then I’d agree that it is best to make young men wait before taking so irreversible an action as castration surgery.

As an interesting side observation: this entire discussion in the Thai press has not addressed the issue of young women who identify as men at all.  On the gay Thai chatboards there has been debate as to whether breast reduction surgery for young women faces the equivalent questions, medically and morally, as does the castration of teenage boys.