In August 2014, Tawn and I journeyed to Hong Kong for a long weekend, celebrating the fifth anniversary of our marriage. (Yes, I realize that it has taken more than two months to actually post the details of this trip.) While there, we decided to splurge on an afternoon tea at The Lounge and Bar at the Ritz Carlton Hotel.

Perched on the 102nd floor of the International Commerce Centre in Kowloon, The Lounge and Bar offers one of the more stunning views for afternoon tea and at HK$598 (about US$78) for two people, it is not unreasonably priced.

Having indicated on my reservation the reason we were coming for tea, the hotel thoughtfully decorated our tray with a white chocolate “letter” wishing us a happy anniversary.

The amount of food is generous – plus two full pots of tea. The savory sandwiches were a truffle egg mayonnaise on brown bread, shellfish and dill cream on white bread, and smoked salmon with lemon curd on rye bread. There were also duck foie gras pate mini puff pastries with freeze-dried passion fruit.

There was also hazelnut lemon cake and orange ginger canneles. I love canneles!

And of course you cannot have tea without scones. Two types were served with belberry jam and clotted cream.

The teas come from Marriages Frères, the Parisian tea company that offers so many high-quality flavors to choose from. And the china is beautiful. It was a very relaxing two hours with attentive service, amazing views, and too much tasty food. For the price, it was actually quite reasonable.

Happy anniversary honey! We should make this an annual tradition to celebrate.

While up in Chiang Mai with visitors last week, I took several pictures that I want to share. It is the height of rainy season and the surrounding countryside was particularly verdant.

On the way up Doi Inthanon, Thailand’s highest mountain, we pulled over to snap this picture of rice paddies terraced in a small valley.

Further up the mountain, we visited the Royal Agricultural Project, which over the last few decades has helped local hill tribes transition from growing poppies (which were used to make heroin) to growing a wide variety of fruits, vegetables, and flowers. The higher elevation provides a climate suitable for select vegetables that could otherwise not be grown in Thailand. The pictures of flowers below are from the display gardens at the project.

By visiting during the weekdays of the rainiest month of the year, we enjoyed not only the beautiful flora but also the smallest crowds of tourists I have ever seen. In fact, “crowds” is not the correct term. “Handfuls” would be more apt.

We also visited Doi Suthep, the mountain immediately to the west of Chiang Mai, which houses a spectacular temple with a golden chedi, or stuppa. This is the second time I’ve visited the temple on an overcast and damp day. The effect is interesting because the gilding is not as bright as on a sunny day, but it contrasts beautifully with the grey skies. In the above picture, I focused on a row of bells the line the temple buildings. Bells are purchased with donations and the donors can write wishes or prayers on the metal leaf hanging from the clapper.

On our final afternoon, we drove  north of Chiang Mai to the Four Seasons Resort to enjoy afternoon tea overlooking their property, which is designed to look like a rice farming village. I’ll share the pictures of the gorgeous tea service in another post but wanted to share this view of their pretty property. 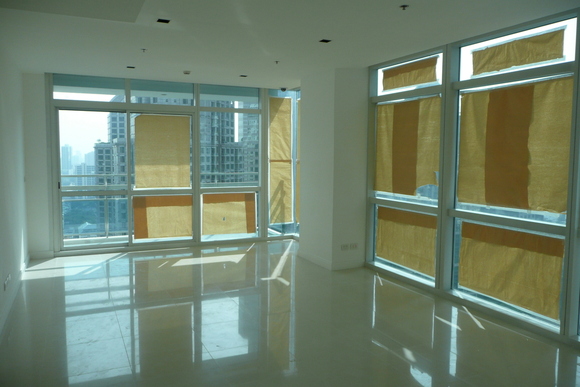 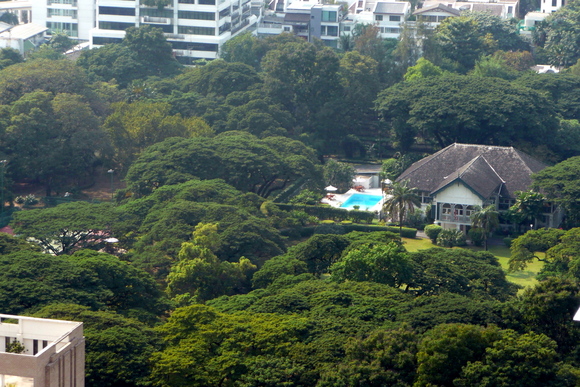 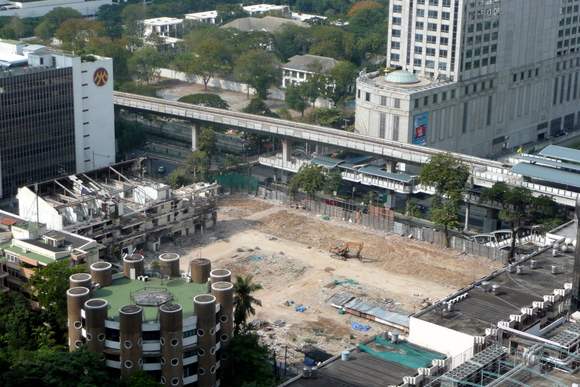 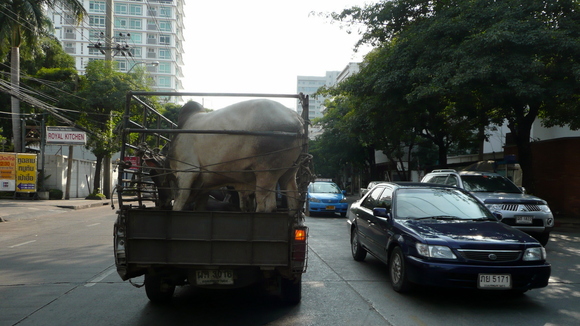