Living abroad, I have found it helpful to remain slightly detached from the drama of American politics. I still keep myself informed of what’s happening, but for the sake of my sanity, I find it helpful to avoid marinating in the day-to-day detail. This is especially true, given the 24-hour media’s desire to amplify (and maybe even construct) the smallest conflicts, fanning the flames into brimstone and indignant self-righteousness.

That said, the Democratic presidential primary has reached an interesting, and nearly existential, point. And since the state in which I am registered to vote has not yet had its primary, I find myself facing a difficult choice: Do I vote for Joseph Biden, representing the more moderate wing of the Democratic Party? Or do I vote for Bernie Sanders, representing the more progressive – or, dare I say it – socialist wing?

One concern I share about both candidates (and President Trump) is their age. I think we are at a point where we need a younger president, someone who is more in touch with the factors that are affecting all aspects of our life. When I listen to interviews with both Biden and Sanders, I get a sense that they do not have a deep, first-hand understanding of technology and the digital revolution that is affecting every aspect of our economy and our society. Trump may know Twitter, but when he doesn’t understand why the influenza vaccine won’t help us with COVID-19, he seems equally out of touch.

Another concern I have about the candidates, is that they are white men. White men have run this country for nearly all of our 244 years. It’s time for some fresh perspectives. Yes, this will likely be symbolically addressed in the choice of a vice presidential candidate, but I think it’s time for a woman and/or another person of color to be sitting behind the Resolute Desk.

What about Elizabeth Warren, you ask? At this point, it seems that she has fallen to a point where her departure from the race is imminent. Of the three candidates, she is probably the most appealing but I think that ship has sailed. So let me consider the two most likely candidates.

Looking at how our country has become increasingly polarized, and how President Trump has practiced an incredibly divisive, juvenile form of politics, I find Biden appealing because he represents a more centrist, more civil form of discourse. This may be optimistic thinking on my part, but I would like to believe that there is a path that could lead use back to a more civil way of governing and I think Biden is better positioned to lead us there.

I also feel, from a social justice standpoint, Sanders is addressing some very important topics and has been addressing them, with consistently bold language, for a long time. The increased inequality in our nation is a huge problem. The system is increasingly rigged so the wealthy get wealthier while the rest get left behind. Politicians of both parties have done a poor job addressing issues of health, education and inequality and a fraying of the social fabric cannot be the definition of making America “great again”.

One of my biggest concerns with Sanders, is that he and his followers seem to be the liberal version of Trump. That is, equally extreme, equally uncivil, and leading us further and further from a path on which the majority of Americans can tread. That seems dangerous for our country and for the world as a whole. Sanders’ grand revolution will be meaningless if he cannot get any legislation passed and his track record in this is poor.

I do think Biden will do a better job when it comes to foreign policy. Living abroad, I see how important our place in the world is. And with the significant changes that are happening in the world, especially with Russia and China, we need to have a more stable hand running America’s foreign policy.

But I do have questions about Biden. What is he offering that is a vision of the future? It seems like he is offering a repeat of President Obama’s greatest hits. A lot of good was accomplished during Obama’s eight years in office. But those days are over and it is time for us to move towards the future.

When it comes to November, I will support the Democratic candidate, no question. Trump has been a disaster for America. It is a daily embarrassment being an American abroad, trying to explain to people from all around the world, how so advanced a nation could elect so ignorant and uncurious a buffoon to the White House.

But on the question of who should represent the Democrats and challenge Trump, I need to ask your help. Could you please share your perspective on why one candidate or the other is a better choice?

The ground rules: please keep your points civil and constructive. Name-calling and personal attacks do not move the discussion forward and are not welcome here. Thank you in advance for sharing your insights. 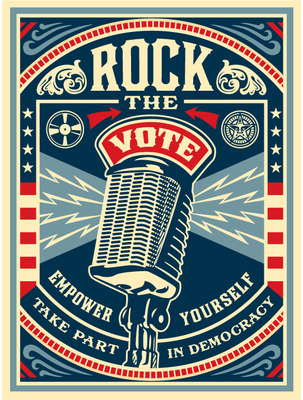 On Tuesday, November 2, Americans will head to the polls in an important mid-term election. The outcomes of elections have a real impact on us from the national level to the local level. The best electorate is an informed, involved one. Whatever your political leanings, I encourage you to take a look at the following tools to make sure you have the best possible information with which to make your voting decisions.  These links come from OpenCongress, a non-profit and non-partisan public resource, independent from Congress and any political party.

To find who your current senators and representative are, use their zipcode look-up tool.

RaceTracker – See who the candidates are, learn about their positions, and get a snapshot of the fundraising race.  This is a collaborative wiki project, so if you have information about a particular candidate, this is a great place to add your knowledge and share it on a fully-referenced, free and open-source platform.

AdTracker – In the wake of the Supreme Court’s “Citizens United” decision allowing outside groups to spend unlimited money on campaign ads, it’s more important than ever that we have transparency in how these ads are affecting the election and exactly how they’re funded.  AdTracker is a wiki project for tracking and watching all the ads in congressional races across the country and providing background info who’s sponsoring them.  It provides a unique view into the advocacy work of low-profile independent political groups.

Voting Records – We typically find out about candidates’ voting records when they are being spun by their competitors, but on OpenCongress it is possible (and easy) to look at the actual vote data yourself.  From your senators’ and representative’s profile pages, click the “Votes” tab and search for any topics you’re interested in.  Looking at the actual data gives you a more accurate picture of how your lawmakers really voted on the issues that matter to you.  To find more votes, check out our one-of-a-kind listing of Hot Bills by Issue Area.

Compare Votes – In this election more than in most, independence from party leadership is considered an especially important trait.  Our head-to-head vote comparison tool gives you a view of party loyalty that you can’t get elsewhere.  Compare the voting records of any two senators or representatives to see how often they vote with their colleagues and on what votes in particular they agree or disagree.

Bill sponsorship – In addition to vote records, it’s important to look at the bills your incumbent candidate has proposed.  From senator and representative profile pages, click the “bills” tab to browse or search all sponsored and co-sponsored bills.  Even more than votes, the bills lawmakers support are indicative of their overall vision and ideology.

Money – Last but not least, take a second to look at your candidates’ campaign funding sources.  Time and again it’s been show that campaign finances are directly related to how members of Congress vote.  Click the “Money Trail” tab on your senators’ and representative’s profile pages to see which industries and special-interest groups have donated to them.  This is who they’ll likely owe favors to if elected to Congress in the next session.

If you need help finding out where to vote on Nov. 2nd, try this simple tool from Google and the New Organizing Institute. I sincerely hope the resources in this email help you make a satisfying decision at the voting booth.