East Coast transplants to Baghdad by the Bay long bemoaned the City’s lack of good pastrami. Over the years, the deli scene has scarcely improved. Good news has arrived: Located on 24th Street near South Van Ness, Wise Sons Deli brings San Francisco an authentic Jewish deli, ironically in a corner of the Mission district where tacquerias are more common. 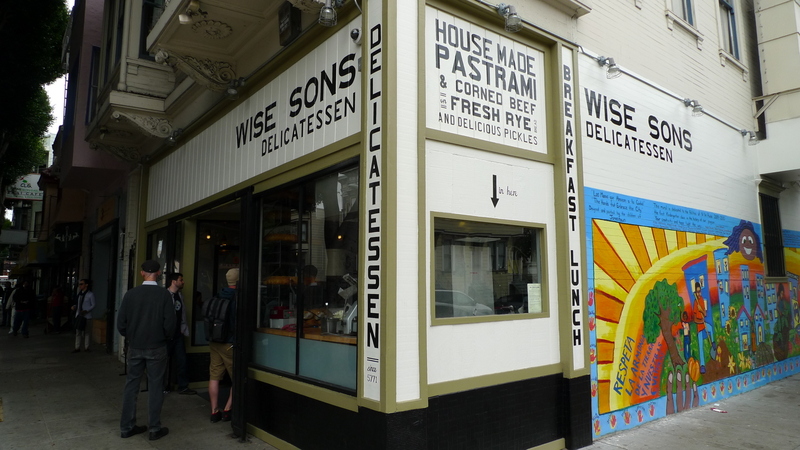 Owners Evan Bloom and Leo Beckerman had been serving their deli food for more than a year at pop-up restaurants and from a cart at the San Francisco Ferry Building. This spring they opened a storefront of their own and have quickly gained a lot of publicity. While in the City in May, Tawn and I stopped by for an early lunch.

The interior is homey and comfortable. There is a line out the door throughout lunch and popular items do sell out. Service is friendly and efficient, which makes you feel welcome. 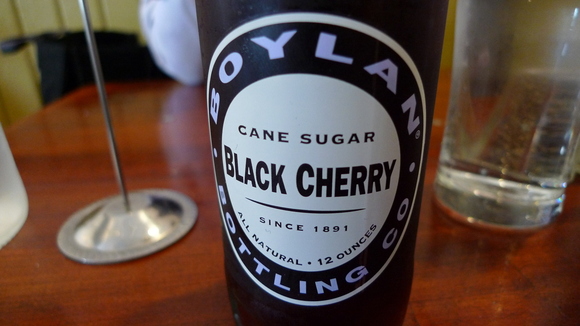 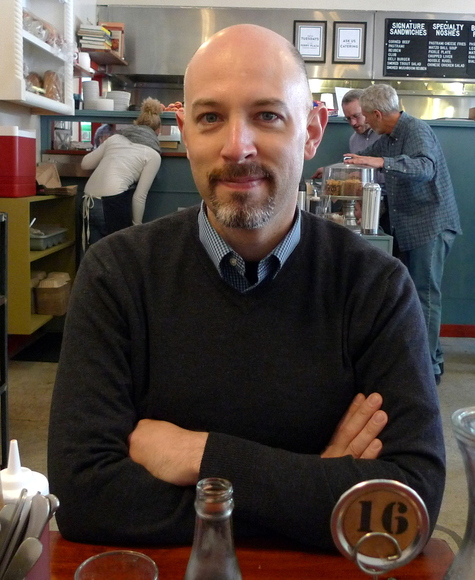 Waiting patiently for our food. You place orders at the register behind me. Food is then delivered to your table. 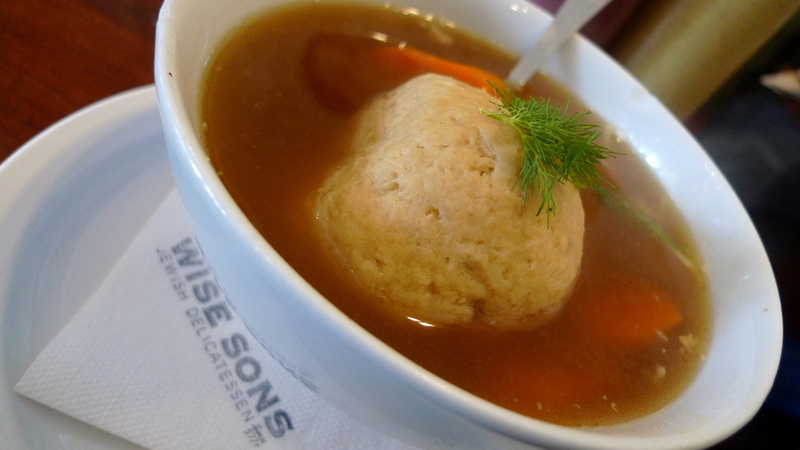 Matzo ball soup with a tender but not mushy matzo ball and a broth so rich and satisfying that you could easily ascribe to it all sorts of magical healing powers. 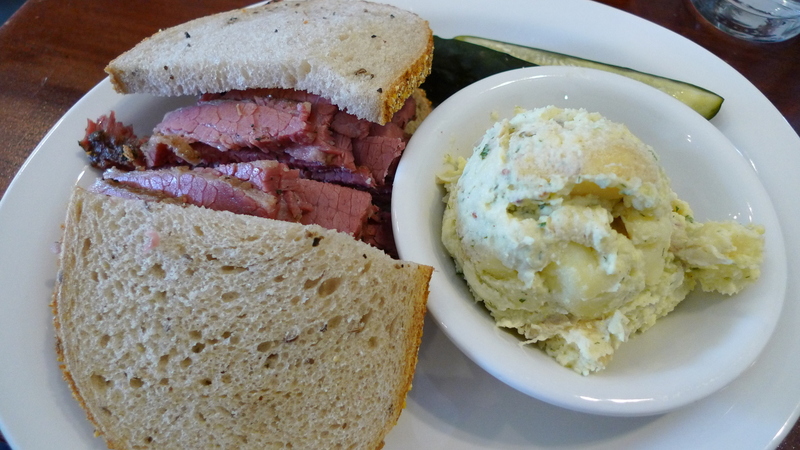 Pastrami on rye with a side of potato salad and homemade pickle spears. This is the true test of any deli, right? The good news: it exceeded expectations. The pastrami, sliced just a bit thick for my tastes, is moist and flavorful. The pickles are fantastic and make you wonder why more people don’t make their own pickles. 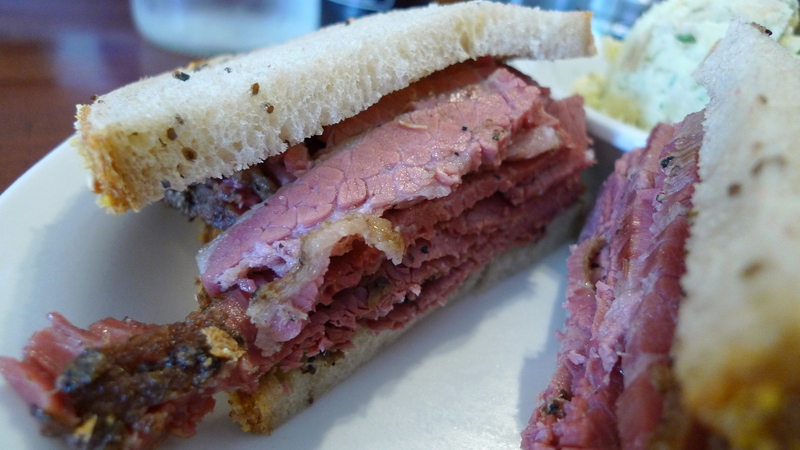 Close up on the meat. 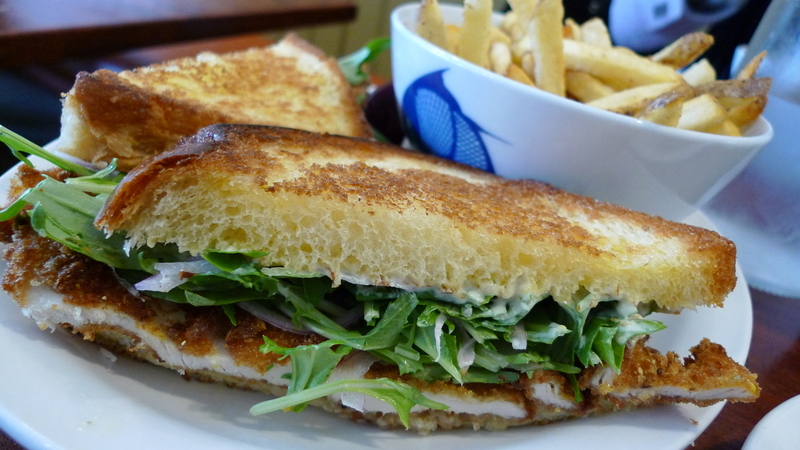 Tawn had a special, a chicken cutlet pounded thin, breaded, and fried in a Schnitzel style. It was very tasty, too. Fries were nice, although nothing substantially different.

Conclusion: Wise Sons is the type of place that, if I lived in San Francisco, I’d visit regularly. The ambience and service are pleasant and the food is top-notch. Will definitely put it on the list to revisit next time I’m in town. 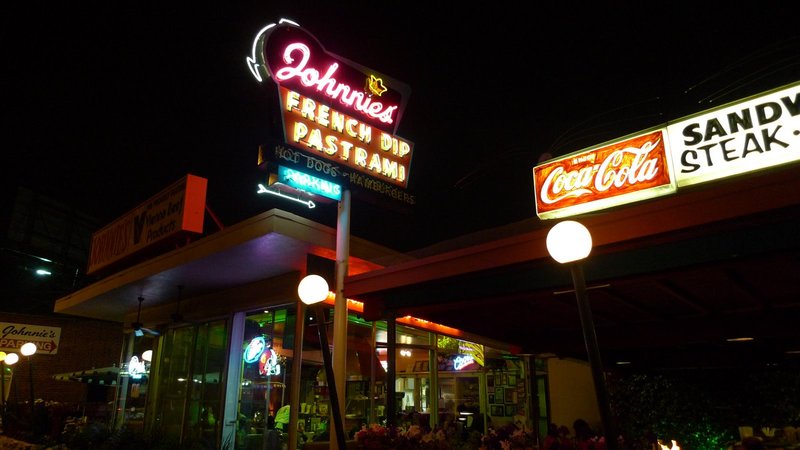 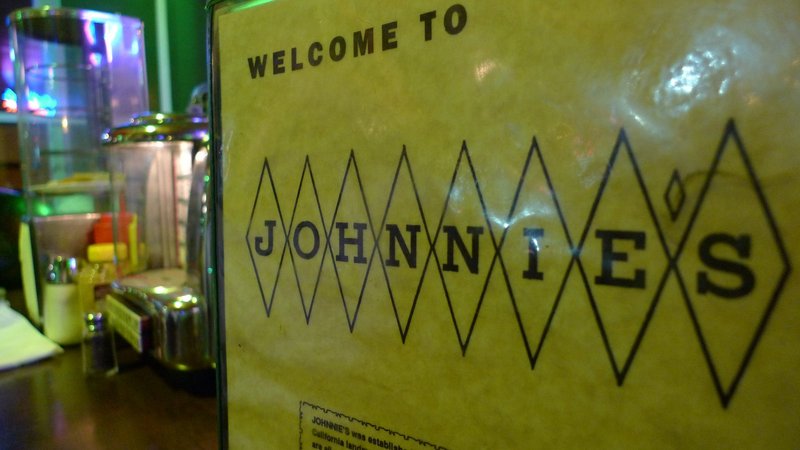 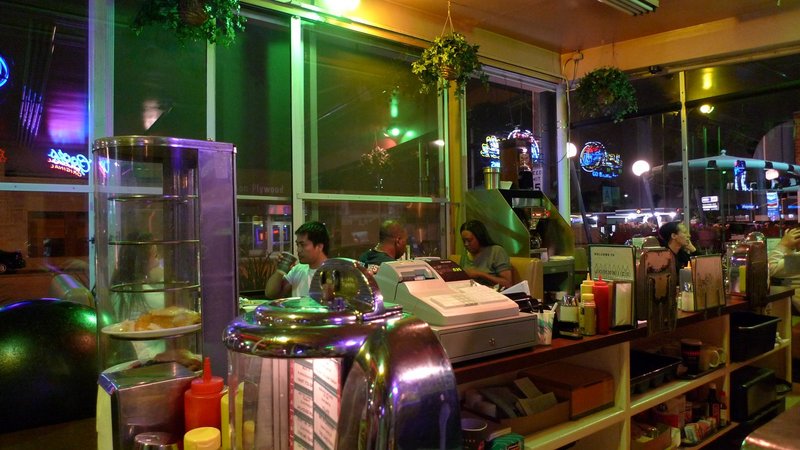 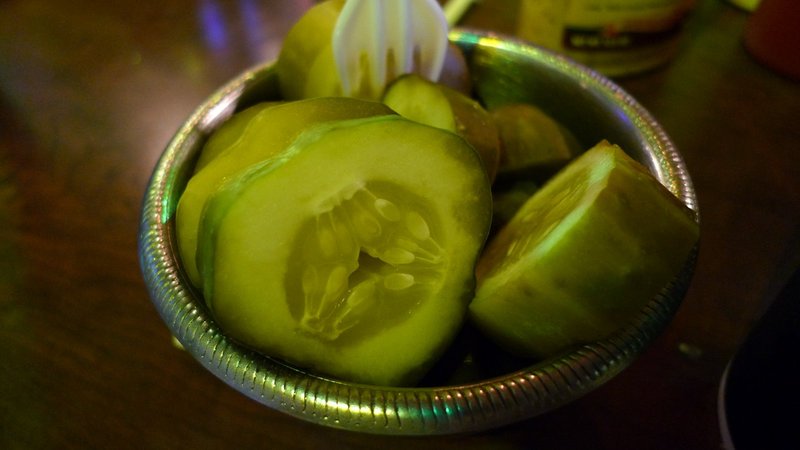 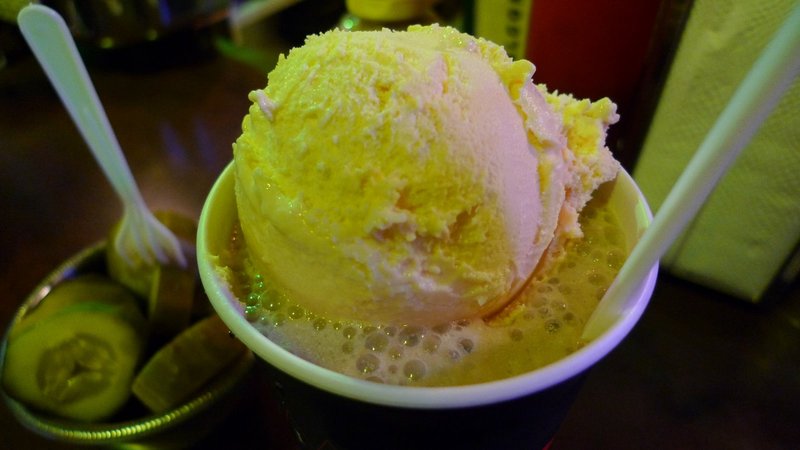 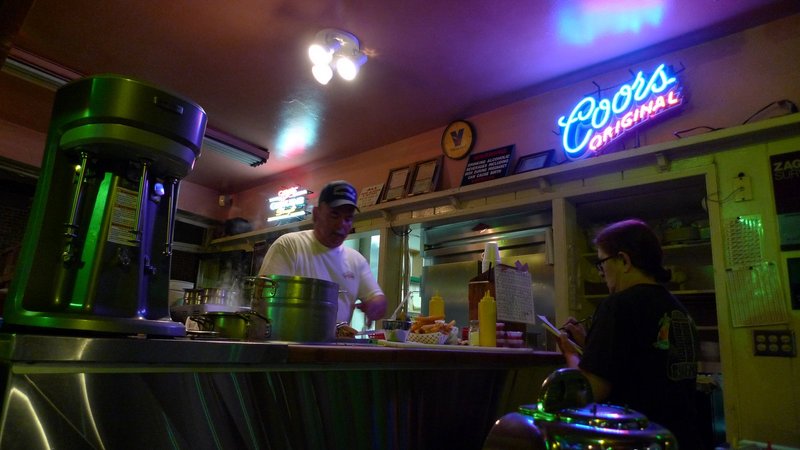 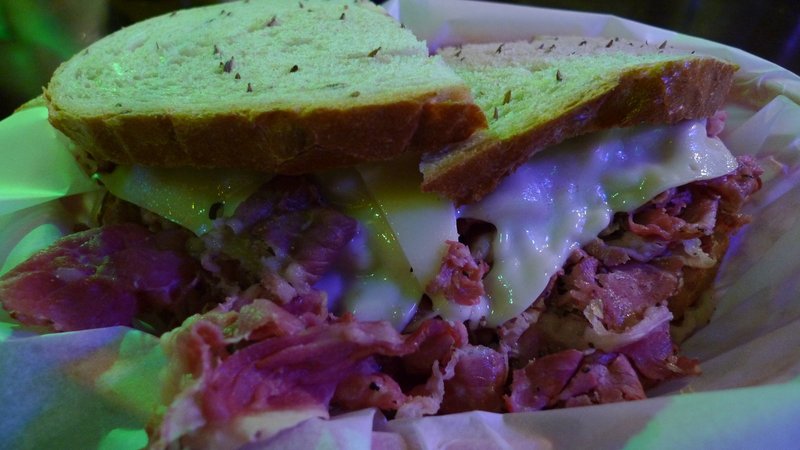 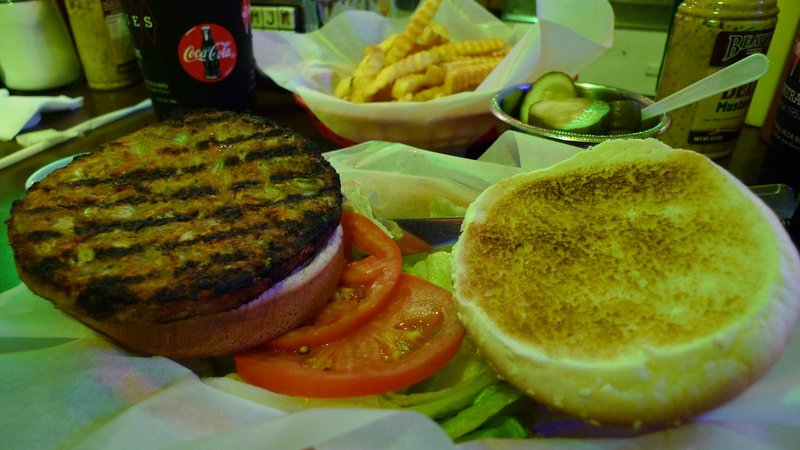 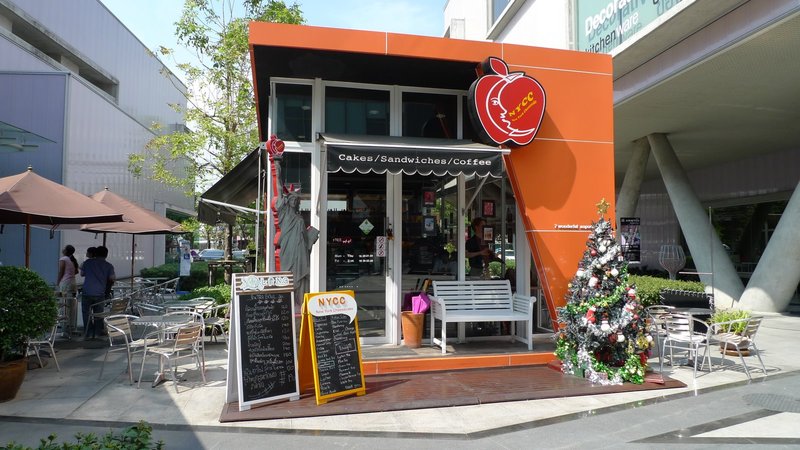 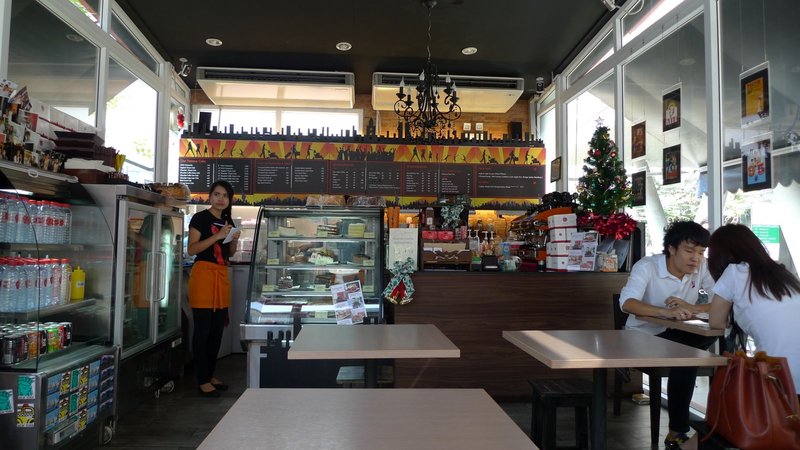 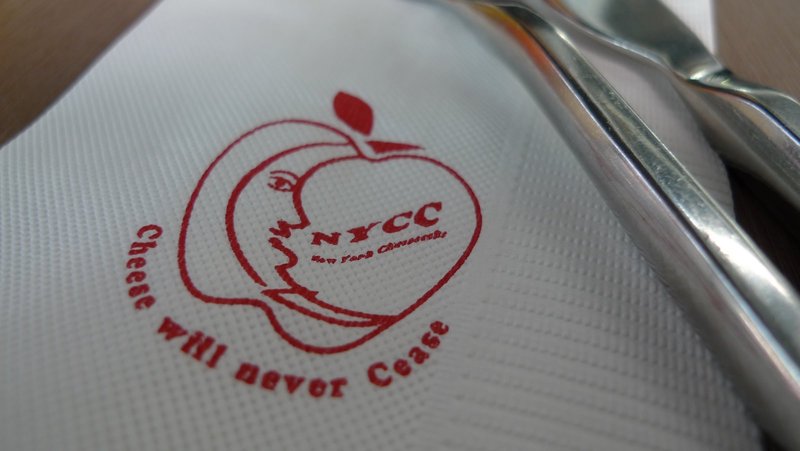 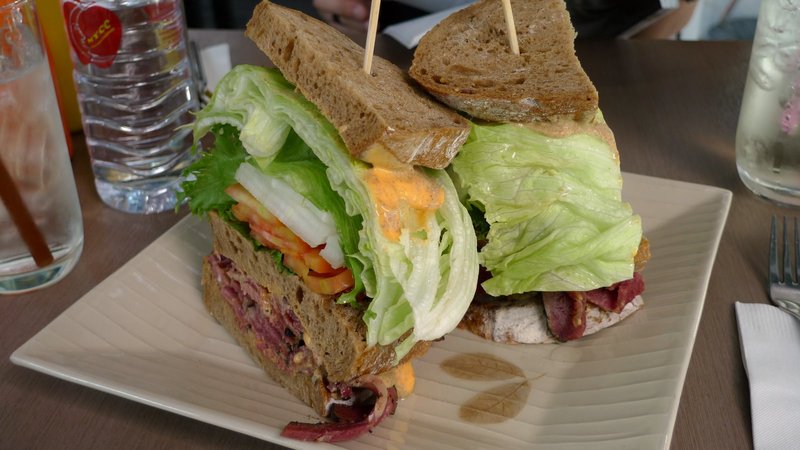 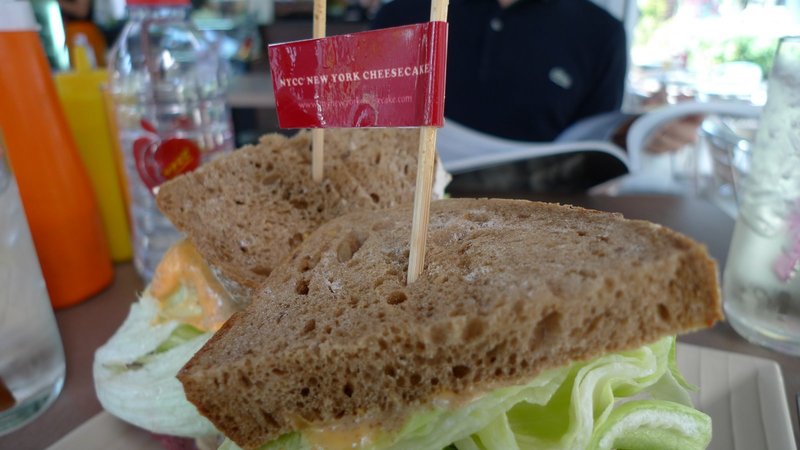 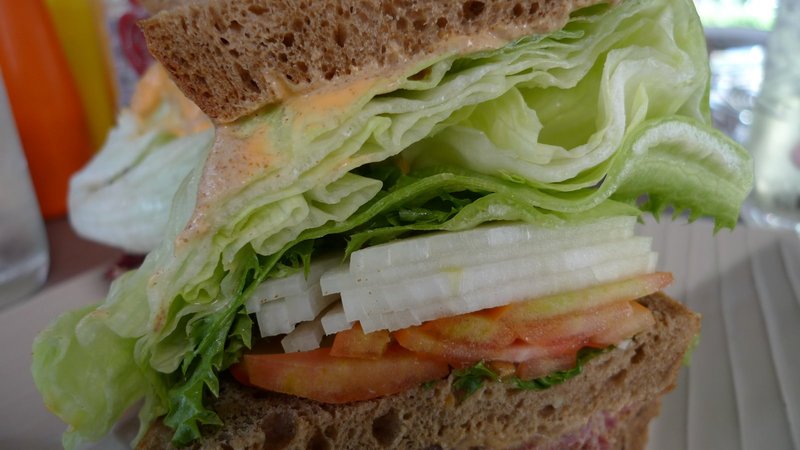 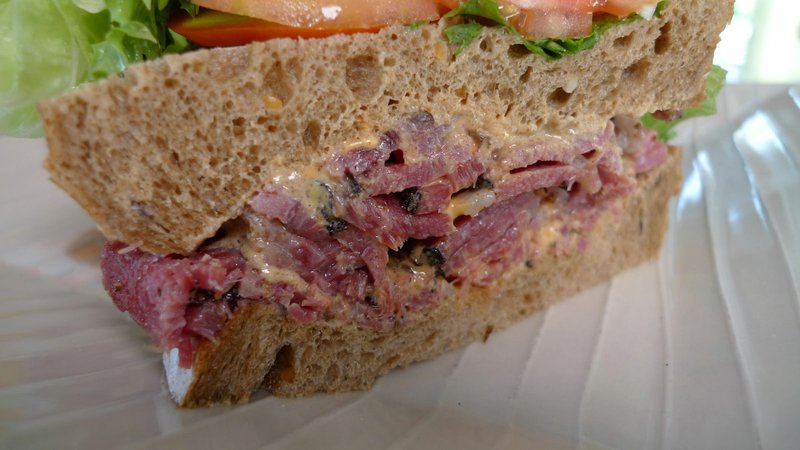 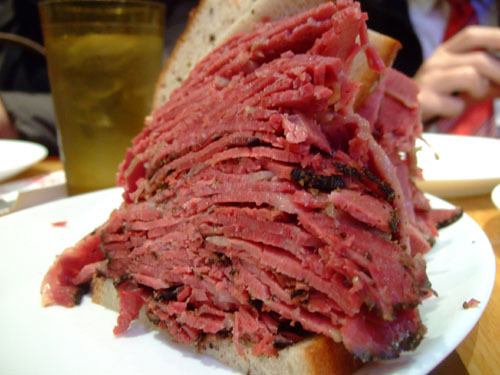