On Saturday the Dusit chapter of Soroptimist International, an organization that concerns itself with issues surrounding women’s welfare, held their biannual Bangkok Homes and Gardens Charity Tour.  We had the opportunity to visit three beautiful homes all located on the banks of the Chao Phraya River.  One was a prince’s home, another was a merchant’s, and the third was a nobleman’s.

I’ve compiled a very nice (if I do say so myself) eight-minute video.  Instead of duplicating the information below, I’ll post some pictures with very brief comments. 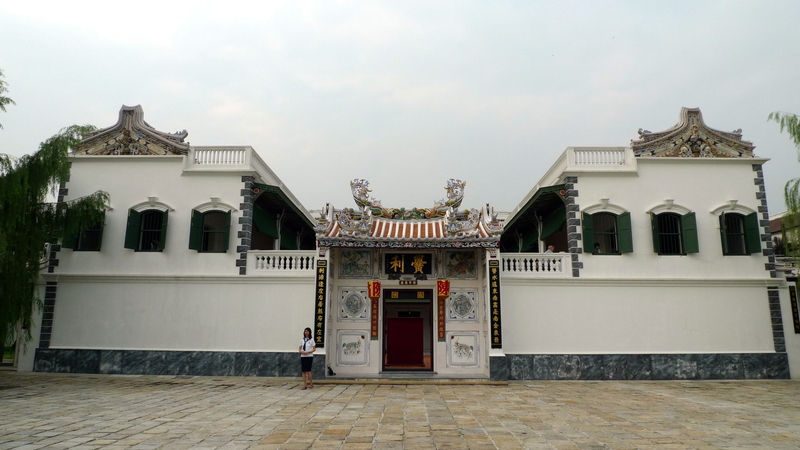 This Chinese house was built in 1881 by a rice merchant.  The Wanglee clan owns it to this day. 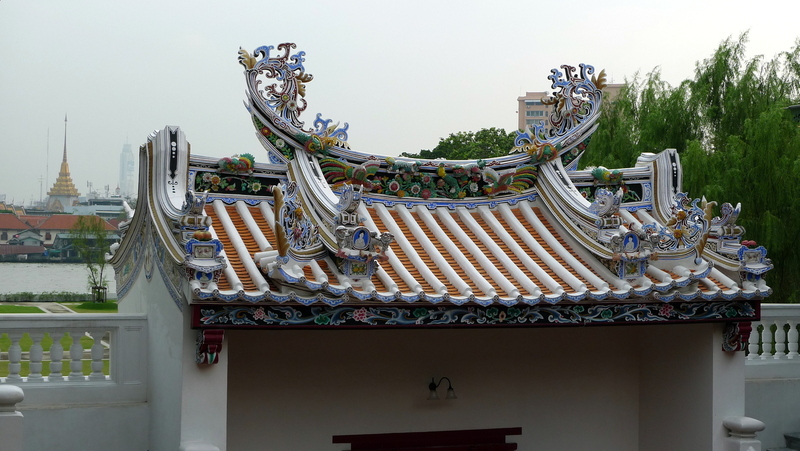 The house is built according to the principles of feng shui, facing the river. 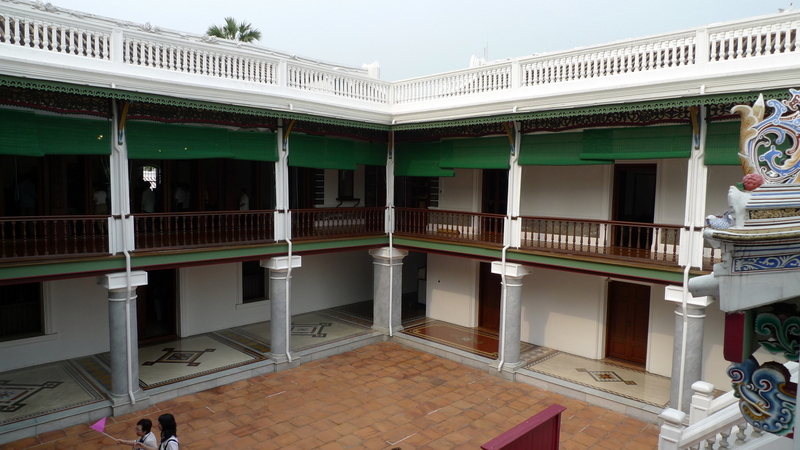 Designed in traditional Chinese courtyard style, the house represents a study of the Chinese culture brought to Siam by Chinese merchants during the 19th and 20th centuries.

Pronounced “cha-kra-bong”, this house was built in 1908 by Prince Chakrabongse, the 40th child of King Rama V.  While studying in Czarist Russia, he eloped with a Russian woman, bringing her back to Siam unannounced. 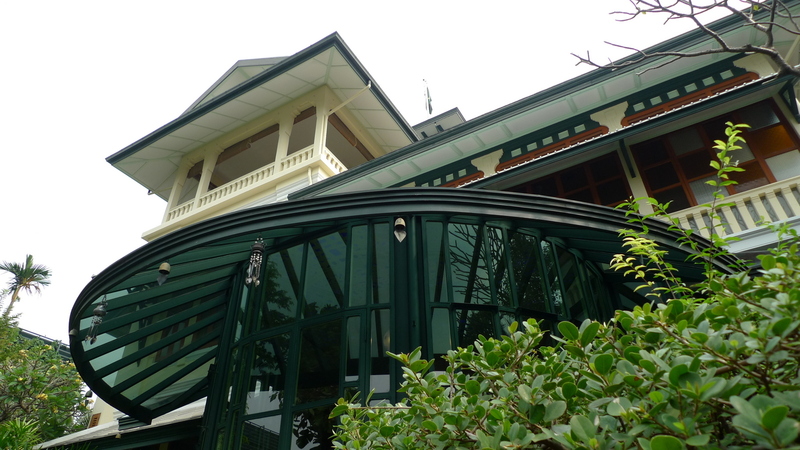 The house is now owned and lived in by the prince’s granddaughter. 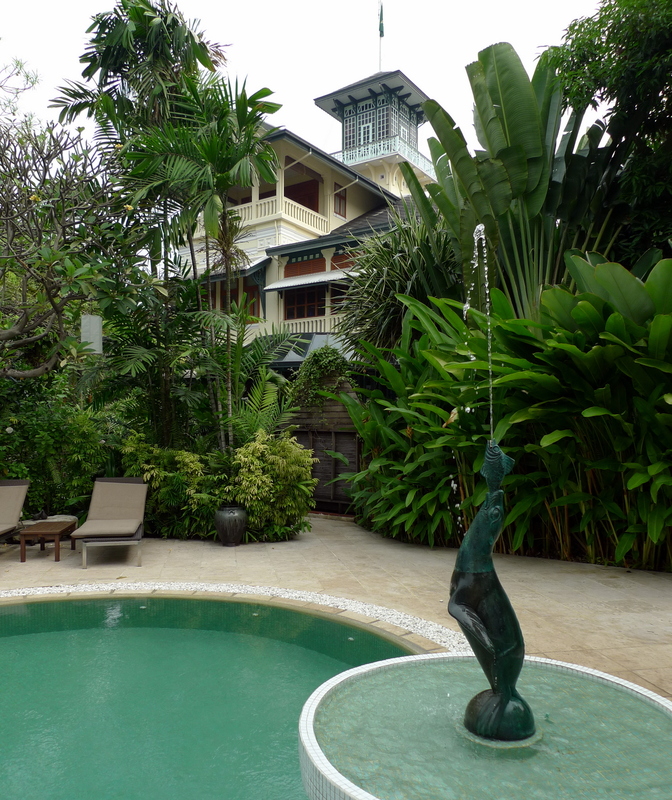 There is also a small boutique hotel built on the property closer to the river. 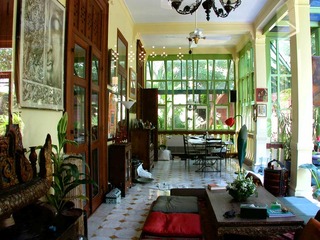 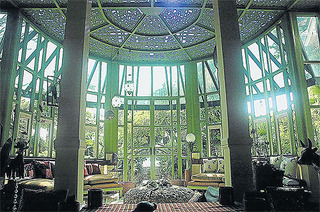 We were provided a guided tour to the inside of the house.  No photos were allowed so I have borrowed other photos that appear on the internet. 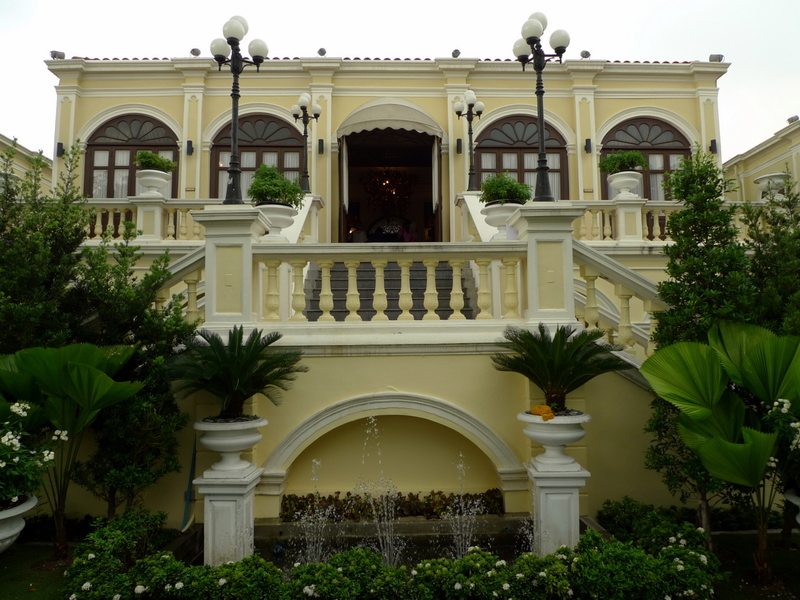 An Italian-inspired mansion built in 1923 by a colonel in the customs bureau during an era in which Italian artists and architects were all the rage in Siam. 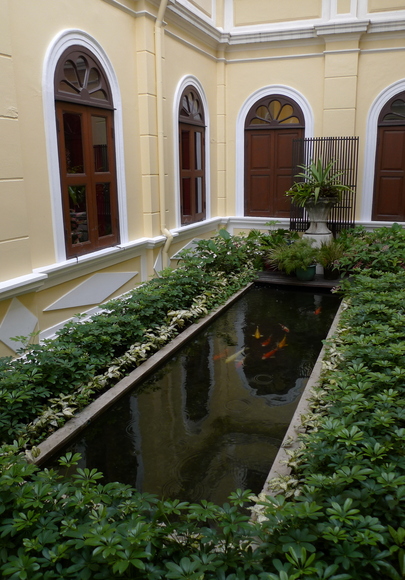 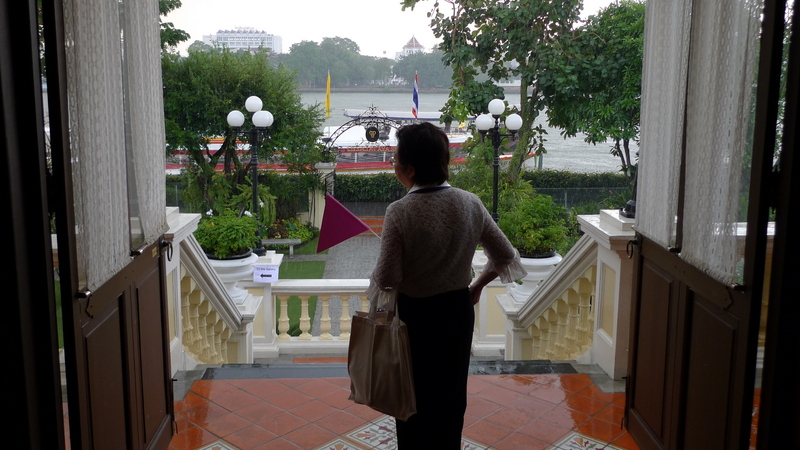 The unseasonable rain finally caught up to us and the hotel staff rounded up umbrellas to shuttle us back to the pier.  Made it back to the Shangri-La Hotel reasonably dry and appreciated the opportunity to get a peek at what life was like in Bangkok a century ago.