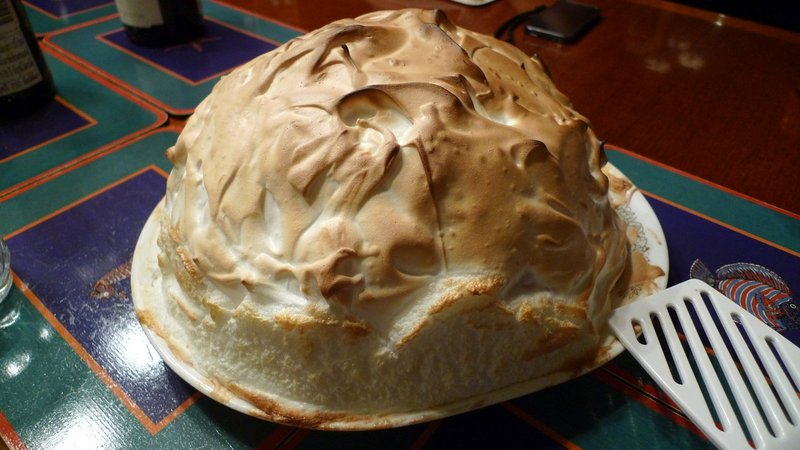 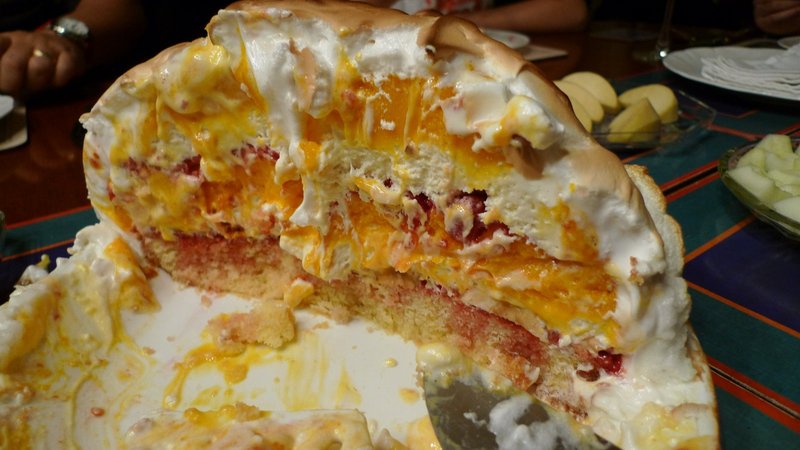 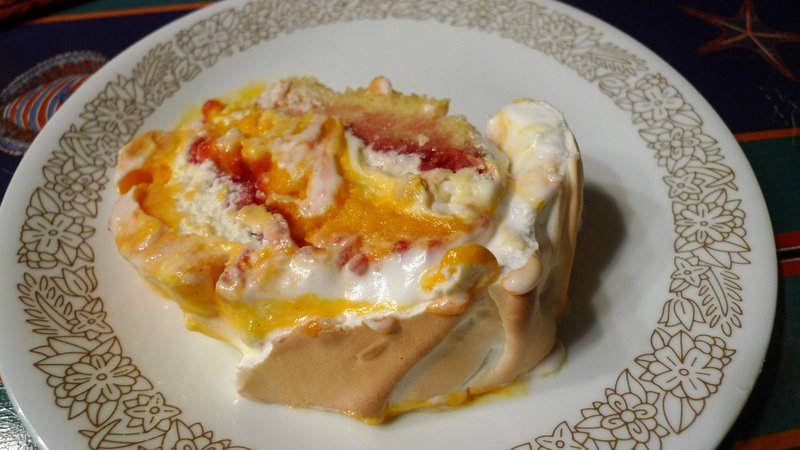 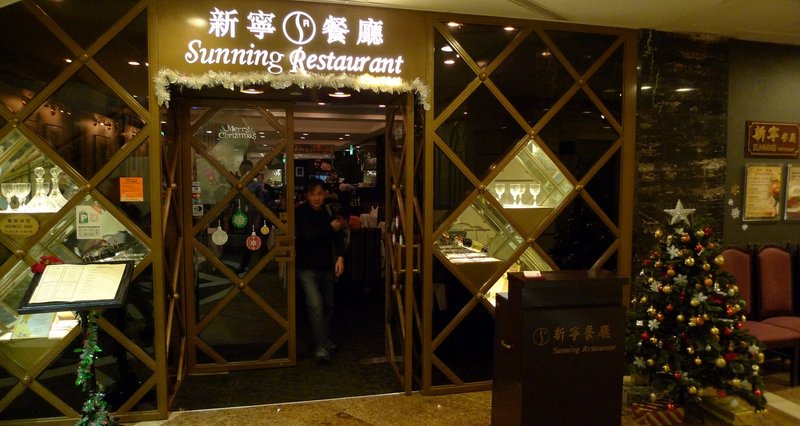 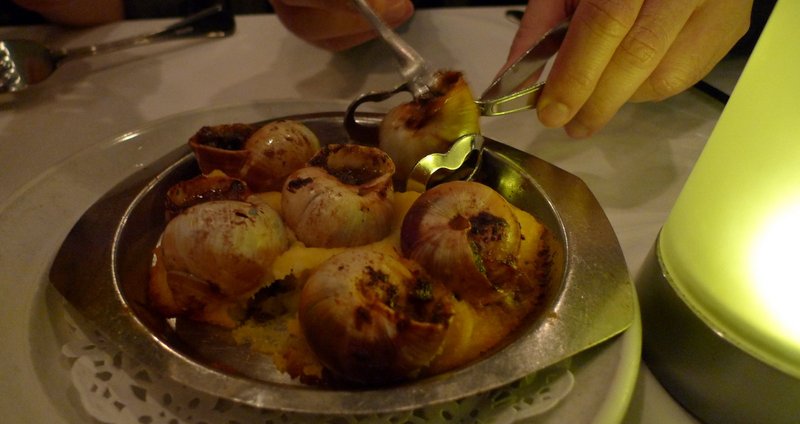 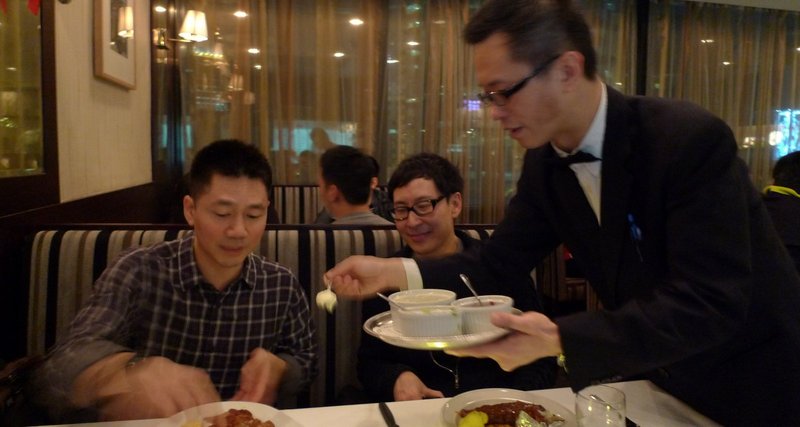 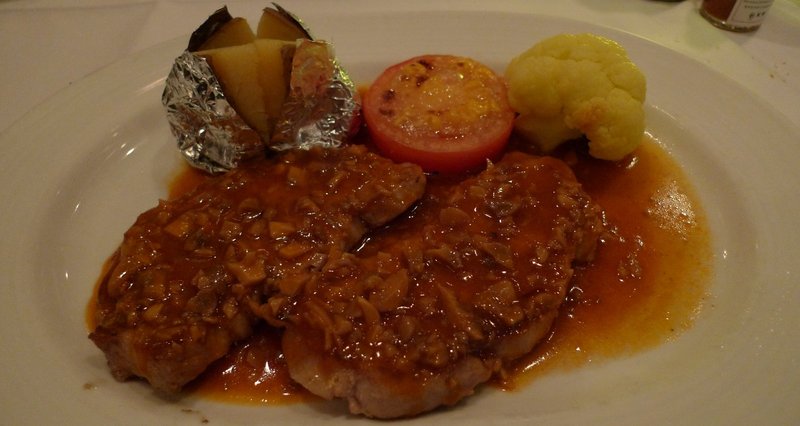 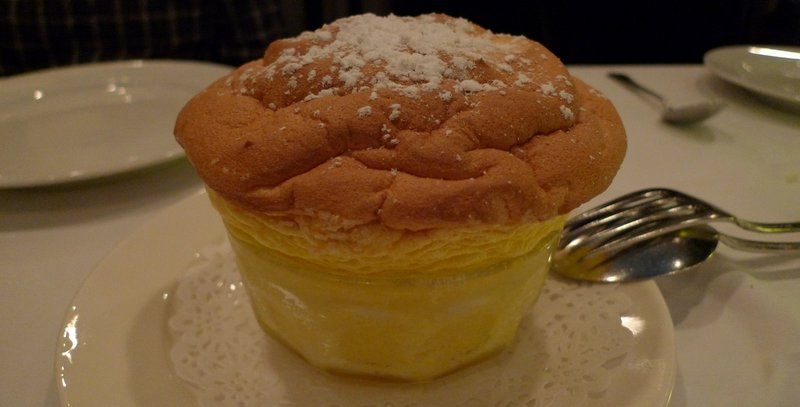 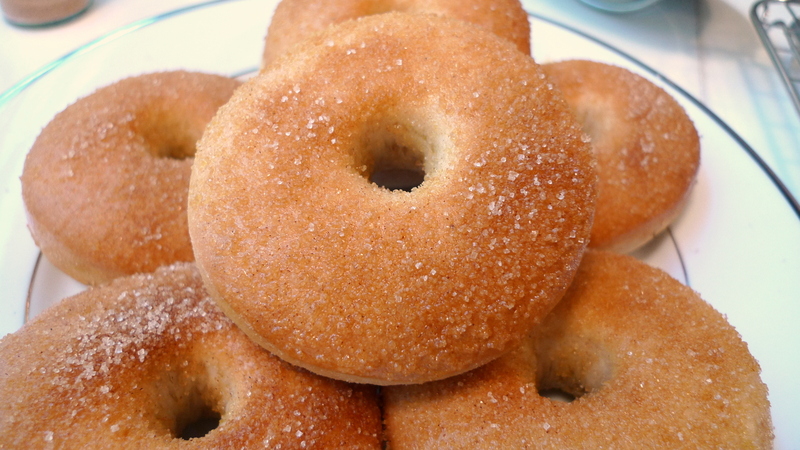 A few weeks ago a couple of friends came down from Chiang Mai and so I invited them over for brunch.  Since they don’t have an opportunity to enjoy good old fashioned American breakfasts that often, I decided to make something special for them: baked donuts.  (Recipe here at 101cookbooks.com) 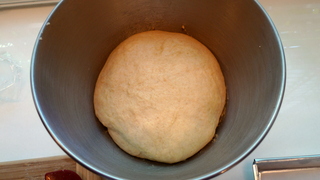 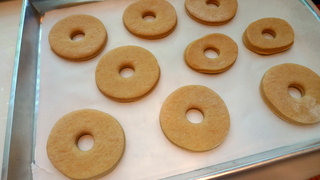 Baked donuts start out very similar to their more common, Krispy Kremed cousins.  They are a basic yeast dough that is allowed to rise, is rolled and cut out, and then allowed to rise a second time before cooking.  But instead of going through the hassle of deep frying (and having your house smell for days afterwards), you put them into the oven.  While you can glaze them, I opted for a brush of butter and a sprinkle of cinnamon-sugar.  The end result is fluffy and delectable – different from deep-fried donuts but still very enjoyable – and with the cinnamon-sugar, it has a classic element. 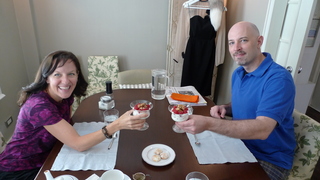 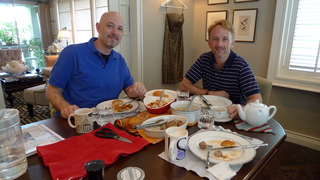 We couldn’t be bothered with a tripod so as to fit all three of us into a single picture. 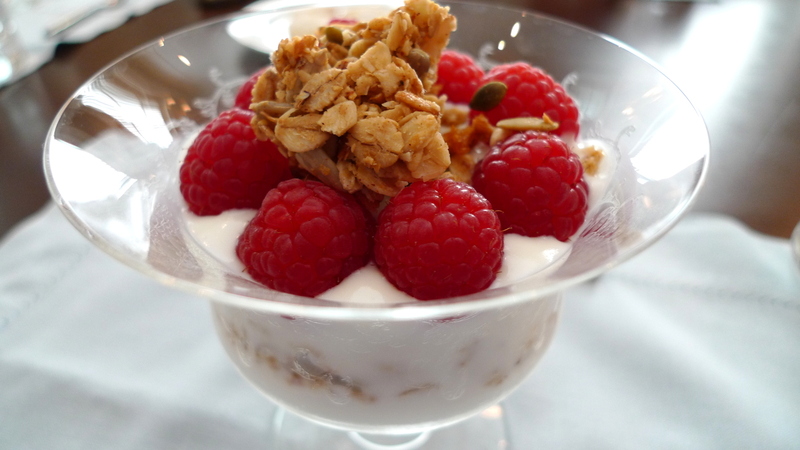 For dessert, I thought it would be nice to do something refreshing and relatively healthy.  It was a bit of a splurge to buy raspberries and blueberries, both of which are imported, but they were really sweet and juicy.  Paired with a bit of natural yogurt and homemade granola, the berries made for a very celebratory parfait and a tasty concusion to a special brunch.