There is a small soi (alley) in Krungthep (Bangkok) called Soi Cowboy.  It is a privately owned street that is lined with bars.  In addition to a drink, you can buy true love there, or at least the kind that lasts thirty minutes of an hour.  This is hardly the only street in Krungthep – or the rest of the world – that is like this, but it remains an example of one of the more negative stereotypes that people have about the capital of Thailand.

From my perspective, though, Soi Cowboy and other similar corners of this town are less about the services offered by the locals and are instead more about the behavior of the visitors.  Without demand there would be no supply.  And what ugly demand it is, too.

Walking by Soi Cowboy on my way to an appointment with my Thai tutor, this was the scene I saw: 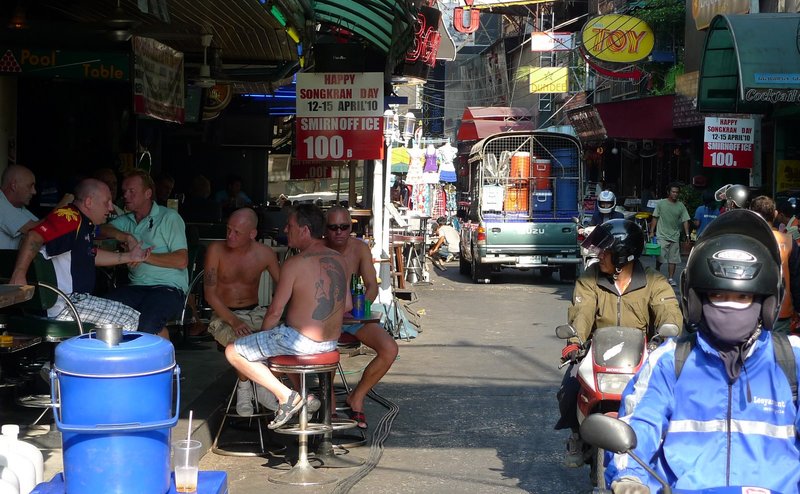 I think the problem is more than adequately captured in the sideways glance the motorcycle driver is giving them.  Inappropriately dressed, these guys are the epitome of what’s wrong with farang.  Ugh…