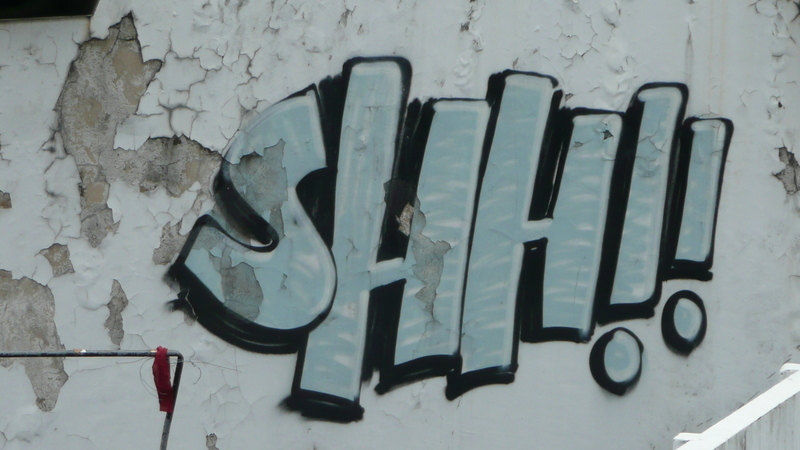 “Shh!!” reads some graffiti located on a rooftop adjacent to the Siam BTS Skytrain station, the interchange station between the two Skytrain lines and home to blaring TV advertisements all day long.  Of course, in this city of seven or eight million, there are few places where noise isn’t a problem.  Even at many of the temples, tape recordings of sermons or Buddhist songs play throughout the day.  If a denizen of the Big Mango was ever left alone with the silence of his or her own thoughts, they might freak out! 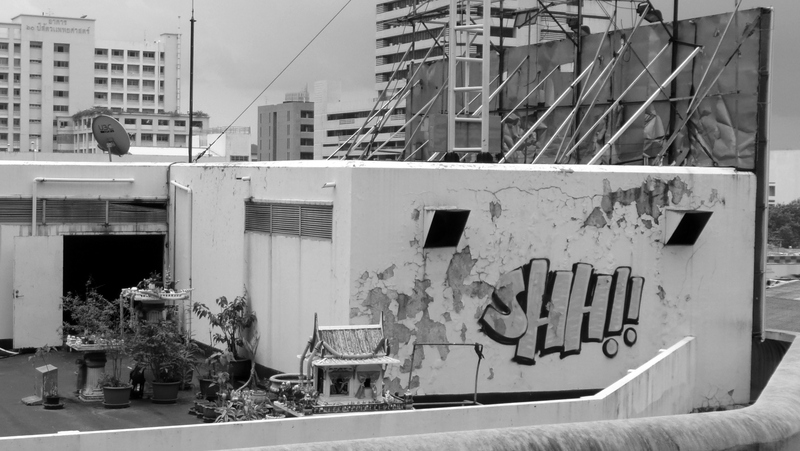 Above, the view from the station platform to the adjacent building.  This is without using much zoom, so you have some idea of how close the building is to the platform and tracks.  It is a business, though, not a residence, so you wouldn’t expect the noise to be as much of a concern.

You know how I always say that I don’t leave home without my camera. Well, yesterday I did leave home twice without my camera, both times missing opportunities to photograph blog-worthy things.  The first was when my friend Paul and I went out for lunch at a tonkatsu restaurant on Sukhumvit Soi 39.  The building maintenance people were caulking a seam in the car park.  Unable to reach it, one worker balanced on the shoulders of the other while applying the caulk, a scene straight out of Cirque du Soleil.

Thankfully, Tawn had his Blackberry with him and was able to take a picture of the second blog-worthy thing.

We attended the opening night of the 11th Bangkok International Festival of Music and Dance, featuring the Ekaterinburg Opera Theatre from Russia performing Verdi’s La Traviata.  It is common for a member of the Royal Family to attend these events (although being an opera, there were already plenty of queens in the audience… Ha ha ha!) and sure enough, there was an unusually long delay as we waited for the guest of honor to arrive and the show to start.  While we normally see one of the various princesses, we were honored to have Her Majesty the Queen present. 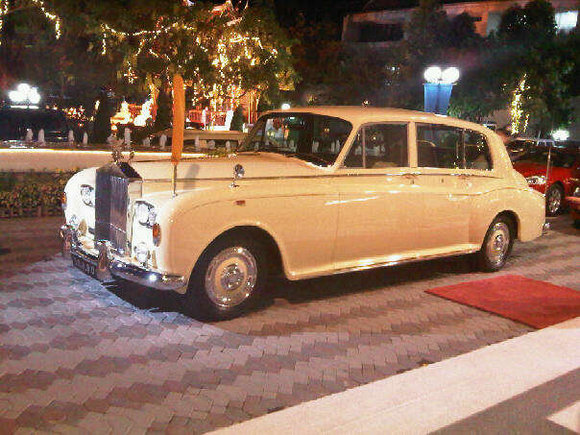 During the first intermission, we stepped outside for some air only to see Her Majesty’s yellow Rolls Royce limousine and the twelve identical cherry red Mercedes that drove her entourage to the Thailand Cultural Center.  Very impressive rides!

0 thoughts on “Shh!! There’s a Queen in the House”