Sorry – the video was locked on YouTube.  I have fixed that and you can now view it.

Hardly a day goes by when I don’t see something while I’m out and about that is worth shooting.  That’s why I almost always have my camera in my bag.  Case in point, after having lunch with Tawn the other day and walking up to the Ploenchit Skytrain station, I noticed some very bright lights on a rooftop.  Sure enough, they were filming a scene from a movie. 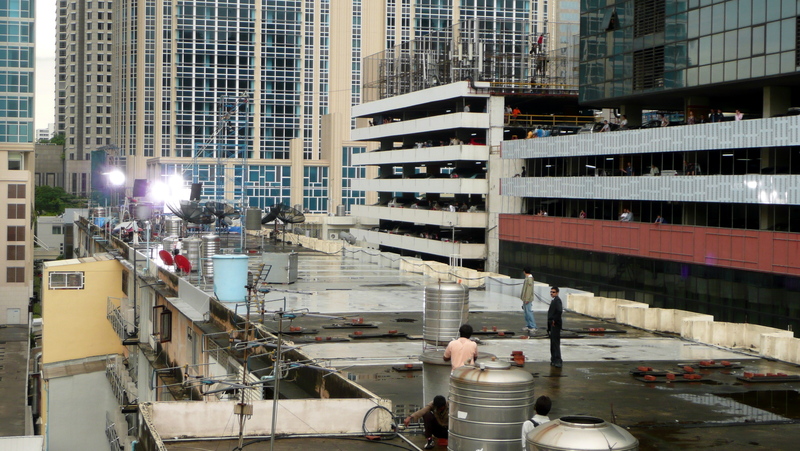 Turned out to be some sort of an action movie, based on the appearance of the main actor probably an Indian film.  Our hero in the dark suit was chasing across a rooftop, firing his revolver wildly at a thuggish looking Asian gangsta (go stereotypes!) holding a machine gun. 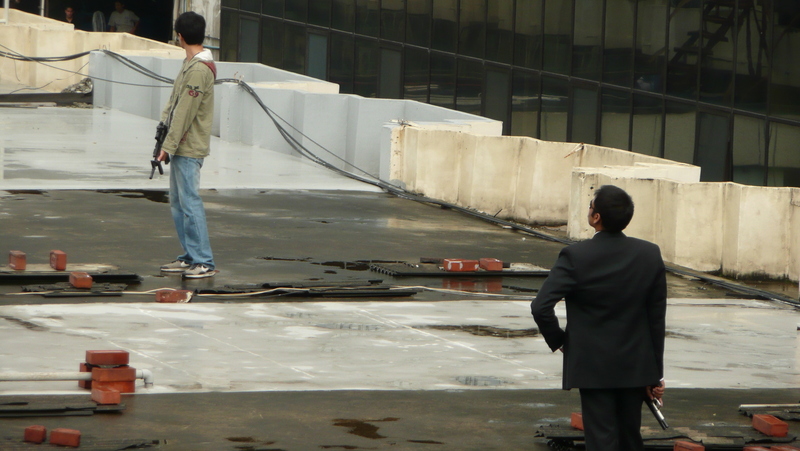 Quite a crowd gathered on the station platform and surround car parks to watch the action.  It looks like the filming was being done by a remote camera that slid down some cables (pictured below) from an adjacent building while the actors ran across the room, producing a sweeping shot.  A lot of work just for one shot that lasted a few seconds. 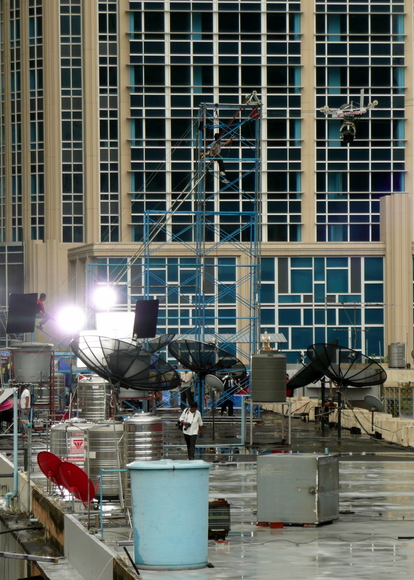 Over the next few days, they shot a few more scenes at the same location – or at least filmed different takes of the same scene – but nothing so dramatic as this.  I shot some footage and edited it down to a 90-second bit for your viewing:

I hope you enjoy it.