Eighteen days. That is all that remains until my job is over and my new job begins. In fact, it is even fewer days than that, as this Friday Tawn and I will fly to the U.S. for an eleven-day vacation. Still I am counting down the days, wrapping up the loose ends. 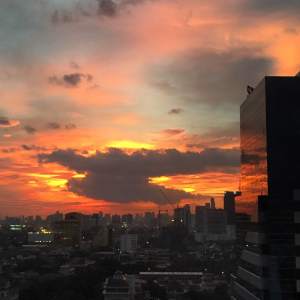 The light at the end of the tunnel?

Saturday afternoon, I concluded a six-day bootcamp for one of my client’s “next generation” leadership programs. I’m particularly proud of the success of this program and was pleased when one of the CEOs complimented the impact we had on the participants. It feels good to leave knowing the work leaves a positive mark on those who have come into contact with it.

After one day off to rest, this afternoon I conducted the graduation for another client’s young leaders program. The HR Director and GM both had positive things to say, regretting my departure. I know that nobody is irreplaceable. Still, it is rewarding to know that people value the work I do.

There’s a development exercise in which people are asked to imagine their funeral: who attends? Who speaks? And what do they say? While it is a bit morose, it can be a good exercise. While it may sound immodest, I find it comforting to know that if anything happened to me (untimely death), I would leave this world having left a positive mark on it.

Maybe still feeling a bit shaken by the recent death of a friend, so my thoughts are kind of morbid. But I like the idea of being able to think of specific people and know that they are a bit better off for having met me.

10 thoughts on “The Light at the End of the Road”