Twice during my trip to Hong Kong, I enjoyed dim sum at Tim Ho Wan, the (world’s least expensive) Michelin-starred restaurant founded by former Four Seasons Chef Mak Kwai Pui. The first time was at the original Mongkok hole-in-the-wall location, which closes the end of January to move across Kowloon at Olympian City. The second time was on my final morning at the newer location one floor below the Airport Express check-in lobby at the International Finance Centre.

The crowd that gathers (and waits for hours) outside the original Tim Ho Wan location. I am sure that the neighboring shopkeepers are thrilled that this crowd will soon go away, as I suspect few of the dim sum customers, many of whom are non-locals, shop at the neighboring businesses.

The inside of the shop seats perhaps two dozen people. That was part of its charm, but what was a hidden treasure has spawned three branches, each much larger. It seems that the magic of the hard to find gem of a restaurant is gone, replaced by the desire to cash in on the popularity.

Above, a full house within five minutes of starting service for the day, with another full round of customers waiting outside.

One of the nice things about Hong Kong is the Airport Express train. What makes it so nice is that for most airlines, you can check in up to 24 hours before your flight. The agents tag and collect your luggage, leaving you free to roam the city until it is time to head to the airport, unencumbered by heavy bags.

I checked in for my flight at 8:00 am, more than five hours early. Ten minutes later I was downstairs in front of the restaurant, the first person to arrive. I opened my iPad and settled in for a wait. Slowly, other customers arrived and formed a queue behind me. At 8:50, Gary, Rudy, and the other Xangans arrived so we were the first seated and snagged a nice table with great lighting.

Since I have written about the original location and the second location before, I’ll just share pictures of the food. 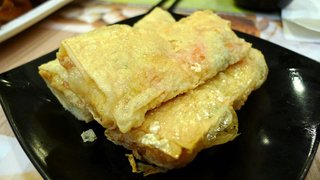 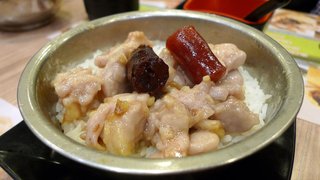 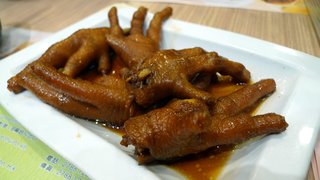 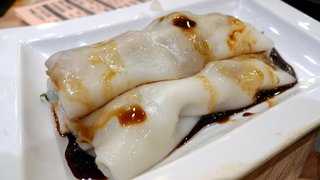 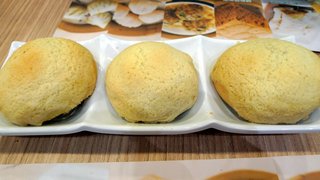 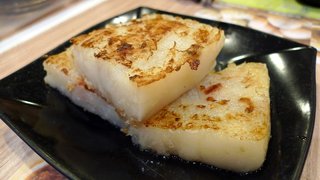 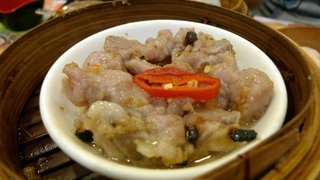 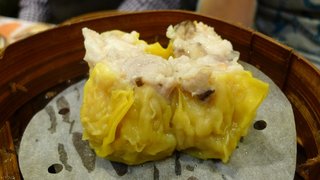 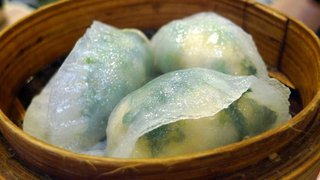 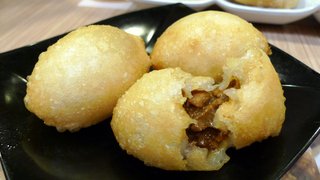 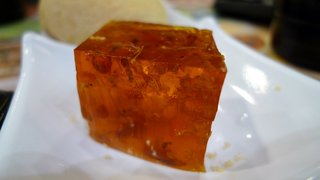 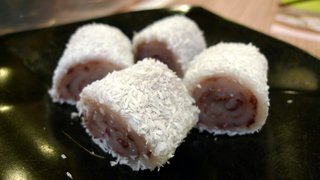 As I observed, having arrived early, the kitchen staff is still making everything by hand and that quality and attention to detail is clear when you eat the food.

As we finished our meal and I headed to catch the train to the airport, the crowd had grown even larger. As you can see, it is a first or last stop for some people who are going to or coming from the airport. A very convenient location and perfect if you have a long layover and crave some world-class dim sum!