Oh, Shanghai, you really do have such interesting things to see, don’t you? My trip there was full of odd moments, funny signs (not all of which were intentional), beautiful scenes, and colorful images that I will long remember. 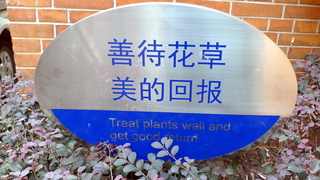 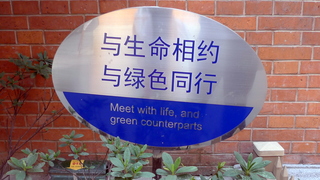 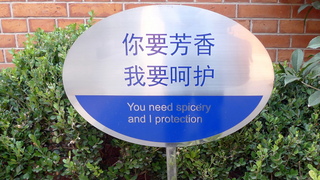 A trio of signs in a housing estate meant to encourage residents to respect the greenery. Translations into English were a bit questionable: “You need spicery and I protection” (maybe relative to variety being the spice of life?); “Meet with life and green counterparts”; and “Treat plants wall and get good return” (okay, I kind of understood that one). 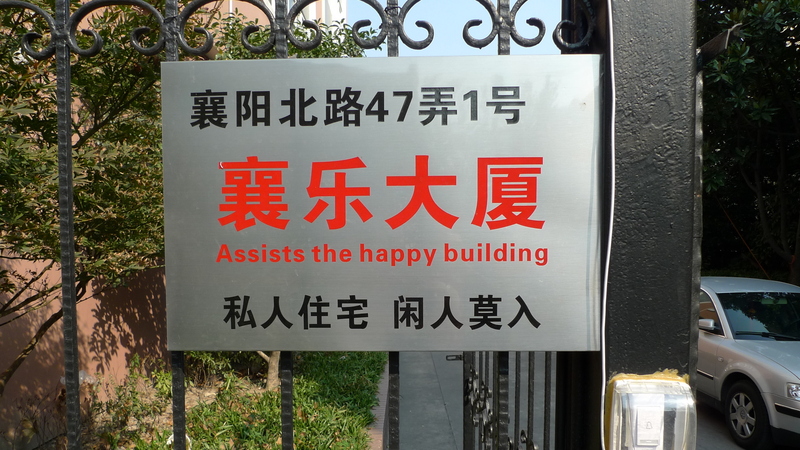 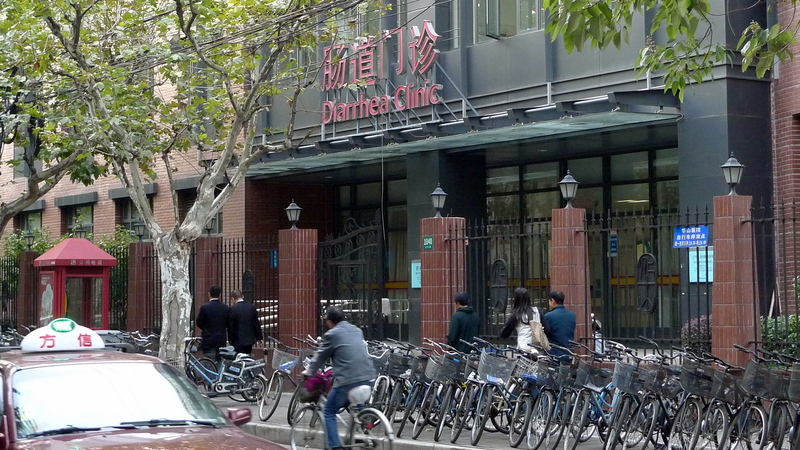 We saw several health clinics with rather blunt names. Here is the Diarrhea Clinic. Okay, I guess that is easier to say than “Gastrointestinal Distress Clinic”. 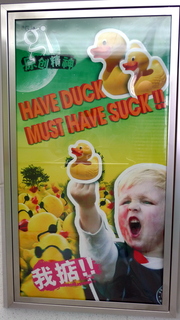 Random advertisement: “Have duck, must have suck!!” 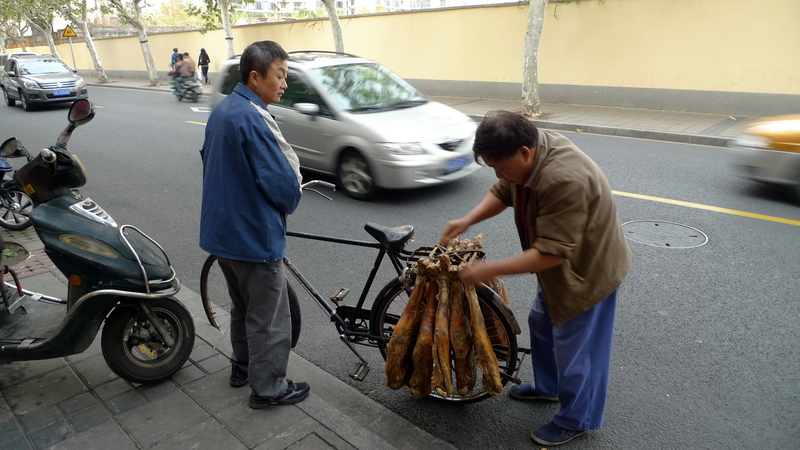 Street food! We passed a shop specializing in ham. They were preparing for a delivery, strapping ten smoked and dried pig legs to the back of a bicycle. 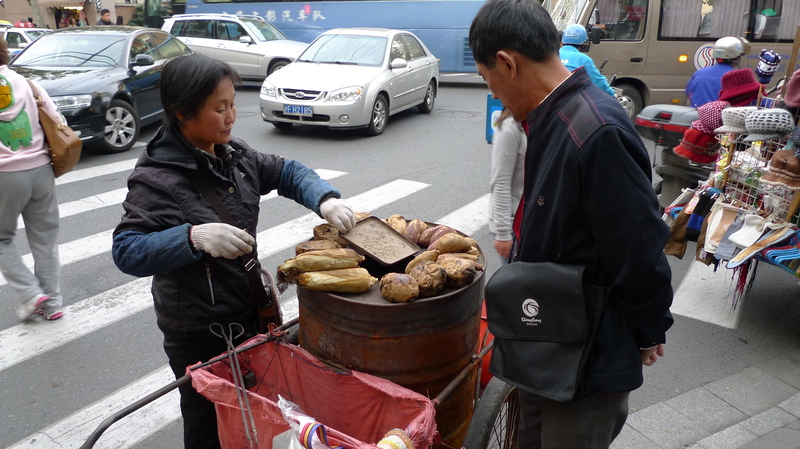 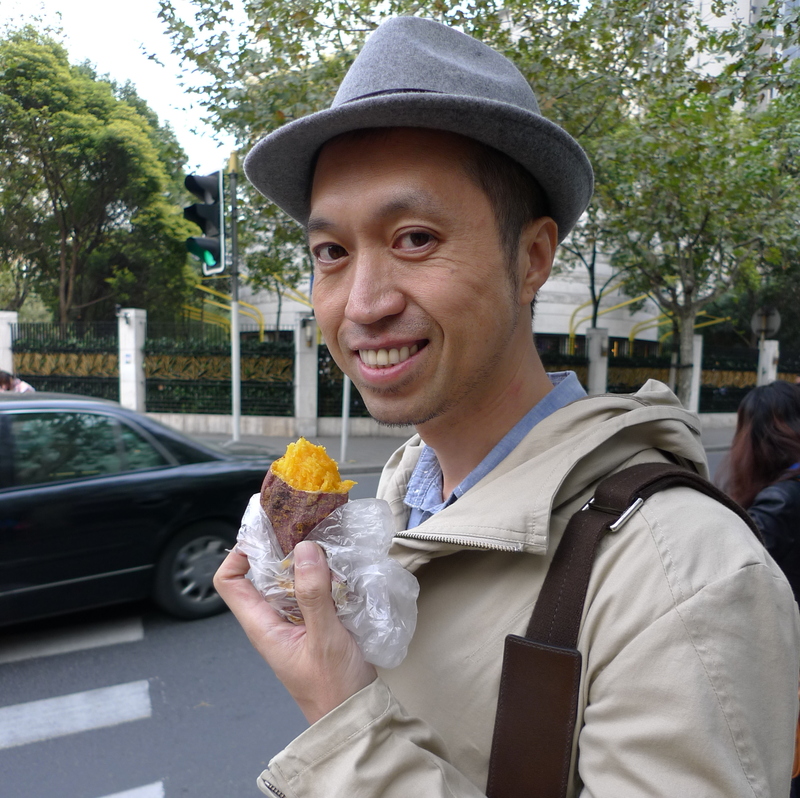 Roasted corn and sweet potatoes sold on the street. Perfect for cool weather! On the right, Daniel tries one. Sadly, I forgot to get a picture of Jason, too. 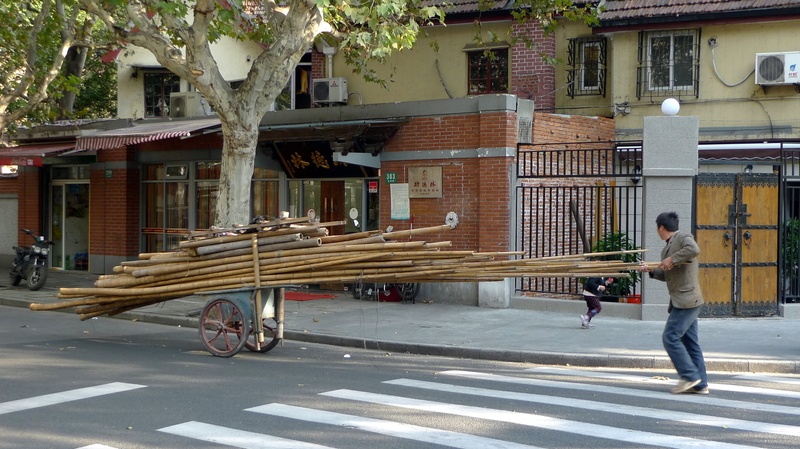 Lots of modern vehicles in Shanghai, but also a lot of people using pretty old (and inventive) methods of conveyance. 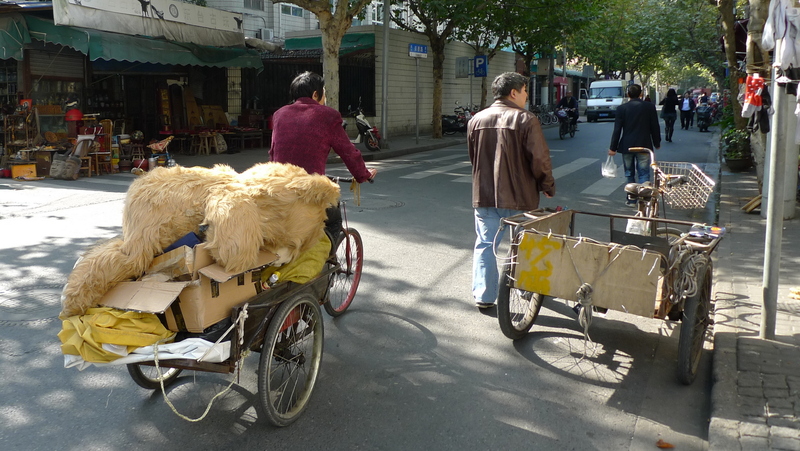 Wait a minute, is that a large stuffed bear in that cart? 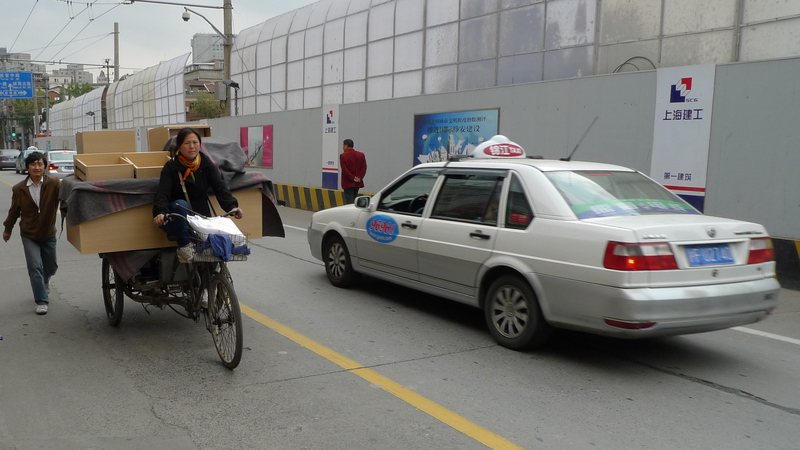 Almost anything can fit on the back of a bicycle, even if it means that the passenger has to walk alongside. 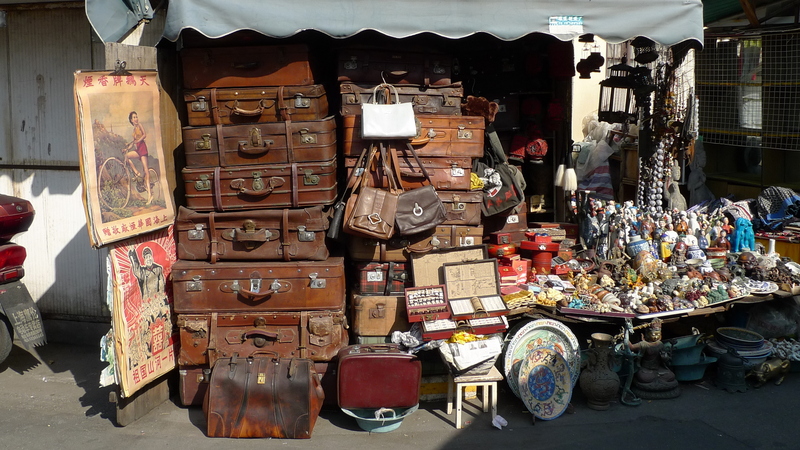 The antiques market (“antiques” really needs quotes around it because few things are really antiques) is a great place for kitsch. My favorite must-have item: 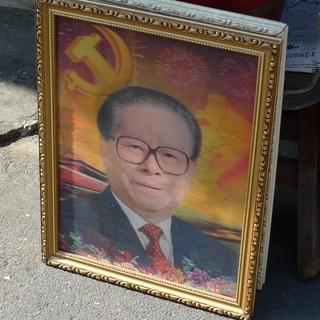 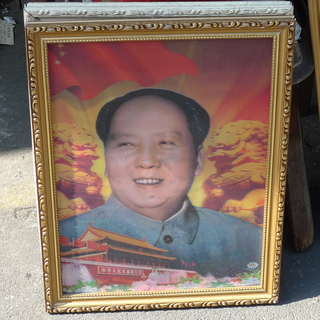 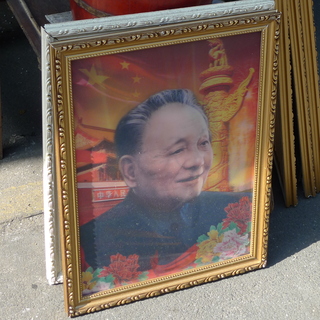 Yes, a portrait of Chinese Communist Party heroes that changes images as you move. From the left: Jiang Zemin, Mao Zedong, and Deng Xiaoping. I guess the American equivalent would be Lincoln, FDR, and Kennedy? 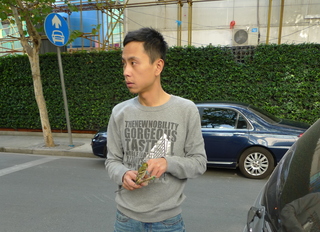 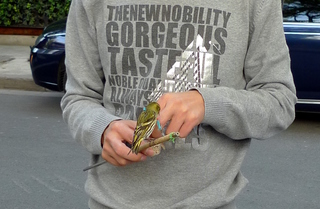 Bird ownership is very popular in Chinese culture. I passed this guy standing on the street and couldn’t figure out at first glance what was in his hands. 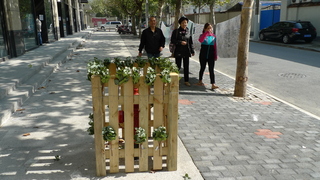 Lots of effort made to beautify the city. In front of a new set of retail shops that are about to open, someone decided to build a little fence around a fire hydrant, which they must have thought to be unsightly. The beautify the fence, they tied small artificial plants to it. Of course the tags are still on the plants, making the whole thing as ugly as could be. Oh, and I checked: the artificial plants were made in the USA. No, just kidding… they were made in China. 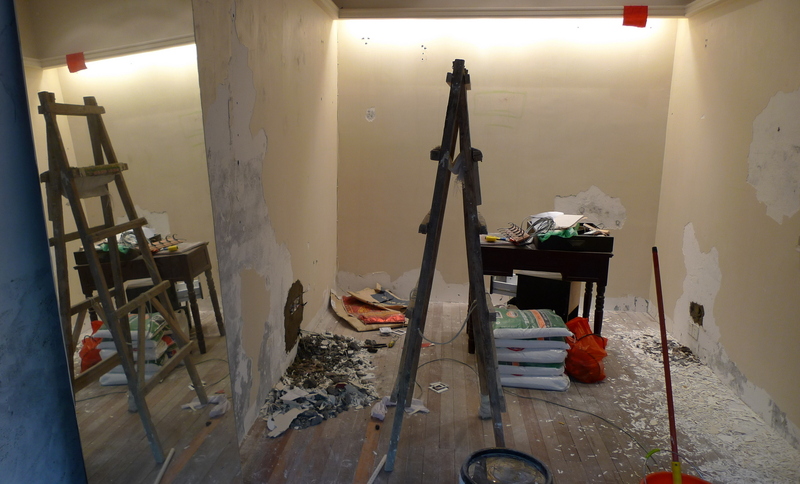 There were lots of buildings being built and shops being remodeled. I found this one interesting just because of the mirror. Beautiful small park in the midst of the French Concession. It definitely has a European feel to it, doesn’t it? 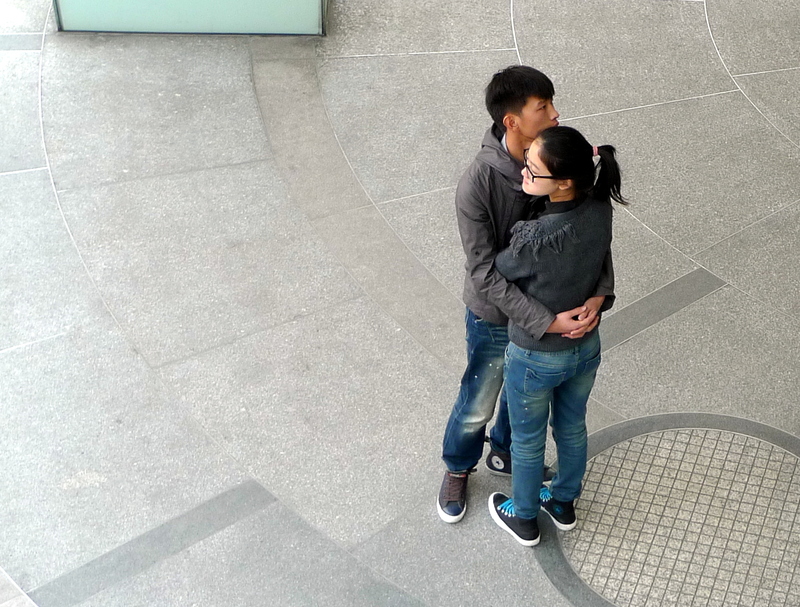 Maybe it was just the chilly autumn weather, but love was everywhere in Shanghai. Lots of people were taking wedding photos. It is common in a lot of Asian cultures to take your wedding photos before the day of the wedding. Maybe there is a rush of weddings in the next few months, to sneak them in during the auspicious Year of the Dragon? We wanted to get in on the action, too!

Okay, one more Shanghai entry coming up (about the mag-lev train to the airport) and that wraps up that trip. Happy Thanksgiving to everyone in the United States.

0 thoughts on “Shanghai Odds and Ends”