President Obama was in Bangkok Sunday as part of a three-day tour of Southeast Asia. The primary purpose of his visit is to attend the East Asia summit in Cambodia this week, but he is fitting in short visits to Thailand and Myanmar (Burma) as well. As coincidence would have it, I was crossing Ratchaprasong intersection on the way to lunch at Central World Plaza just as his motorcade left the Four Seasons Hotel.

The thing that struck me as most interesting is that the police put fewer restrictions on traffic (see that commuter van hanging in the middle of the intersection, waiting to turn right) for President Obama’s motorcade than they do for the motorcades of some members of certain Thai VIPs. In fact, pedestrians are usually not allowed on the bridges when those VIP motorcades pass. That said, the entire block around the Four Seasons was full of Thai and US security personnel and there were checkpoints on the road heading both directions. 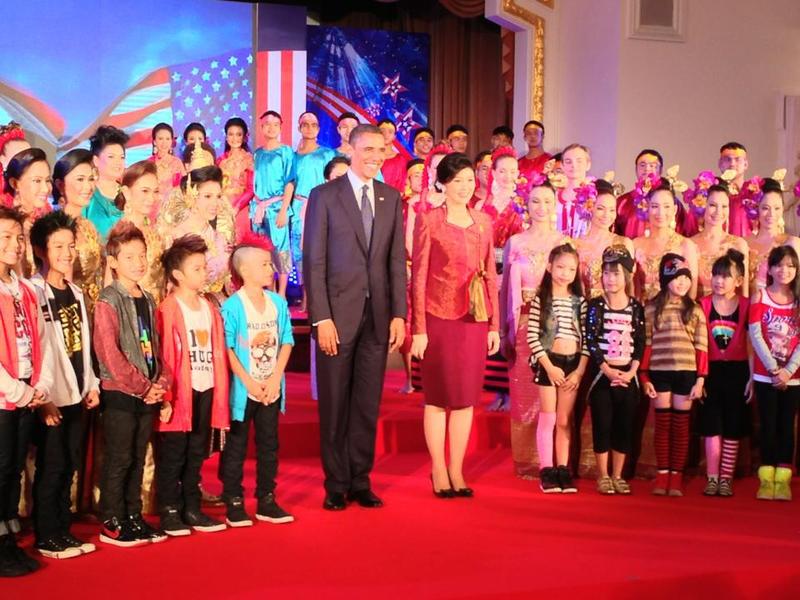 My friend Doug de Weese received an invitation to the reception and dinner for President Obama held last night at Government House. These pictures are courtesy of him. Here we have the President and Thai Prime Minister Yingluck Shinawatra posing with the performers from the reception. Notice how the children in the front row are dressed – it took me a while to figure out what was going on. 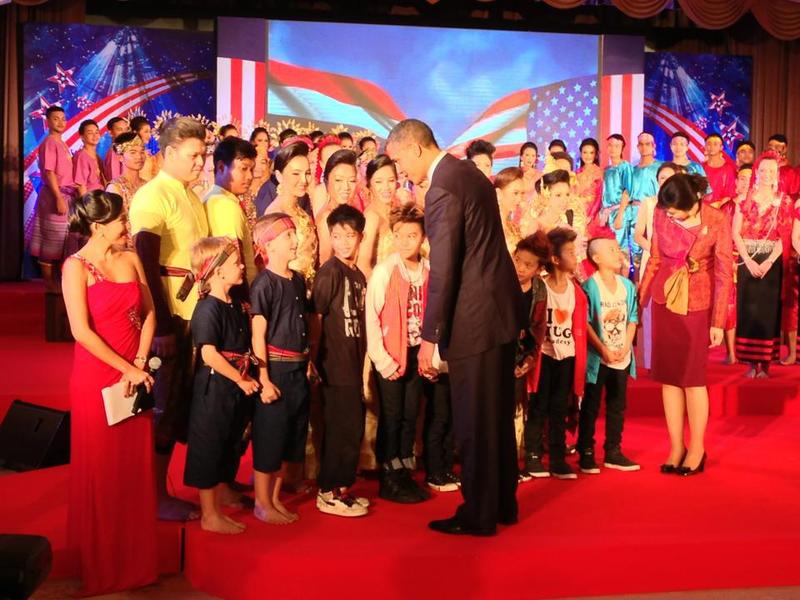 In this picture, the President is greeting the performers. Oddly, the caucasian students are dressed as Thai farmers and the Thai students are dressed, I guess, as how Americans children are perceived to dress. The boys are dressed as punks (along with the one boy wearing a “I heart Hugs” shirt). In the pervious picture, you will see that the girls are all dressed in some vaguely 1980s Cyndi Lauper / Madonna look. Curious.