Shanghai is a city of immigrants and the most international of Chinese cities. This mixture of people and cultures means that there is an opportunity to try many different types of food from lowbrow to high-society. We arrived in Shanghai armed with a list of recommended restaurants and were hosted by people who had their own “must try” lists, so we had more places to eat than we had meals! I’m combining a few different meals into this entry. 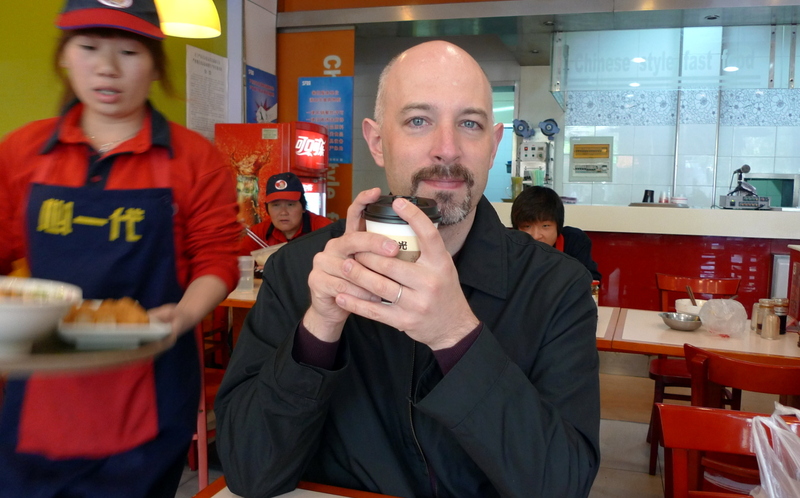 Breakfast is the most important meal of the day, right? Knowing that, we wanted to see how folks in Shanghai fuel their day. The morning that we arrived, Tawn’s cousins Paul and Nicha took us to a Kiwi restaurant near their apartment for a satisfyingly typical western style breakfast. On subsequent mornings, though, we went native for our breakfasts. 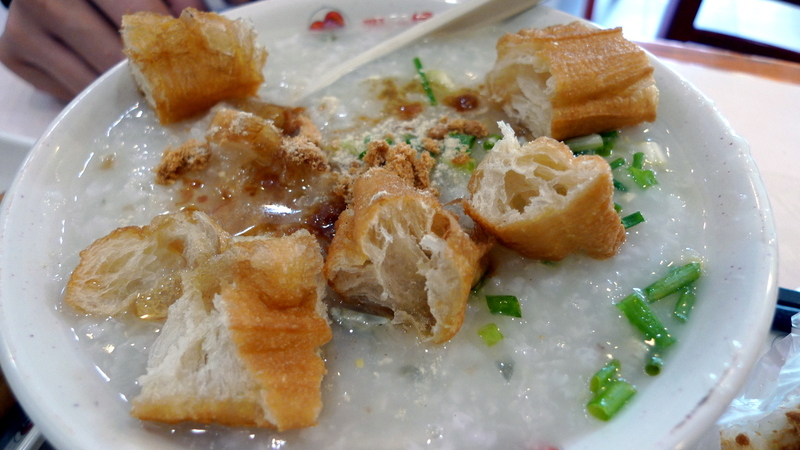 A common breakfast dish anywhere with Chinese influence: rice porridge, known as jok (“joke”) or congee (“con-jee”). For breakfast, you can also order these “Chinese donuts” which are fried sticks of dough perfect for tearing up and adding to your jok. They are not sweet, though. If you are a porridge sort of person, as I am, you will probably enjoy jok. 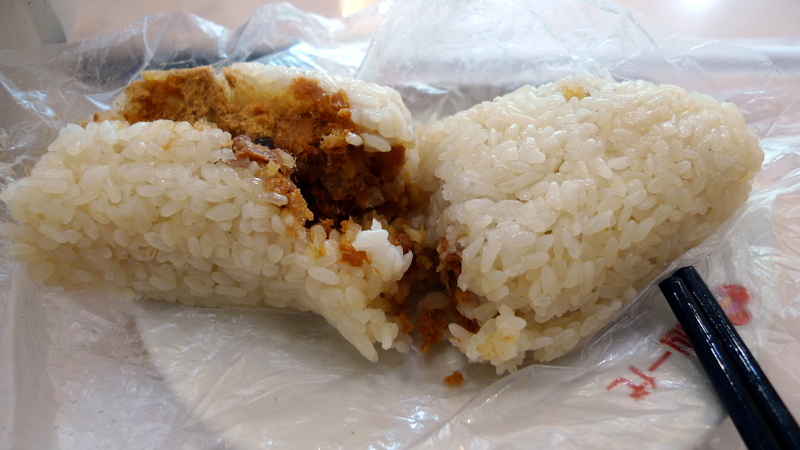 Another breakfast snack was what might be described as a rice burrito. Sticky rice rolled around some dried pork and pickled vegetables. This is the exact same thing we had for breakfast when we were in Taipei in November 2009. 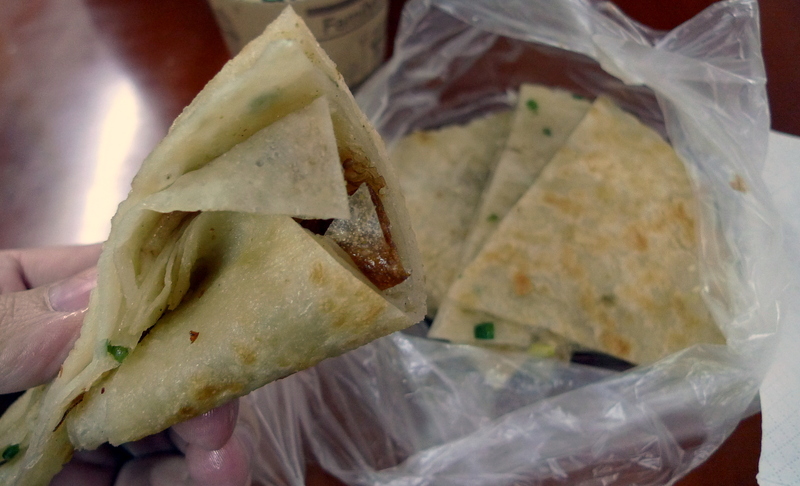 Another breakfast item, bought from a Muslim vendor, was this roti – a thin, multi-layered pancake with salt, green onions, and a sprinkle of sesame seeds. Tasty but heavy. 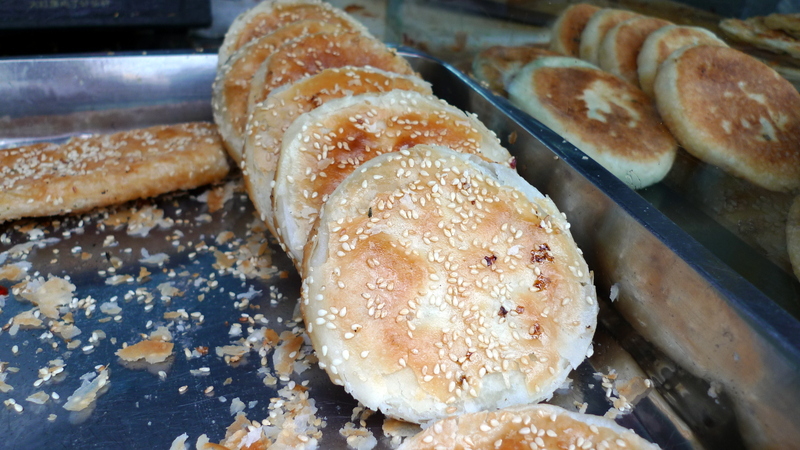 At the same vendor, we sampled these thin cakes stuffed with black sesame paste. The cakes are griddled and have a very flaky texture. 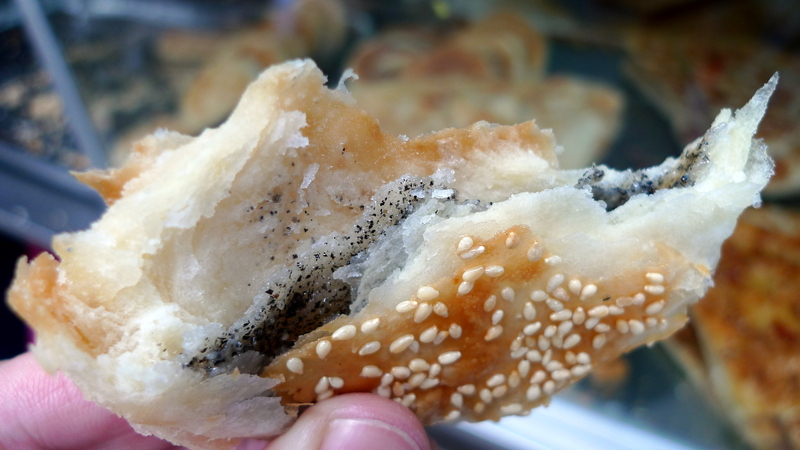 Detail shot showing the light, flaky texture of the cakes and the black sesame filling, which is slightly sweet. We also bought a hot beverage that was made from blended black sesame seeds. It had a very pleasant flavor. 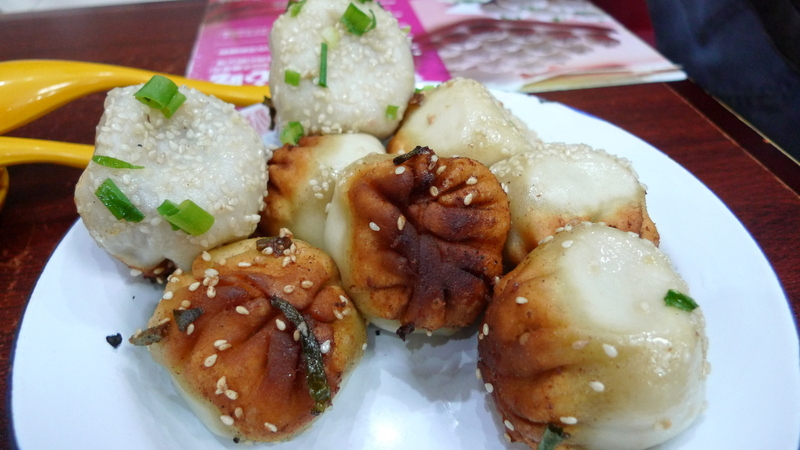 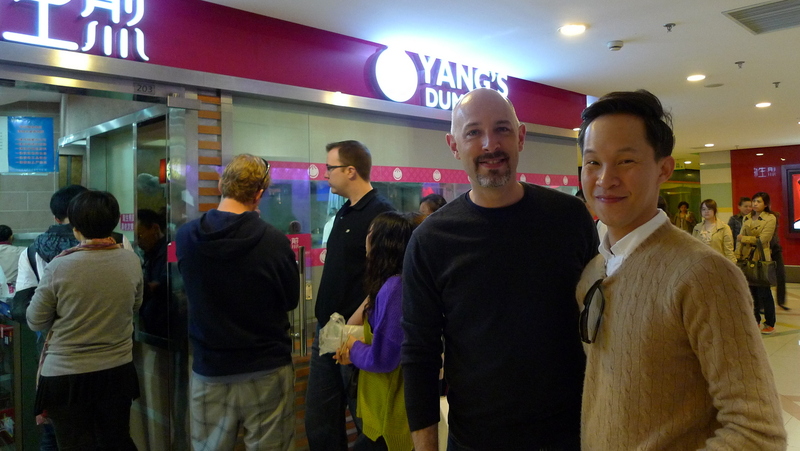 We tried sheng jian bao from a few different places but kept returning to the place where we first tried them: Yang’s Dumplings. With a few branches in Shanghai, Yang’s popularity is clear by the queue that stretches from the front door most anytime during the day. You queue up on the left, ordering and paying at the cashier, and then queue up on the right to wait to collect your order. 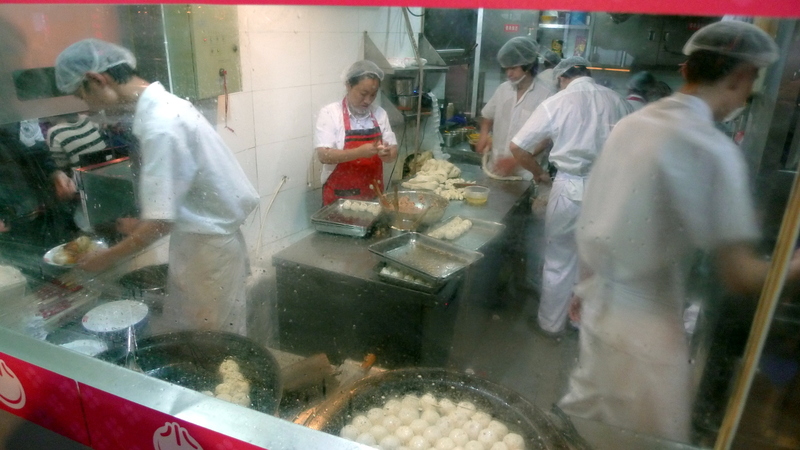 A view of the cramped but efficient kitchen at Yang’s Dumplings on Wujiang Luu above the West Nanjing Street subway station. The menu has only about a dozen items but these dumplings are the superstar item. 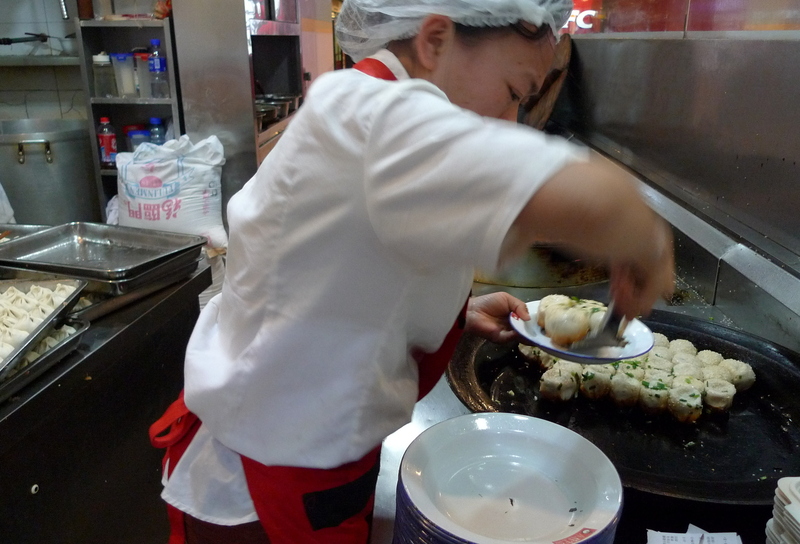 The secret that makes sheng jian bao different from xiao long bao (made popular at places like Din Tai Fung restaurant) is that the sheng jian are fried in a heavy pan and steamed at the same time, a process making them a relative of Japanese gyoza – potstickers. This provides a crispy, crunchy bottom with a tender, steamed top – the perfect combination of textures. An order is four dumplings, enough for a hungry person or for two people to share if you have also ordered some soup or greens. 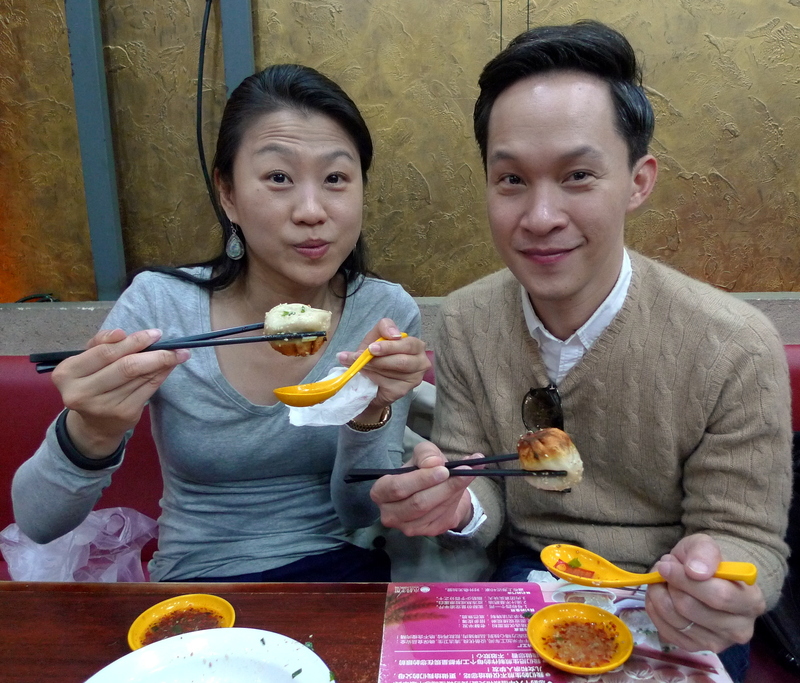 Tawn and his cousin’s wife, Nicha, demonstrate two techniques for eating sheng jian bao: steamed top up or pan fried bottom up. The trick here is to be very careful because the inside of the dumpling is filled with ground pork and a minor ocean of hot soup. You don’t want to let the succulent soup spill so you have to gently tear the top of the dumpling and slurp the soup out. I found the “steamed top up” technique to be easier. 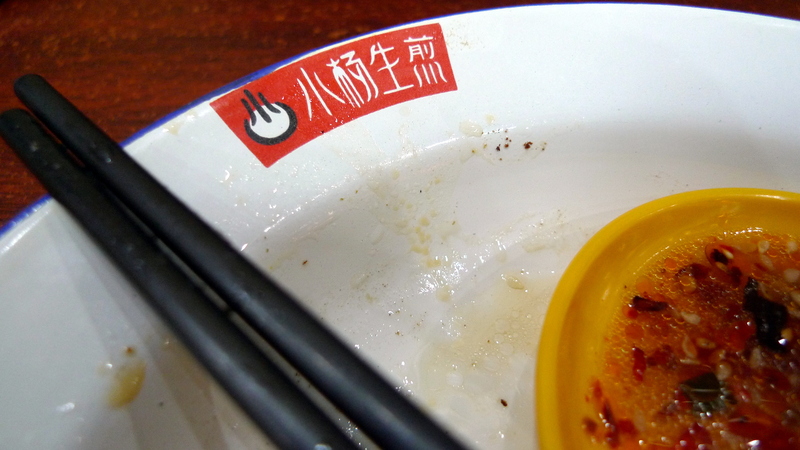 The sad circumstance that we kept facing throughout our visit to Shanghai was this: an empty bowl, its tasty contents just a fading flavor on our tongues.