The main reason we were in Kaua’i was to attend the wedding of my cousin Kari to her fiancee Nathan.  They exchanged vows on Sunday in the late afternoon along a beautiful stretch of Shipwreck Beach near Poipu, which is on the south shore of the island.  There were about two dozen family members who had made it for the ceremony, probably a few more than Kari and Nathan had originally anticipated.  Needless to say, it was a beautiful ceremony. 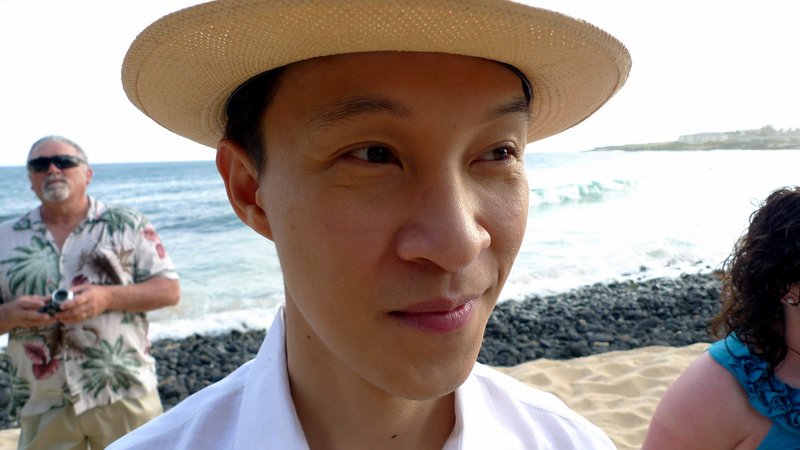 Tawn comes prepared for the occasion with a nice hat. 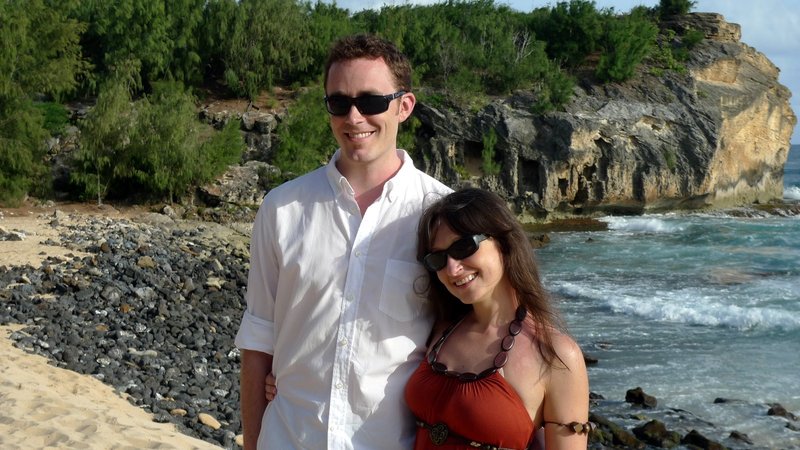 My cousin Brad and his wife Silvia.  Brad is Kari’s younger brother.  The cliff in the background served as a focal point for the ceremony. 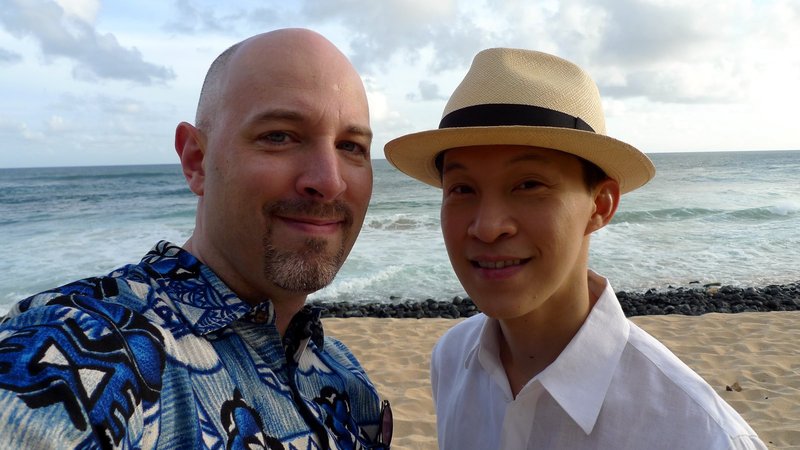 Tawn and I pose for a self-portrait. 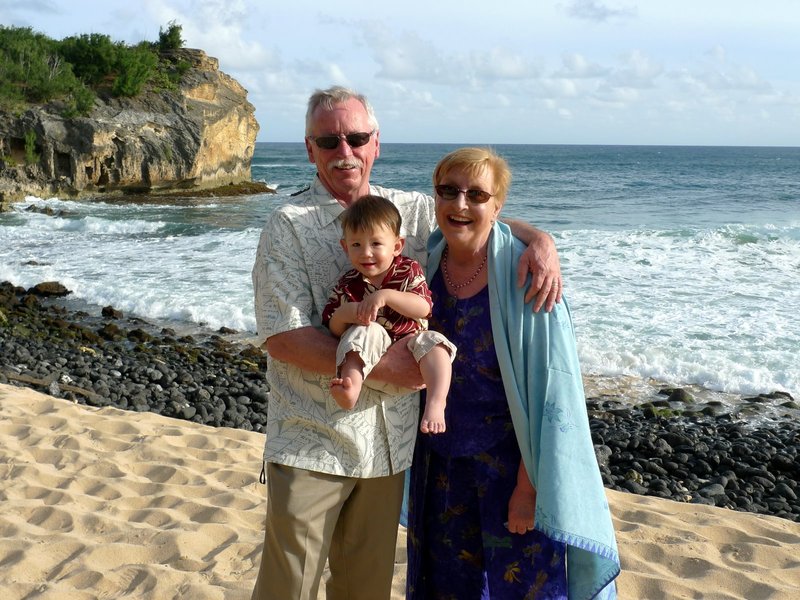 My uncle Dick and aunt Sandy and their first grandchild Tommy.  Dick is the older brother of Kari’s mother. 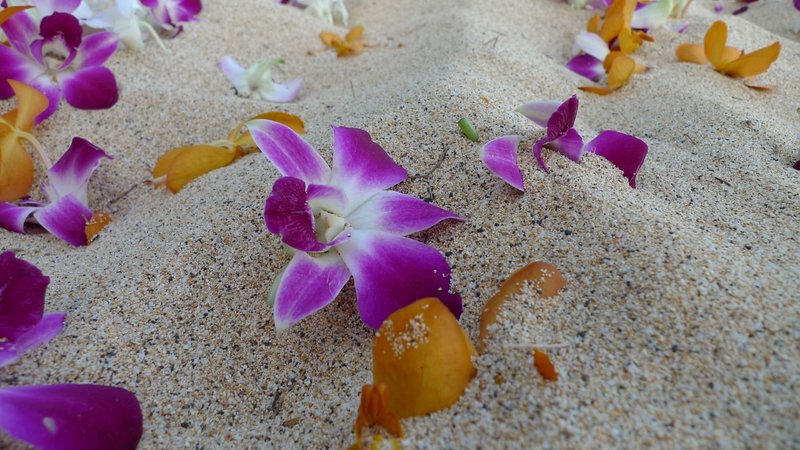 Orchids are strewn along the beach, marking the path along which the bride walked. 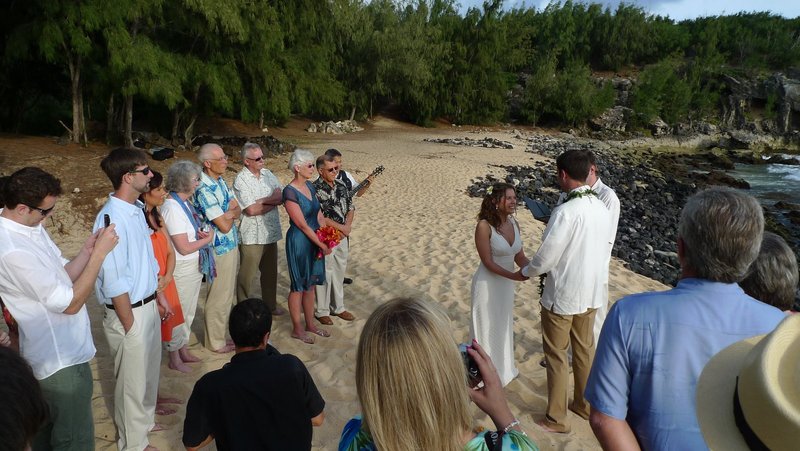 As is probably increasingly the case these days, it seemed everyone (myself included) was trying to get pictures of the ceremony rather than just witnessing it! 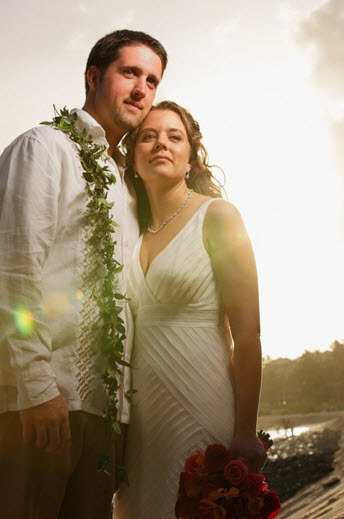 We needn’t have worried, though, as the official photographer did a marvelous job and made these photos available on his website.  I will say that if you are ever looking for a great wedding photographer, for the Hawaiian islands or elsewhere, I would recommend Gelston Dwight. 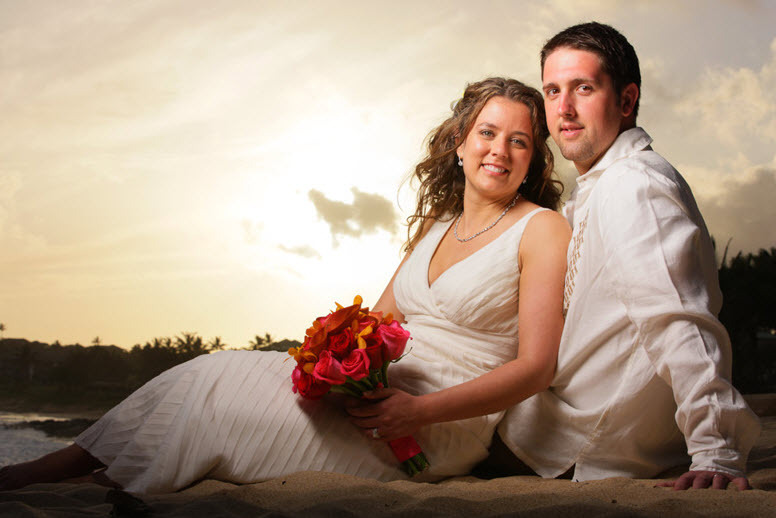 The lighting of these photos was really spectacular.  They have a “Hollywood-esque” quality to them and capture the couple’s glamor as it looks in everyday life! 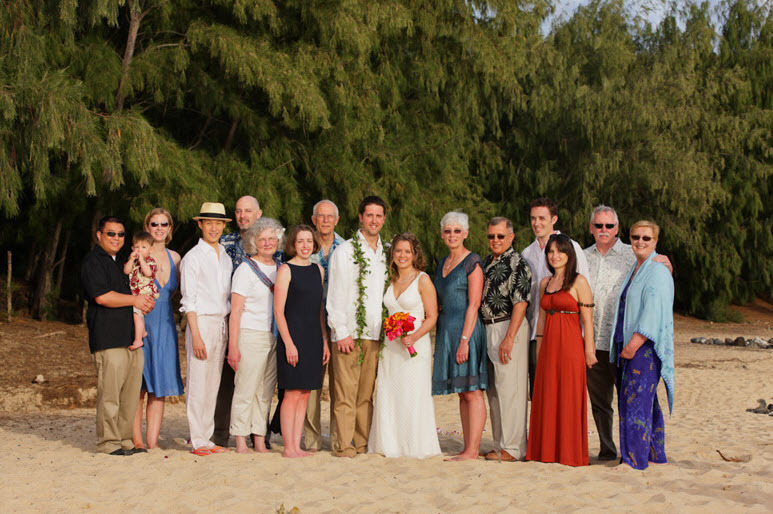 This is about half the group – just Kari’s side of the family.  From left to right, cousin Bill, his son Tommy, his wife Alex (also my cousin), Tawn, Me, my mother, my cousin Kelly (Kari’s sister), my father, Nathan, Kari, Kari’s mother Pat, father Carl, brother Brad, his wife Silvia, and my uncle Dick and aunt Sandy.  Probably more than you needed to know, right? 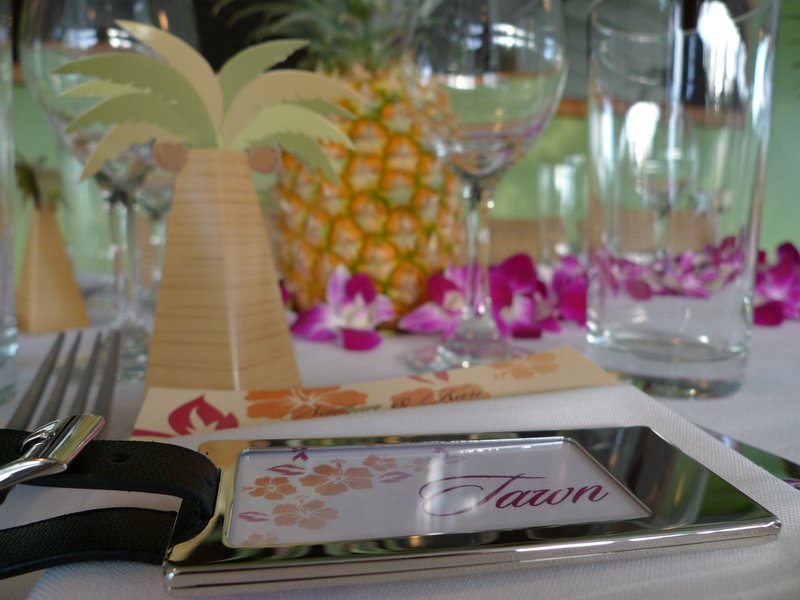 My cousin Alex designed the invitations, menus, and all the other printed materials.  She’s quite a talented designer and you can see more of her work at her website.  Fresh local pineapples made the perfect centerpieces.  The reception was held at the nearby Plantation Gardens Restaurant. 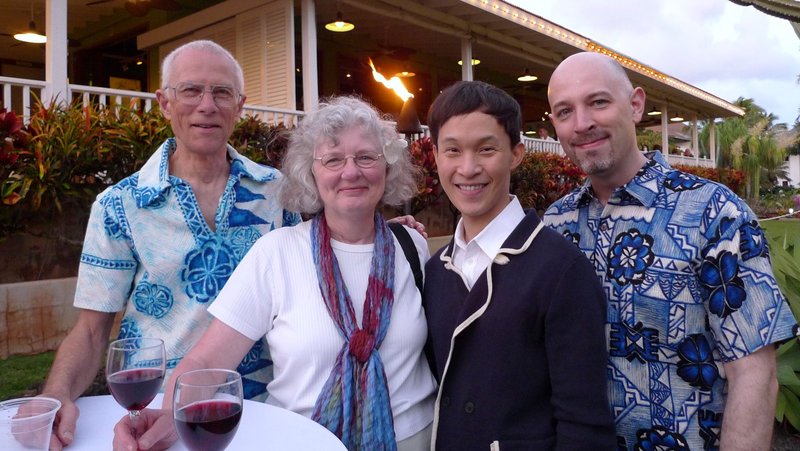 My contingent – father, mother, husband, and me.  That shirt my father is making?  My mother made that in 1980 for a trip to Hawai’i the family took.  In fact, she used matching fabric to make shirts for both my father and me and mumus for her and my sister.  Of the four of us, only my father still fits in his outfit! 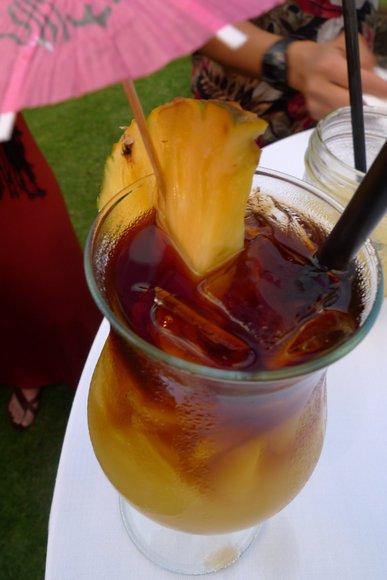 Some concoction my cousin Silvia was drinking. 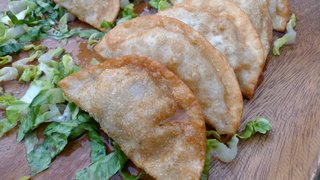 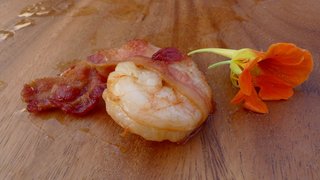 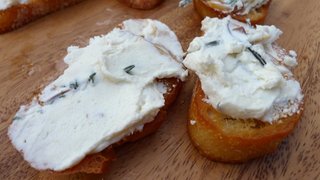 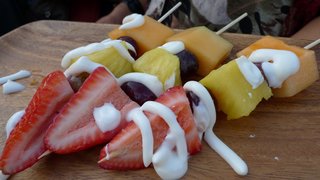 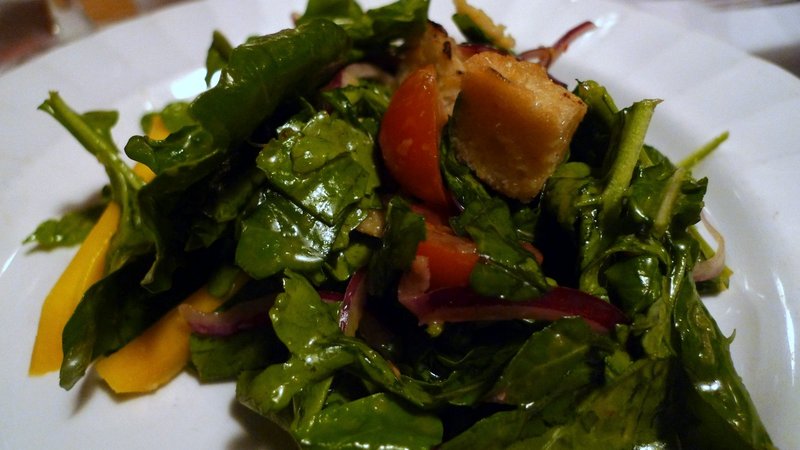 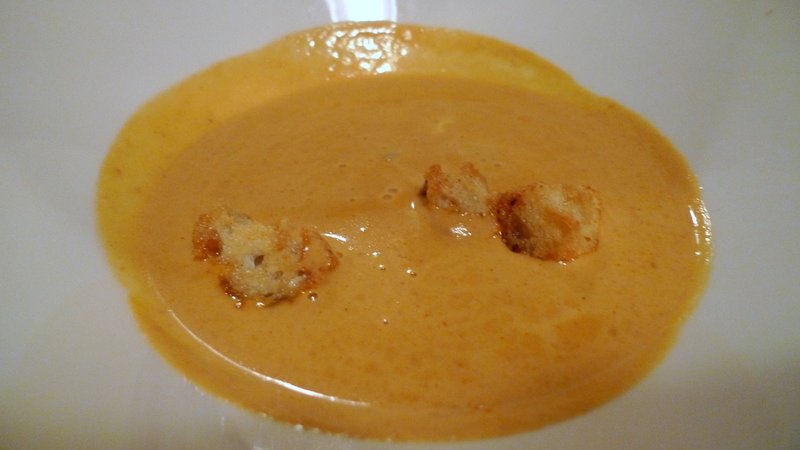 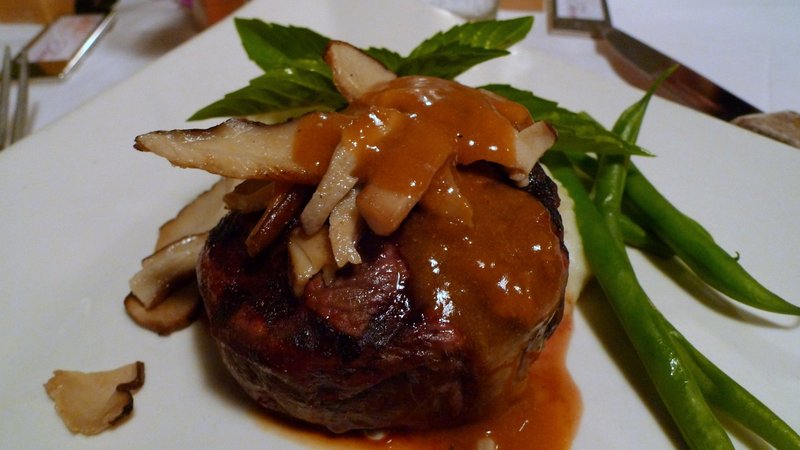 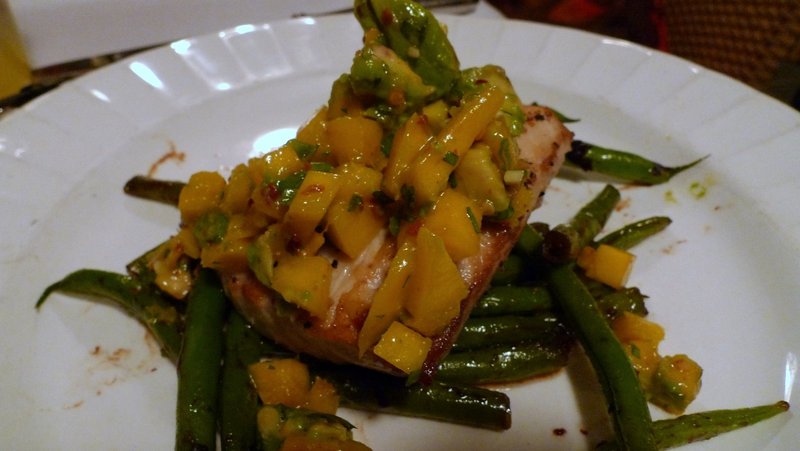 There was also a seafood lau lau – fish, shrimp, scallops, and vegetables steamed in taro and ti leaves.  The picture didn’t turn out, though. When it came to the cutting of the cake, there was such an explosion of flashes that I ended up with several of these “ultra-exposed” shots. 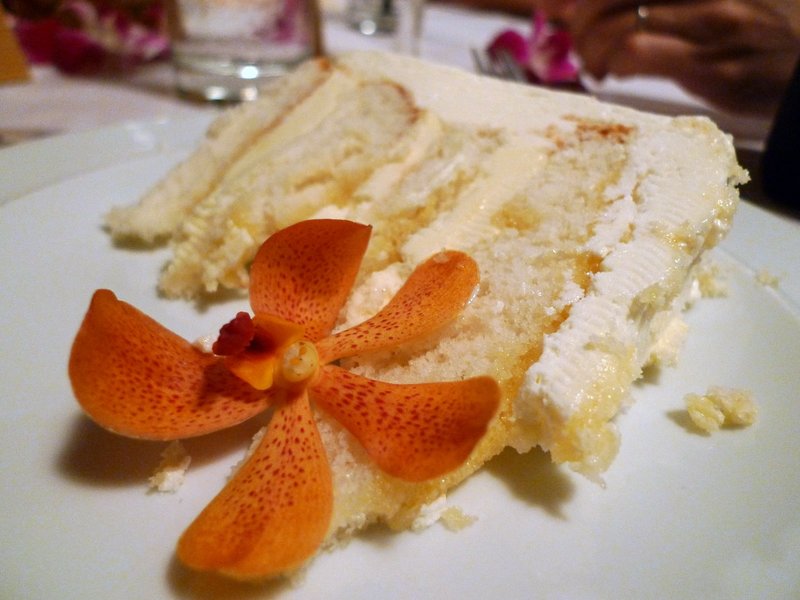 0 thoughts on “The Main Event – Kari and Nathan’s Wedding”