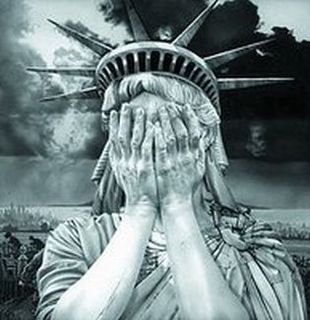 Reflecting on the shooting of Representative Gabrielle Giffords (D-AZ) and eighteen other people on Saturday morning in Tucson, Arizona, an attack that appears to have political motivations, I’m concerned that not only is the political discourse in the United States growing increasingly shrill, but that in the past several years it has also become increasingly violent.

Threats of violence as well as cases of vandalism and assault have become more frequent, especially in the wake of significant legislative battles such as those over health care reform.  Sadly, we can look at some talking heads in the media, commentators whose motivations are rating (and thus, earning) driven more so than purely ideological, as well as politicians who stir the pot (Sarah “lock and load” Palin) to see who fans the flames of political passion.

There is nothing wrong with passion in politics.  It speaks to a robustness in our society.  But that robustness unravels when disagreement can no longer be had with civility.  All of us, regardless of our political stripes and partisan beliefs, need to condemn politically-motivated violence.

To that end, we need to remove the rhetoric of patriotism and Americanism from our vocabulary.  While we may be at odds about the role of our government and the best way to address various problems in society, none of us is more or less patriotic or American than the others.

Addendum January 14: While we don’t know the motivations of Representative Gifford’s shooter, whether they were political or not, I still stand by my statement that we need to condemn politically-motivated violence and bring the level of rhetoric down, especially casting others as unpatriotic.