Oh, I hate to admit this, but I don’t have many food pictures.  I started out with good intentions but as I proceeded through the cooking, stopped taking photos.  And then when the evening of the party came, I was too busy attending to twenty-two guests that I didn’t have time to snap any photos of the food. 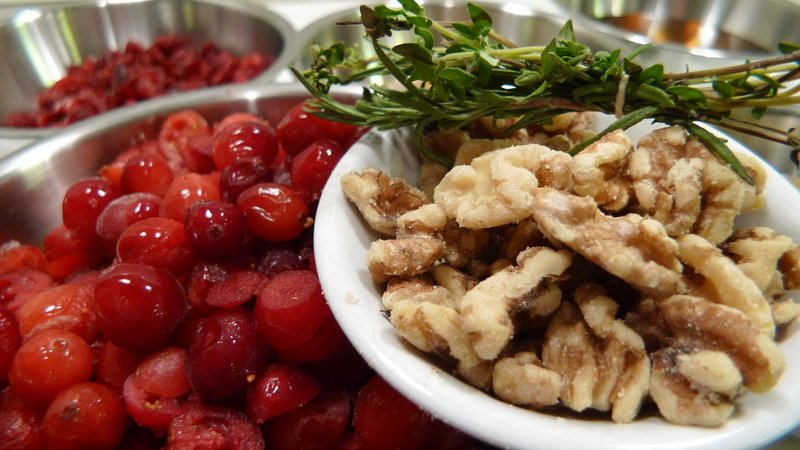 Things started out good, with lovely pictures of ingredients before I started cooking.  But then I got caught up in the process of preparing dishes like this cranberry-walnut relish from the New York Times, and left the camera sitting in its bag. 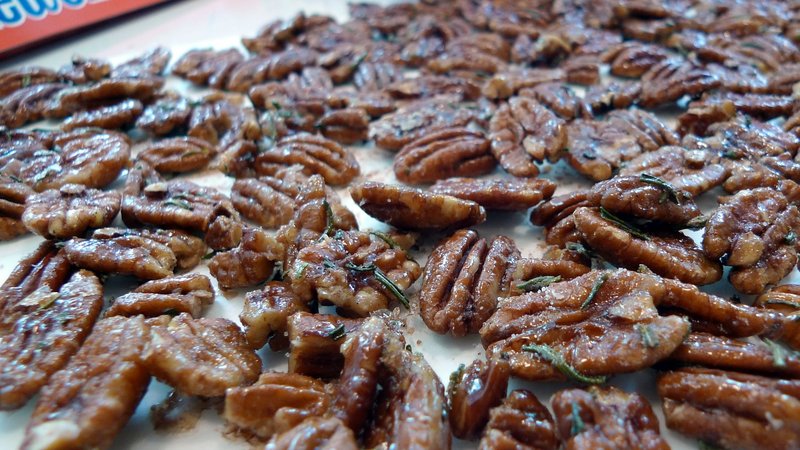 The opposite happened with this maple and rosemary candied pecans.  I got the end result but nothing along the way. 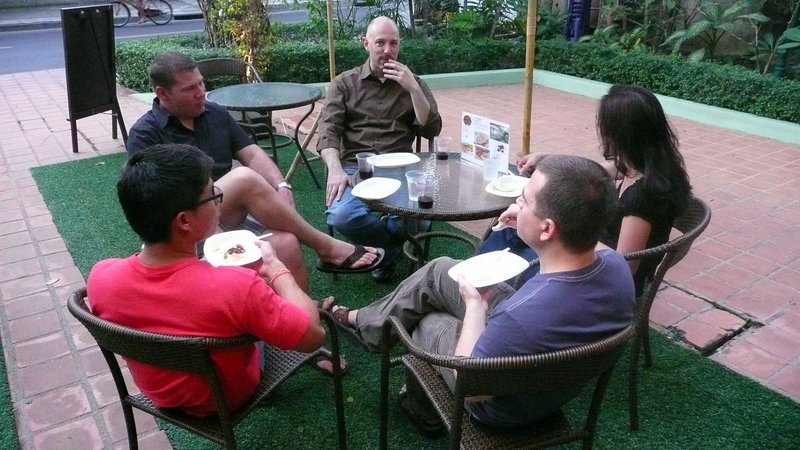 We set up in the cafe downstairs about 4 pm.  The sun was low enough and the breeze was blowing so the outdoor seating was pleasant. 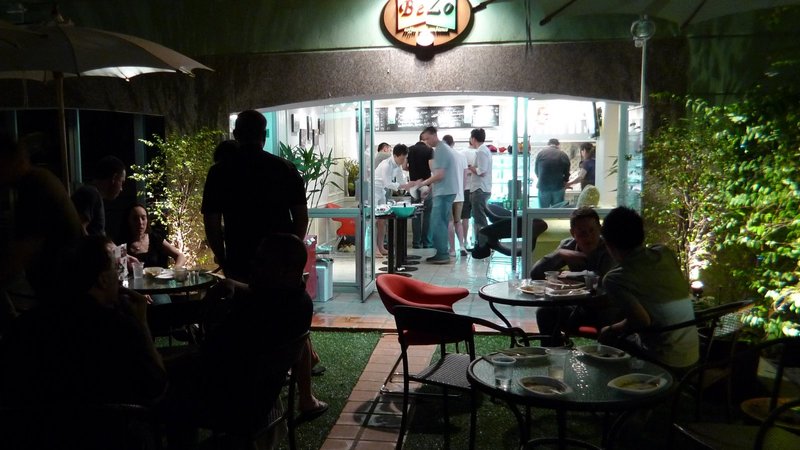 Eventually, the sun set, dinner was served, and we had quite a good sized crowd, enough to fill all the available seats with a few people left standing. 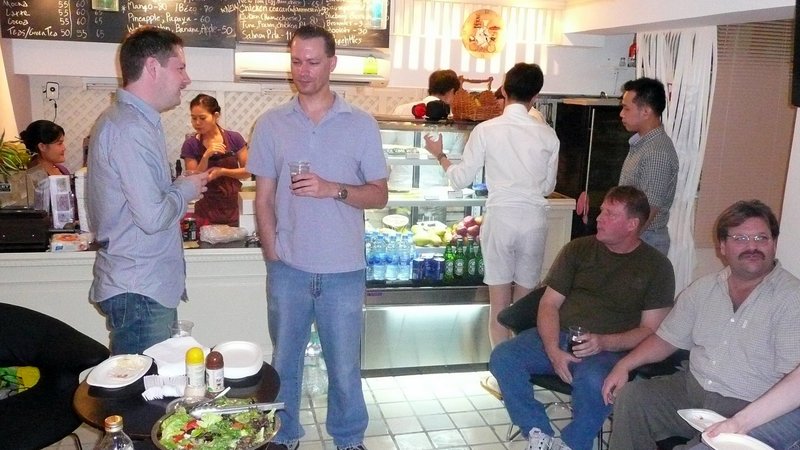 The set-up worked well as they have a small kitchen with an oven and two induction burners in the back, so I was able to keep dishes warm in advance of serving.  The two staff members were helpful but took little initiative.  If you wanted something done, you really had to explain step by step what you wanted them to do.  I asked them to slice some bread and so they sliced it and put it on a plate, but never brought it out.  I hadn’t said, “slice, put it on a plate, and set it out with the other food” you see. 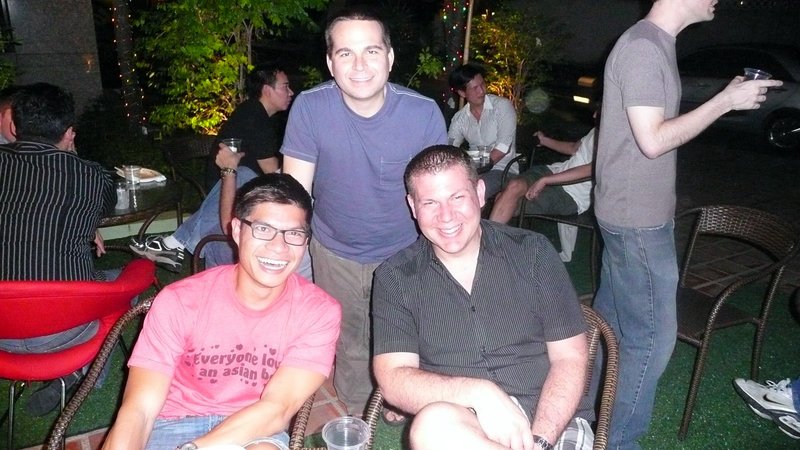 Our Kansas City visitors, Jack, Craig, and Matt.  They head off to Chiang Mai on Sunday and we’ll meet up with them in Phuket later in the week. 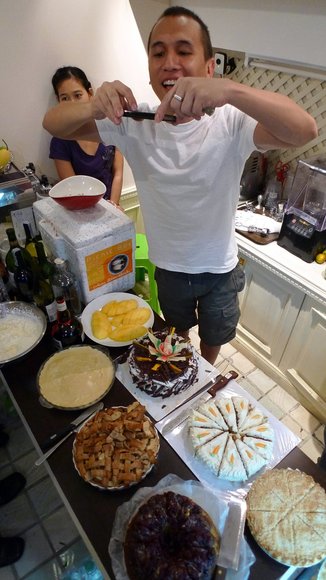 The only food shot I have at the party – Tod snaps a photo of the desserts.