After the Korean lunch, I took the MTR over to IFC.  IFC is the International Finance Centre, a large multi-use complex built atop the Hong Kong Airport Express station.  There are two office towers, a hotel, and a nice mall in the complex and it could be a model for the development that might happen around Bangkok’s Airport Express terminal at Makkasan station in the future.  While at IFC, I dined at Isola Bar and Grill.

Isola Bar and Grill is a two-story restaurant adjacent to the Lane Crawford department store.  It has a fantastic outdoor dining deck offering sweeping views of the harbour and West Kowloon waterfront and Thursday was a perfect day for sitting out there.  The restaurant was suggested by Angel, a Xangan from Vancouver who comes to Hong Kong frequently on work. 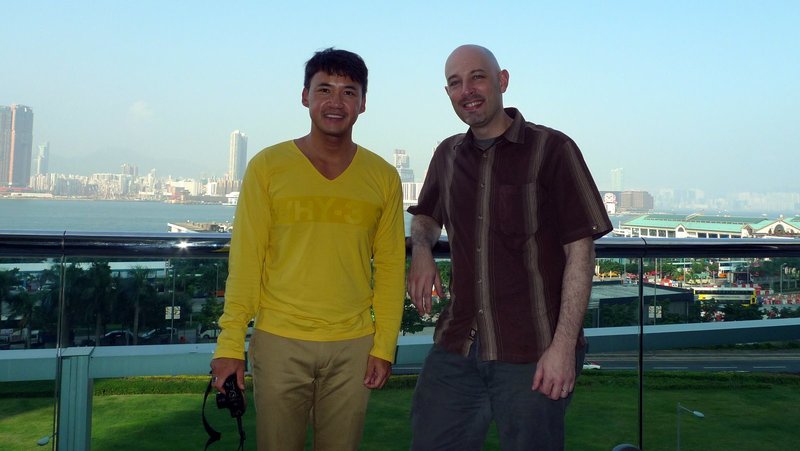 Since I had just had lunch and he was flying out in a few hours back to Vancouver, neither Angel nor I was in the mood for a full meal so we settled instead for dessert.  Thus, this entry isn’t a fair review of Isola. 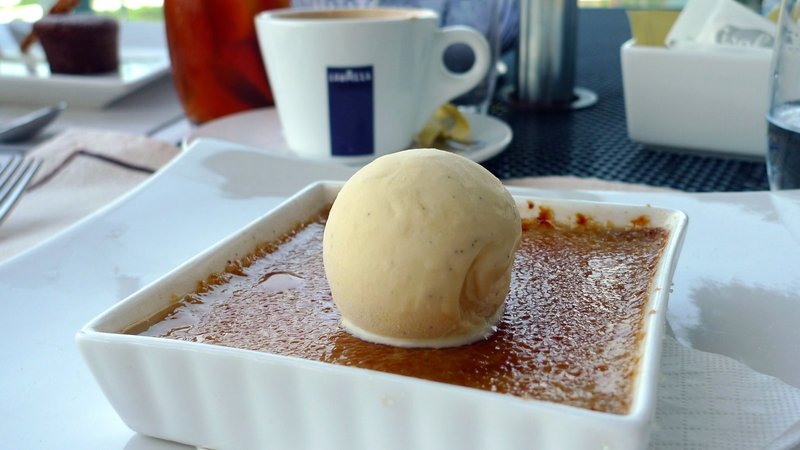 My hazelnut creme brulee with a scoop of vanilla ice cream.  It was okay but I found the hazelnut flavor to be kind of muddy. 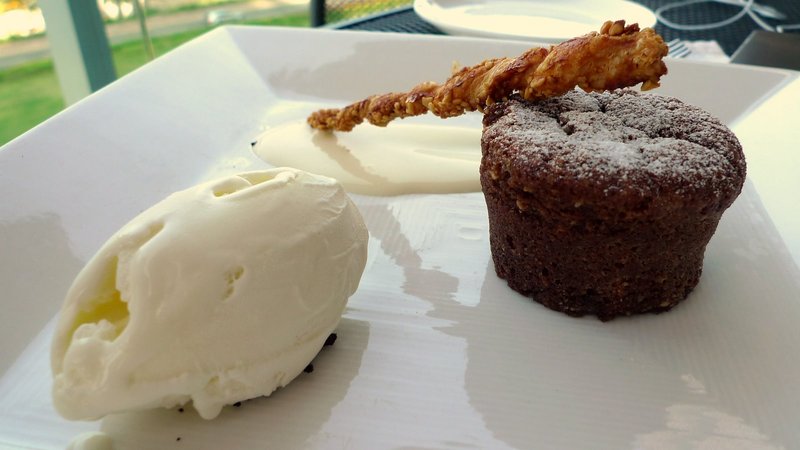 Angel had a chocolate cake that, if I’m not mistaken, had ground nuts in it.  It was the tastier of the two desserts.

The service was passable, the dessert was passable, so not much to say there.  The view was sweeping, though, and the company pleasant, so that made the appointment well worthwhile.

0 thoughts on “Food in Hong Kong: Isola Bar and Grill”