Please feel some sympathy for my tough plight.  My attempts to find the macadamia nut cream pie of my childhood is forcing me to bake and eat pie after pie after pie.  Oh, the horror!  Yes, the quest continues and this past weekend I made another MNCP (let’s abbreviate, shall we?) using a recipe that Aaron graciously sought out from his sister.

Just looking at the recipe, it struck me as being pretty close to what I had in mind.  The custard filling has cornstarch to thicken it and the ground nuts are added at the end of the process, so they aren’t cooked too much.  Macadamia nuts seem to lose their flavor when cooked.  The one thing I wanted to change was the shape.  Her recipe is made with a shortbread crust in a 9-inch square baking dish but I wanted to use a traditional pastry crust in a pie plate.  Other than that, though, I followed the recipe religiously. 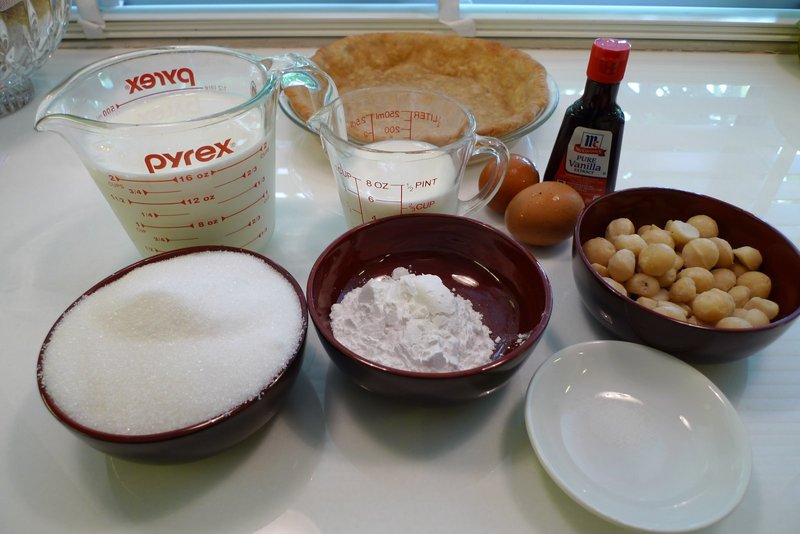 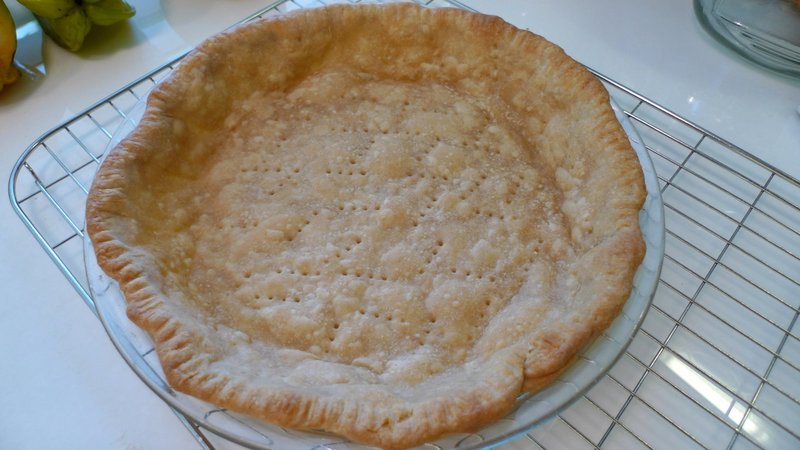 I have a lot of trouble with pie crusts and need to practice more.  This one shrunk on me something fierce.  Too much water, I think.  Maybe time for a food processor.  (Wishful thinking with my lack of counter space.) 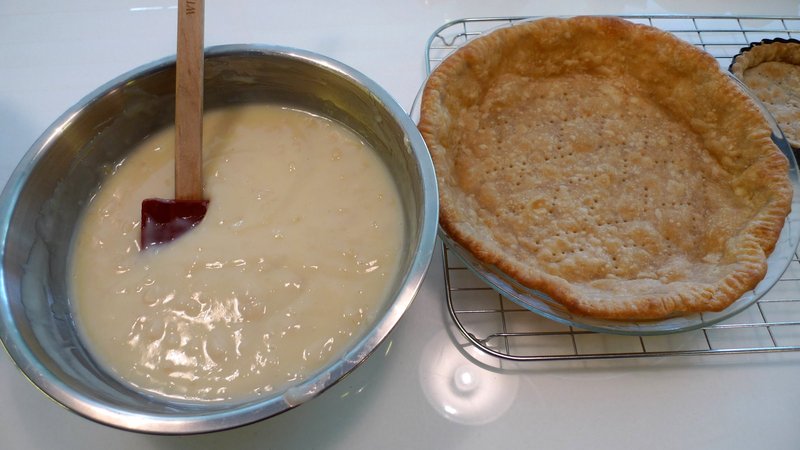 The larger portion of the milk and sugar are heated until near-boiling.  The smaller portion of milk along with the eggs and corn starch are mixed together.  Then you add a bit of the hot milk-sugar mixture into the milk-egg mixture to warm it up.  This is called tempering.  Then you pour the milk-egg mixture into the milk-sugar mixture, cooking for another five minutes or so until it thickens.  Add the vanilla (there was too much at two teaspoons – tasted too vanilla-y) and the chopped nuts.  It is then added to the pie crust and allowed to set in the fridge for at least six hours. 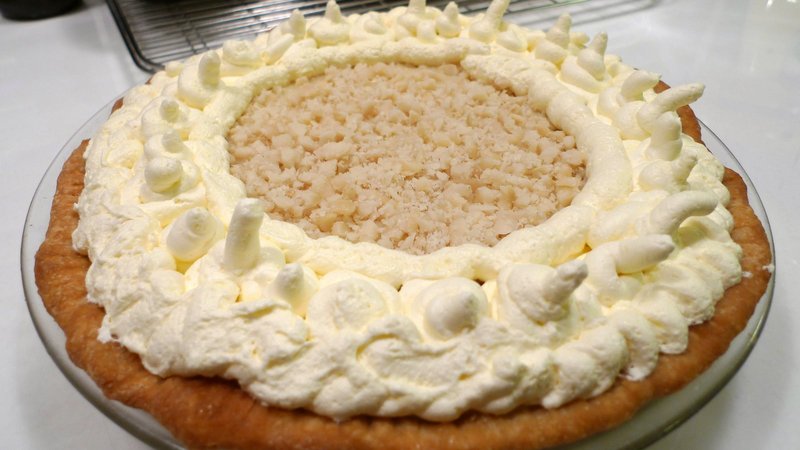 Looks pretty, despite my lame decoration with whipped cream.  Maybe I should buy a more decorative tip for my pastry bag?  But the real question is, how did it turn out?  A short video answers that question: 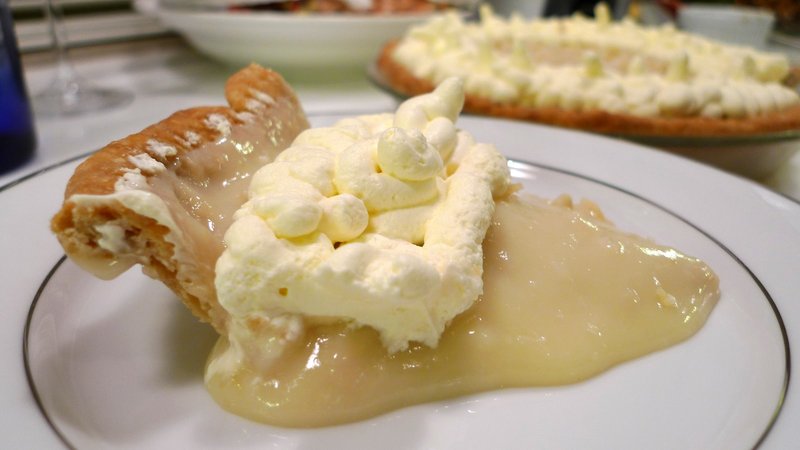 In short, good taste but still not set.  Thinking this through, I have a theory about the problem.  I think it is the eggs.  The eggs here look smaller than the ones in the US.  It that is the case, then the recipe doesn’t have enough of the protein from the eggs to help give it structure.  The two egg recipe probably could use a third egg.  Anyone want to validate that theory or am I going to have to cook  yet another pie and suffer through the experience of eating it, just to test the theory?