The big event during the weekend family reunion was the Saturday evening reception.  This was for family only and we had about fifty people gathered in the church’s fellowship hall to celebrate my grandparents’ 90th birthdays and 67th wedding anniversary. 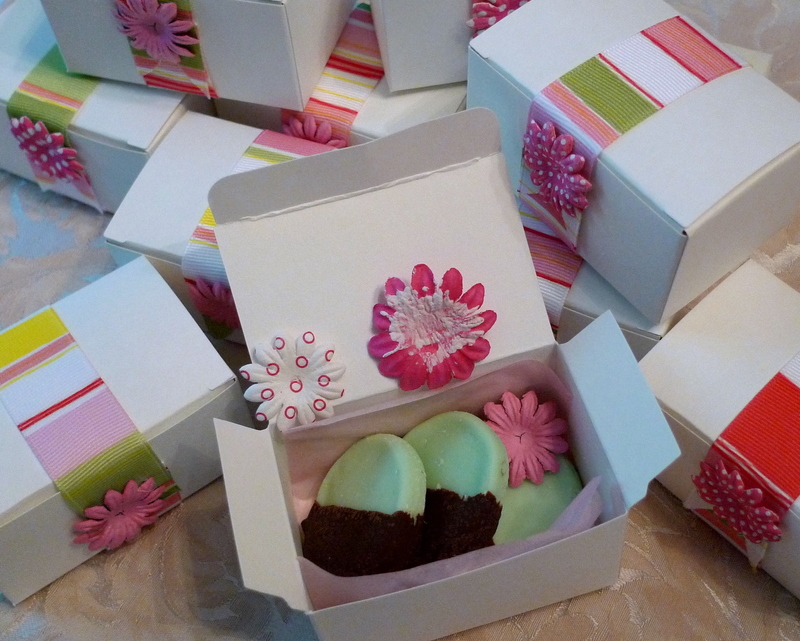 Jennifer and the girls made these mints as party favors and packaged them with cute little ribbons and paper flowers. 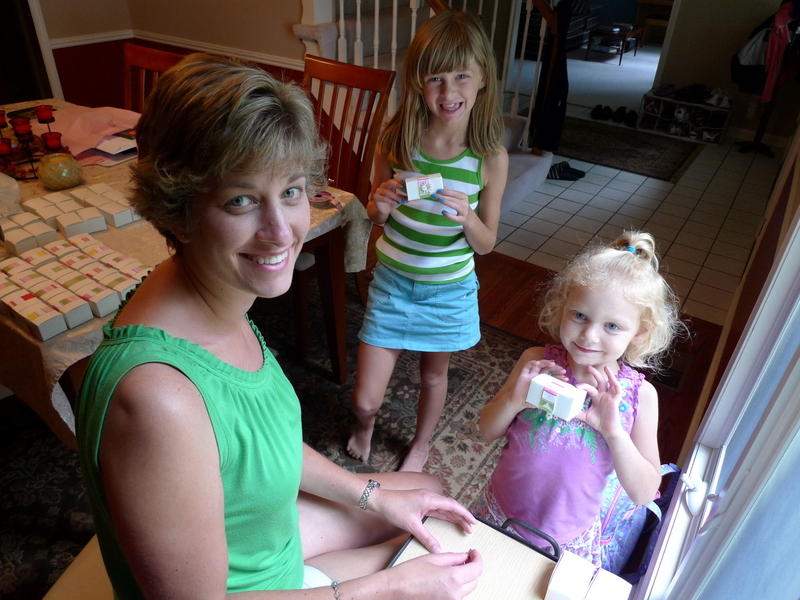 Helping hands on the assembly process.  There was a lot of bickering about who was getting to help out more, since it was essentially a one-person job. 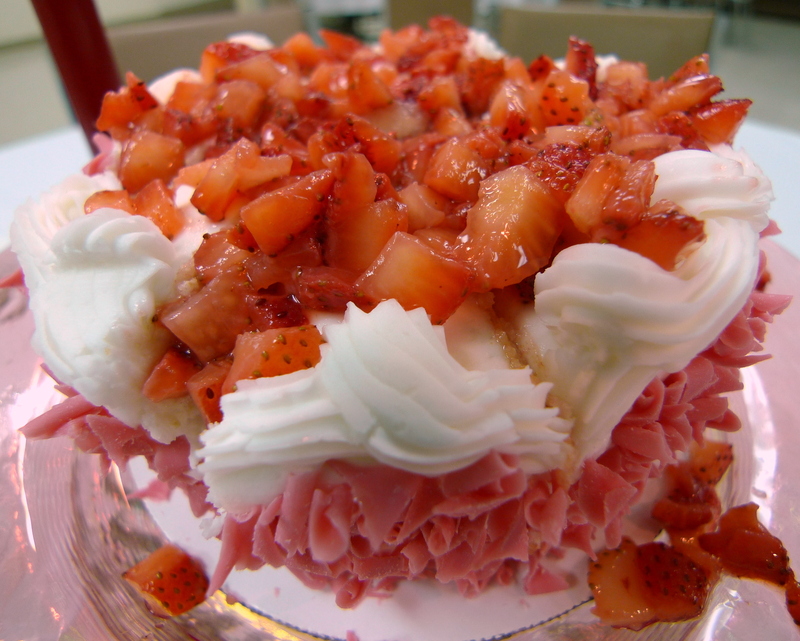 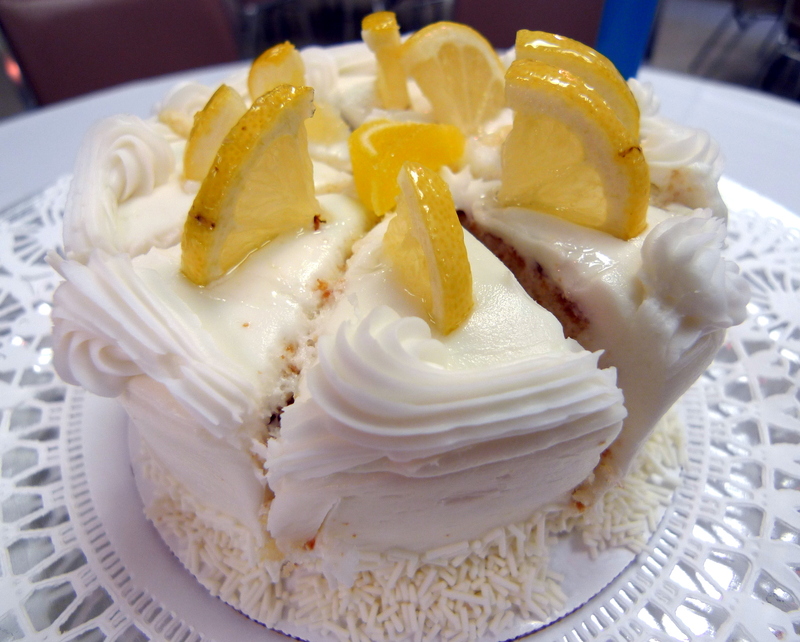 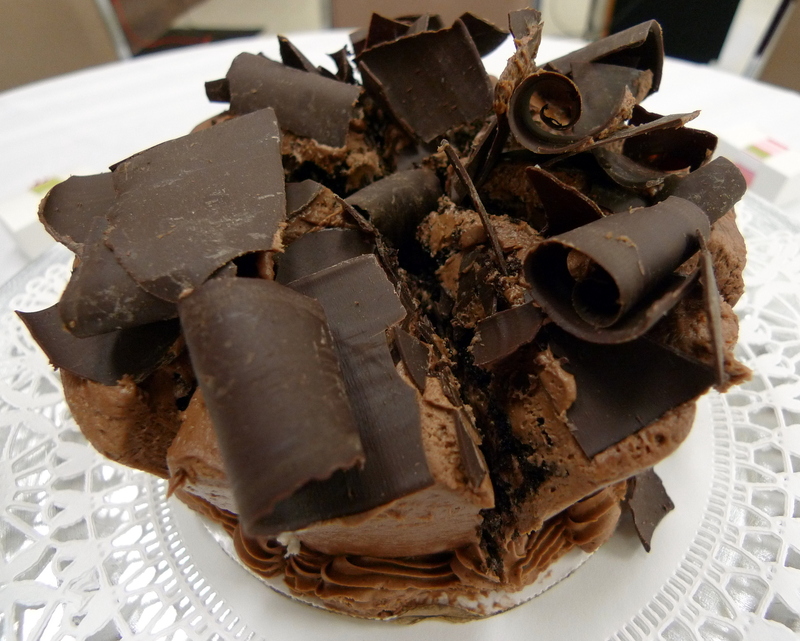 The highlight of the evening was a 20-minute video I had created in collaboration with my mother, sister, and cousin Alex.  Over the past three years I’ve been scanning old photos from my grandmother’s well-organized albums.  I’ve also been conducting audio interviews with them and also my mother, trying to capture stories, memories, and anecdotes to craft into a family history.

The 20-minute video was just the first stage of a larger project, but I have to say I’m pretty pleased with how it came out.  Since 20 minutes is too much to upload and you probably don’t want to see lots of pictures of four children, ten grandchildren, and three great-grandchildren you don’t know, I’ve created an edited version of the video, just 9 minutes long, which focuses on how my grandparents met and were married.  It is quite an interesting story, and I hope you enjoy it!

When Tawn watched it before I left for the US, he had tears in his eyes because he wanted to be there to see their reaction.  As expected, my grandparents and all the relatives were very pleased with it.  So much so, in fact, that Sunday morning cousin Bill and I were burning copies for everyone to take home with them! 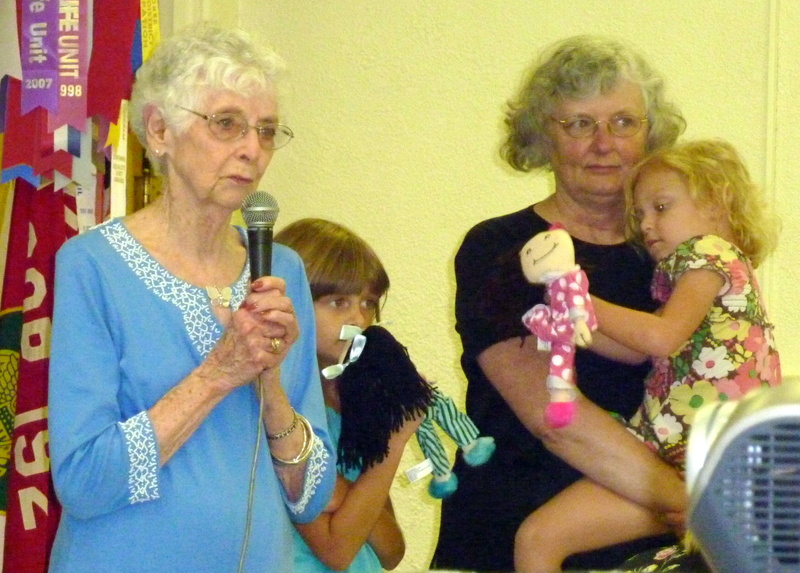 My grandmother had some words to say afterwards, thanking everyone for being there and for being a part of their lives.  How wonderful is it to be able to live to such a ripe old age and to still have your faculties about you?  We should all be so fortunate. 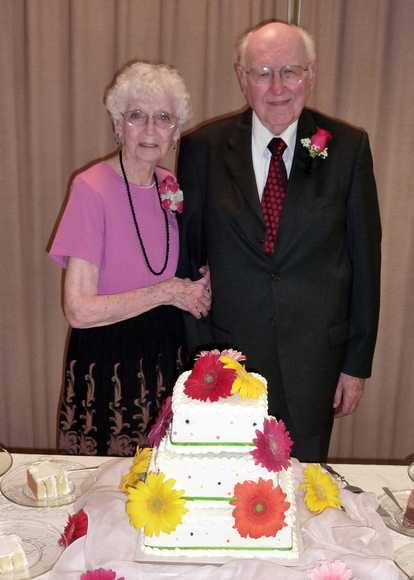 I think I’ve written enough about the anniversary and birthday celebration over the last week, so I’ll let this be the final entry on the subject.  Let me just conclude by wishing my grandparents many more years of good health and great happiness together.