Greetings from EVA Airways’ lounge in Taipei’s Taoyuan International Airport, where I am enjoying a three-hour layover on my way from Los Angeles to Bangkok.  The outbound flight was kind of a challenge.  First, it departed at 1:50 am, which is just a really late departure time, all the more so when considering that I am operating on Central Daylight Time, making it feel like a 3:50 am departure.

To top it off, as much as I like EVA I think that their economy class seat cushions are uncomfortable to sit on for long periods of time.  After a few hours, my butt bones hurt.  The person sitting next to me made the same observation, so I’m not alone.  The final thing that made the flight kind of tough was a combination of sleeplessness – I only dozed for a short while before I would wake and shift myself into a new position – and an inaccurate air map.  For some reason the data on the map froze just before the halfway point of the flight.  So each time I would wake up and try to determine how much longer we had left in the flight, it seemed that we had not made any progress.  In my dazed state, this was very… disorienting.

All in all, though, it was a fine flight.  Leg room is good, the food is decent, and service was friendly and attentive.  For the price, it is still a good value.

I’m skipping an entry on the main reunion event, as there is some video material I want to post.  In the meantime, I’ll share with you the unofficial post-reunion after-party, which we held Sunday evening after the public reception at the church.  Most of the more immediate part of my family (my mother’s siblings and their children and grandchildren) made it over to Jennifer and Kevin’s house.  We stopped at the market to pick up some meat and salad makings and just had a casual meal. 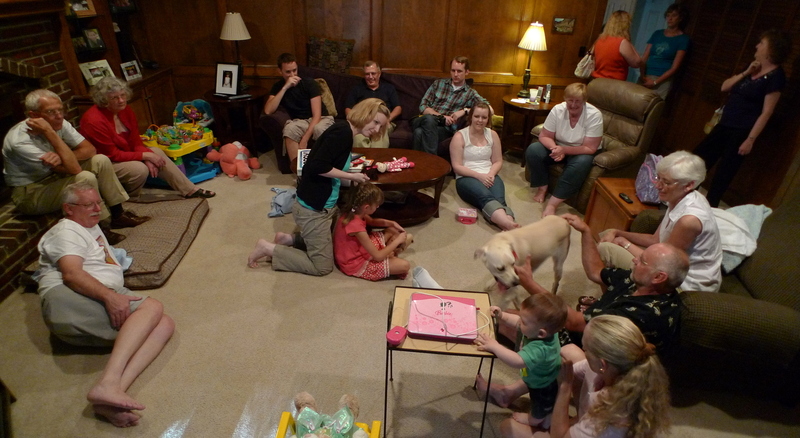 Still quite a few people hanging out in the living room of my sister’s house. 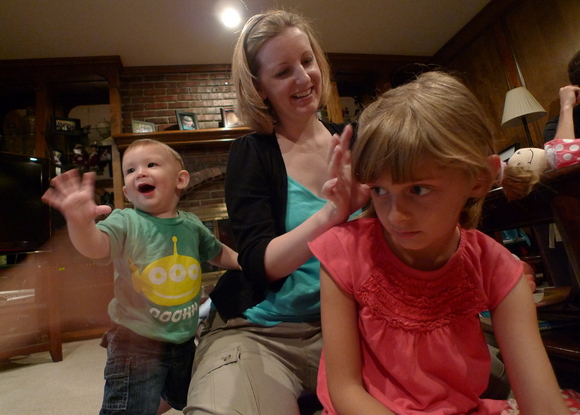 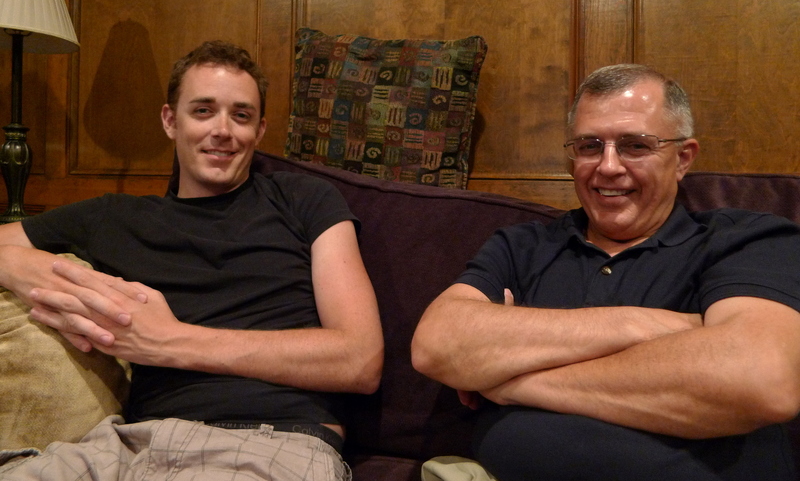 Cousin Brad from New York and his father Carl. 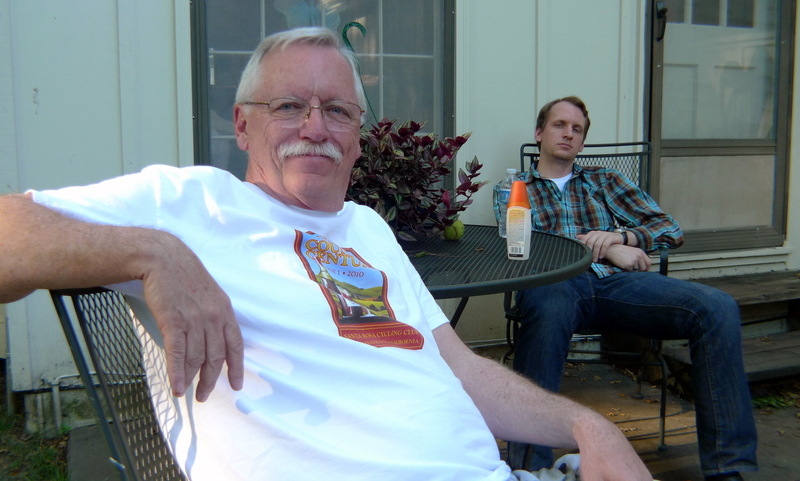 Uncle Dick and his son Michael enjoyed the warm summer evening as my cousin Bill (Alex’s husband) manned the grill. 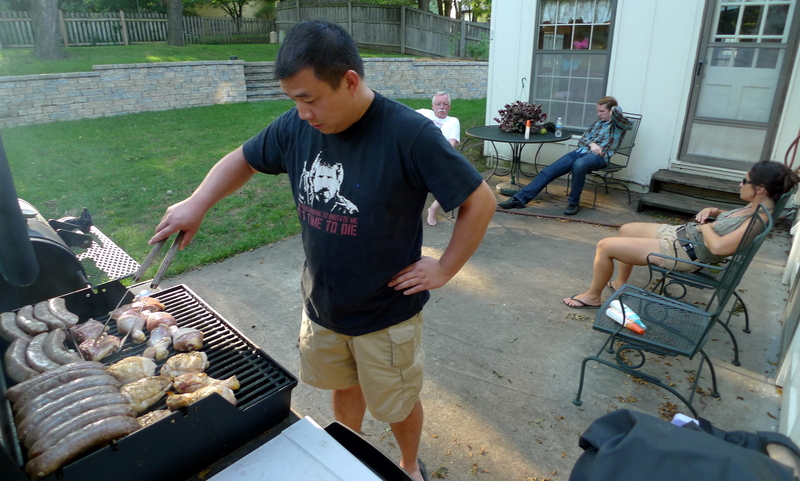 Cousin Silvia (Brad’s wife) took care of the grilling, which went fine until… 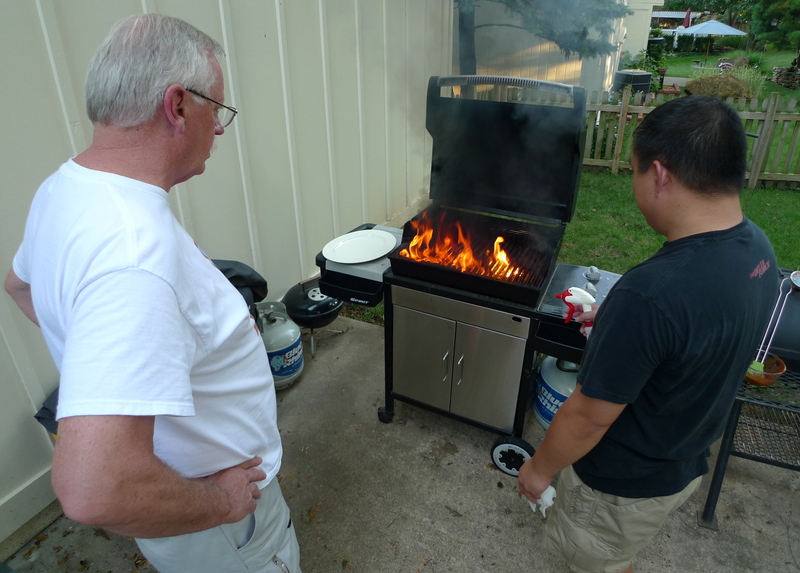 We started getting some flare-ups after the chicken was finished.  I was worried that Kevin’s grill might spontaneously combust.  Thankfully, grillmaster Bill was able to get the flames under control. 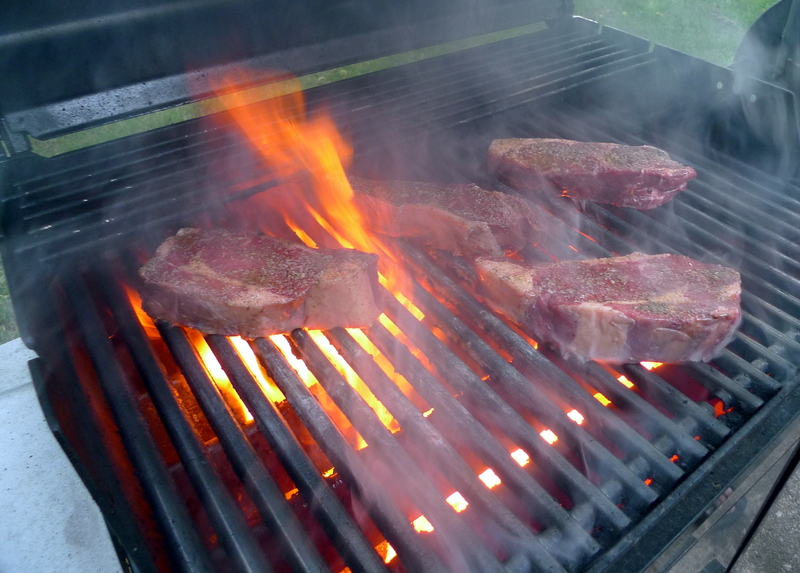 Two KC Strips and two Rib Eye steaks on the very hot grill.  I was looking for some grass-fed beef at the local store but couldn’t find any.  These seemed to be the best alternative, “vegetarian” fed (isn’t grain vegetarian?) with no “sub-therapeutic antibiotics” (what?) and no growth hormones.  That all struck me as kind of meaningless phrases along the lines of “all natural”.  But the beef did taste good. 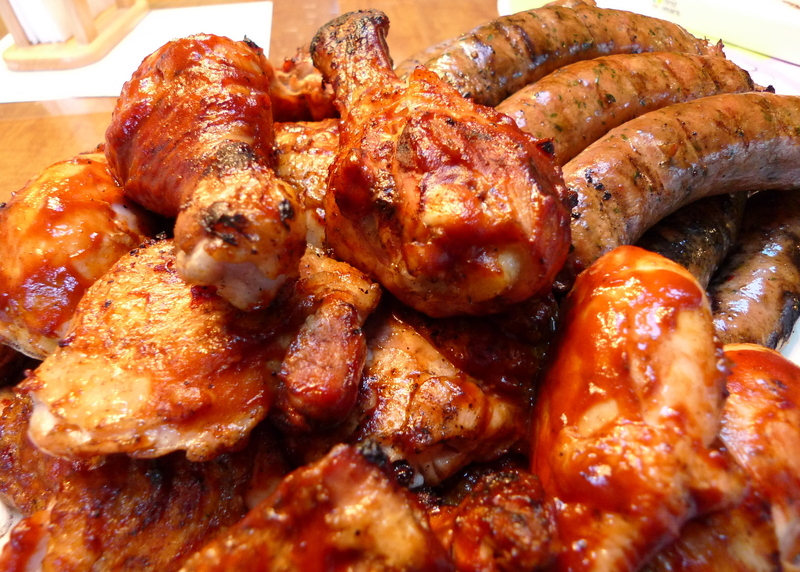 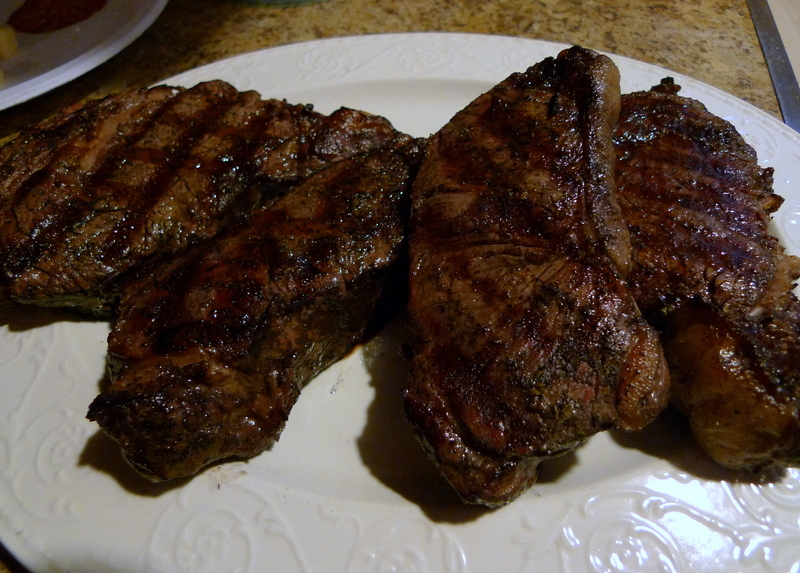 Charred steaks.  Ostensibly, two were done rare and the other two were supposed to be medium rare.  Despite five extra minutes of cooking, the second two still looked rare when cut into.  Thankfully, I like them that way. 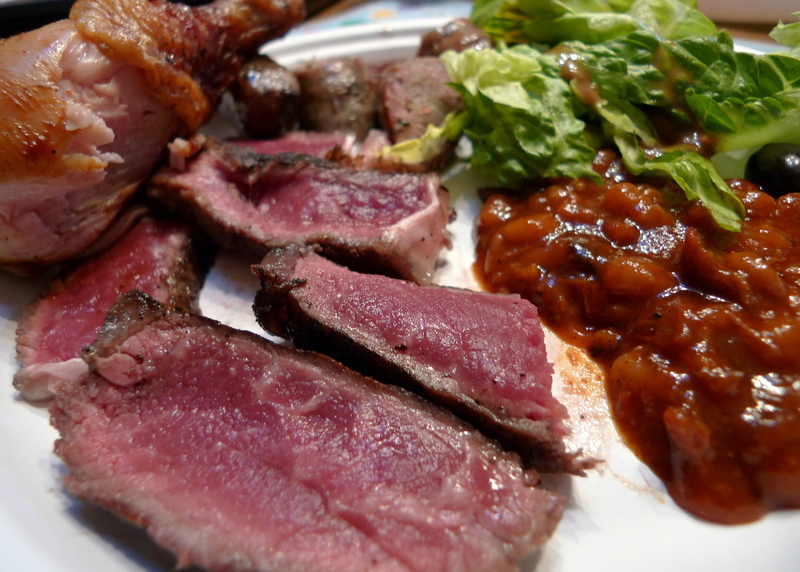 Dinner – chicken, sausages, and steak (did I mention it was rare?), with beans and salad.  Yummy.

0 thoughts on “The Unofficial Post-Reunion After-Party”