After four days up in Chiang Mai and having sent our houseguest Stephanie on her way back to Melbourne, let me return to New Year’s Eve and catch you up on events.

New Year’s Eve is a big event here in Thailand.  In fact, unlike for many companies in the United States, New Year’s Eve is a statutory holiday here, as is New Year’s Day.  Tawn’s extended family, much of which lives in properties adjacent to his parents’, hold a big annual party to ring in the new year.  Tawn was there for most of the afternoon, returning home about 11 pm to celebrate the stroke of midnight with Stephanie and me.

This left Stephanie and me to our own devices for most of the evening.  Instead of venturing out – crowds and the threat of bombs! – we stayed at home and had a low-key dinner of homemade pizza, salad and chocolate souffles. 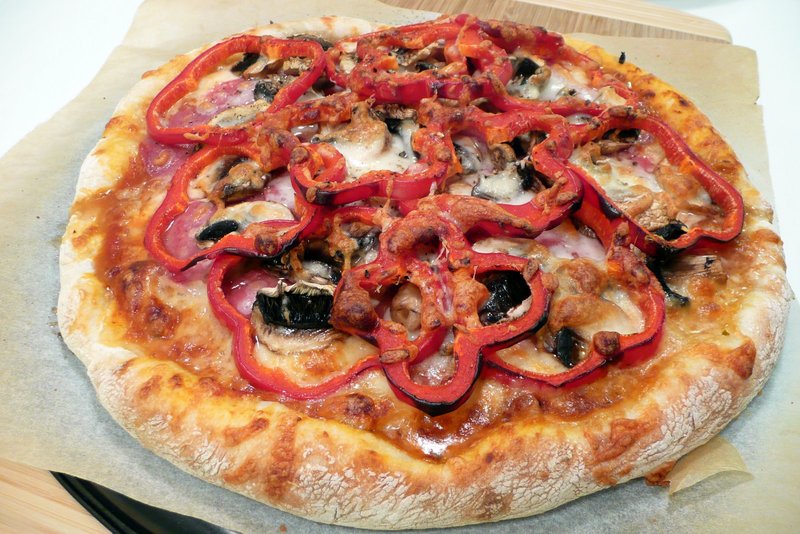 The pizza was pepperoni, mushrooms and red peppers, something simple and satisfying to munch on. 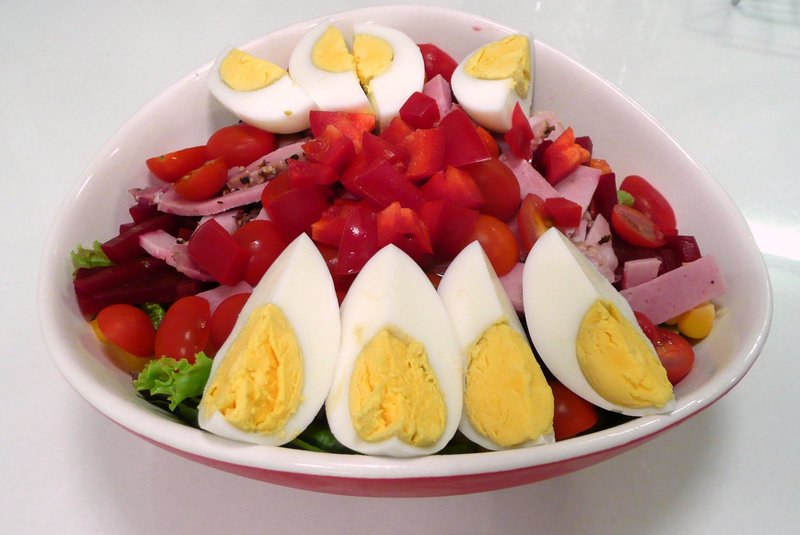 A mixed greens salad with plenty of toppings increased the healthfulness of the meal.  Then we took a turn for the cardiac unit (no, wait – chocolate has antioxidants, right?) with the souffles.

This was not my first time using this recipe from Cook’s Illustrated Best Make-Ahead Recipes.  The secret is that you can make souffles in advance, wrap them well (uncooked) then freeze them.  Then, when you want a hot souffle all you have to do is take it out of the freezer and slip it into a hot oven.  Twenty five minutes later you’ll have dessert on the table. 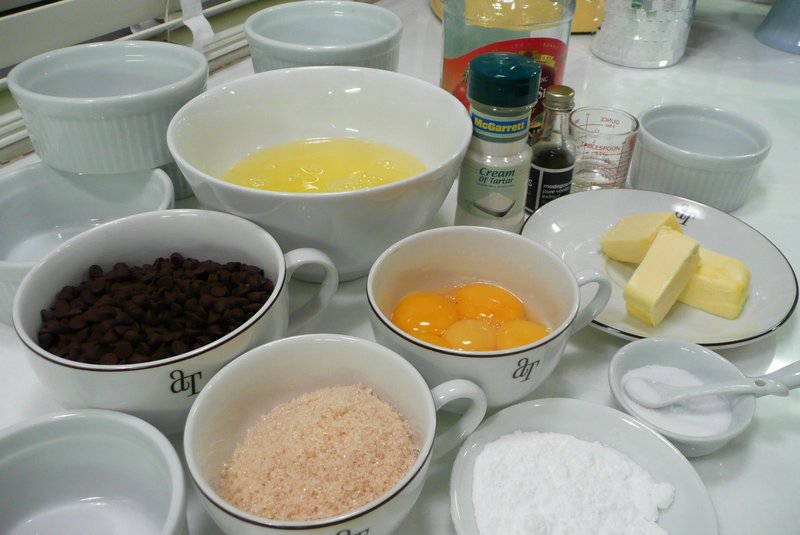 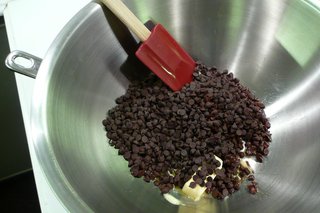 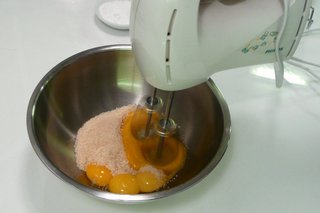 Melt the chocolate and butter in a bowl set over simmering water.  Beat the egg yolks into the granulated sugar. 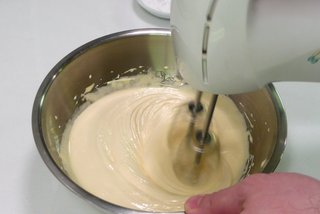 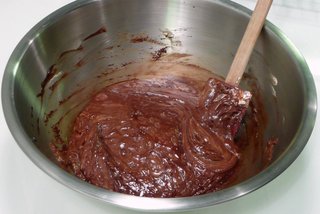 Continue whipping the yolks and sugar until the mixture triples in volume.  Gentle fold the chocolate and egg mixture together until just incorporated. 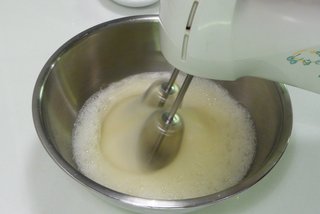 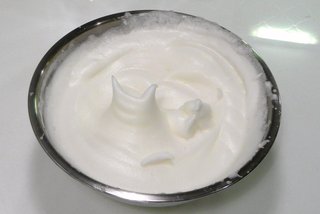 Whip the egg whites, adding a bit of cream of tartar and then a bit of confectioner’s sugar, until they form stiff peaks. 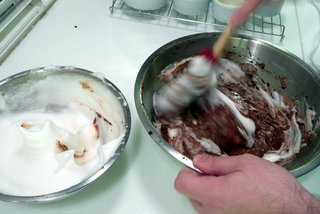 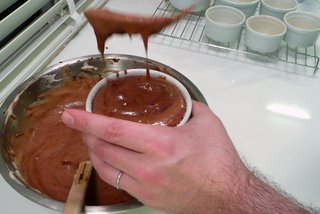 Gently fold the egg whites into the chocolate mixture until mixed, being careful not to deflate.  Spoon into ramekins that have been buttered and sprinkled with granulated sugar.  Fill to the top and then cover with plastic wrap and then foil.  Refrigerate for up to three hours or freeze.  When ready, remove the wrappings and bake on a tray in the oven for about 25 minutes or until the interior is still slightly soft. 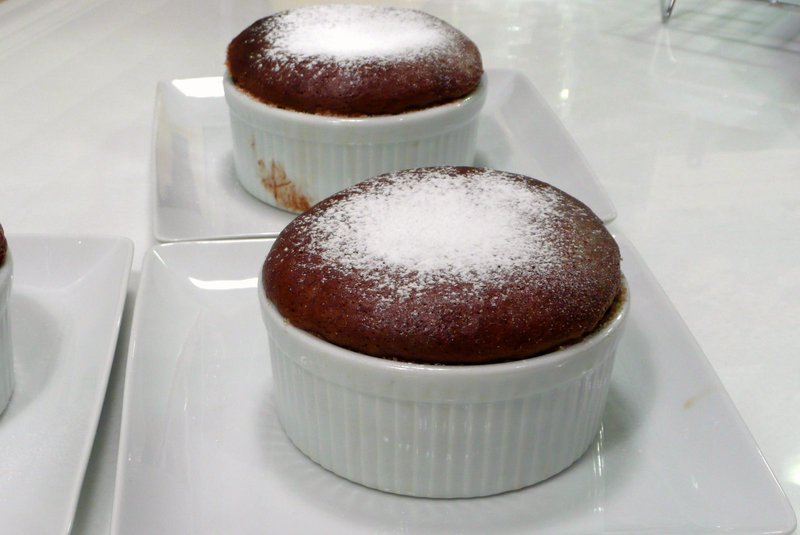 Remove and dust with confectioner’s sugar.  Some berries or a berry sauce are nice, too! 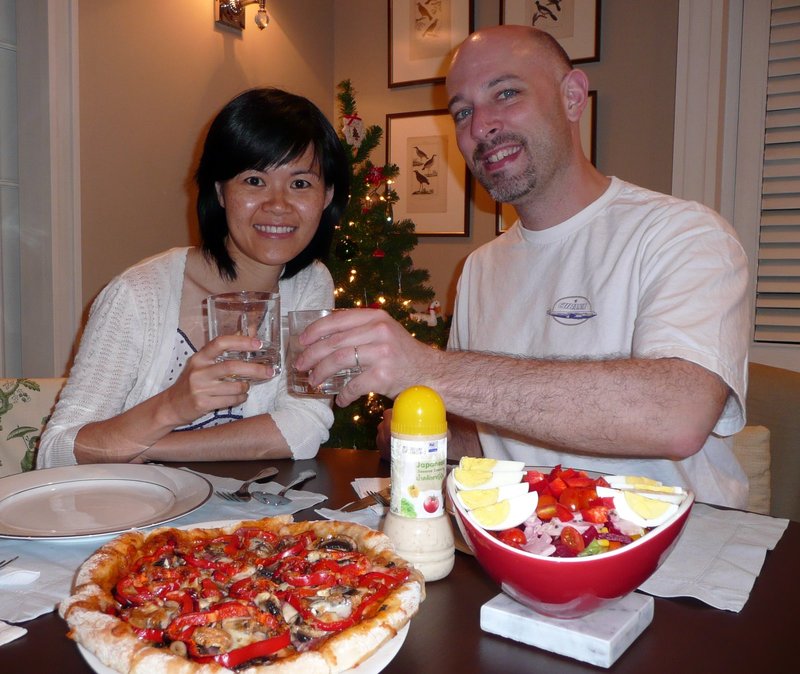 Above, Stephanie and I toast our New Year’s Eve dinner.  Would have been nice to have Tawn home with us, but he was back in time for the fireworks.

While it is a bit more than a week late, let me wish you all the very best for 2010.  May each of you enjoy good health, great happiness and boundless peace.