The big plans for Christmas this year were a long weekend in Hong Kong, since Christmas falls on a Friday and Gary, W and Eric were going to be there from LA.  To top it off, Aaron was going to be there, too, and Angel as well.  What a perfect time to meet up with everyone.  Sadly, it won’t be happening.

Tawn’s managing director decided that no more unpaid leave would be approved for the rest of the year.  It seems that twelve paid vacation days a year aren’t enough for Tawn, considering that we burned through those in the first six months of the calendar.  So we had to squash plans for our Hong Kong trip, postponing it until April.

The upside is that our friend and former roommate Stephanie is in town from Melbourne and had we gone to Hong Kong, we would have had to leave her to her own devices for a long weekend.  Now we’ll be able to enjoy spending time with her through her entire holiday here in the Land of Smiles. 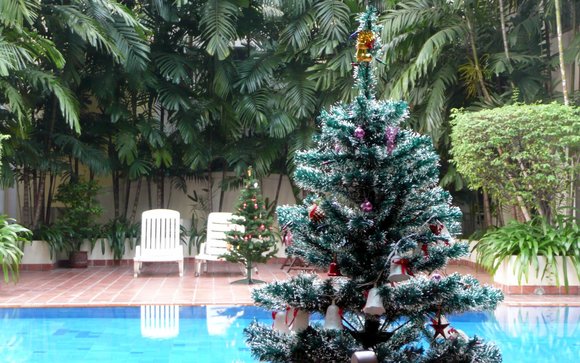 Rather oddly, the maintenance people here at the condo erected two Christmas trees on either side of the swimming pool, extension cords for the lights taped down along the terra cotta tiles.  It is very pretty just after sunset when the lights are on. 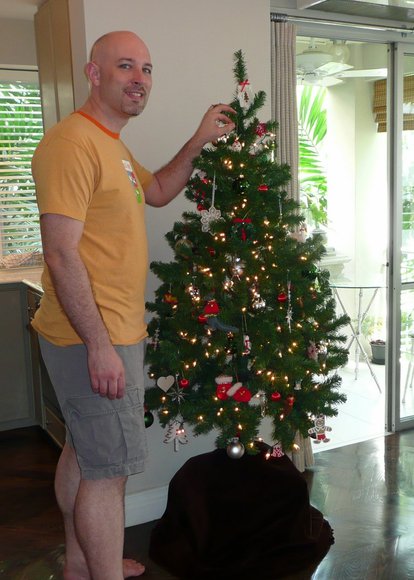 We’ve set up our own Christmas tree, too, something we do some years and not others.  It is an artificial tree, of course, and one that I think looks particularly artificial.  In fact, there is a point where the whole thing becomes a bit of a caricature of the holiday tradition since neither Tawn nor I really celebrate Christmas.  I think we put the tree up some years more as a decorative item than anything else.

The plan is to call the nieces on Christmas Eve their time and report that, since Thailand is some 13 hours ahead of Kansas City, Santa has already arrived here and has said that he is heading their way.  Let’s keep that childhood innocence alive as long as possible.

0 thoughts on “No Hong Kong for Christmas”