As the month nears its end, I feel like there are a lot of things to catch up on.  All these little bloggable odds and ends that, thanks to a busy schedule and pneumonia, I fell behind on sharing with you. 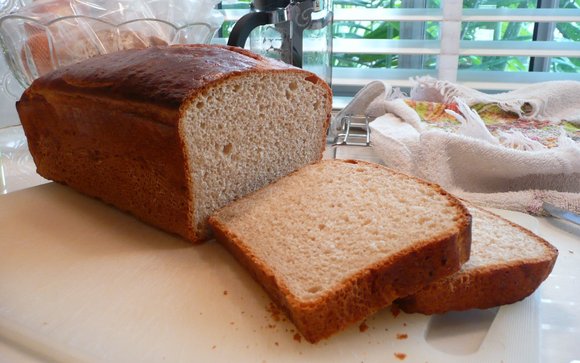 First off, I baked a really nice loaf of sandwich bread.  This one was made with some dried milk, an ingredient I was surprised to find in my local market.  It makes a really nice texture for sandwiches, even though I usually prefer a more rustic loaf.

A few months ago, in an attempt to make the Annex more comfortable as a living space, we purchased a TV and then a DVD player.  Since our DVD collection spans the globe, we needed a DVD player that can play discs from all regional zones.  The initial one we purchased, despite the salesman’s promises, couldn’t.  When we brought it back to the store for him to unlock it, we discovered that something else was wrong and it wasn’t playing any discs at all! 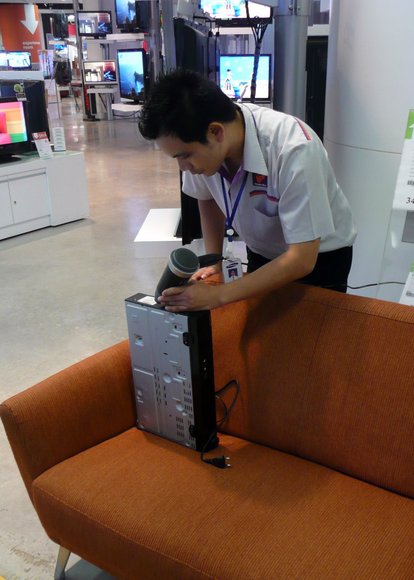 You following this?  Kind of crazy, huh?  I least I now have a DVD player that works and can play discs from all regional zones.

It’s time for another edition of “Overloaded Vehicles of Thailand.” 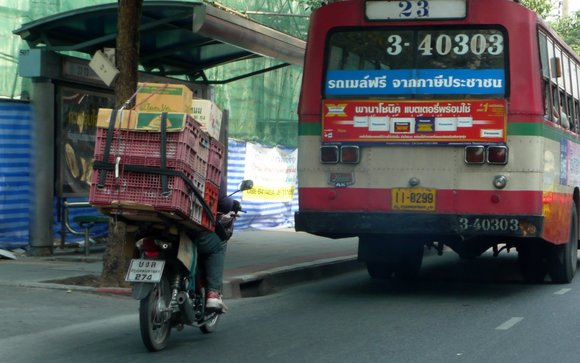 This week’s entry in the motorbike category is shown above, with no less than six milk crates and two additional boxes strapped onto the back of his bike.  I can only imagine how poorly this bike handles with such a high center of gravity. 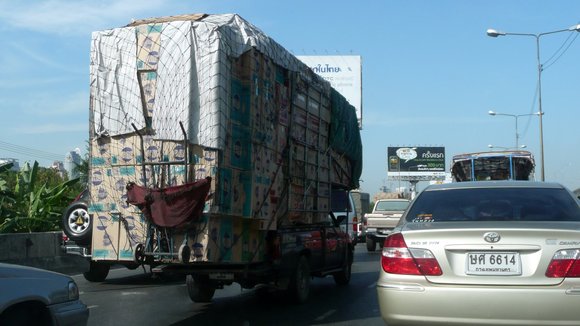 In the truck category we have this pickup truck which is overloaded in such a silly manner, it ceases to be funny.  What is in the boxes?  Lay’s potato chips.  So the truck isn’t overloaded by weight, necessarily, just size.

December 5th was His Majesty the King’s 82nd birthday.  Yellow is the color normally associated with His Majesty, as he was born on a Monday, the day associated with the color yellow.  However, in the recent political tumult in Thailand, the royalists appropriated yellow and are now known as the “yellow shirts.”  Because of this, yellow is too partisan a color to wear to celebrate the King’s birthday.  It seems that this year, pink was decided upon. 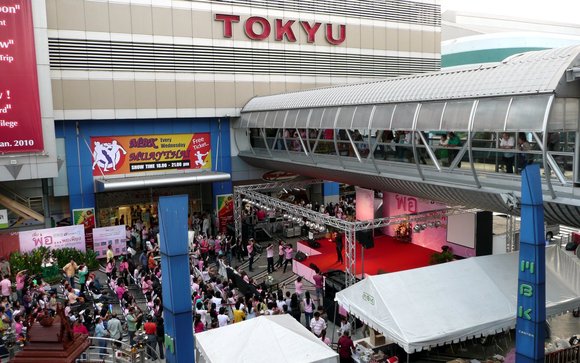 A concert at Tokyo department store at MBK shopping center.  Note the prevalence of pink.  The two-letter script that looks like “WO” in English is the Thai word for “father” – HMTK is affectionately referred to as the father of the nation.  Father’s day coincides with his birthday. 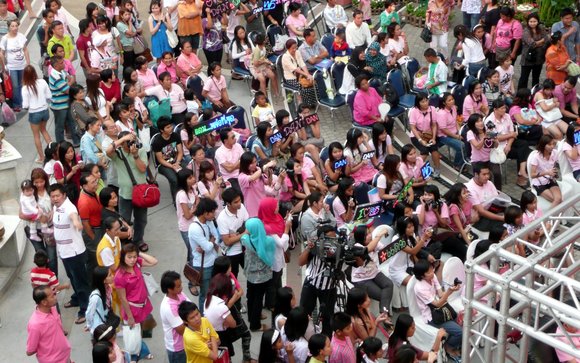 Here’s a closeup of the crowd watching the concern.  I’ve never seen these LED signs before but I guess they are kind of a grown-up version of Lite Brite.  I take it from these signs that the artist who is performing is known as Dan. 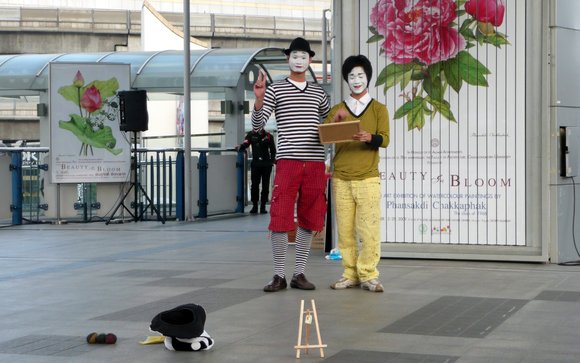 On the walkway from MBK shopping center to Siam Discovery, I saw something I have never seen before in Thailand and hope to never see again: mimes. 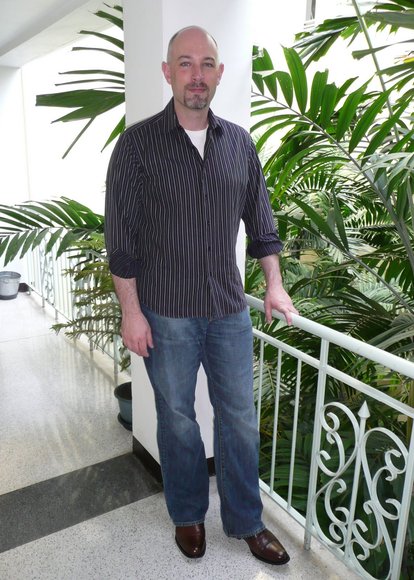 Scroll down for the answer…

Me wearing brown shoes.  After some prodding from Tawn (and an amazing find of wide shoe sizes from Clarks, something else I’ve never seen in Thailand) I caved in and bought a brown pair of shoes.  I have not owned brown shoes since maybe high school.  In university I did have a pair of blue Doc Martens but other than that, my leather shoes (with the exception of sneakers) have been black.  No confusion, no fuss, no trouble matching the belt.

You may not fully appreciate how earth-shattering this news is, but you should know that snowballs are starting to feel like they have a fighting chance in hell.

0 thoughts on “December Odds and Ends”