Saturday morning we met Andy and Sugi in the lobby of our hotel (Park Taipei Hotel – highly recommended) and walked to a nearby restaurant for breakfast.  The section of Fu-Xing South Road near the hotel has many restaurants well-known for their breakfasts, some of which serve 24 hours a day.  Andy took us to Yong He Dou Jiang (永和豆漿) at the corner of RuiAn and Section 2, Fu-Xing South Road.

The first sign that this would be good eats was the queue stretching out the front door and onto the sidewalk.  There were two, in fact: one for food to-go (many people in that line were carrying their tiffins or, as I believe the Singaporeans call them, their tingkats) and the other for dine-in.

The kitchen is right at the front of the shop, open-air under with a glass wall and window facing the interior dining area.  This is a busy and efficient kitchen with each person performing their tasks in a compact area; no wasted motions here.  The menu has variations of no more than a dozen items, if that, so it is more of a production line than anything else. 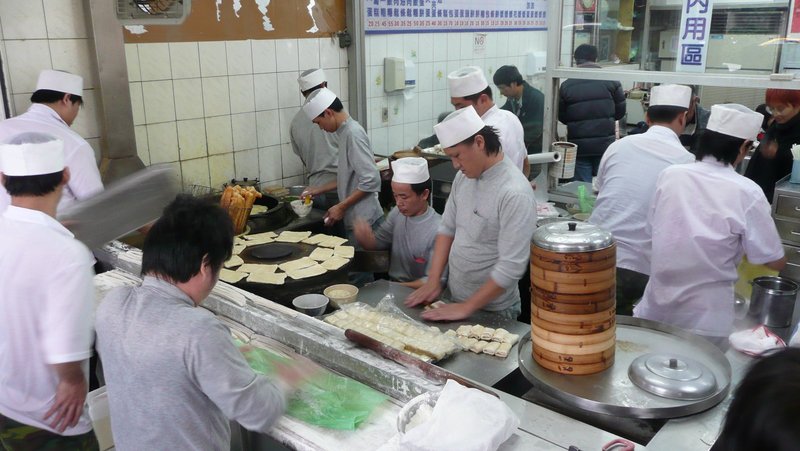 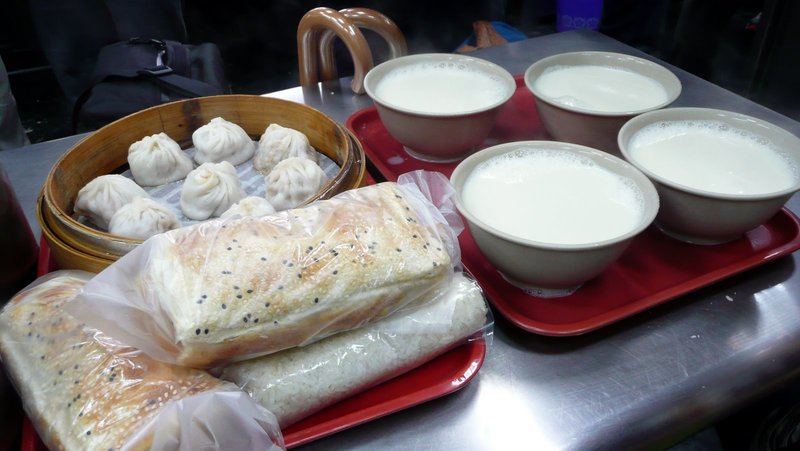 Soy milk is not something I generally enjoy drinking but for some reason I find that when I have it in Asia, it is much more enjoyable than when I have it in the US.  It isn’t chalky and there’s no artificial vanilla flavor added to it.  It is especially nice when using it to dip the pastries. 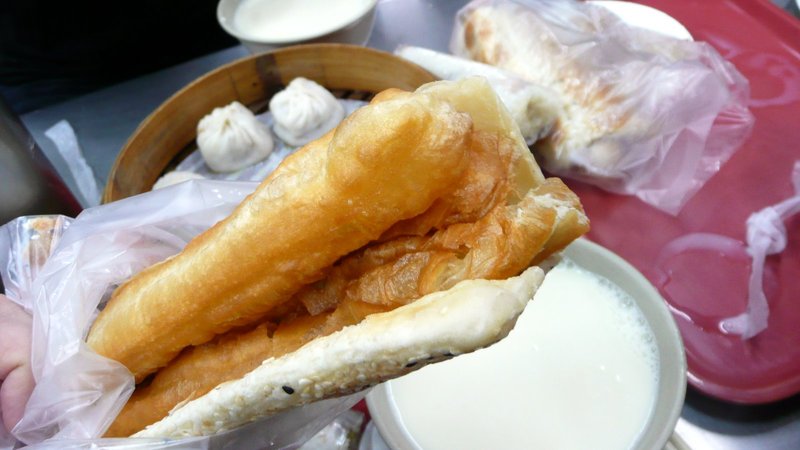 The pastries, referred to colloquially as “Chinese donuts”, are thin strips of unsweetened dough that are fried up.  In Thailand, these are generally shorter pieces but here in Taiwan (and most other places I’ve had them) they are a good ten inches long.  The ones we had were wrapped in a thin sesame pasty.  You dunked it in the soy milk then took a bite.

The dumplings (in the background) are one of my favorites, although this particular restaurant’s were underseasoned.  They are made with a ground pork filling that has a small cube of gelatinous broth put inside the wrapper and then are steamed.  The broth liquifies and when you bite into it, you get a generous burst of “soup” with the meat. 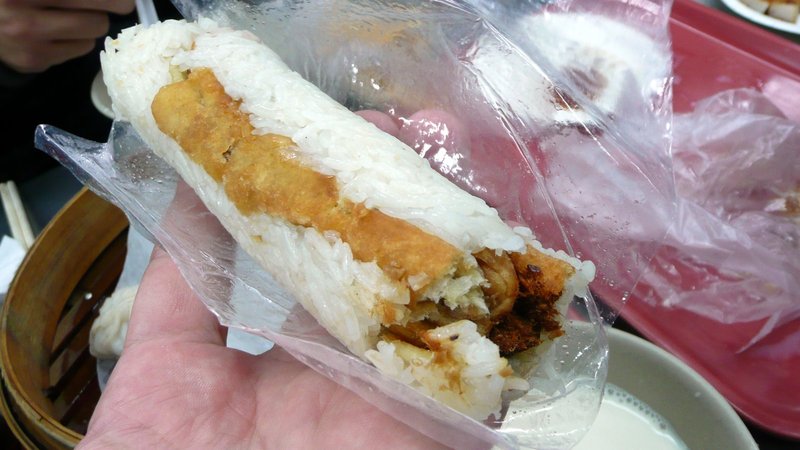 The other thing we had were rice rolls (kind of like sushi) wrapped around a Chinese donut and stuffed with a dried, shredded pork and pickled veggies.  Very tasty!

This proved a tasty and filling start to our drizzly day.

0 thoughts on “Breakfast in Taipei”