We arrived Friday morning about 11:00 at Taipei’s International Airport after a smooth, three-hour flight from Bangkok.  Andy was kind enough to arrange for a car to pick us up and we were in the city before twelve-fifteen.  Amazing considering the distance from the airport to the city.

After a bit of freshening up, we met Andy and his girlfriend Sugi in the lobby of the Park Taipei Hotel, off to our first stop, the Chiang Kai-Shek Memorial Hall, below. 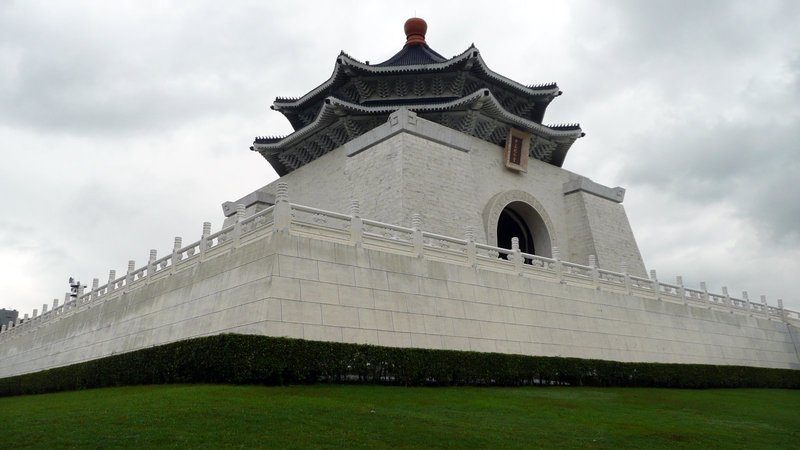 This impressive memorial to the first president of Taiwan is part of a larger grounds that include the National Theatre and the National Concert hall, two traditionally designed buildings. 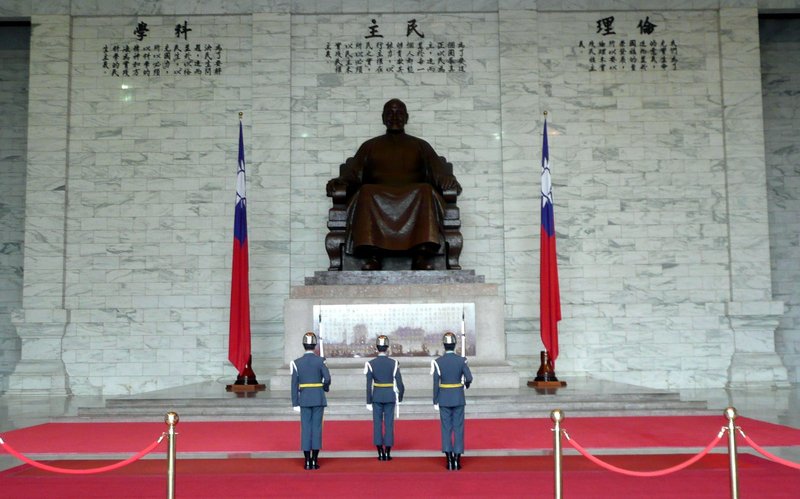 Inside the memorial hall we witnessed the impressive changing of the guard ceremony at the top of the hour.  There is some video footage I will edit of this.  Worth watching because – horrors! – one of the guards dropped his gun during the intricate maneuvers. 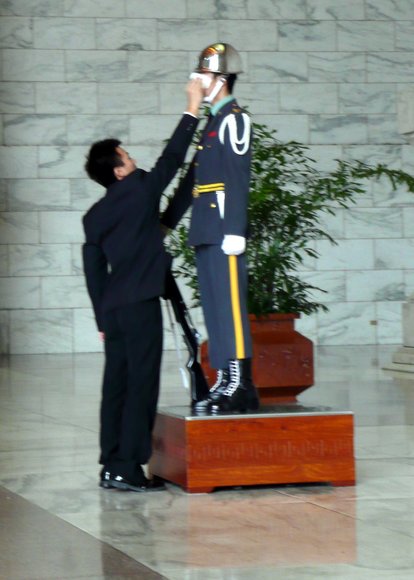 The military guards have to stand still for an entire hour.  Unable to move, they have to rely upon a civilian guard to come over, straighten their uniform and mop their brow. 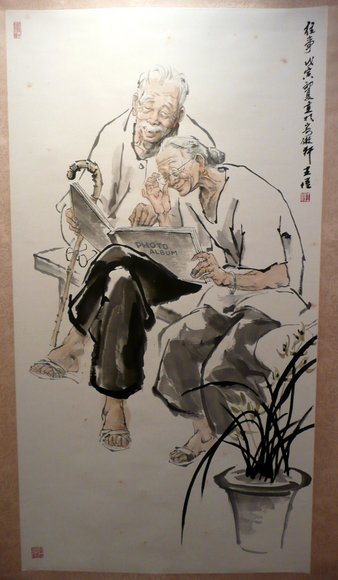 In the museum below the memorial hall was an exhibit of more contemporary Chinese scrolls including this cute one of an old couple perusing a photo album.

Tawn posed near one of the large doors leading into the museum level of the memorial hall. 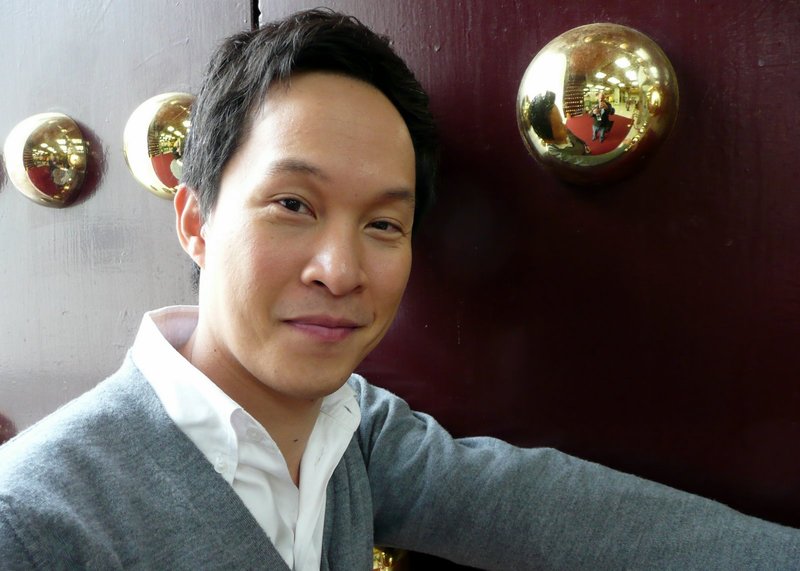 In the evening we went to Ximending, the shopping district  on the west side of town that is the home of hip and trendy youth culture.  Similar to Shibuya in Tokyo, it is bright lights and tons of shops catering to an endless stream of people, mostly younger. 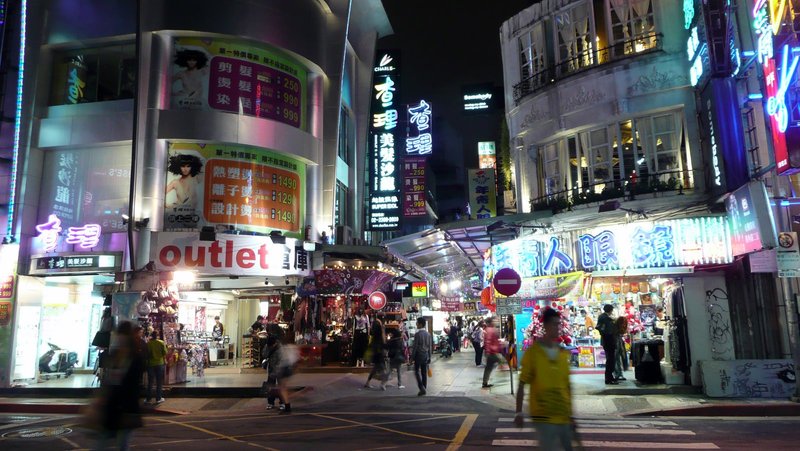 There’s shopping for everyone.  Sugi found a beautiful leather bracelet that she really liked so a few minutes later, Andy was shelling out some New Taiwan Dollars. 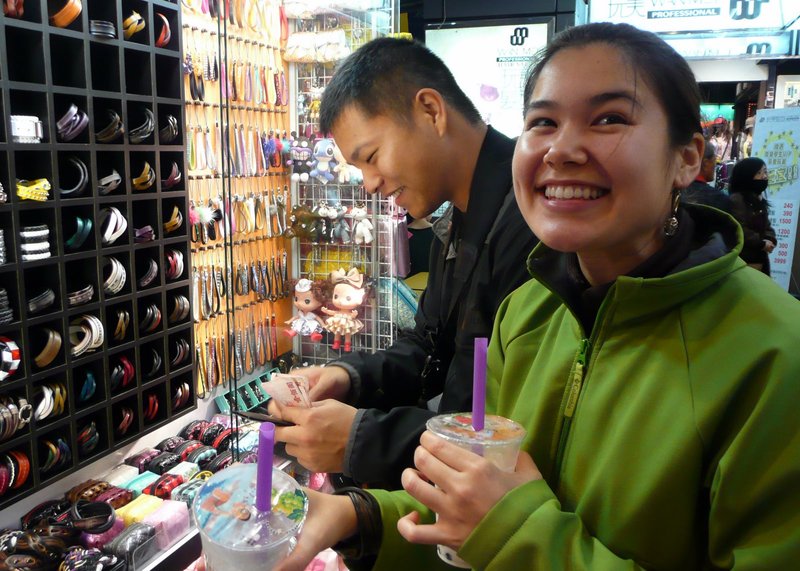 There are some really nice graffiti in one section of Ximending. 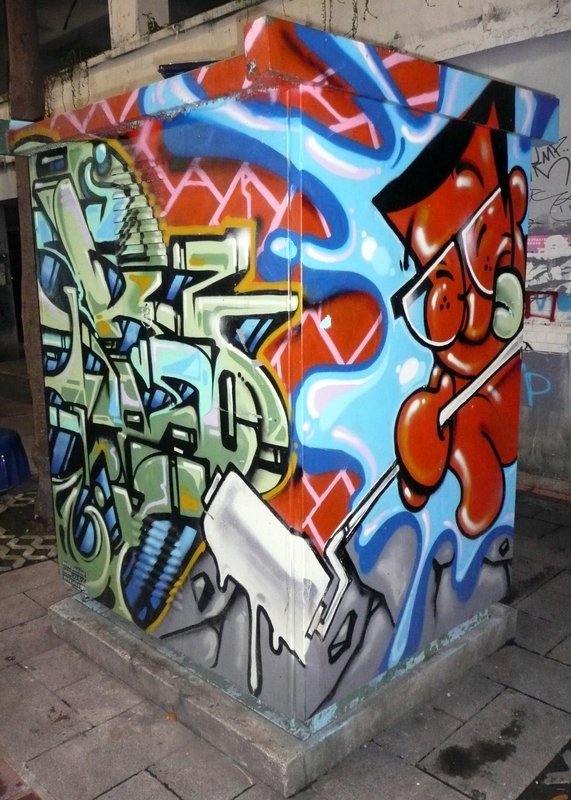 Lots of street vendors serving foods of every kind.  Taipei is known for its good eats and tomorrow evening we will be dining at the night market.  Stay tuned for that entry.  Here was a fresh fruit vendor who was being shooed away by the police for being in a no-vendor area. 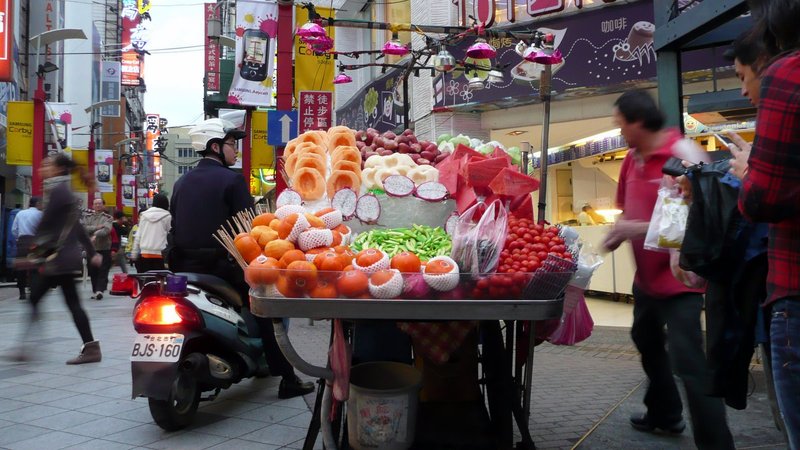 One thing I found a vendor selling that really surprised me: corn dogs! 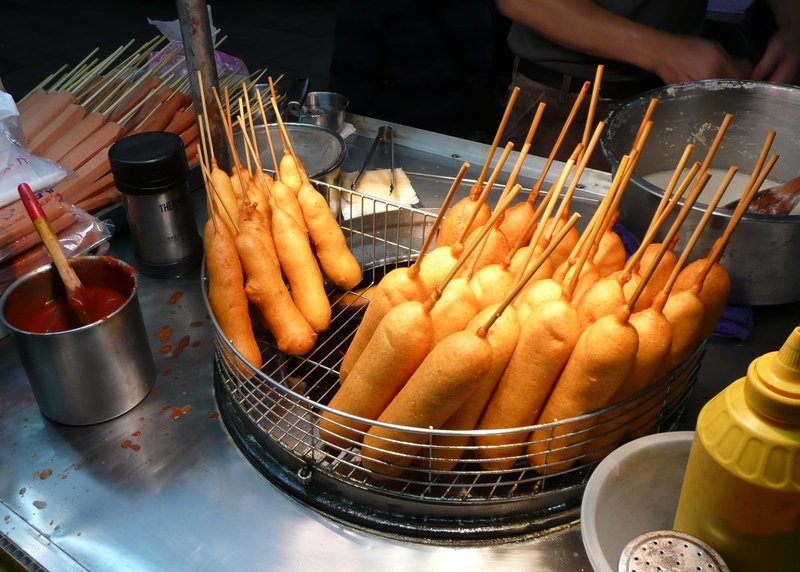 0 thoughts on “First Day in Taipei”