For a long time after moving here to Krungthep, I continued to subscribe to Sunset Magazine, the “magazine of Western living.”  Having grown up in the San Francisco Bay Area, its articles and recipes reminded me to a lifestyle that is in my roots.  Eventually, the subscription expired, renewal notices didn’t make it to me, and I decided it was time to let go.  But the past week, I dug up a recipe from my Sunset files for a “never fall” polenta soufflé and salad.

Attributed to Victor Scargle, then chef at San Francisco’s Grand Café, these soufflés are moist and light, more like a spoon bread than a classic soufflé.  With a salad and mushroom dressing, they make a simple but handsome supper. 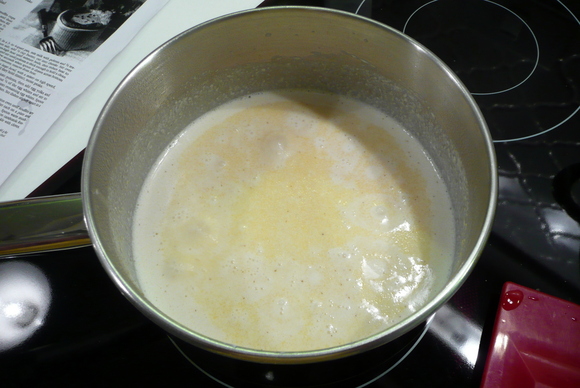 You start off with a mixture of polenta, milk, salt and butter.  Allow to cook over medium-high heat until the mixture boils, then reduce to medium heat and stir regularly. 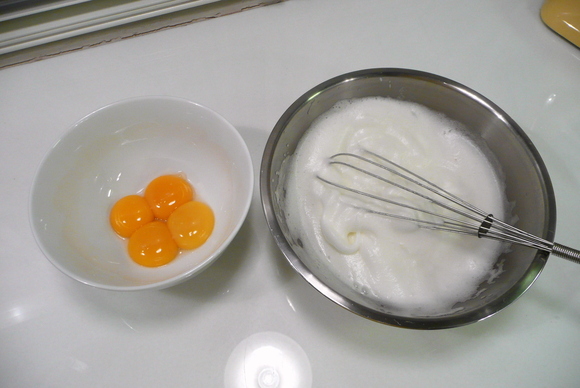 Meanwhile, separate four eggs.  Ultimately, I think I could have done with one fewer yolks, but maybe these eggs are “eggier” than normal.  Beat the whites until they form distinct, moist peaks. 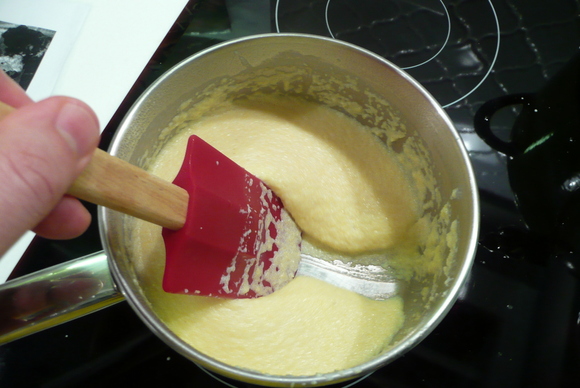 The polenta is done when it is thick enough to hold a clean path for a few seconds when drawing a spatula across the bottom of the pan. 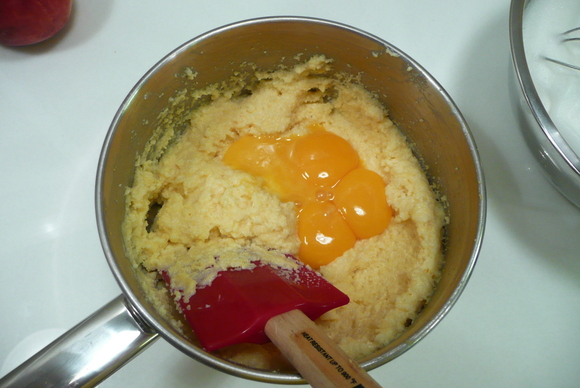 Remove it from the heat and add baking powder and egg yolks, mixing well. 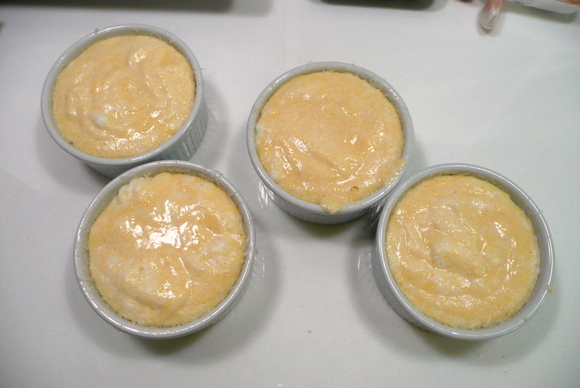 Fold in the egg whites, one third at a time, and gently mix.  Spoon the mixture into ramekins that have been buttered and lined with grated parmesan cheese. 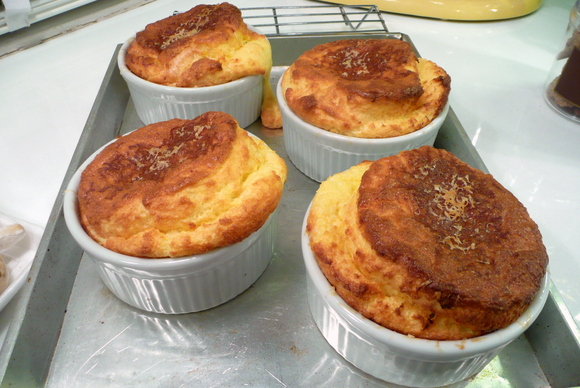 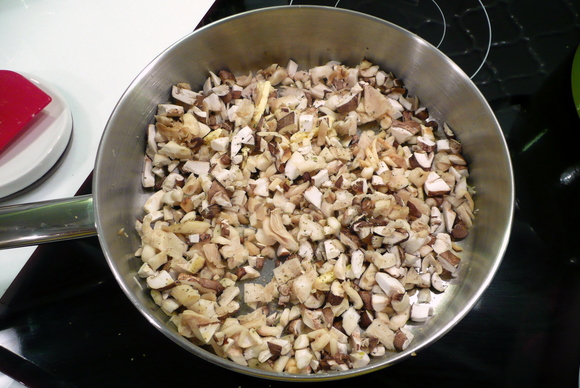 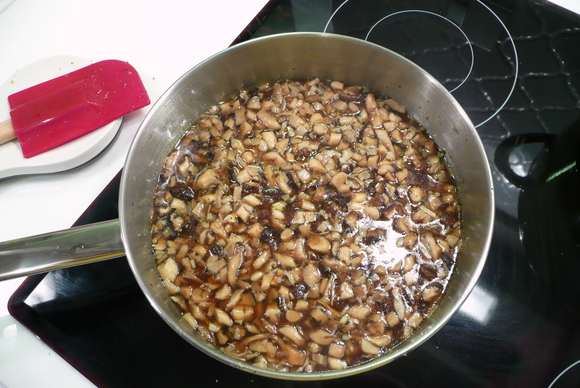 Deglaze with a little vinegar and beef stock (or substitute chicken stock, if you prefer.) 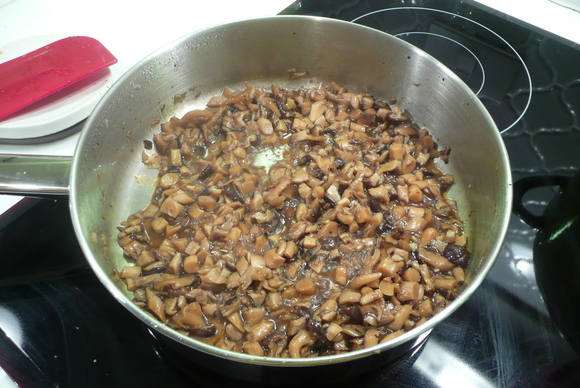 Reduce until mushrooms are soft and the liquid has formed a glaze. 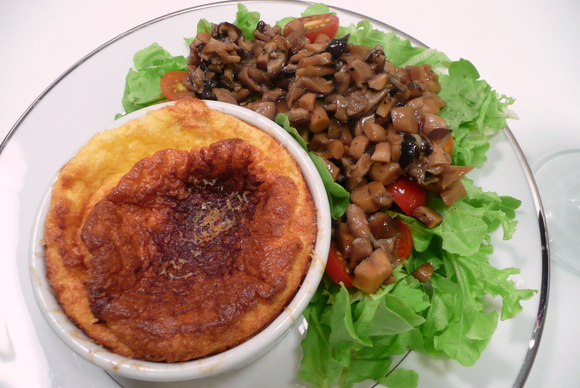 Serve soufflés alongside a mixed green salad, spooning the mushroom sauce over the salad.

Alternatives:  Since I had a few soufflés left over, I reheated them, combining the left over mushroom mixture with some bell peppers, onions and sausage fried in anatto oil.  Spooning this new mixture on top of the soufflé was a wonderful addition.

0 thoughts on “Polenta Soufflé and Salad”