The two-year old white elephant – I mean, international airport – here in Krungthep is filled with all sorts of artwork, most of which is kind of cheap, mass-market versions of traditional Thai temple murals.  There are some contemporary pieces in the arrivals hall by local artists, but most of the baggage claim walls – many stories high and hundreds of feet long – are filled with these faux temple murals. 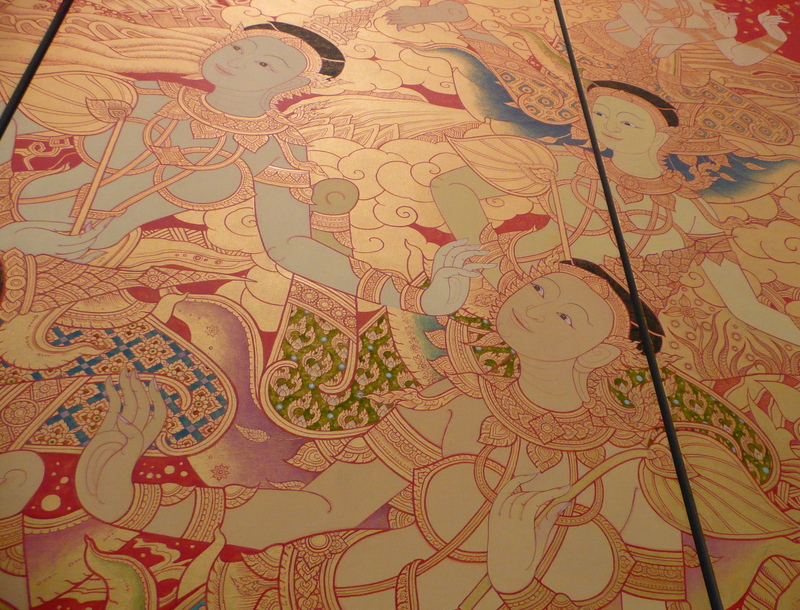 They are pretty enough, in and of themselves. What you see here is a trio of angels, gracefully flying through the firmament.

What you don’t see here is their nipples.  I thought it odd at first, as in the traditional murals that you would actually see at the temple, the angels are anatomically correct.  Not so, the baggage claim murals.

I walked the length of the artwork and discovered that all of the celestial beings depicted in it were nipple-less.  Perhaps the tourism authority is worried about offending the sensibility of all the visiting European tourists who (with complete disregard for the local modesties) sunbathe topless at our beaches? 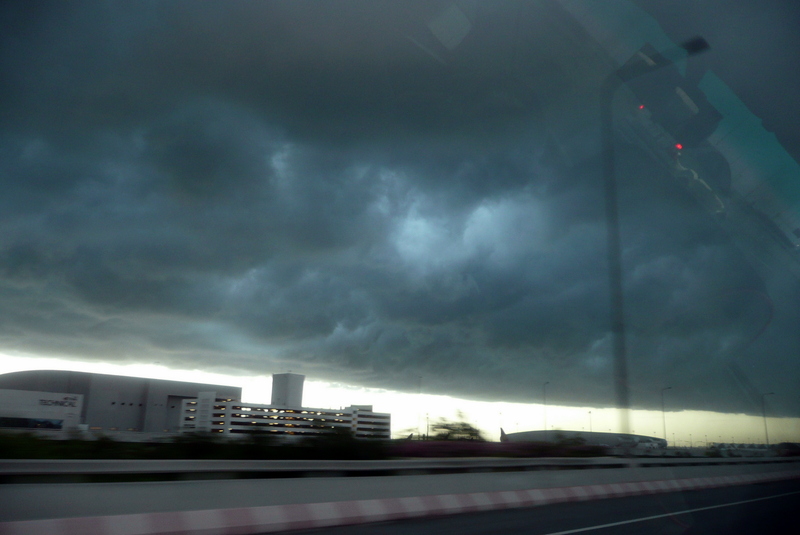 On the drive out to the airport two weeks ago, heading to Kuala Lumpur, there was this really frightening cloud cover.  The entire city was under a heavy downpour but as we reached the airport, which is to the east of the city, we could see the edge of the weather system.  Beyond it were bright, sunny skies.  This picture is taken on the road connecting the expressway to the airport.  The THAI Airways maintenance building and employee car park are visible to the left.

0 thoughts on “Angels without Nipples”