I headed down to Kuala Lumpur today, and easy flight at just over two hours long.  Tawn will join me Friday and we’ll spend the weekend here.  I took Air Asia for the flight, the “Southwest Airlines” of Southeast Asia.  I’m not a big fan of the airline: 29″ pitch is a bit tight for me (I’m 6′ tall) even if the flight is only a few hours.

But the price can’t be argued with: 4300 baht including taxes versus 6900 baht on Malaysia and 10000+ baht on THAI.  I don’t want to contribute to this race to the bottom by flying based on price alone, but a 50% premium isn’t justifiable for two or three more inches of leg room for two hours.

While I generally don’t find our new airport to be that attractive, I did find one angle from which is looks nice: 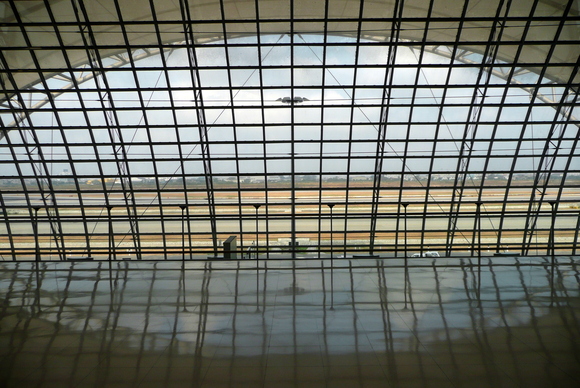 It was a very humid day in Krungthep and while boarding, the air conditioned air was condensing inside the cabin, creating a fog-like effect that was really funny.  You felt like you were walking through clouds just to get to your seat! 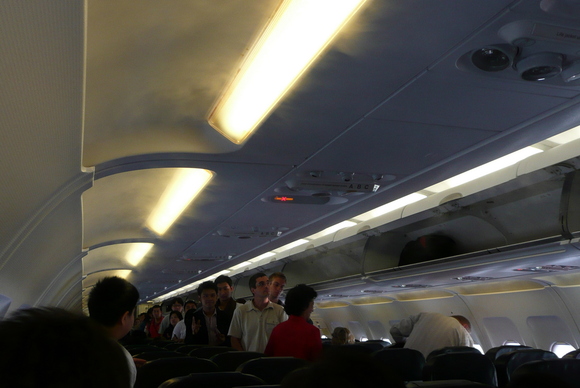 The picture doesn’t do it justice, though.  Please view the video below for the full effect.

While waiting to push back, an Aeroflot IL-96 pulled up alongside us.  Aeroflot is the remnant of the U.S.S.R.’s sole carrier and the IL-96 was the last Russian-built plane they added to their fleet.  In years since, they have bought aircraft from Boeing and Airbus.  The 96 is an interesting bird: not a very long fuselage but huge wings.  It is designed to fly long routes with medium passenger loads, although it not the most fuel-efficient plane out there. 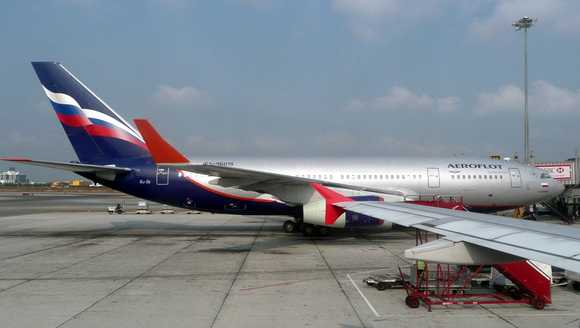 Arriving in KL at the Low Cost Carrier Terminal, I was struck by how much outdoor walking they have you do.  All covered walkways, but it was quite a hike to get to the terminal.   Along the way, beautiful views of the airplanes.  Of course, they are all Air Asia planes so it gets boring real fast. 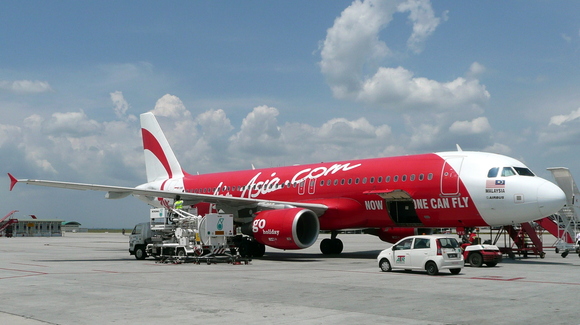 I’m staying at the Novotel in central KL, quite close to the Petronas Towers.  In fact, I can see one (vertical) half of one of the towers from my room.  I can’t wait to show Tawn!

The area nearby the hotel is quite a popular stretch.  Lots of outdoor seating at restaurants and cafes for cuisine from around the world.  Very nice, actually.  I don’t understand why Krungthep doesn’t have anything like this?  KL is very similar weather to Thailand, so that’s no excuse for not having outdoor seating.