First off, to those Christian members of my audience, Merry Christmas to you and yours.  It is actually just a few minutes before midnight on Christmas Eve here in Kansas City, but since my Xanga account is set for Bangkok Standard Time, it shows that it is already Christmas Day.

Second, many thanks to all of you who expressed concern for Tawn’s battle with his jet lag.  I’m glad to say that he’s much better now than he was.  Your kind thoughts no doubt helped speed his recovery.

We used much of Monday for Tawn’s recovery.  Sadly, this meant that we had to cancel some of our plans.  We felt very bad about that, but ultimately on a trip like this one, health has to be the first consideration.  The entire trip could wash out if one or both of us became seriously ill.

By Monday evening Tawn was feeling well enough for us to keep our dinner appointment with my aunt, uncle and cousins.  Of course, family is a priority in our life and so we made the trek over to the east bay for a very enjoyable dinner.

Before leaving, we had breakfast at Squat and Gobble, a small chain of creperies.  Thanks to Jordan for letting us know that they actually open for breakfast.  I had always thought that the location, which is just a block or two away from Anita’s, was just open for lunch and dinner.  We had another nice American style breakfast, something that just is never the same in Khrungthep. 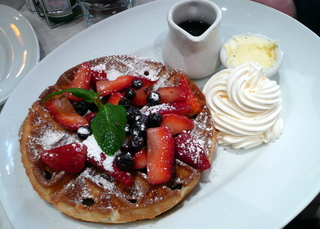 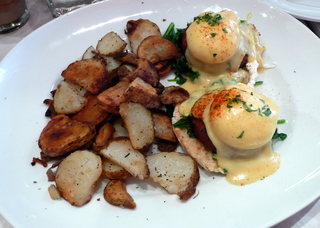 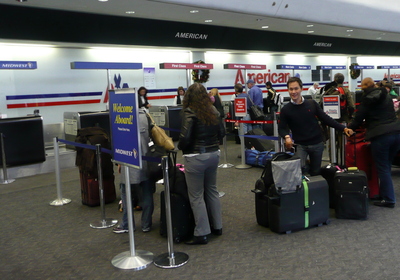 We headed to SFO for our noon flight on Midwest Airlines, the only airline that offers a nonstop flight from SFO to Kansas City.  The airline, which like many of its peers has suffered some tough times, is still a favorite of mine.  They offer a “premium economy” product, friendly service, and good value for the money.  I’m the kind of traveler who will spend a little bit extra for greater comfort and convenience.  My days of suffering in a cramped middle seat in the far back of a sardine can are over.

We managed to arrive just a few minutes before the check-in counter (which is handled by American) opened.  Once the counter opened, the agent informed us that because of weather in the midwest, the inbound flight was about forty minutes delayed.  Thankfully, this report was accurate and the delayed departure time didn’t slip at all.

This delay gave us time to enjoy SFO’s good selection of food – at least the good selection that is in the North Terminal.  Of course, no trip to San Francisco is complete without some clam chowder, so we stopped at Boudin’s for a bowl of soup served in a hollowed-out sourdough round. 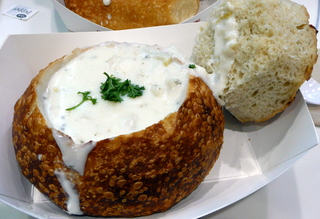 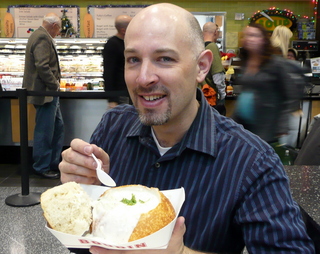 Too much bread, to be honest.  Tasty, but an insane amount of bread.  The chowder was pretty good, though.  Frankly, I think the best chowder is served from the large vats at Fisherman’s Wharf late in the evening when there is just a little bit left and it has been simmering all day long.  So tasty then.  But this was a reasonable substitute.

Before leaving San Francisco, I’ll share a Christmas sight that I saw while walking in the Castro. 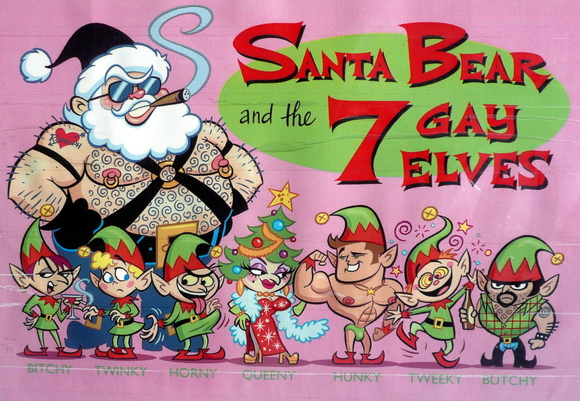 Yes, a merry gay Christmas to you, too.

8 thoughts on “And Christmas Arrives”