It is amazing how jet lag affects people differently.  On my first night here I took a sleeping pill, slept fairly well through the night, and have largely been able to function on a normal schedule ever since.  Sure, I’ve woken up a few times in the night and have had to wait twenty or thirty minutes to fall back asleep, but other than that I’ve had no ill effects.

Tawn, on the other hand, has had a hard time adjusting – both to the new time zone as well as the hectic schedule-a-go-go that we’ve been running.  By Sunday afternoon he was starting to hit some rough patches and my Monday morning, he was dragging.  We called off several appointments on Monday and he used the time to rest.  The symptoms, which seemed almost like a cold, abated enough by late afternoon that we were able to get over to my aunt and uncle’s for dinner.

Hopefully, he’ll be fully back to speed soon because we travel to Kansas City on Tuesday.

A few more bits and pieces of our schedule:

Saturday morning we went to the Ferry Building for brunch at Boulette’s Larder, one of my favorite places to eat.  Truth be told, the food (which was very high quality) didn’t wow me as much as previously, although the Christmas Spice beignets were spectacular.  Good ambience and company, though, as we were joined by Stuart, who was in from Bangkok, and his local friend Rupert. 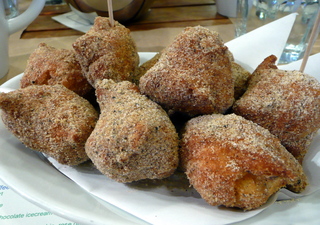 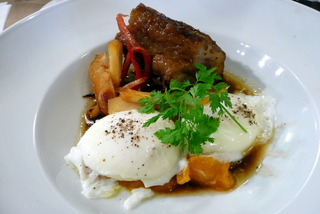 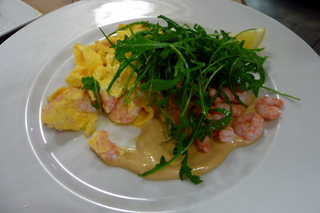 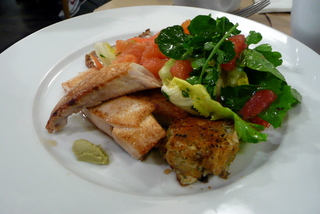 Not sure why I managed to crop the beignets differently from the rest of the food pictures…  But from upper left clockwise: Christmas Spice beignets, poaches eggs on polenta with braised beef, seafood platter with smoked salmon, grilled tuna and crab cakes, and sweet Maine shrimp scramble with arugula.

Afterwards we explored the Ferry Building for a bit, finding some interesting items: 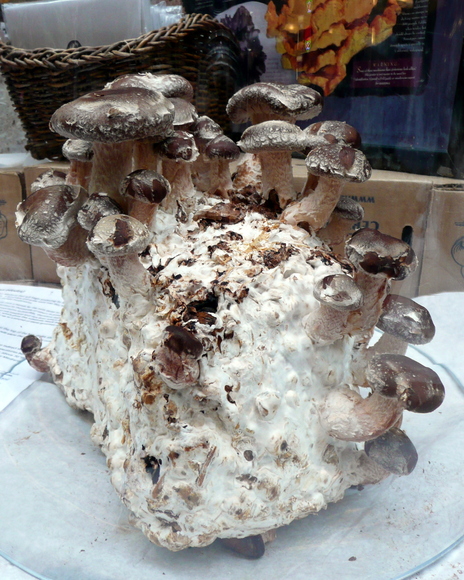 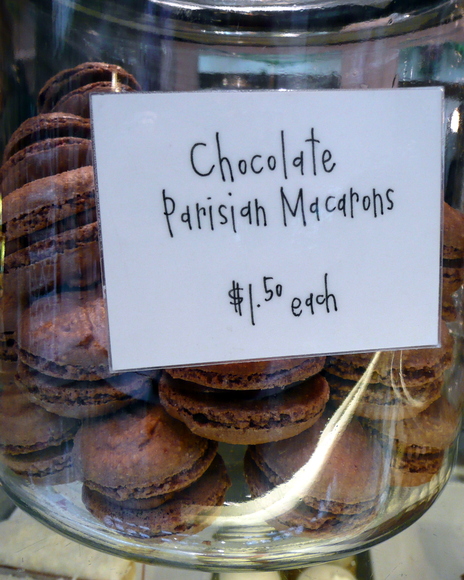 A bakery – the first I’ve seen – that makes French macarons without food coloring!  Yes, the lemon ones (not pictured) look like most of the other flavors and chocolate is the only flavor you can identify by sight, but I really like that they aren’t so artificially colored.  Plus, they use a coarser almond flour that really gives the confections a chewier texture.

Heading back to the Embarcadero, we received a message from Anita that most of the high school gang was gathering for dim sum at Rincon Center.  This was only two blocks away so we stopped by but didn’t eat anything.  Since our plates were empty, our “nephews” – Devin, Maximo and Joaquin – decided we would be fun to play with.

Below, Maximo smiles sweetly while his brother manages to almost tip over two tea cups. 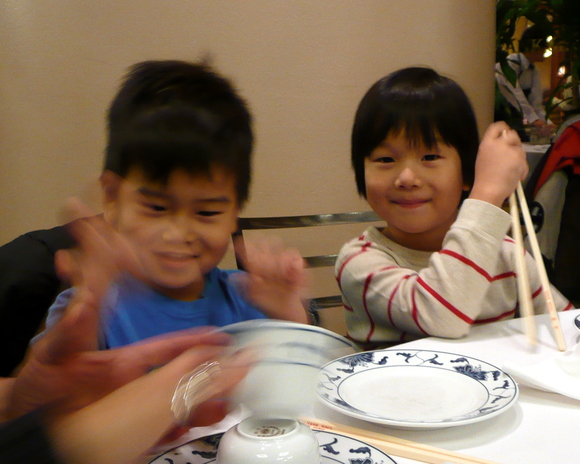 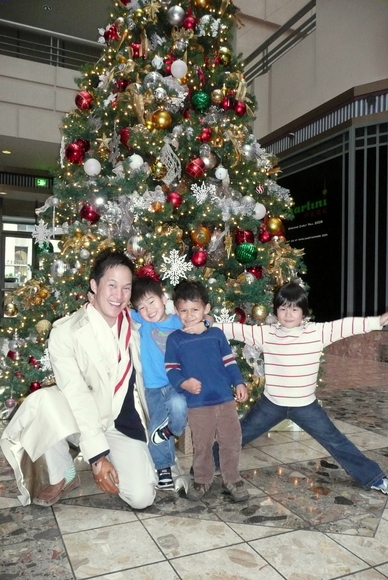 Above, Uncle Tawn with Joaquin, Devin and “Ultra Man” Maximo at Rincon Center.

After a few hours of visiting, we returned home and Tawn was ready for a much-needed nap.  Lalima had thoughtfully arranged tickets for the San Francisco Ballet’s production of The Nutcracker.  The definitive North American production (SF Ballet introduced it to the continent in 1944), it was magical and a perfect holiday treat.

31 thoughts on “Jet Lag Hits Tawn, Who Turns the Other Cheek”