Tawn’s birthday was last Wednesday, so we went out for dinner at Lenôtre Paris, a Parisian outfit that has several cafe locations here in Bangkok.  Owned by the Accor Group (Sofitel Hotels, Ibis Hotels, Motel 6), the chain offers a nice taste of French cuisine and very nice baked goods. 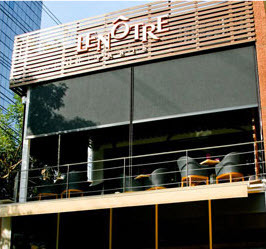 Early afternoon, Tawn text messaged his father, inviting his parents to join us for dinner.  Beforehand, I cautioned against him getting his hopes up.  Not surprisingly, Tawn’s father responded that he didn’t feel comfortable joining us for dinner and declined the invitation.

We made it a fun evening on our own, though, visiting the small location on Soi Thong Lor, the next block over from us and just a short drive further down the street.

Thanks to the drizzly weather, there were few diners, a great deal of privacy and, subsequently, very attentive service.  We sat on the second floor overlooking the wet pavement and reflected lights as the busy evening traffic crept up and down the street. 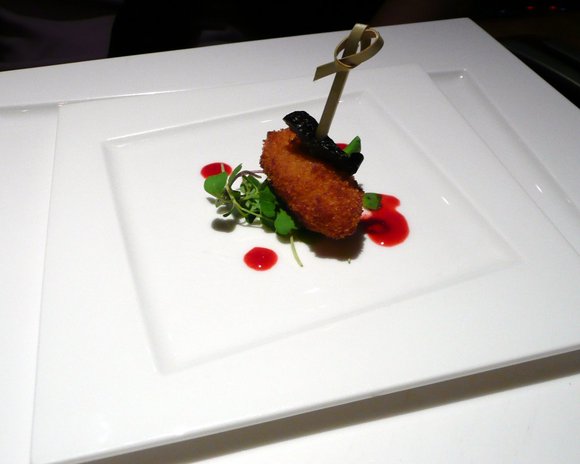 Shortly after ordering, an amuse bouche arrived, breaded morsels of cheese on pea shoots.  A tasty way to warm up our taste buds for the meal to come. 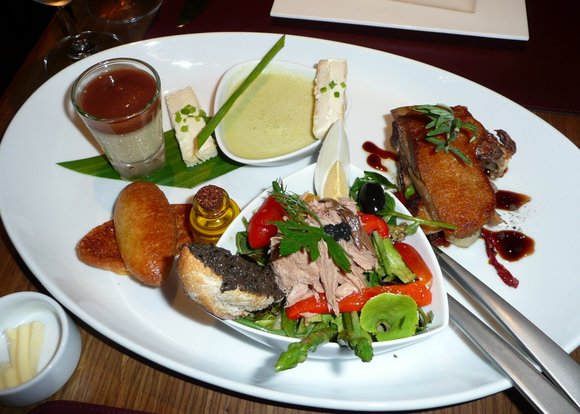 As an entree we shared the “Paris-Bangkok” plate: a small portion of duck confit, a cream of asparagus soup, a salade nicoise, and a goose liver pate.  This was the culinary highlight of the meal, nicely prepared and packed with flavor. 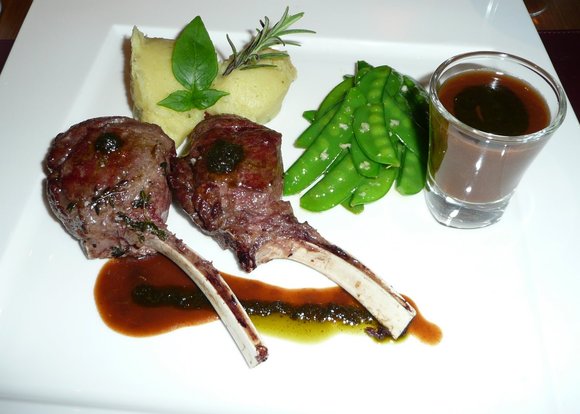 For my main course I had the lamb chops with mashed potatoes and snow peas.  I requested the lamb medium-rare and I think is was a bit underdone.  While flavorful, one piece was particularly tough to eat.  The connective tissue had not been sufficiently cooked and so there was a lot of chewing.  It wasn’t bad but I’d probably not spend the money on this dish again. 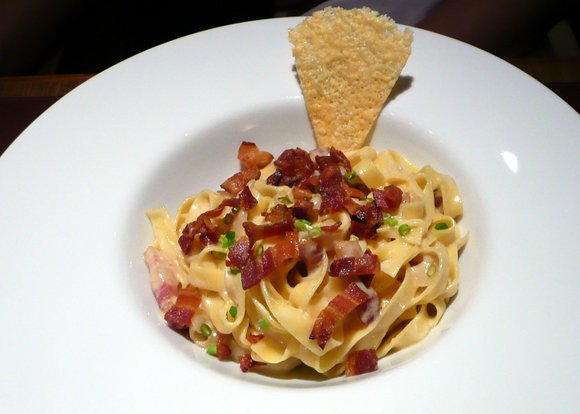 Tawn ordered a fettucini carbonara, which for some reason he mis-read as having salmon in it.  Instead, it arrived with lots of pork belly (bacon) that hadn’t been cooked enough to render more of the fat.  The result was a particularly oily version of a dish that is already heavy.  Again, the flavor was fine but it settled into one’s stomach with a rather solid “clunk”. 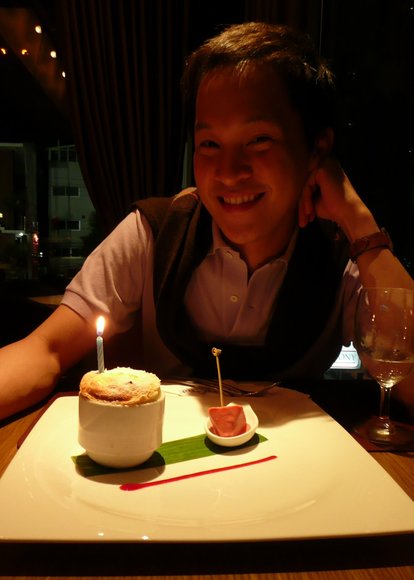 Finally, our dessert arrived, a Grand Marnier souffle that was wonderfully light and eggy, with a raspberry sorbet “lolipop”.  While I was taking pictures, the bottom of the candle melted in the heat of the souffle, resulting in a waxy blue streak through the side of the dessert.  Oh, well… happy birthday!