The airport link rail line, which will connect Suvarnabhumi International Airport (which opened almost exactly two years ago) to the center of the city, is taking shape.  Even though it still has at least another year to go – probably more like two – it is exciting to see some progress being made.

After my return from the United States, I noticed that the construction of the tracks crossing Asoke Road was finally taking place.  The viaducts on either side were completed first and finally the construction workers inched forward to build this connecting span.

Last week I stopped by the intersection early on a wet morning to take a look. 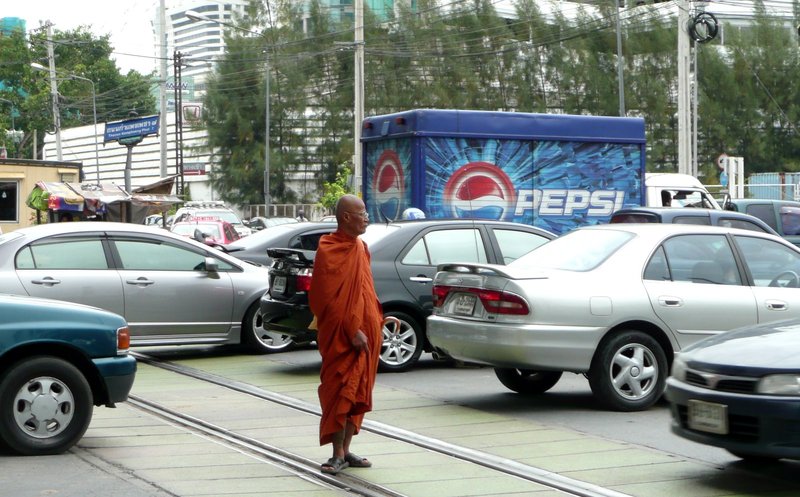 The first thing I saw was this monk, waiting halfway across the street, standing on the State Railway of Thailand tracks, for a break in the oncoming traffic.  A minute later, there was a break and he continued across the street. 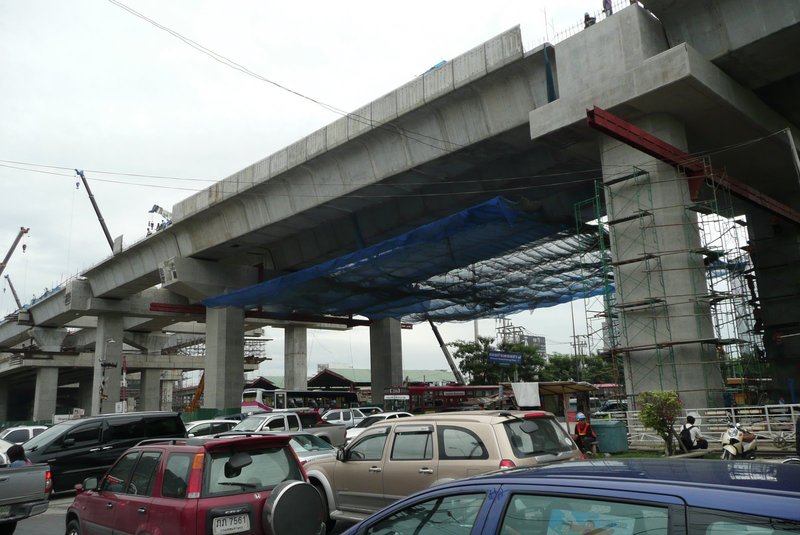 Above: This is the bridge itself or, more accurately, the three bridges.  The new in-city airport terminal (where you can check in for your flights before taking the train to the airport) is just out of the frame to the left of the picture.  We are looking here from the southeast corner of the intersection of Asoke and the frontage road that runs along the railway track, towards the northwest. 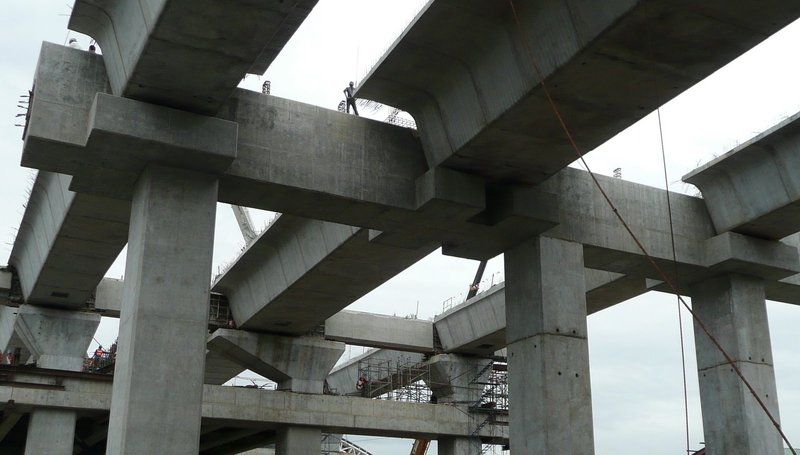 Above: The bridges are very high and I was amazed to see this worker standing there without any safety harness.

I walked a little further up Asoke to peer over the construction site fence and see how the terminal itself is progressing, below. 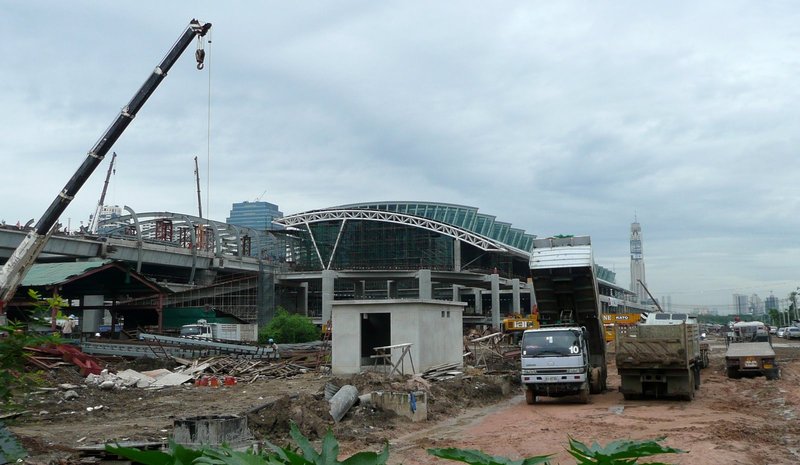 It looks like the terminal walls have been completed, but the structure over the tracks is still being done.  Also, ramps and much of the other infrastructure remains to be done.  My understanding is the large lot around the building will be developed with car parks underneath and office, retail and other commercial space nearby.

In the distance you can see Baiyoke II Tower, the tallest building in Thailand and the tallest structure between Hong Kong and Kuala Lumpur.