First off, apologies to the Xanga friends to whom I’m subscribed.  The first six days of my trip have been so busy that I am very behind on reading and commenting on your entries.  I’ll get back into the groove.

Spoke with Tawn this afternoon and he arrived in Verona in one piece as did his parents.  They went this evening to the house of their hosts, the Mamones, whose daughter is getting married this Saturday.  When I called Tawn, he was inside a shop and just stepping out.  “Arrivederci!” he said.  Cute, huh?

Before I write about Saturday evening, let me embed two videos I shot Friday evening at Martuni’s in SF.  Both are of Anne Marie singing.  The first is of “I’ve Got the Sun in the Morning” from Annie Get Your Gun and the second is of “Close to You” by the Carpenters.  Video quality is doubly poor: bad light and then a lot of compression.  Add to that a lot of ambient noise.  But it will give you an idea of AM’s wonderful voice and the fun we had.

And now, on to our show…

After returning from the East Bay on Saturday afternoon, I ran some errands to check off the shopping list.  Last stop: REI at Eighth and Brennan.  Inconvenient location for transit access and I ended up walking all the way back to Anita’s house at Church and Market.  You quickly come to realize that walking on hills uses different leg muscles than walking the flat streets of Khrungthep.  My shins were aching!

Below: Walking past the San Francisco mint, where your coins come from. 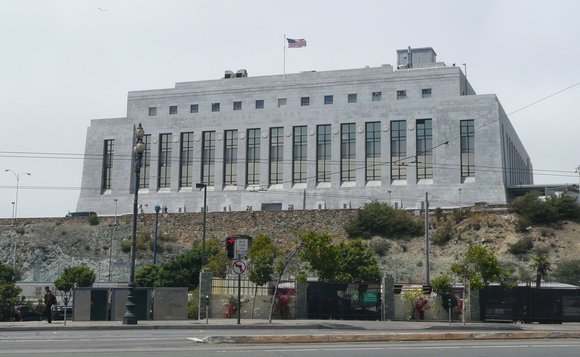 No sooner had I returned home and freshened up then I had to head out to meet Chris and his new boyfriend Rob for dinner at Catch, a seafood restaurant in the Castro.  For years I have lamented the general lack of good dining in the Castro and Catch proved to be a nice exception to that perception.

Below: The intersection of Market and Castro Streets, ground zero of the gay community in SF, on a very cool and overcast early evening. 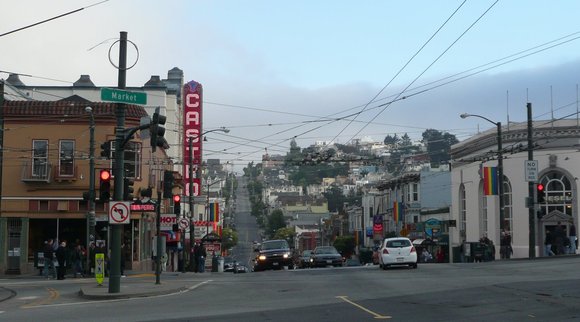 Chris and I met on the CalTrain commuter rail in the days when I regularly commuted to Mountain View to conduct training classes.  It turned out that he lived just down the street from Anita and me (Tawn was also living with us at that time before he moved into his own place near USF) and he quickly became a special person in our lives.

Below: Chris and Rob in front of City Hall. 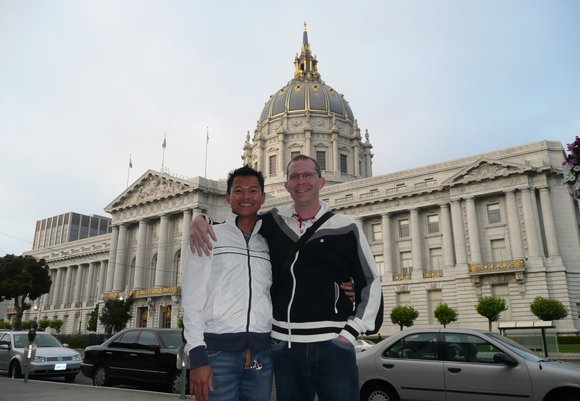 It was especially nice to see him again and after dinner, the three of us headed to the Herbst Theatre in the Civic Center to see GAPA Runway.  GAPA is the Gay Asian Pacific Alliance, an organization dedicated to furthering the interests of gay and bisexual Asian/Pacific Islanders by creating awareness, developing a positive collective identity, and by establishing a supportive community.

Below: Me in front of City Hall.  how come I’m so much smaller than Chris and Rob? 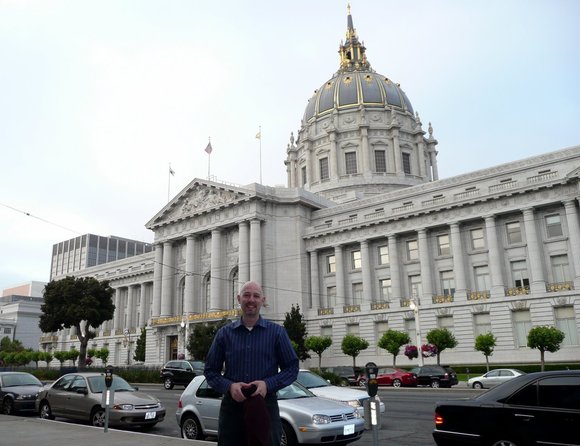 Runway, an event that can best be explained as the annual Miss GAPA and Mister GAPA pageant, celebrated its 20th anniversary this year.  It is a fun time and I ran into many friends, several of whom I have not seen in many years.  I also understand that several other Xangans and boyfriends of Xangans were there.  Just a reminder of how tightly knit the community is.

Below: Jordan, Wilford, me and Jordan’s sister Angel.  Jordan was Mr GAPA 2006 and, as such, was both in full costume and also a judge.  Wilford was dressed in something classier but less flashy.  Angel flew up for the event from Arizona.  What a supportive sister! 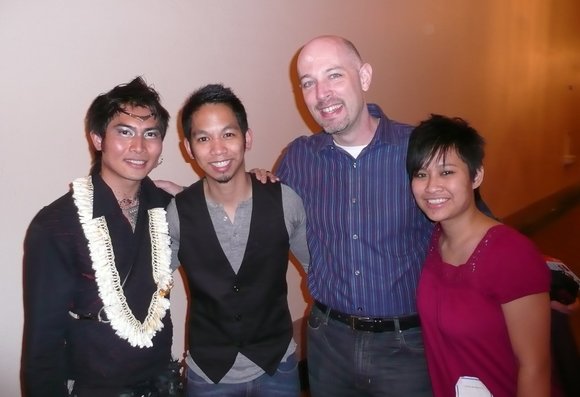 The event ran on quite long.  Longer, in fact, than the Miss America pageant.  There were many creative participants and a good time was had by all.  Sadly, by the time it wrapped up, I didn’t have the energy to go to the after party.

To give you some idea of what the event was like, here are a couple of videos from YouTube.  I didn’t take or post these, so no speaking to the quality or how risque they are.

Another busy day of vacation filled up!