Saturday morning Tawn and I joined Aori and Paul on a trip to the floating market at Bangnamphung (literally, “The place of honey”) in Phra Pradaeng.  It has been the better part of two years since I last wrote about Phra Pradaeng.  It is a near-island created by an excessive bend in the Chao Phraya River, somewhat to the south of the main part of the city.  Unlike all the surrounding areas, Phra Pradaeng has undergone minimal development and is mostly covered with banana and coconut plantations.  A fantastic place to ride a bicycle, it has more in common with the countryside on the outskirts of the city than it does with the industrial area, port, and financial centers that lie just across the river from it. 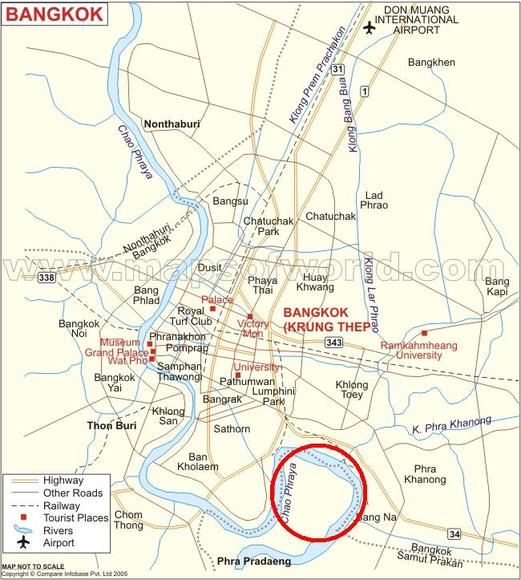 We drove down to Aori’s house in Bang Na to pick them up, then continued to a temple at the edge of the river.  Parking at the temple is ostensibly reserved only for people coming to the temple – the signs specifically say there is no parking for the floating market.

So we spent some time at the temple first, feeding the cows and water buffalo, praying to the Buddha statues, and donating some money. 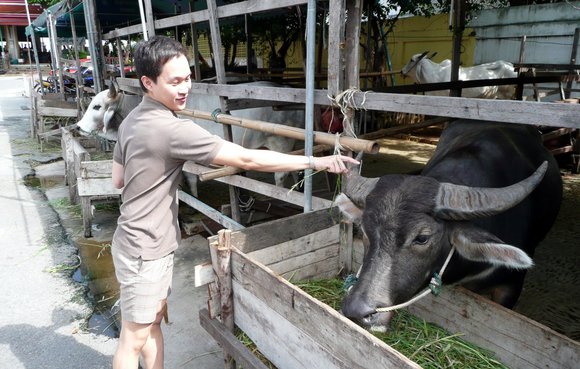 This is the first temple I’ve seen that have farm animals.  They are there to be donated to needy families in the countryside and you can make a donation and feed them.  It was a regular petting zoo although, as Tawn found out, the cows don’t like you to touch their foreheads, above. 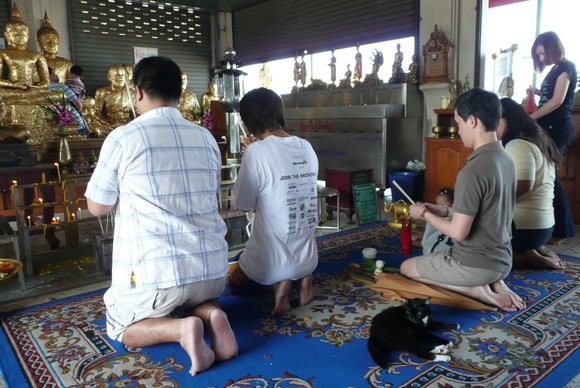 The sala or pavilion was right next to the river, open on both sides and enjoying a pleasant breeze.  Dozens of adherents were coming and going, making offerings, receiving blessings, and prostrating themselves before the images of the Buddha and several revered monks.  I found it curious that this cat was just lying on the carpet, above, unconcerned about all of the people coming and going around him. 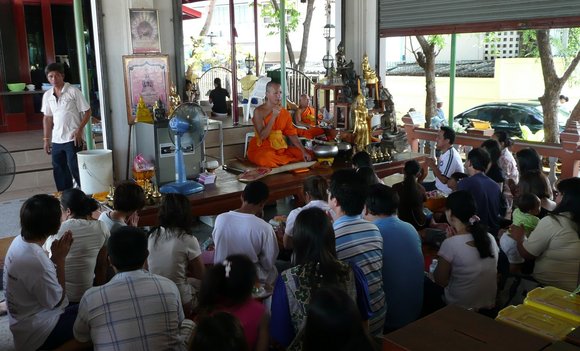 A large family arrived all at one in two vans to receive a blessing, above.  The monk, in order to be heard, was holding a small microphone – a very modern addition to an ancient ceremony. 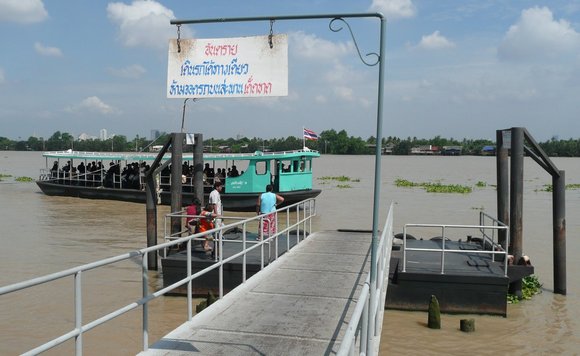 The ferry runs about every twenty minutes and carries a lot of traffic across the river, including a lot of motorbikes which are the primary form of transportation on Phra Pradaeng.  This is a well-organized system with pedestrians first, followed by motorbikes, then any bicycles.  A recording plays just as the boat is landing with a little patriotic music and then announcements about the embarking and disembarking procedures.  It sounded more like an amusement park than anything else. 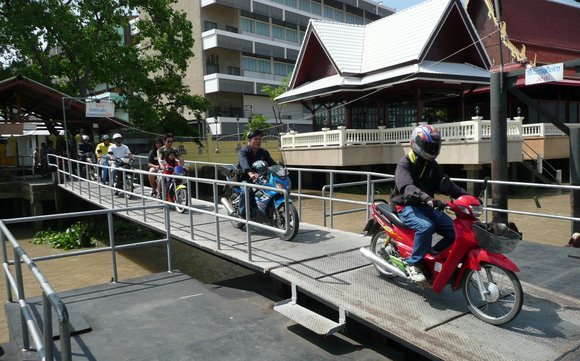 Once we were seated onboard, a stream of about two dozen motorbikes followed us on, above, directed into the correct place by the deck hand, below. 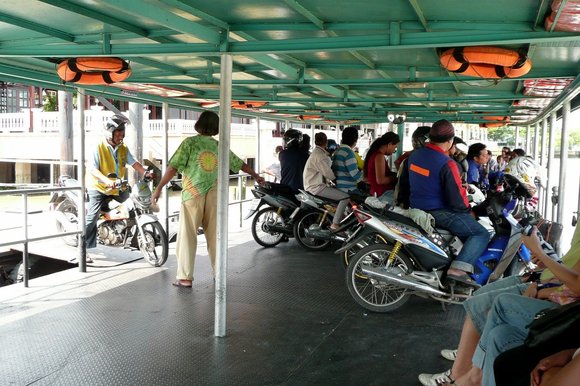 Even on the hottest days, there is a nice breeze on the river.  As we worked our way across and slightly up the river, we had a good view of part of the Khlong Toei port area, where all of the oil products are off-loaded.  There are numerous industrial plants and factories in this area.  I’m curious what will happen in the next few years as the Skytrain extends into this end of town and more and more condominiums and residential developments drive up the land values.  Will the factories move and will the area gradually be rezoned? 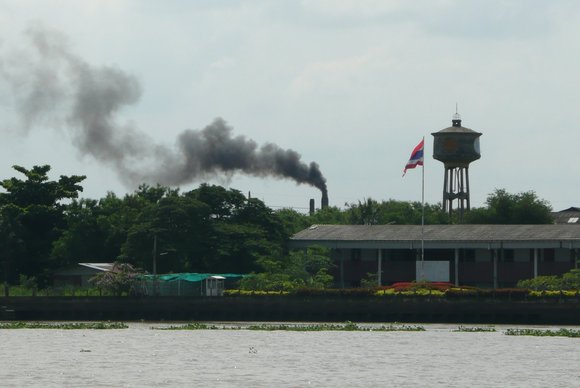 Thankfully, this polluting smokestack was only running for a short while.  When we returned later in the afternoon, the sky was much cleaner.

5 thoughts on “Trip to the land of honey part 1”