Christmas is and is not celebrated here in Thailand.  Christians comprise less than 1% of the population, yet the main streets and shopping centers are done up in holiday lights.  A lot of this is for New Year’s, which is a big deal here, but Santa Claus and other imagery associated with Christmas (including trees) works its way into the decorations. 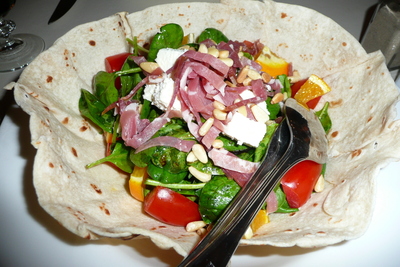 Monday evening we met a small group of friends – Doug, Roka, Suchai and Ken – for dinner down the street at Bacco, the more expensive sibling of Basillico on Sukhumvit 31.  The food is significantly better, more creative and of higher quality.

We had papparadelle in duck ragout, a tuna tartare and pomelo appetizer, linguine with smoked salmon and vodka sauce, and a tasty arugula salad (right) and a variety of bruschetta.

The conversation and company were wonderful, more than compensating for the slightly higher bill than I anticipated.  Oh, well – you cannot regret what you’ve already done, but only learn from those lessons for the future. 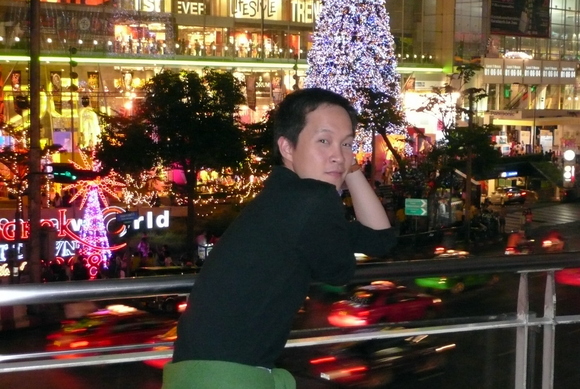 Afterwards, Tawn and I headed to Central World Plaza to try and take some holiday photos in what is the equivalent of Khrungthep’s Times Square.  Last year the New Year’s Eve celebrations were dampened by a series of bomb attacks that killed three people and injured more than 40.  With the election of the PPP government, whose Thai Rak Thai roots were decidedly harsh on the South, we may very well expect more of the same this year.