Tam’s birthday is on November 17th, and it has become a bit of a tradition that we do a combined birthday celebration.  This year we opted for something small, since I’m still feeling under the weather with this allergy-cold thing and Tawn and I have been busy packing boxes getting ready for our move.

Dinner was at Baan Rabiangnam (River Tree House) the restaurant owned by Pete.  Pete is the current boyfriend of Tam’s ex, Frederick.  Pete’s very nice riverside restaurant is in Nonthaburi, just north of Khrungthep, in an old house that used to be his grandmother’s.  While a bit hard to get to if you don’t know the way, it is always busy with a regular and loyal clientelle and the kitchen turns out solid, tasty traditional Thai food.

Joining us for dinner were Markus and Tam, Tam’s sister Pune, his childhood friend Issara, and Markus’ friends Tim and Daniel, who were in from Singapore.

Markus tried to “surprise” us with dessert – a plate of ice cream scoops decorated with candles – but was up and down checking with Pete and was practically bouncing with anticipation, so much so that there wasn’t much of a surprise to it.  Nonetheless, it was a nice gesture and we enjoyed the evening. 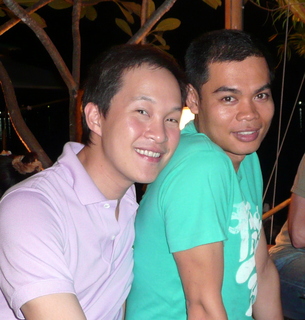 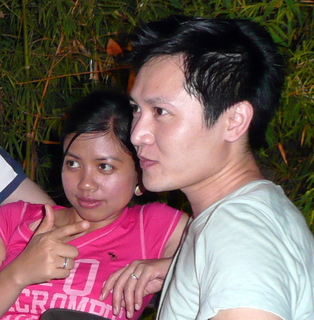 Above left: Tawn and Tam.  Above right: Pune and Issara.  Below: Tam and Markus. 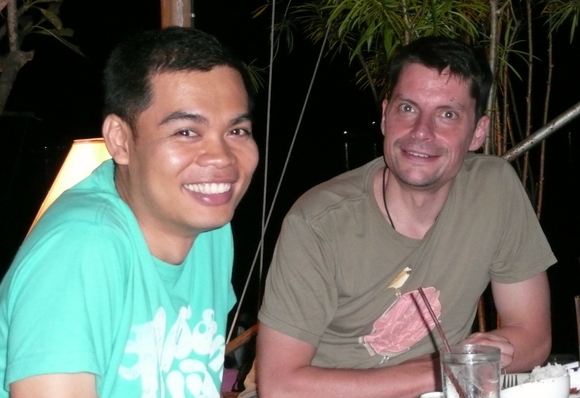 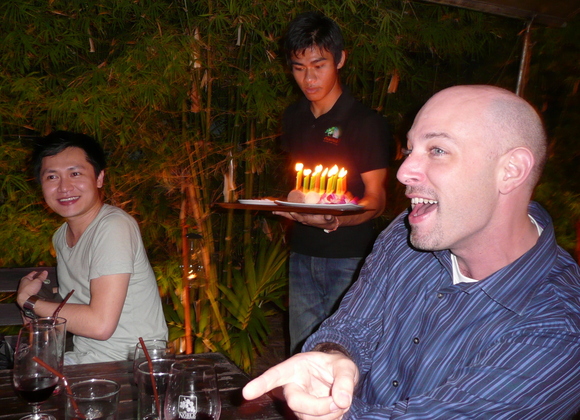 Above: Pretend to be surprised, everybody!  We were singing “Happy Birthday” so loud that it wasn’t until later that we found out the restaurant actually played a recorded version of this song at the same time.  Below: Birthday boys pose for pictures from multiple directions. 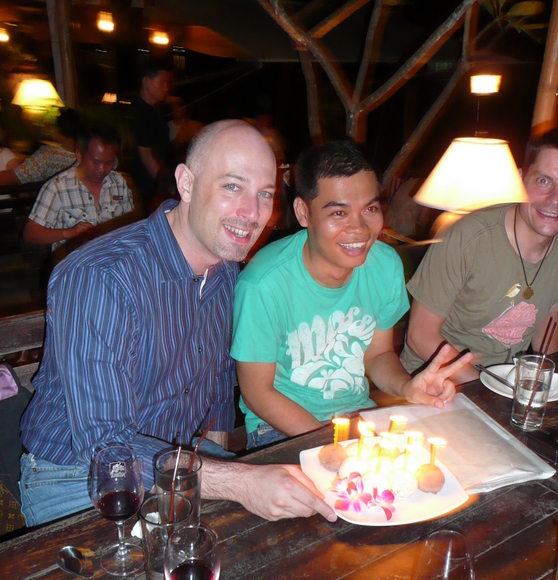 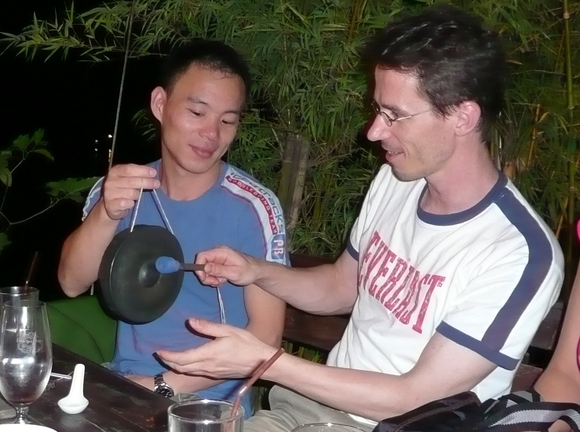 Above: The restaurant has a tradition that if you tip more than 50 baht, you get to bang a gong.  Here, Daniel holds the gong while Tim prepares to give it a whack.  Reminiscent of the 1971 T-Rex song, which many readers may better know by the 1985 cover recorded by super group Power Station.

3 thoughts on “And the party continues”