Saturday morning at Starbucks in Hong Kong.  It is a sign of how much things have changed in the Pearl of the Orient: when I lived here in 1998-99, there were no coffee shops in Kowloon and only a few on Hong Kong Island.  There was a small (room for two seats) espresso stand in Tsim Sha Tsui just behind the Kowloon Hotel.  Some mornings I would take the MTR all that way in from Kowloon Tong to have my coffee, then commute back up to Mongkok where AMC’s pre-opening office was. 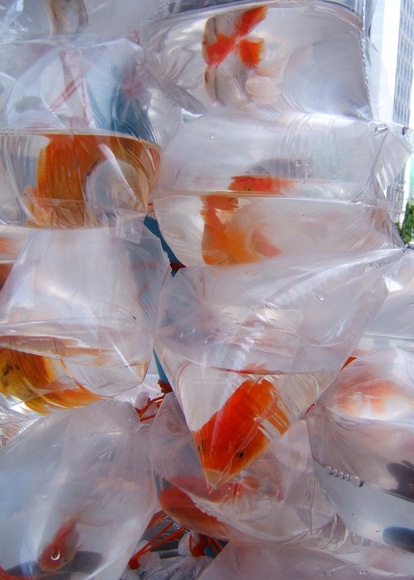 I should walk over and see if that coffee shop is still there, as we’re staying at the Kowloon Hotel on this trip.  There are plenty of Starbucks and Pacific Coffees to choose from these days, though.

Speaking of coffee, I decided on the occassion of my illness last Monday that I was going to kick this caffeine habit.  I had made it to the point where each morning I was drinking two or three large mugs of coffee at home and often having another one or two cups during the course of the day.  I’m not necessarily opposed to the occassional cup, but I shouldn’t be consuming that much each day.  So far I’ve made it five days without any coffee.  This morning while working on my laptop at Starbucks I did have a tall decaf latte, but I think the point is the caffeine, not the coffee itself.

Right: An interesting pictures of the wares of a goldfish vendor.  Dozens of bags are tied to a two-meter length of PVC pipe, which the vendor carriers down the street.  Pity those poor fish, cooking in the noonday sun.

We made it to Hong Kong yesterday morning with no difficulties.  Our departure was 8:20, not unreasonably early, and our flight was on Cathay Pacific.  Cathay won Air Transport World’s Airline of the Year award in 2006 and I was keen to try their service.  While only a little over two hours’ long, the flight was very pleasant.  Attentive service, generous portions of good food, a wide selection of audio and video entertainment, and laptop power in the economy class seats.  Yes!

Below: The morning sun shines through the ceiling at Suvarnabhumi Airport.  Tawn and Chris in the very last row of the plane. 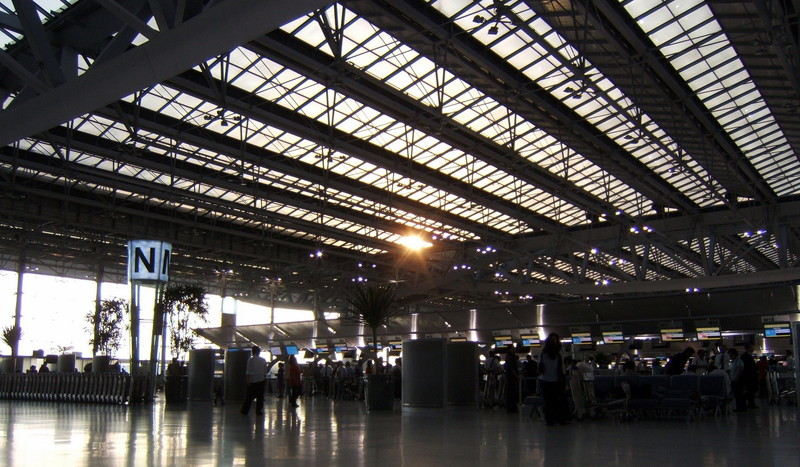 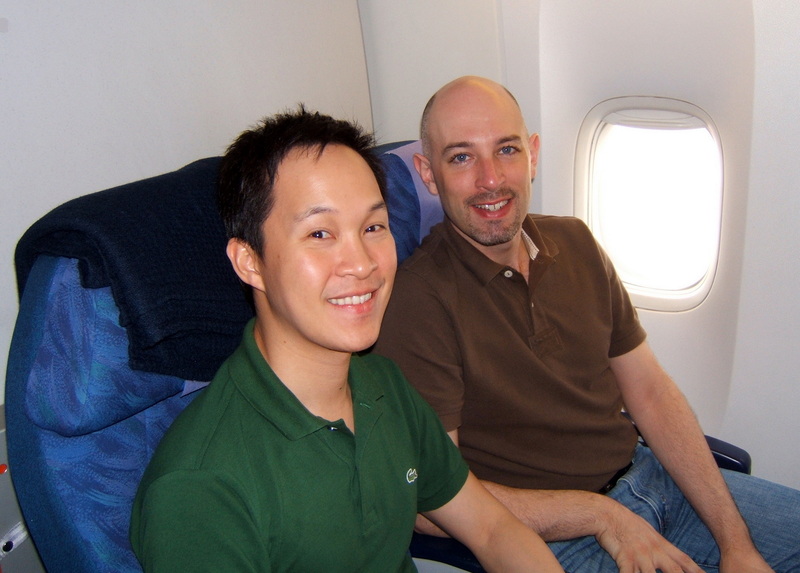 On the way into Hong Kong, we had a fantastic view of of Hong Kong Harbour including the old Kai Tak airport.  One thing I’ve always liked about Hong Kong is that the skyline is so picturesque.  It really is beautiful. 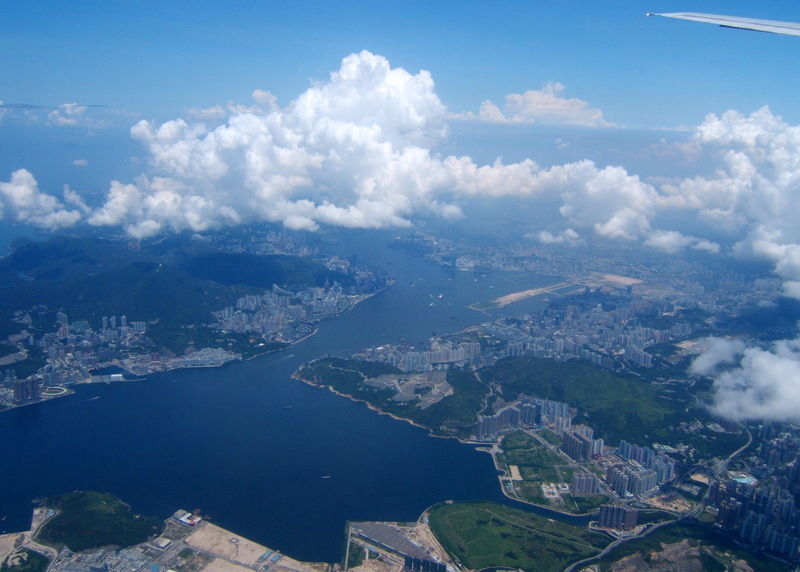 We arrived at noon and found long lines in immigration, but were through in about forty minutes.  Part of our tour package included transportation from the airport, so we were riding in this mini bus with a dozen other people, all of whom were dropped off first.  When we finally arrived at the Kowloon Hotel at 2:30, we were starving.  We went for dim sum at Chuk Yuen Seafood Restaurant on Hankow Road, just around the corner from the hotel.

Tawn’s aunt’s borther-in-law, who moved to Hong Kong from Bangkok about 50 years ago, brought them there last weekend.  Despite being in a very touristy area, the place was filled with locals (at 3:00!), the servings were generous and the ingredients very fresh.  We were so full afterwards!

I’ll wrap up the entry now, as Tawn should be waking up soon.   More soon.