There are a handful of restaurants in this world that I love and always look forward to visiting again. Little Bao, a hole in the wall Chinese burger bar in Hong Kong’s Mid-Levels, is one name on that short list. The good news is, I no longer need to travel to Hong Kong to enjoy the inventive, well-executed food: Little Bao BKK just opened! 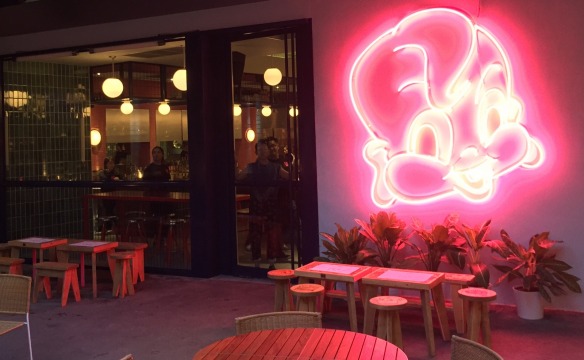 Tucked in the back of the 72 Courtyard community mall on Thong Lor, Little Bao BKK is nearly as hidden as its HK sibling. But once you spot the giant neon bao boy, you know you’ve found it! We visited on the second day of business and the chef, May Chow, saw us from the doorway. 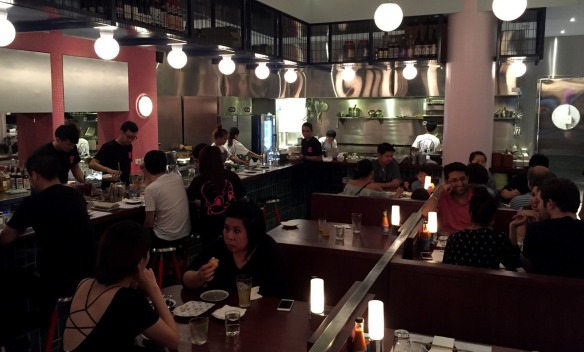 The space is several times larger than the original location and is designed with a contemporary feel that is influenced by classic Hong Kong diners of the 1950s and 1960s. They still do not take reservations, but with the larger space I suspect a seat will be easier to get than in Hong Kong. 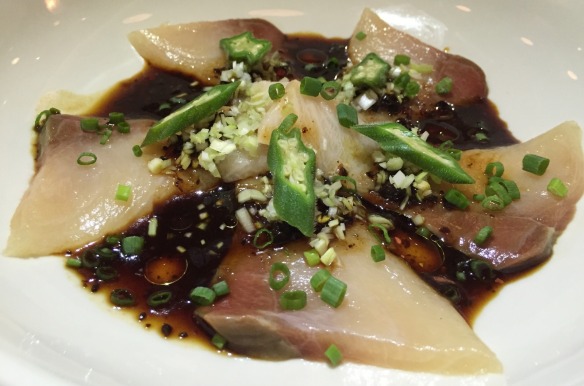 The menu is largely the same as the original location with just a few extra dishes. The execution meets the same high standards as the original with only a few minor exceptions, all of which are understandable given the newness of the team. Above, yellowtail with black bean ponzu and okra. Tasty combination of textures and flavors. 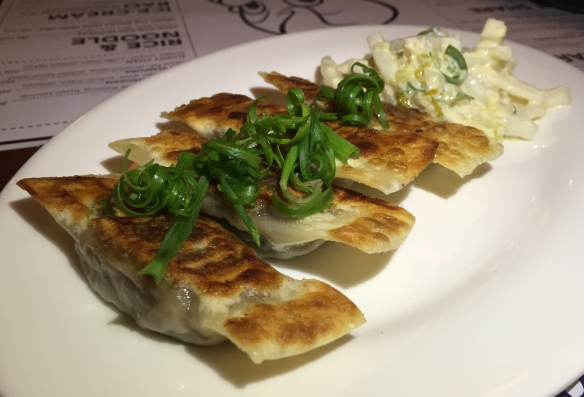 The pulled short-rib pan fried dumplings with coleslaw is a favorite from the original menu. The meat is very tender and the dumpling has a crispy side, again offering a contrast of textures that is fun to eat. 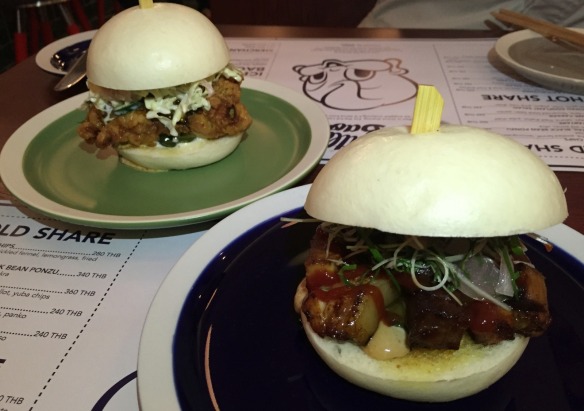 We ordered two of the classic bao, the steamed Taiwanese style buns that are sliced in half and then filled hamburger-style. In the foreground is the pork belly with shiso leek, sesame dressing and hoisin ketchup. In the bak, the Sichuan chicken with black vinegar glaze, Sichuan mayo and coleslaw. Both met expectations, although I found the chicken sauced a little more heavily than in HK, causing a bit of bun failure.

Interestingly, the HK branch makes a bit deal about having a “no bao cutting” policy, but in the new location, knives were provided. I do agree, though, that cutting the bao smashes the bun and destroys the product’s integrity. 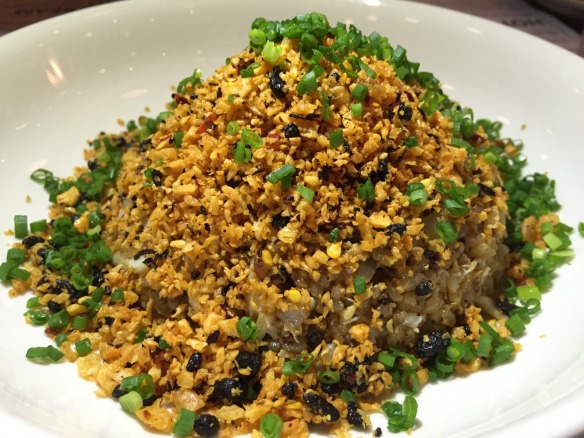 One special item is the “under the bridge” crab fried rice with chili garlic, black bean and shiso. The texture of the fried garlic is a pleasing contrast but it was a bit overpowering after a few bits. Also, you’ll notice that the “shiso” isn’t shiso at all, but green onion tips. We inquired about this and after a few minutes, the wait staff explained that the kitchen was out of shiso. Which is a shame, because the citrus flavor of shiso would have helped tame some of the heat of the garlic. 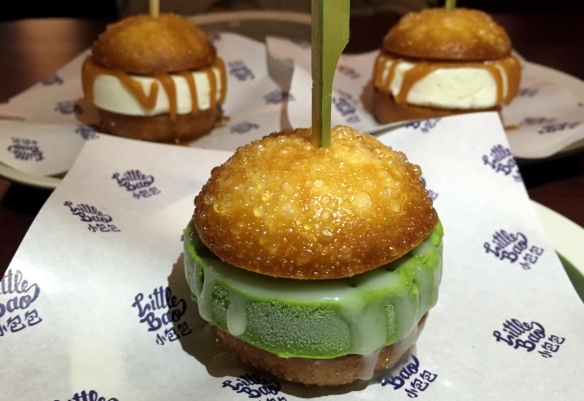 For dessert, we ordered my all-time favorites: the fried ice cream bao. The bao buns are deep-friend, allowed to cool slightly, and then filled with ice cream: green tea with condensed milk in the foreground and salt ice cream with caramel in the background. This was almost as good as in HK but I found the buns a bit oily and the green tea ice cream tastes chalkier than I remember it in HK.

Overall, the restaurant is off to a good start. We noticed a few disconnects where supporting items on the menu did not match the ingredients that arrived on the plate. The staff was less engaging than in HIK and also less proactive. Again, we visited on their second day of business so these are things that we can expect to be resolved soon.

Meanwhile, I recommend this to everyone in Bangkok and any friends who are visiting. If you haven’t caught Little Bao in HK, here’s your chance!