Just like the surprise return of a critically-acclaimed but unpopular television series, my attempts at urban gardening are back for another season. The story of a green-thumbed underdog trying to coax vegetables to grow in a balcony planter under the hot and humid Thailand sun had a well-documented first season. This season’s theme is “hot and humid tomatoes”. The soil is more fertile and the vines better supported, but will the plants yield any fruit? Tune in to find out! 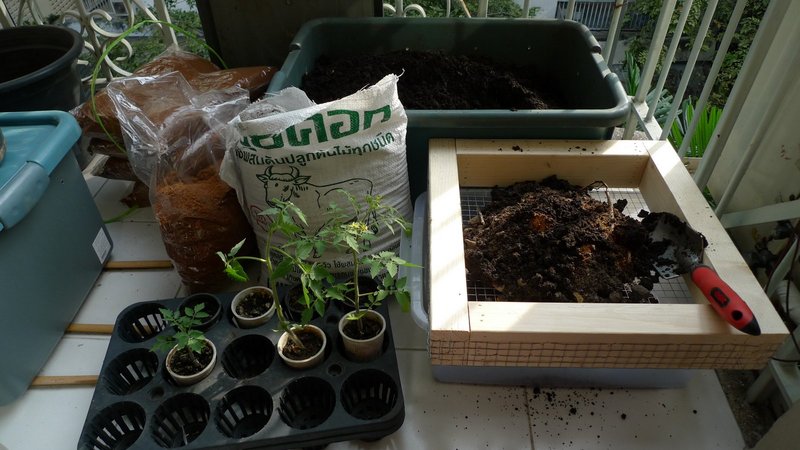 I ended last season (which, because of my south-facing balcony, is roughly November through April) realizing that my soil had too much clay in it and that I was growing tomato varieties ill-suited to the heat and humidity of Thailand. Tomatoes like hot weather but most varieties require relatively cooler nighttime temperatures so the fertilized blossoms set.

To address the first issue, I ended last season by creating two compost bins, filling them with the remaining soil from the first season’s plants, and adding kitchen scraps, coffee grounds, and eggshells every week. The earthworms bred like rabbits and by December, I had a much better quality of soil. 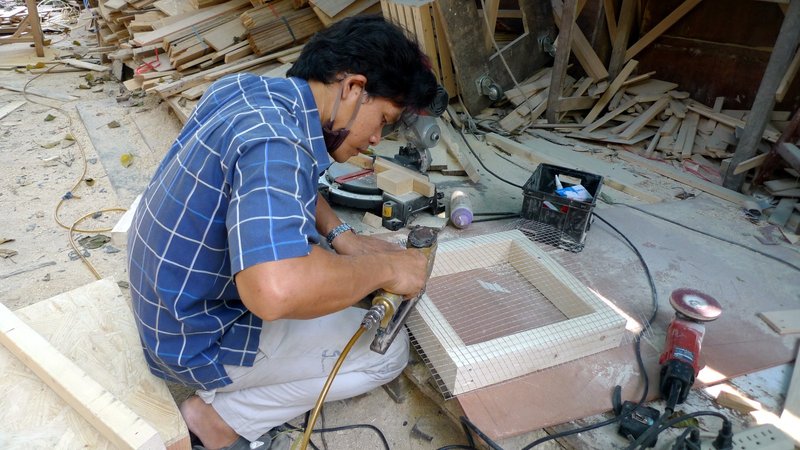 To remove the clods, stones, and other debris, though, I needed a dirt sifter. Dragging my personal assistant to the port-side wood working district, we arranged for a local carpenter to build a sifter using some chicken wire I purchased at the hardware store and some scrap wood from a packing crate. The sifter worked perfectly and over the course of a few mornings, I removed the larger objects from the soil while amending it with ground coconut husks (perfect for aerating the water and helping to retain moisture) and steer manure.

To address the second issue, tomato blossoms not setting, I ordered the “Tropical Hot and Humid” seed collection from TomatoFest.com. Among the varieties I received are, from left, Radiator Charlie’s Mortgage Lifter, the Hawaiian Currant, and the Arkansas Marvel. They are all heirloom varieties and all are supposed to do well under tropical conditions. 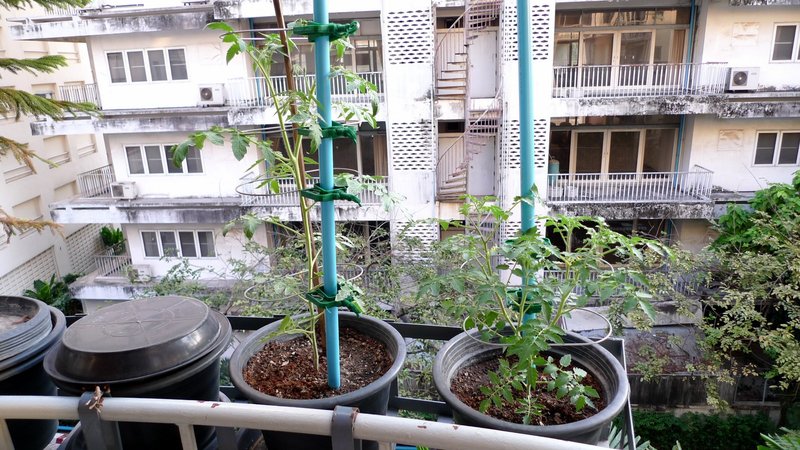 Season two is well underway with the first blossoms starting to appear on a variety called Anahu, left, and the Hawaiian Currant, right. Last weekend I transplanted seedlings for the Mortgage Lifter and Arkansas Marvel, and planted seeds for another three varieties including the delicious sounding Chocolate Stripes.

We will see what happens and whether the improved soil and more carefully selected varieties will be sufficient to make my garden a productive one this season. Otherwise, I may just have to give up and be content with herbs.

0 thoughts on “How Does My Garden Grow – Season Two”