In the past few weeks, I’ve had the opportunity to meet several Xangan friends. In addition to meeting Jason (Wangium) for dinner at Nopalito in San Francisco, I met with Andy (ungrandvoyage) in Mountain View, and Kenny (kenpcho – not really active anymore) in Cosa Mesa. I’ve known all of them for some time and had met them before. 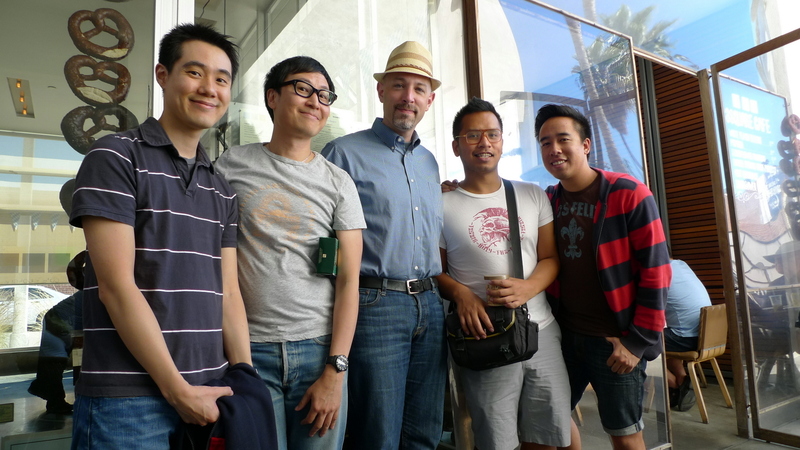 While in Los Angeles, I also had to opportunity to have brunch with Gary (currypuffy – to my right) and Jimmy (Rm2046 – to my left), along with their friends William and Chris. Wonderful brunch at 3 Square Cafe in Venice Beach and I appreciate them making the time to see me. Sadly, Jimmy has been AWOL from Xanga for two years. 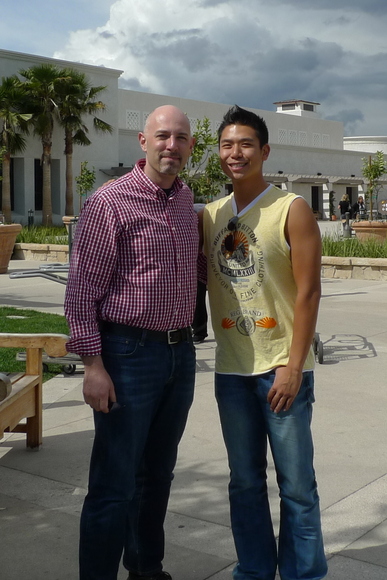 After several years of knowing and just missing each other on my travels to the Bay Area, Kevin (Devilgaysianboi) and I finally had the chance to meet while I was in Southern California. He’s every bit as nice as he comes across on his blog.

There are still plenty of Xangans I haven’t yet me whom I hope I’ll someday meet. These include, but are not limited to, the two Megs (Passionflwr86 and TheCheshireGrins), Val (murisopsis), Sheldon (brooklyn2028), Vivek (Dezinerdreams), Ben (bengozen), Alex (Roadlesstaken), Aaron (kunhuo42) and of course Matt (the appropriately-handled ElusiveWords). Well, I still have my whole life ahead of me, right? 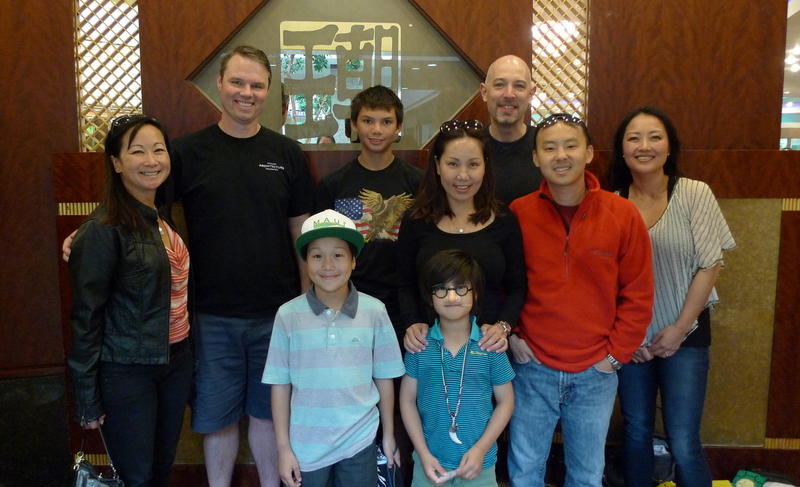 Of course, the trip wasn’t all Xangans. I also met with my high school friends (including their children and nephews, some of whom are pictured above). It was the seven-year-old (in the Groucho Marx glasses) who spurred me to finally cave in and buy a smart phone. During dim sum, the children were playing with their parents’ smart phones. Joaquin asked if he could borrow my phone. I fished out my inexpensive, old Nokia candy-bar phone. He looked at it for a moment, looked at me, and then said, “No, Uncle Chris, your real phone!”

I went to the Apple store that afternoon. 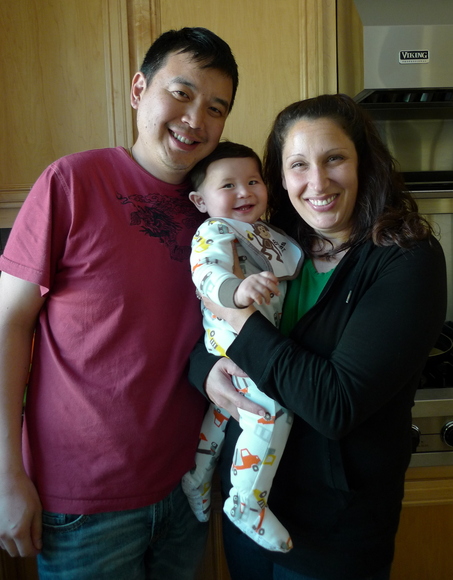 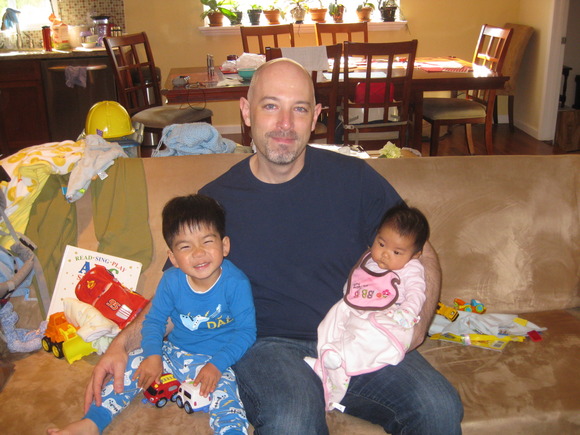 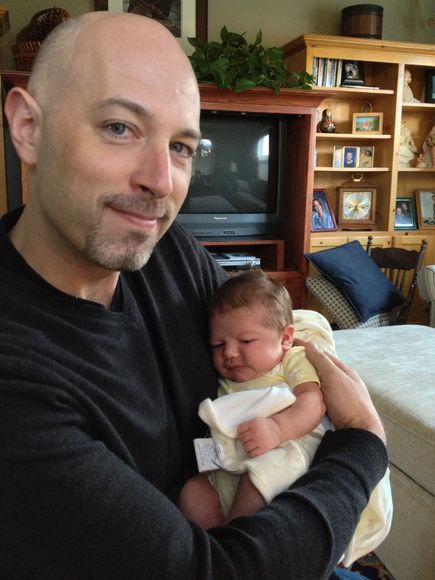 This US trip was also the visit of babies, several of whom have been born in the last six months and all of whom I was pleased to spend time with. None of them starting a Xanga account yet, but at the rate that young people are adapting to technology, I expect they should be ready to blog by kindergartern. 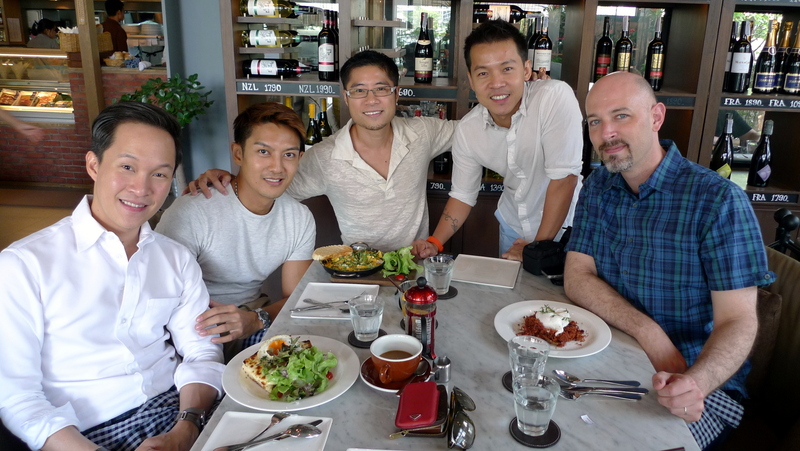 No sooner had I returned to Bangkok than another pair of Xangans (well, former Xangans – how long can you be away before we give up hope that you will blog again?) came for a visit. Aaron (toypetfishes – the middle of the picture), who was the one who introduced me to Xanga more than seven years ago, and Tae (sagicaprio – between me and Aaron), shown here at brunch along with Tawn and our mutual friend Louis.

I’m amazed how many people from Xanga I’ve had the chance to meet in real life – 32, based on a quick count from my friends and subscribers list. That doesn’t include about a dozen relatives or friends I already knew who post (or used to post) on Xanga. Pretty successful for a social networking site, no?