On an episode of Top Chef Masters, chef Hubert Keller prepared a dish called baeckeoffe, an Alsatian baked stew. It had an interesting back story and I decided to try making it. 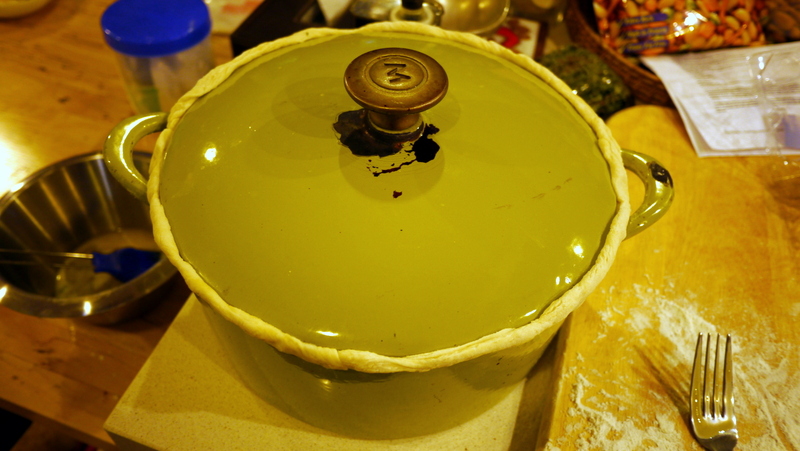 As he explained it, baeckeoffe, which means “baker’s oven” in the Alsatian dialect, was a traditional dish prepared on Sundays by the women of the village. They would marinate meats and potatoes overnight in white wine, juniper berries and herbs. On Monday morning, which was washing day, the women would drop their ceramic pots of baeckeoffe at the baker’s who would seal the lids with a strip of dough and then put them in the oven after he was finished baking the bread. The women would return after a day scrubbing clothes in the river and pick up the cooked caserole.

While the traditional recipe includes beef, pork, and lamb, I made mine with only pork. I then brought the caserole to my friend’s house and used her oven to bake it. The video showing the breaking of the bread seal and the opening of the pot is above. The opening was more of a challenge than I had expected. 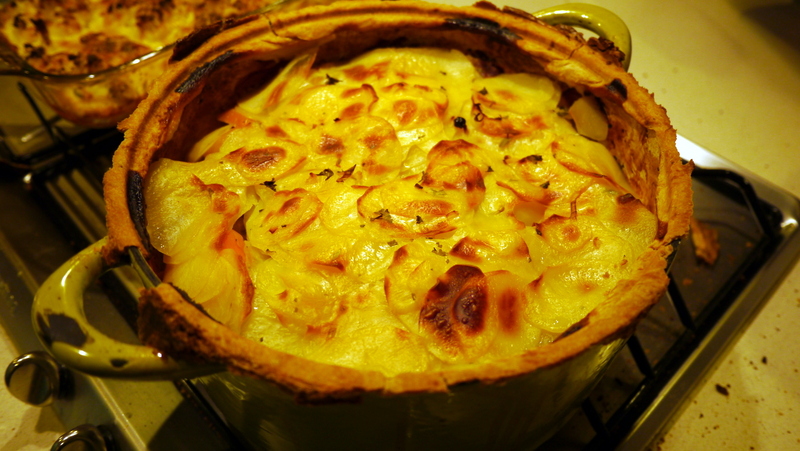 The end result was very fragrant and the meat was tender. The bread seal was flavorless, though, and overcooked. As I understand it, though, it was never meant to eat; instead, it was designed to provide a tight seal to hold in all the moisture. 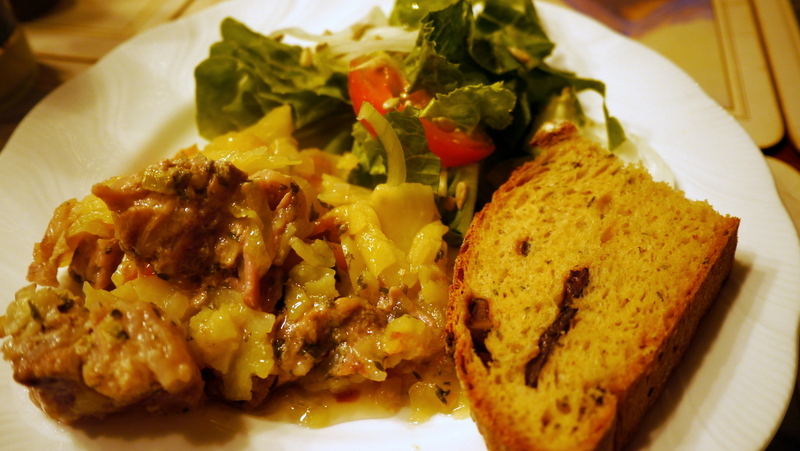 0 thoughts on “First Attempt at Baeckeoffe”